Posted by RoadRedemptionTeam on Apr 27th, 2013

While we were originally planning to go with a design inspired by a Harley-Davidson chopper, we thought this was so damn badass that we couldn’t pass it up. 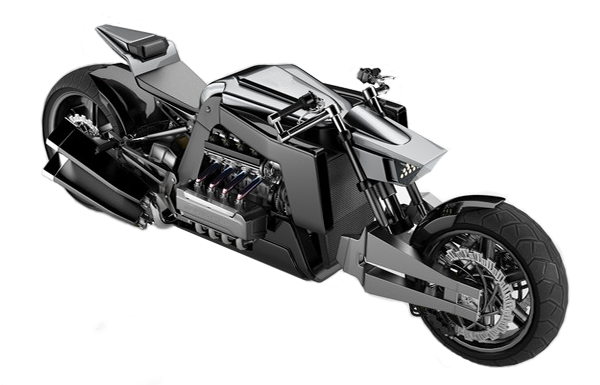 The D-3X70 has a billet aluminum body on a steel frame, a blazing fast 8.2liter V8 engine, and retractable hydraulic handlebars. It’s incredibly unique look makes it stand out from all other bikes in both the singleplayer and multiplayer game.

The D-3X70 is a reward for backers only, and will never be included in any of Road Redemption's post-release content updates.

We’d like to thank you all again for the amazing amount of support and suggestions. Please keep sharing Road Redemption on facebook and twitter. Thank you.

Roadrash-like game! That's what i've been waiting for years!