In which we examine the major additions to Beta 0.7.

"It's been a while since the last update. Progress on Scaffold 22 has been steady - albeit a tad slow. I'd like to take a moment and interrupt the faction showcase series to introduce some of the major features of Beta 0.7, after which we can get back to business as usual."

"Read the laws. Test your genetic makeup. I'm more human than you."

- Antagonist to Vine, on first encounter

Perhaps the most notable addition to the new version of this futuristic cyberpunk adventure, which is scheduled for release next month, is the expanded intro sequence that - when fully explored - triggers a passive investigation mission. This runs concurrently to the main plotline and allows the player several opportunities to act upon facets of the plot that would otherwise be impossible to explore. 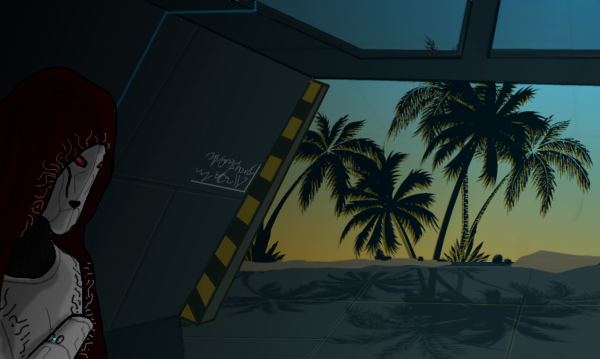 For example, the player can forsake their primary role as a hunter and join forces with the antagonists, inverting roles to bring about the slow but steady decline of Scaffold 22. Or one could operate undercover to sabotage the antagonists' efforts. Or patiently wait until one has become a trusted ally and then turn on them. Or simply throw up ones hands and walk away. Numerous new progressions have been opened via this investigative line, granting the player greater freedom and allowing deeper insight into the true nature of the conflict. 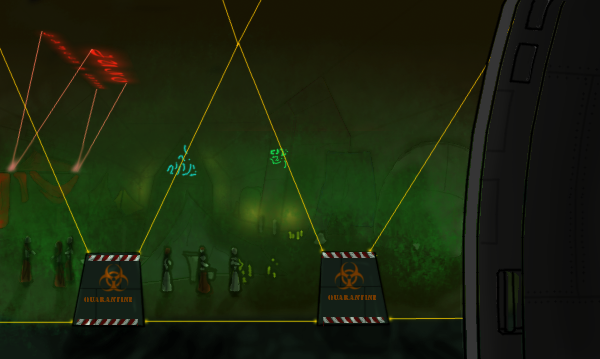 "Listen up everyone. I'm a sanctioned hunter. And we have a problem..."

- Vine, during an encounter on the Tramway

Another major addition is the expanded random encounter system, though calling it that is a bit of a misnomer. Most encounters trigger after a specific event, often as a consequence of the player's actions. This helps distribute hostile (or simply undesirable) interrupts over the course of the story, regardless of which path the player chooses, and offers a guideline as to how prepared one is to face off against foes at this point in the story. 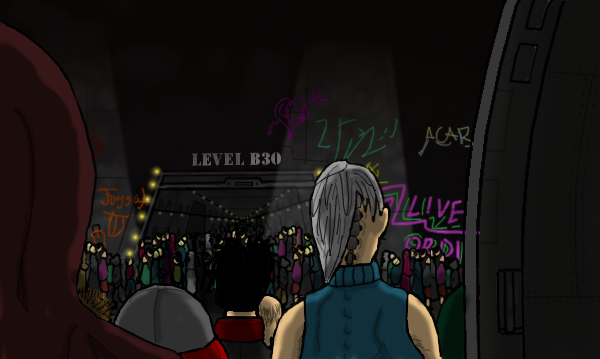 Most encounters will occur in the same place they did before; in or around the Tramway system, though some events can trigger when entering or leaving major locations. It's always advisable to be prepared for unexpected conflict, especially during the later stages of the game.

"It's time you stepped aside, hotshot..."

In part due to the increased difficulty brought on by random encounters, and in part to make combat more interesting, the importance of status effects (plasma, gas, shock, and dazzle) has been increased. Not only do these effects prevent the enemy from acting as they did before, but various 'combo attacks' are now possible. To be precise, the list is:

- Neurotoxins: once gas accumulates, can be combusted by shock or ignited with plasma

- Electroshock: if the enemy was affected last turn, a plasma weapon will cause arc-burn

- Plasma: if the enemy was affected last turn, a shock weapon will combust the gasses

- Holo-dazzle: increases chance of enemy being affected by all active status affects

In order to make these combinations more accessible, certain weapon upgrades have been changed to apply either shock, toxin or plasma damage types. This also has the fortunate side effect of making previously undesirable weapons and combinations more interesting and viable. Balance, or as close to that as can be achieved in a single player roleplay, is still a work in progress but this addition brings the system one step closer to completion.

There are several other changes coming to Beta 0.7, such as infection - caused by some abominations and viro-discs - the usual plethora of bugfixes, and content additions that were really overdue. Still, there's a lot left to do and Beta 0.7 won't quite be the holy grail in terms of completion.

In particular icons, artwork, animation and - maybe? - sound design need to be looked at in more detail. However, I'd like to re-affirm that the project is coming along swimmingly and Scaffold 22 is moving towards its final stages. With a little more polish, the experience will be as complete as the medium allows, and you'll have an expansive world to explore and enjoy on any device! 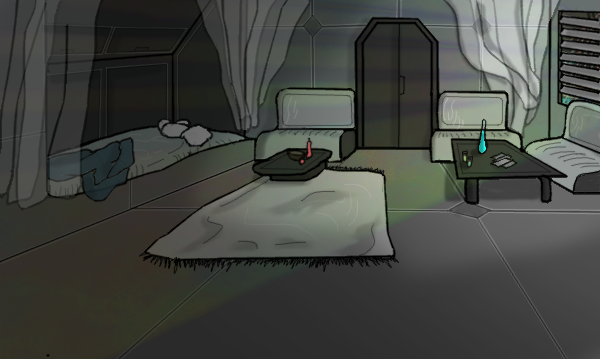 The 'brighter' side of Scaffold 22

This is where I'd usually urge anyone to play Scaffold 22 but, if you're really interested, I'd suggest you follow us here and wait a few weeks for the Beta 0.7 release as the current version (available via the website in the sidebar) is a tad buggy. Feel free to check it out none the less.