Lots of new assets done! Here's that custom lens flare I mentioned last week. Don't worry, in the final game all flares will be used tastefully, I don't want to go overboard with them. May the flares be with you. Also in the same shot, we see several of the new game assets I've been working on, namely all those metal environment pieces. Those will be re-used a lot for the rest of the game, so it's important to get them done as early as possible. 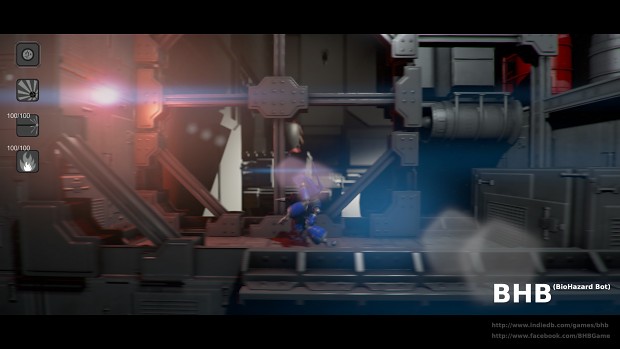 Here's the new hallway segment. This one I'm proud of. It's pretty low poly (2070 triangles/983 polygons) while the curved version is only slightly higher. So overall, it's pretty efficient. It uses a special custom modified shader to get the realistic fluorescent lighting. And lastly you'll notice how the segments cast light and shadows, that's all real-time, not baked (although I am using a neat little trick for the shadows that gives great performance). 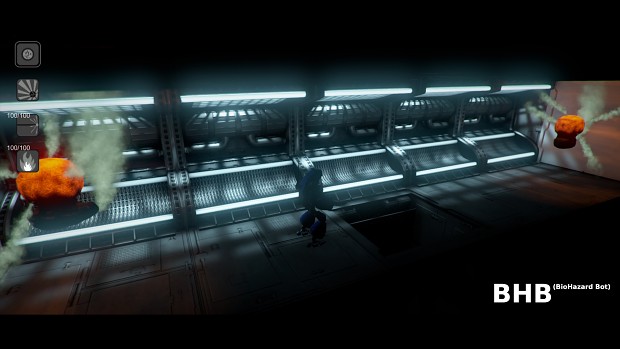 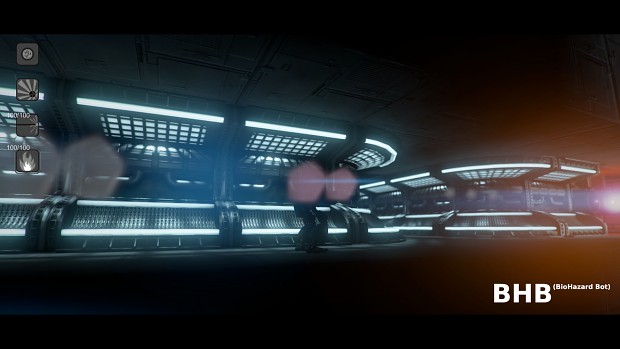 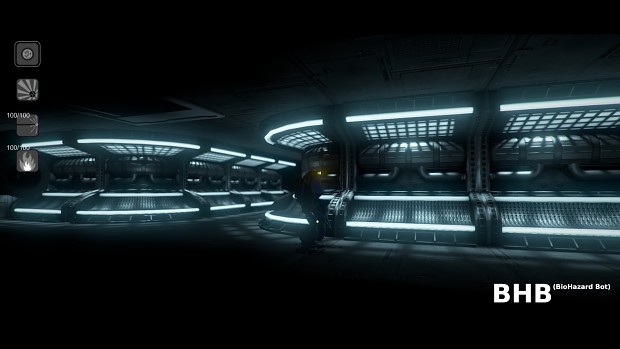 And lastly, I decided to cut down the gameplay trailer from last week into a more compact and direct teaser trailer. It's mostly using the same footage as the main trailer, just edited down a bit and it works a lot better I think. If you haven't checked out the original, this one is much better. I've also set up a youtube channel for BHB, so keep an eye on it. Youtube.com