Ancient Frontier, a new cinematic turn based strategy RPG is now on Steam Greenlight. Vote now to be able to play this game. Thank you!

Check it out here:

And here is some more information:

Fair Weather Studios is very happy to announce Ancient Frontier, our latest project. Ancient Frontier is a turn-based strategy game with RPG elements set in the far future. Players will explore, conquer, pillage, or liberate the frontiers of space.

The universe is built off of the story established in our first project, Bladestar, but takes it much deeper with warring factions, double crossing corporations, privateers, and galactic governments. Take control of massive fleets of capital ships and support craft and navigate the rich multi-faceted story of Ancient Frontier- the future of war. 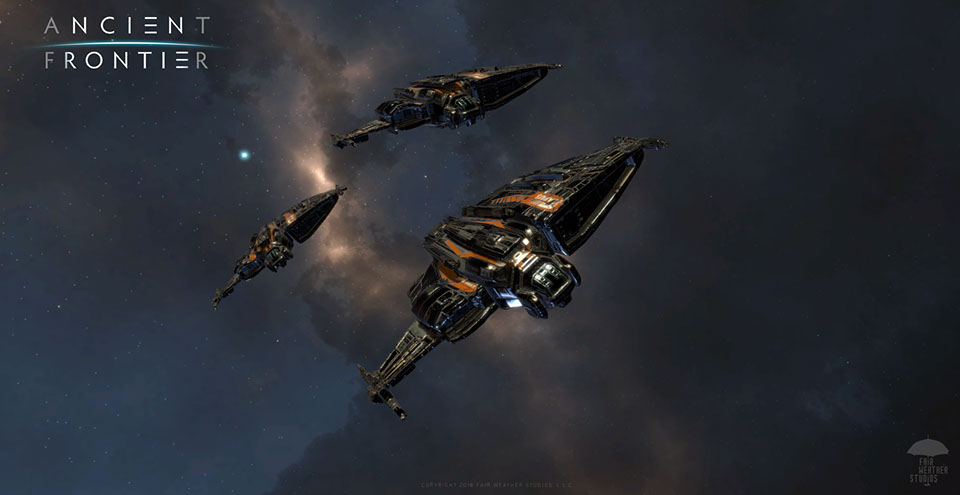 We started work on Ancient Frontier back in January of 2016, three days after the release of our first project, Bladestar. We wanted to continue off of the lore groundwork we had already set, but with a very different type of genre - A turn based strategy game where you could control whole fleets of ships. This presented a whole new set of design challenges.

While we were using the same ships from the first game, it quickly became apparent that we were going to need to redo the ship models so that they looked right in the new game engine. Our first game focused only on smaller ships, fighters and some larger escorts. If we wanted to have huge capital ships on the board as well, those smaller ships would need to be tweaked so they looked right at the new scale.

We hope you enjoy what we have managed to put together so far. It has been an intense work schedule to get to where we are at 7 months later.

Will you defend the frontier?

Thank you! We are excited to share it with people.

I had not considered offering a font option. That can be difficult with how the UI is handled.... difficult but not impossible. I'll look into adding a font size resize in our options.

Thank you for your appreciation of the work we have done so far!