Each turn during the EiR campaign, the provinces tend to lose more or less stability to the Rebellion according to the way they are managed. Rebellion is the value...

Each turn during the EiR campaign, the provinces tend to lose more or less stability to the Rebellion according to the way they are managed. Rebellion is the value that determines the occurrence of rebellious events that can range from almost harmless ones (Someone drawing mustaches on the princess' statue) to catastrophic ones (A riot and your governor being hanged).

In this blog entry we do explain how all this is calculated by the algorithms turn by turn. A province heavily out of control will soon become a huge pain in the arse for your campaign, requiring constant attention, fights, and causing loss of money and resources. 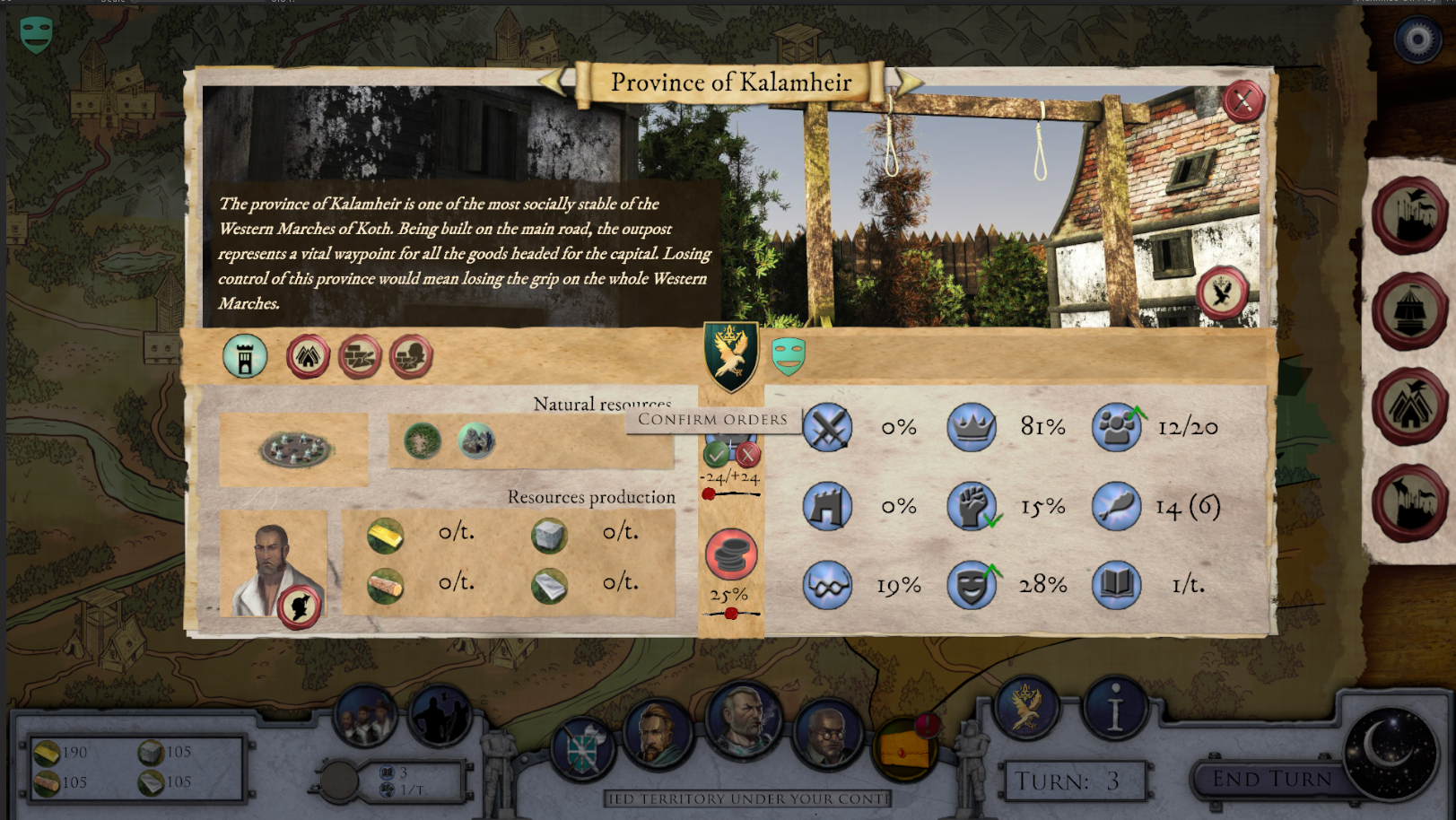 The chance for rebellion to increase at each turn is determined with the following formula: ChanceOfIncrease = Clamp(CeilToInt(100-Authority/1.5-Happiness/2),5,90) Some factors do influence the chance additionally, for example:

Therefore the chance is strongly influenced by the province authority value, happiness influences it but has a lesser impact, and no matter what, the chance will never bew lower than 5% and higher than 90%. 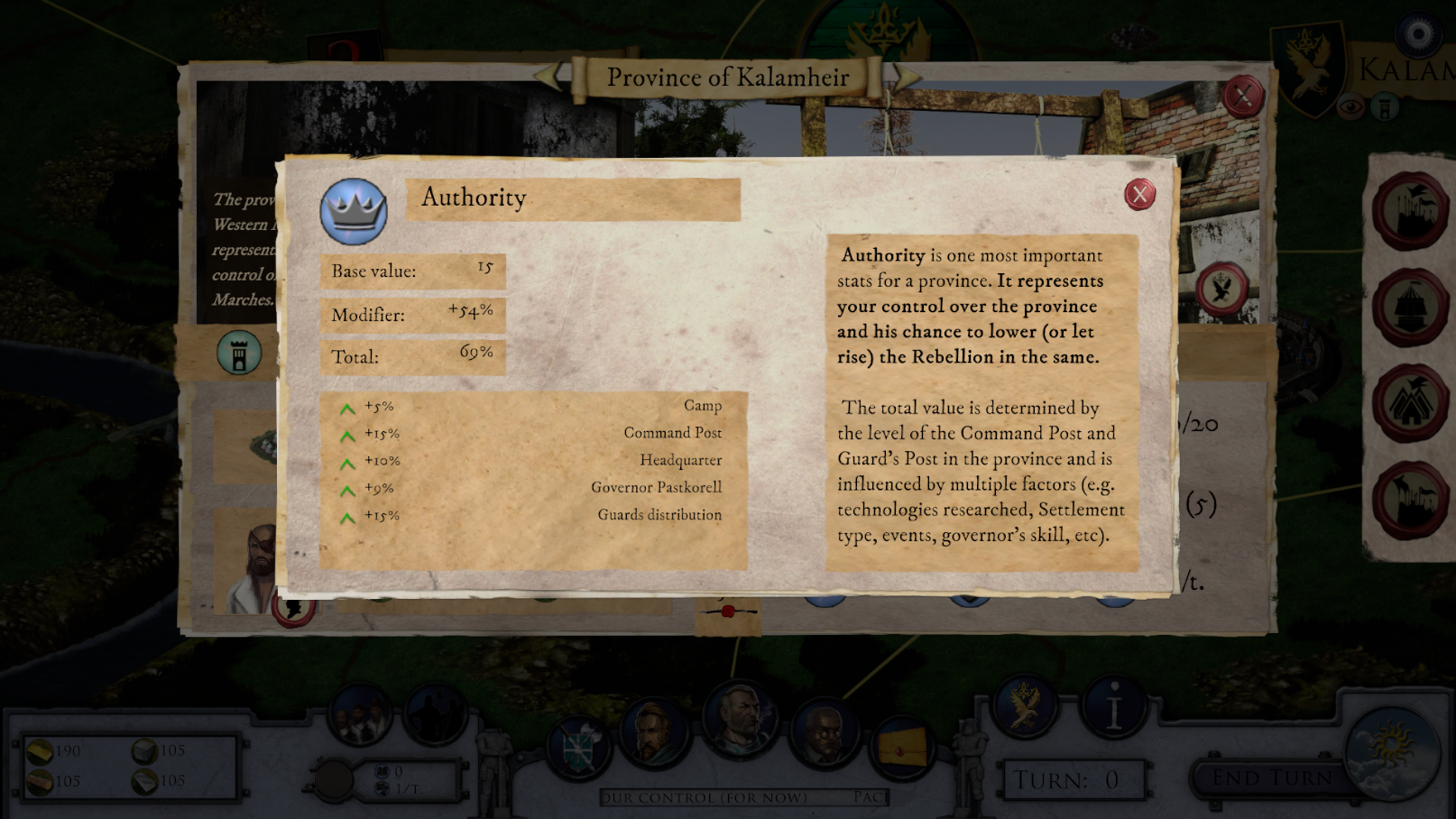 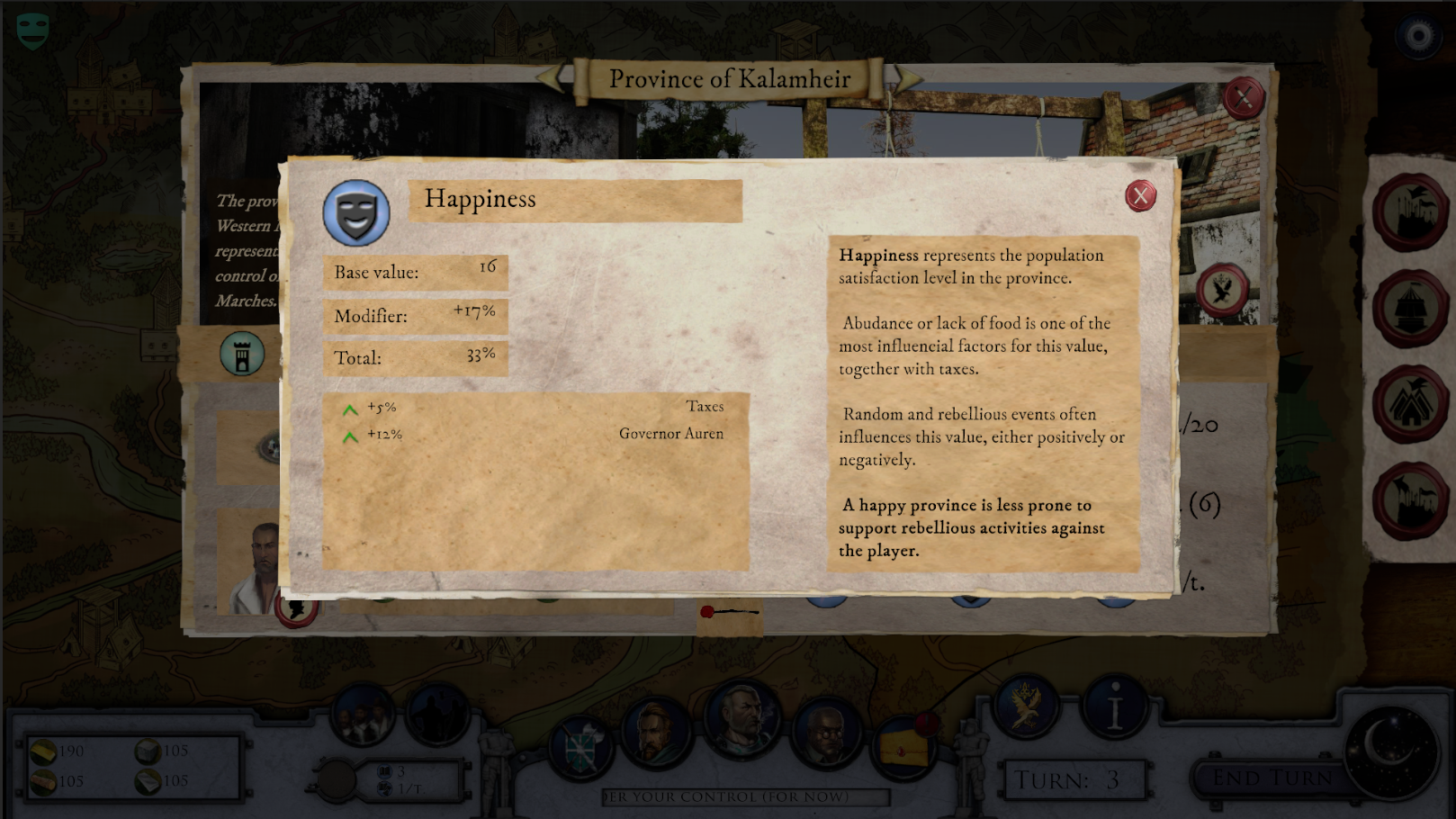 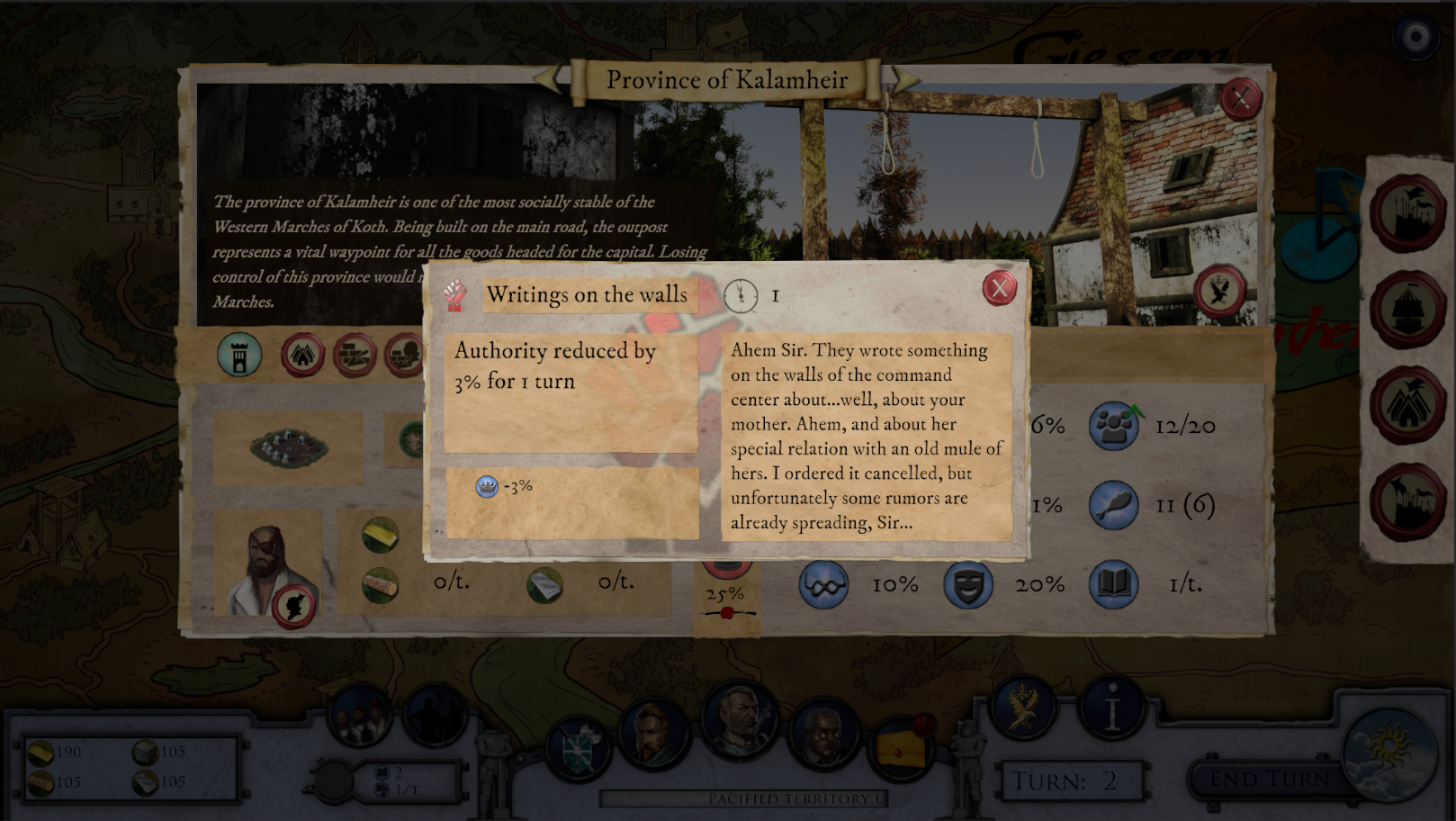 Once we determined if the rebellion increased or not, we do figure out if an event is gonna happen the next turn. This is determined by generating one random value between 0 and 99 (included) and comparing it with the Rebellion statistic of the province. The difference between the roll and Rebellion will determine the type of event (the lower the roll, the more serious the event). If the roll is greater than the rebellion value, no event will occur. 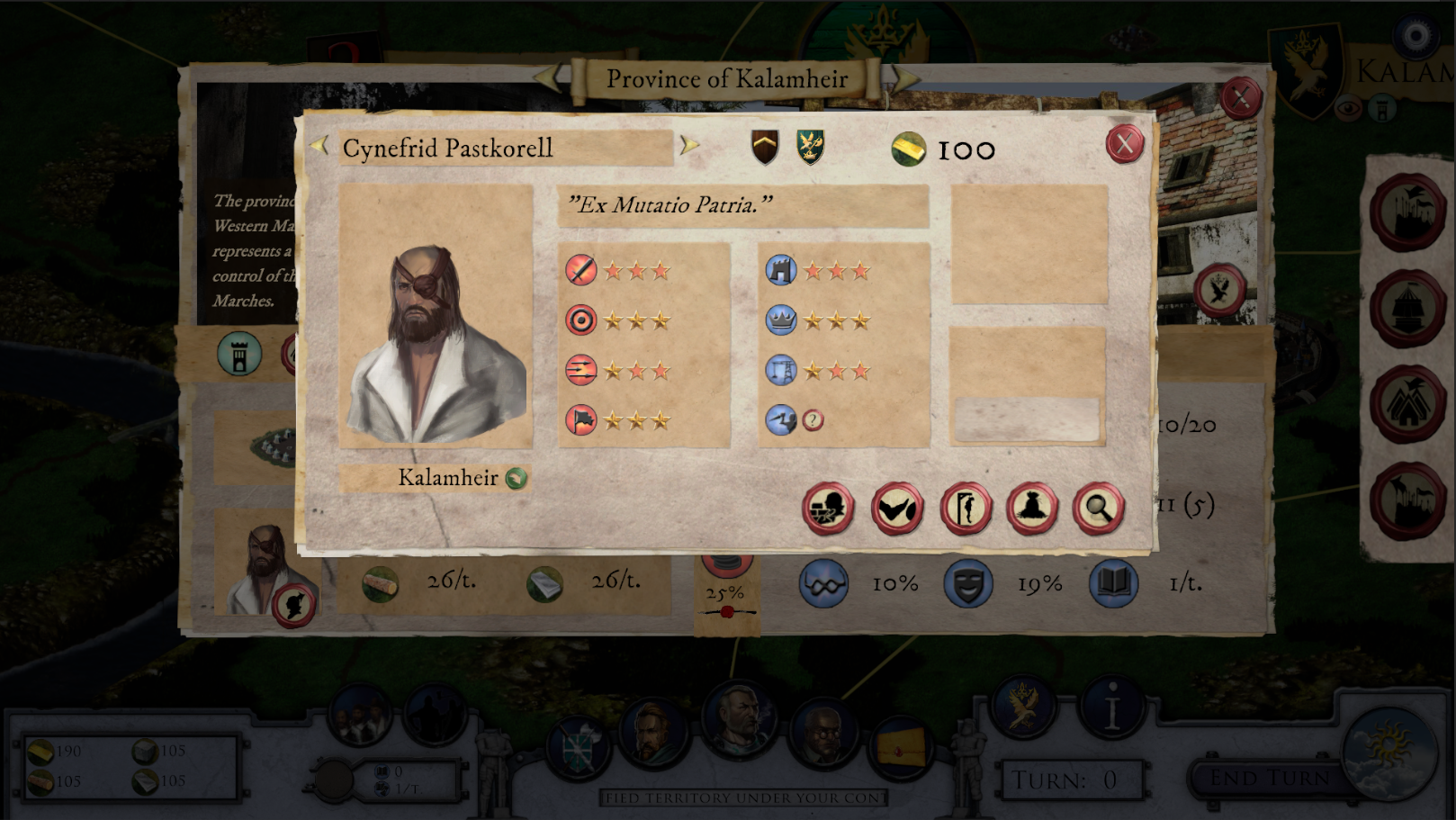 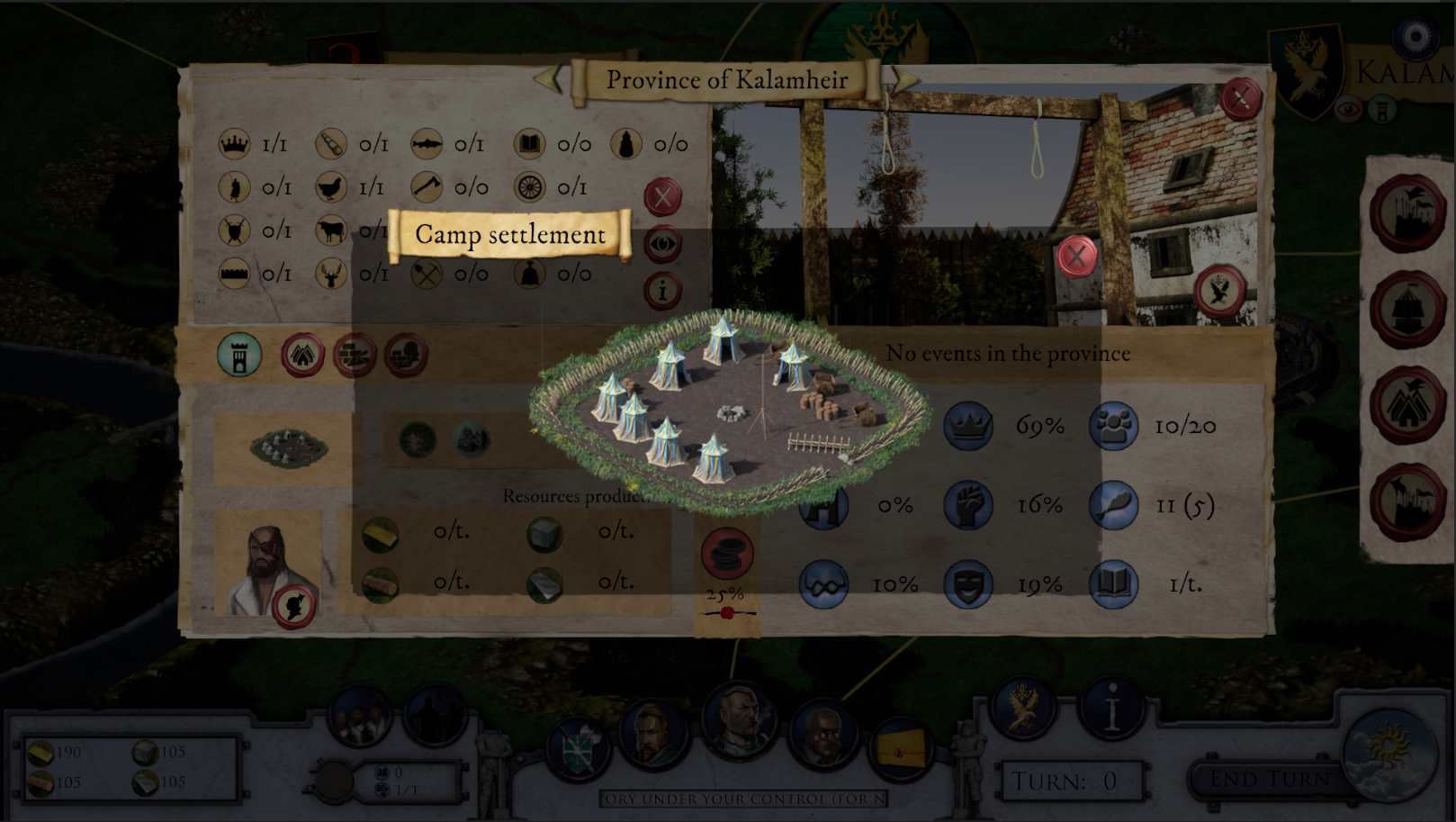 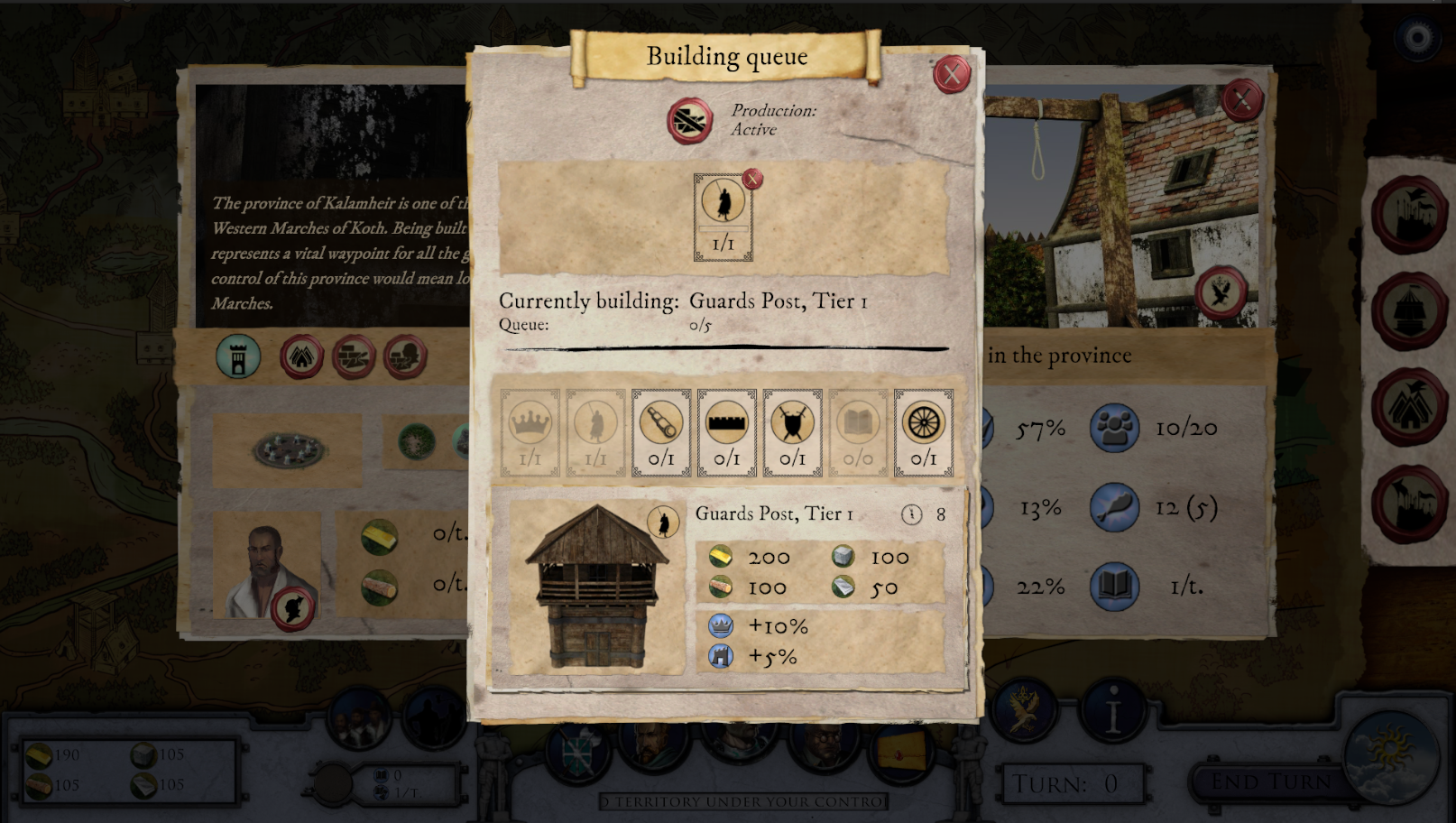 To rise Authority in the province: