Post news RSS Already some news about the next version !

News about the next version, (content, release date), bonus code for the 2.1.5, everything you need to know for two good months.

The number of IFSCL's next version isn't defined yet, but it'll have a lot of stuff, a third anniversary, it should be celebrated perfectly. Except the release date, you guys know it, the third anniversary of the IFSCL : the 13th of April !

The registrations for the Beta test will be announced in the coming weeks, and the periods would be relatively short this time, in order to not reject a lot of people.
Let's move on now:

One thing, the gallery has been updated with new pictures from the 2.1.5, for your eyes only : 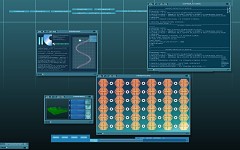 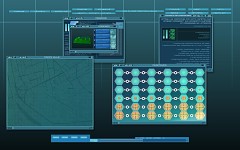 Besides the inevitable corrections of the version 2.1.5, keep in mind that new programs will be available. Not only there will ONE mission, but TWO missions will be added as well, so here are the names:

A mission that introduces some programs that you will guess easily (reproduced according to their appearance on the 4th season) and a new type of gameplay to justify a few times the heroes were blocked on earth.

A mission that is quite classic, but it is worth to represent an important gap in the chronology of Code Lyoko's story. And that introduces some new stuff as well.
Nevertheless, these two mission do not introduce all the new stuff and improvements that were added, so keep your eyes on the update list if you are curious.

Reminder: The final version of IFSCL, will have about twenty mission, and will cover the whole Code Lyoko story, from season 1 to season 4 (knowing that the missions only refer the key episodes of the serie)
Apparently, a big effort has been provided for this version that will come out in about 1 month or 1 month and half after the 2.1.5, don't be wrong ! The big effort wasn't done in 1 month only!
You can, from now, consult the list of updates already made. Other additions and improvements are currently being worked on .

Immu's Room code for the end : type in the command pannel :
"run, you clever boy, and remember"
(there is even a bug for the restart of the ifscl after enter this command lol)
If you don't know what is Immu's Room, I invite you to read the end of this page.

Curious, will this update allow you to take towers? And perhaps control what minions XANA spawns in sandbox? =)

there is a glitch where if you don't dematerialize vehicules before going into the past they will stay materialized. This happened when I was in sandbox and I didn't run a xana attack, yet I spawned the warriors to lyoko sent them to a tower while riding their vehicules and then ran the return to the past, while they were still on the vehicules and the vehicules were still materialized after the return to the past was over. Hope this helps!
p.s. I would love to get in contact with the creator(s) of this so if there is any way for that to happen let me know.

It has been fixed for next version. Thanks for report. You can read the FAQ first, there are many answers in it : Codelyoko.fr And if you don't find it, you can use the mail written on the IV.10 section ;)