Hi everyone, for this update we were mainly focusing on adding the Fruit Ripening & Regrow system with a couple of fruit ripe stages and the long awaited Sailing UI which makes sailing much easier in the early stages of the game. There is a new Collectible Old Knife and a couple of issues were fixed too. 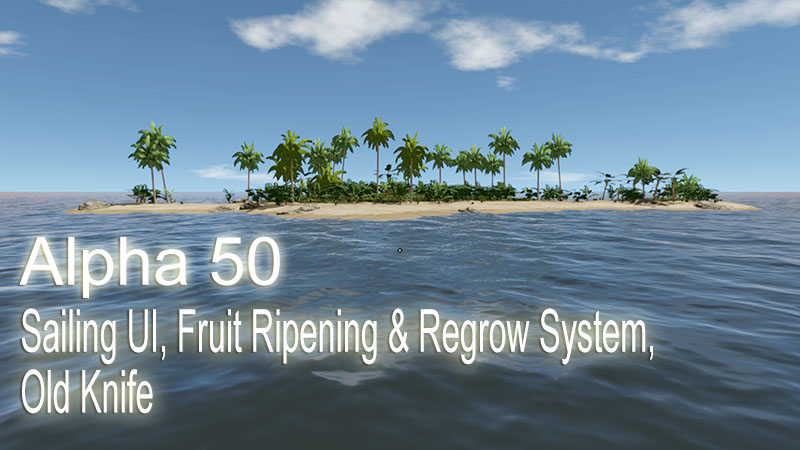 for this update we were mainly focusing on adding the Fruit Ripening & Regrow system with a couple of fruit ripe stages and the long awaited Sailing UI which makes sailing much easier in the early stages of the game. There is a new Collectible Old Knife and a couple of issues were fixed too.

The Fruit Ripening & Regrow system was a huge change in the game engine, brings many more interesting challenges and features and changes gameplay essentially. Existing fruits have gotten a couple of new models in different ripe stages and there's even more to come later during the development phase. The different fruit types have different ripe stages, ripe speeds and different regrow intervals. 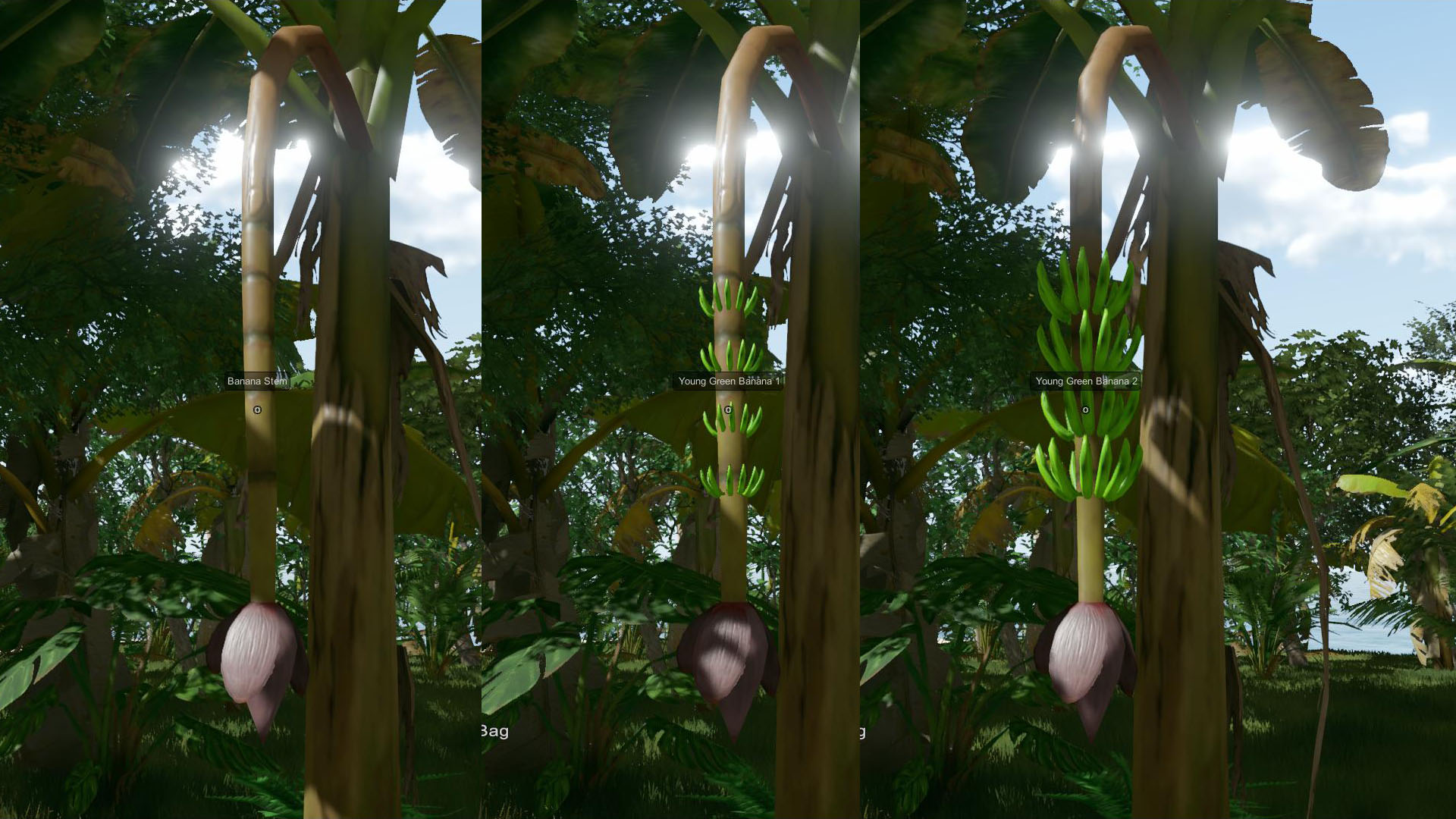 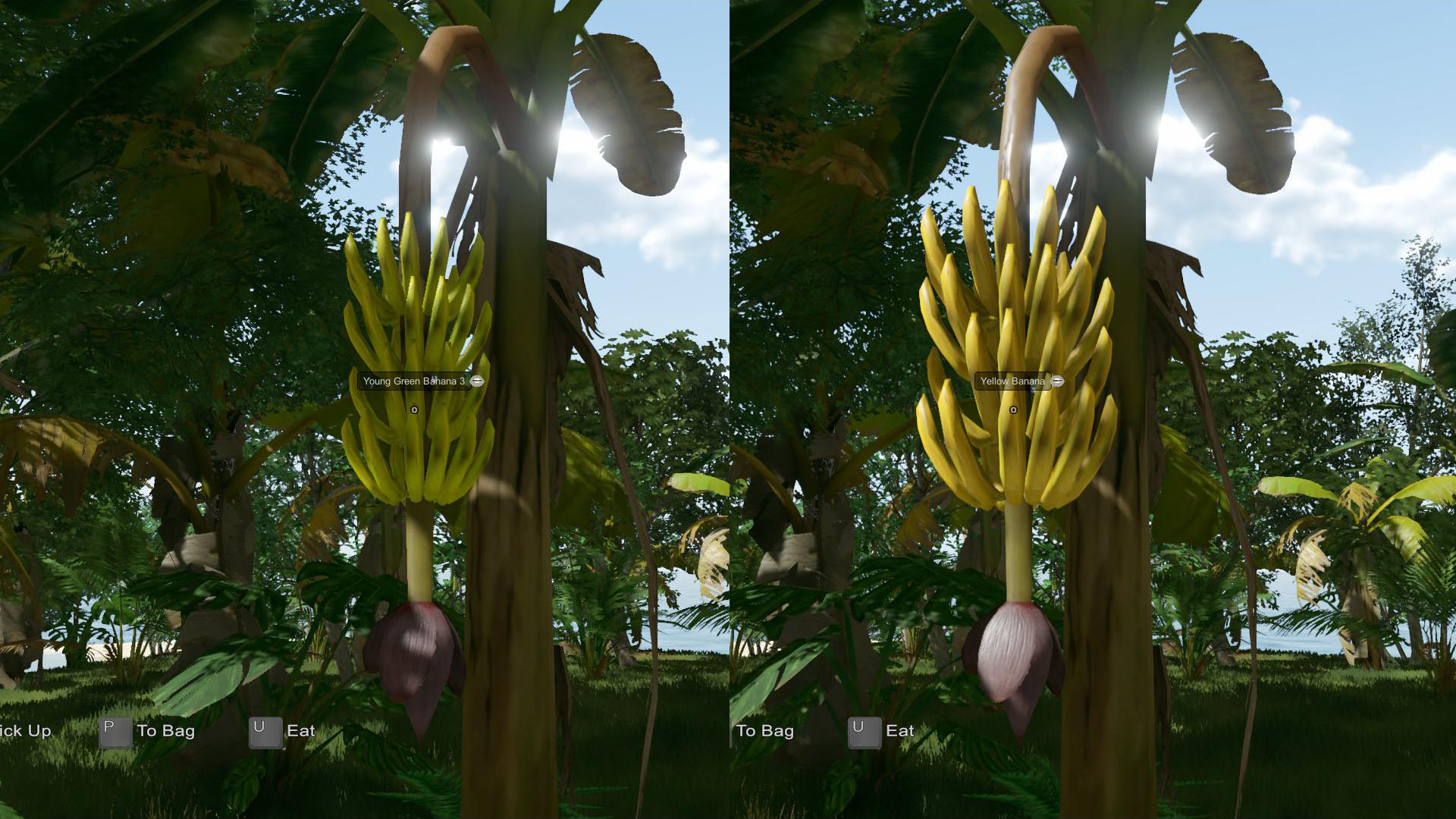 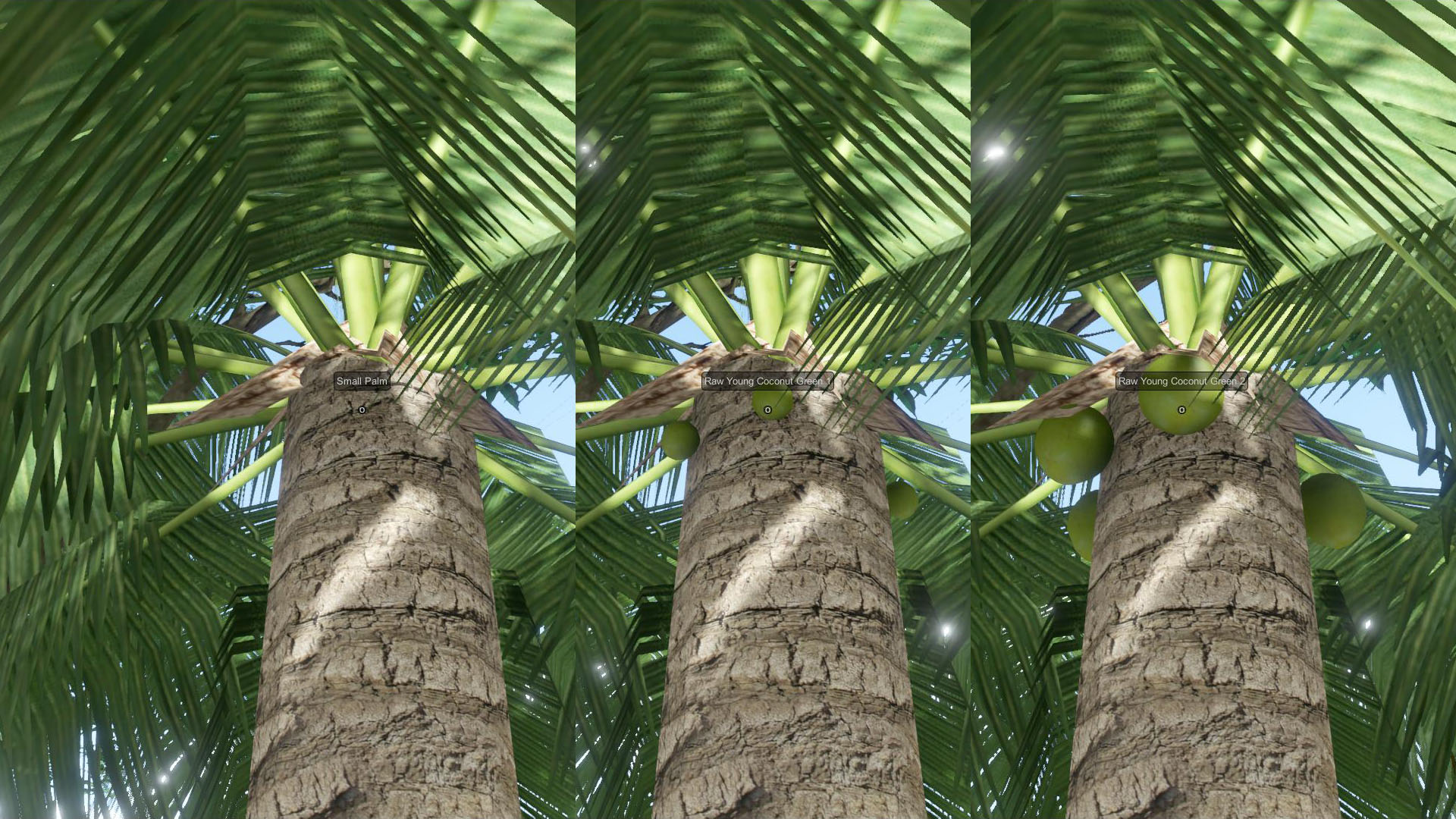 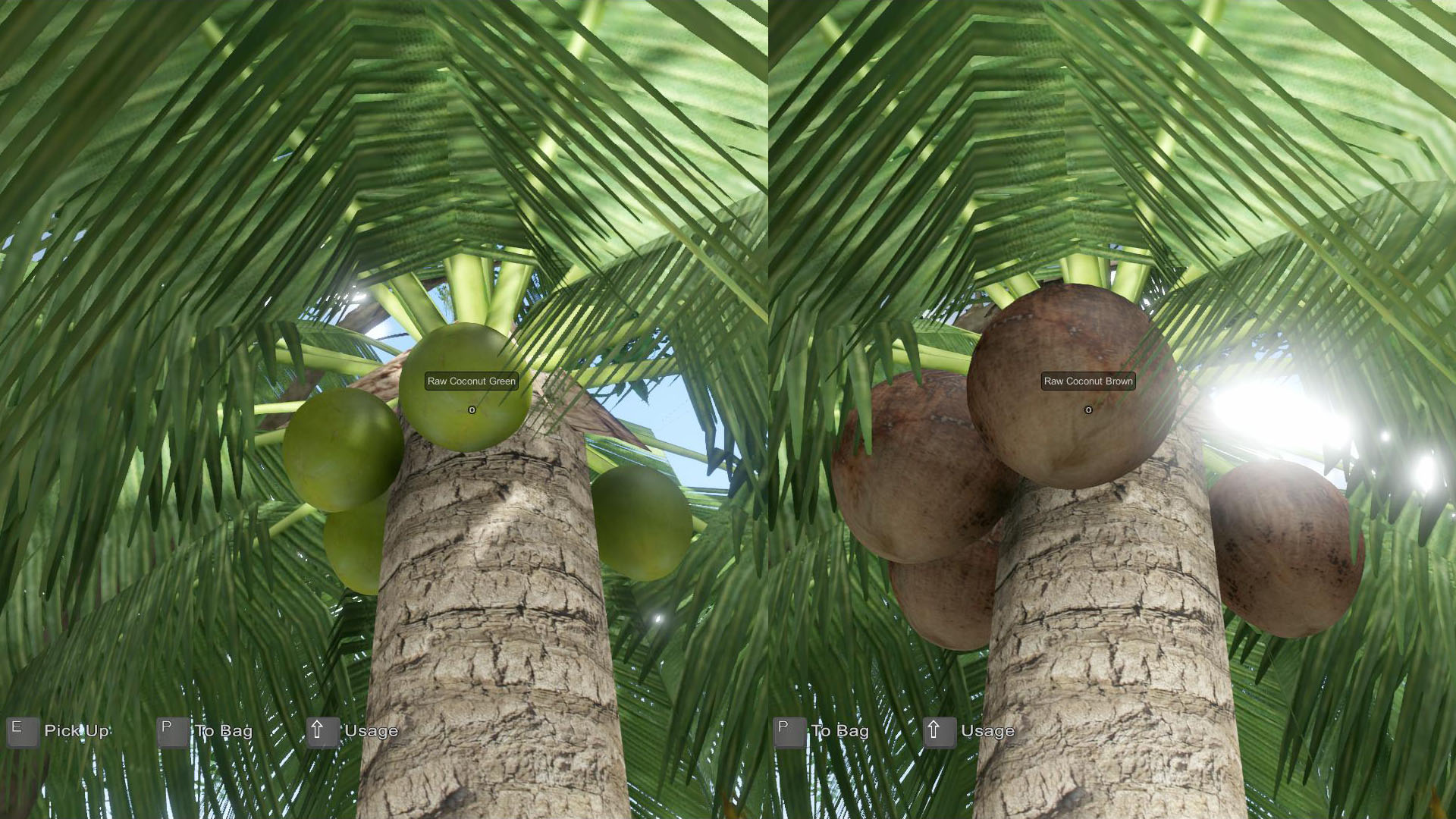 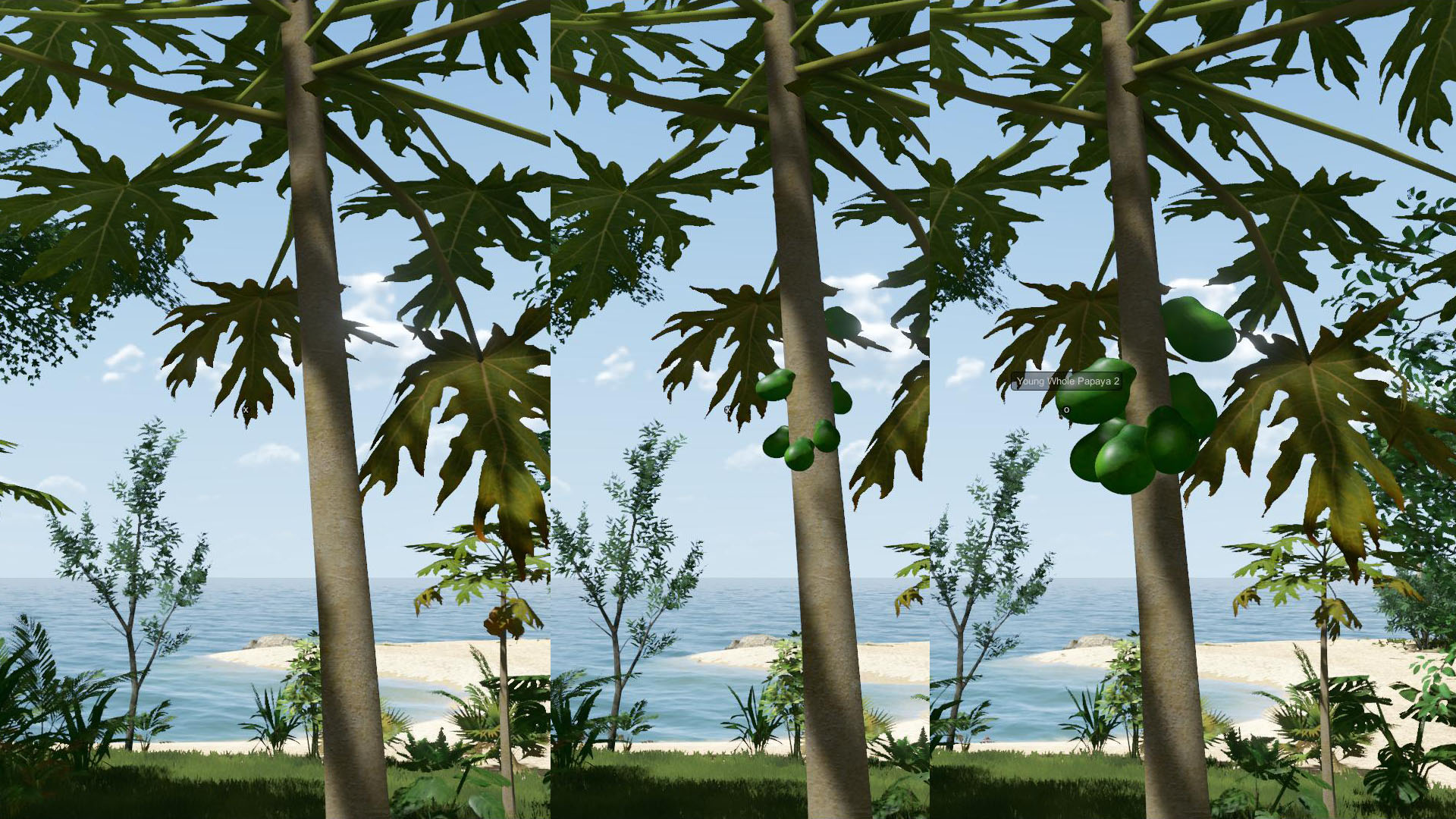 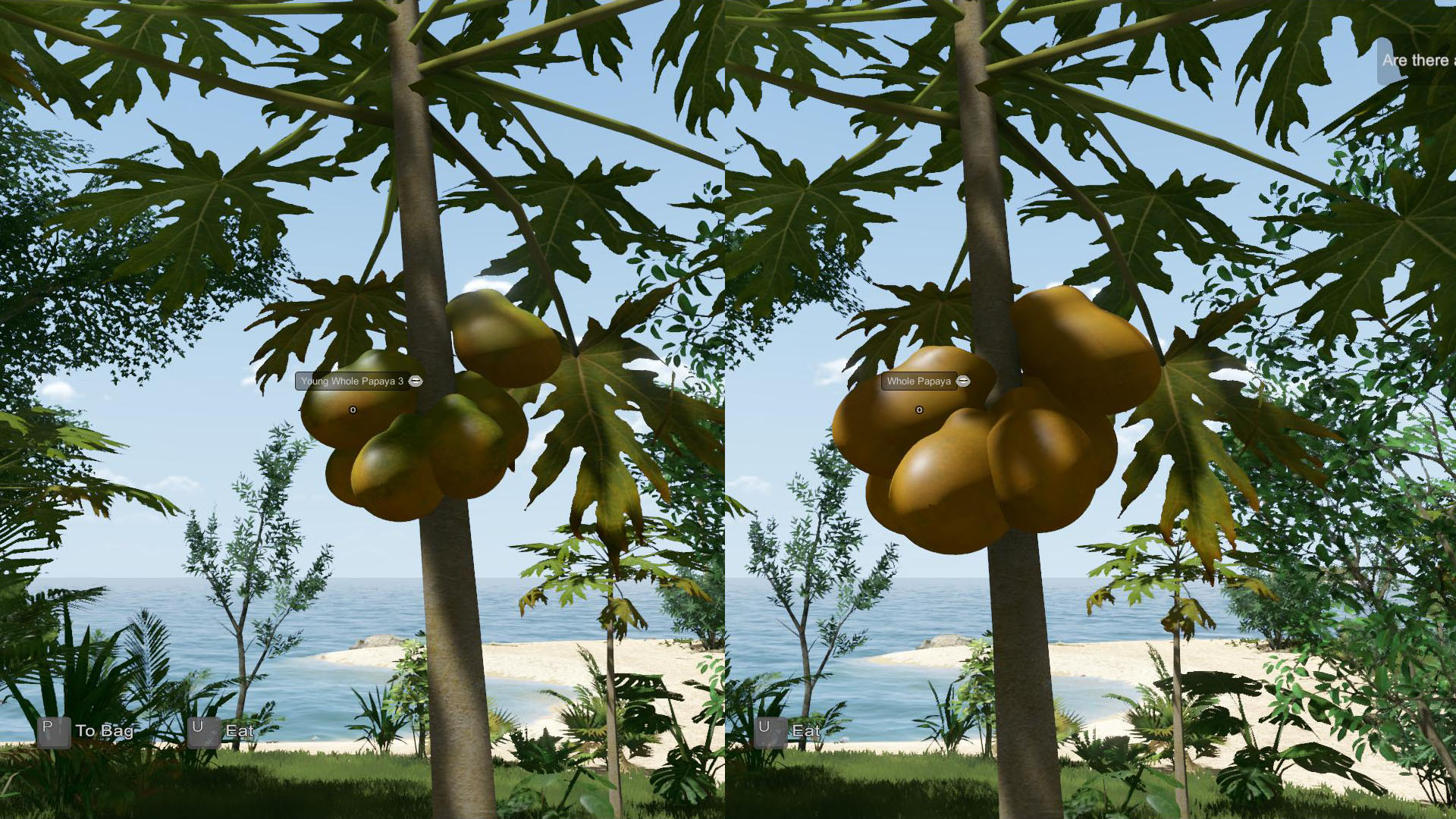 Finally, the new Sailing UI has been added - being a big help to learn the sailing mechanic, mainly in the early stages of the game. The Sailing UI comes with 5 different difficulty levels: from very easy 'Starter' having automatic systems up to 'Expert' where you are in full manual control and UI indicators are turned off as well. Switch between each of the different levels freely at any time. It is still possible to individually and manually control Sails and Rudders as before. The Sailing UI difficulty levels are not meant to be mistaken as Sailing Physic Realism/Difficulty levels which will be added later.

There is a new collectible Old Knife which offers stronger hits. The other knives and blades with different properties are on the way. 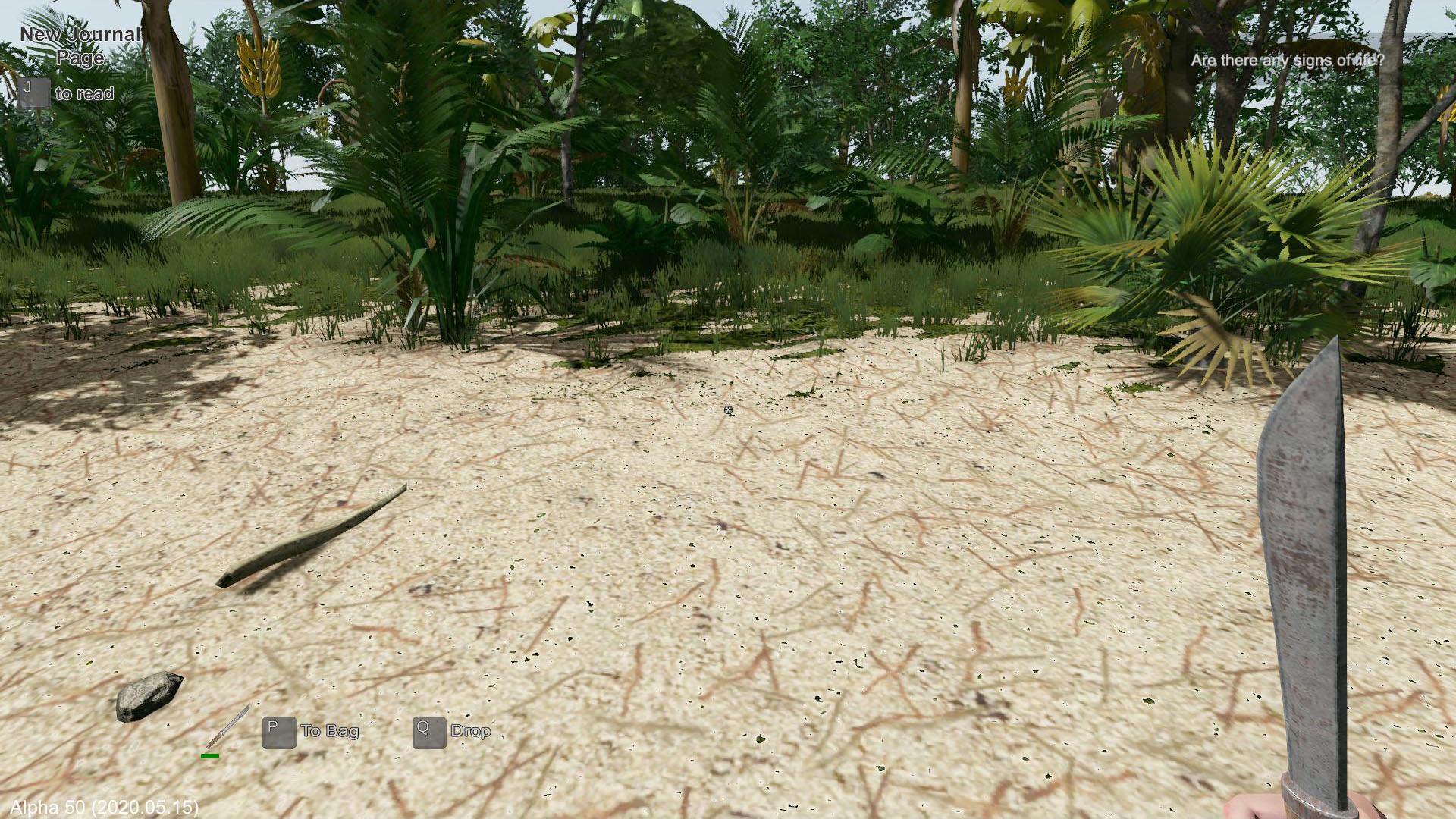 The Canoe buoyancy mechanic has been updated to be not so jumpy and based on that new mechanic the buoyancy for all raft modules will be updated too.

01. Added: Improved buoyancy for all canoes
02. Added: Restriction attaching additional rudders in opposite directions than the first one

For the next update we plan to work on raft building mechanic issues some more and to begin to work on the local mapping system (and UI) with the Sextant (along with Sun Clock and Old Watch) with higher priority. The additional plans include also the Old Telescope, Spear, Smoker, Dolphins, Simple Quests, Building modules aging ... We will work also on solving the new issues and we will recheck some older issues too. Other new features will be added as implementing the planned features and fixing issues will allow us to.