It has been a while. Once again, we aren't dead! Outlier has continued to develop in silence on GitHub most likely well below your radar. I'm excited to write about Alpha 3.3's release because it brings some really cool changes over previous versions.

It has been a while. Once again, we aren't dead! Outlier has continued to develop in silence on GitHub most likely well below your radar. I'm excited to write about Alpha 3.3's release because it brings some really cool changes over previous versions. 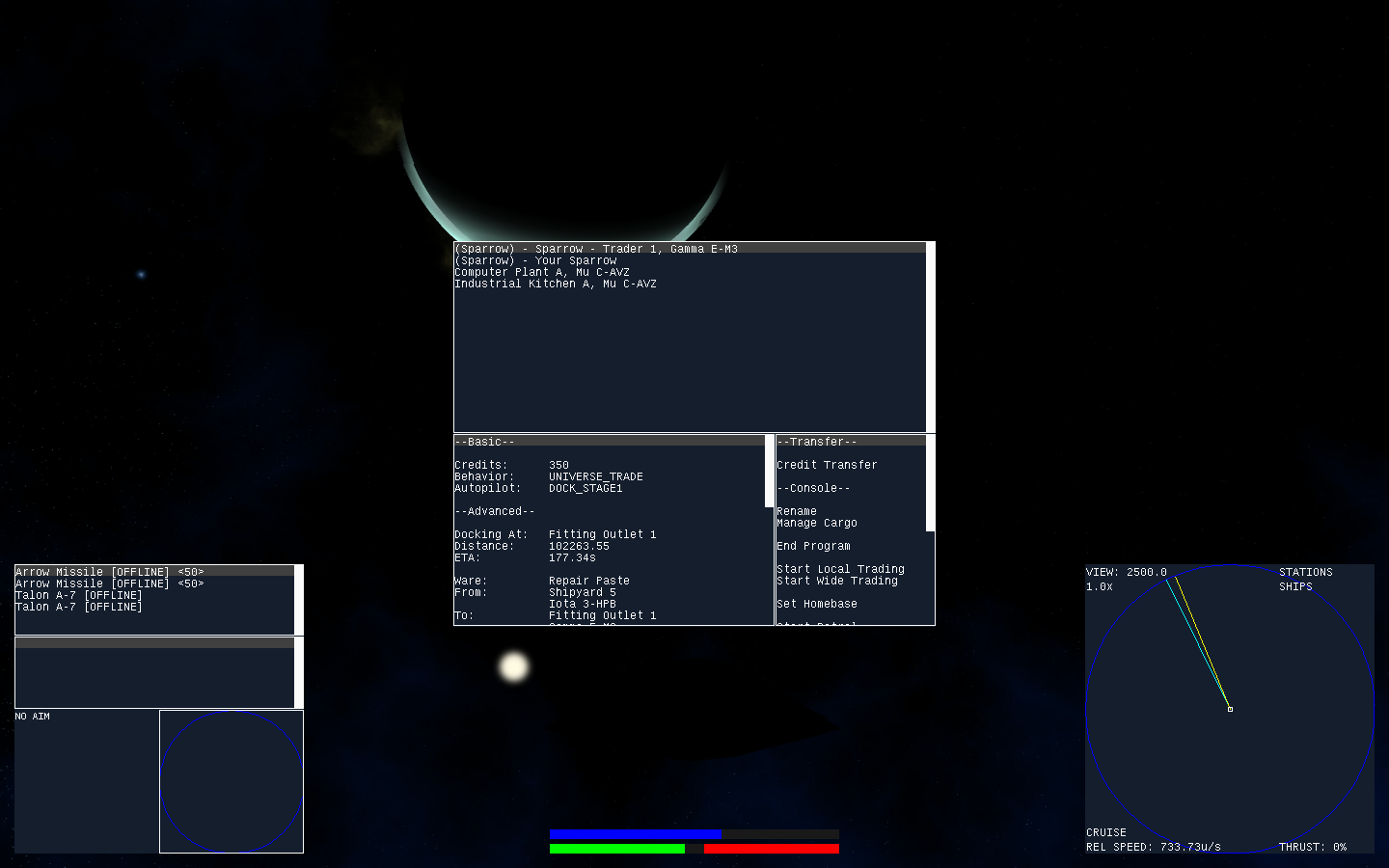 We've done a lot of work overhauling the camera, trying to make the player's view of the world more dynamic and exciting. The new camera loosely tracks your ship similar to the camera in Freelancer. Creating this camera required an overhaul of the internal structure of the universe and was quite a project!

In order to track the player without floating point precision issues, we needed to make the player ship always stay in the center of the universe (and the universe move around it). Needless to say, the new camera broke pretty much everything about the game at first. Hopefully, we fixed all those bugs!

In previous versions, your stations used the same calculations to determine buy / sell price as the NPC ones. While this is still the default behavior, now you have the ability to override a ware with a custom price! 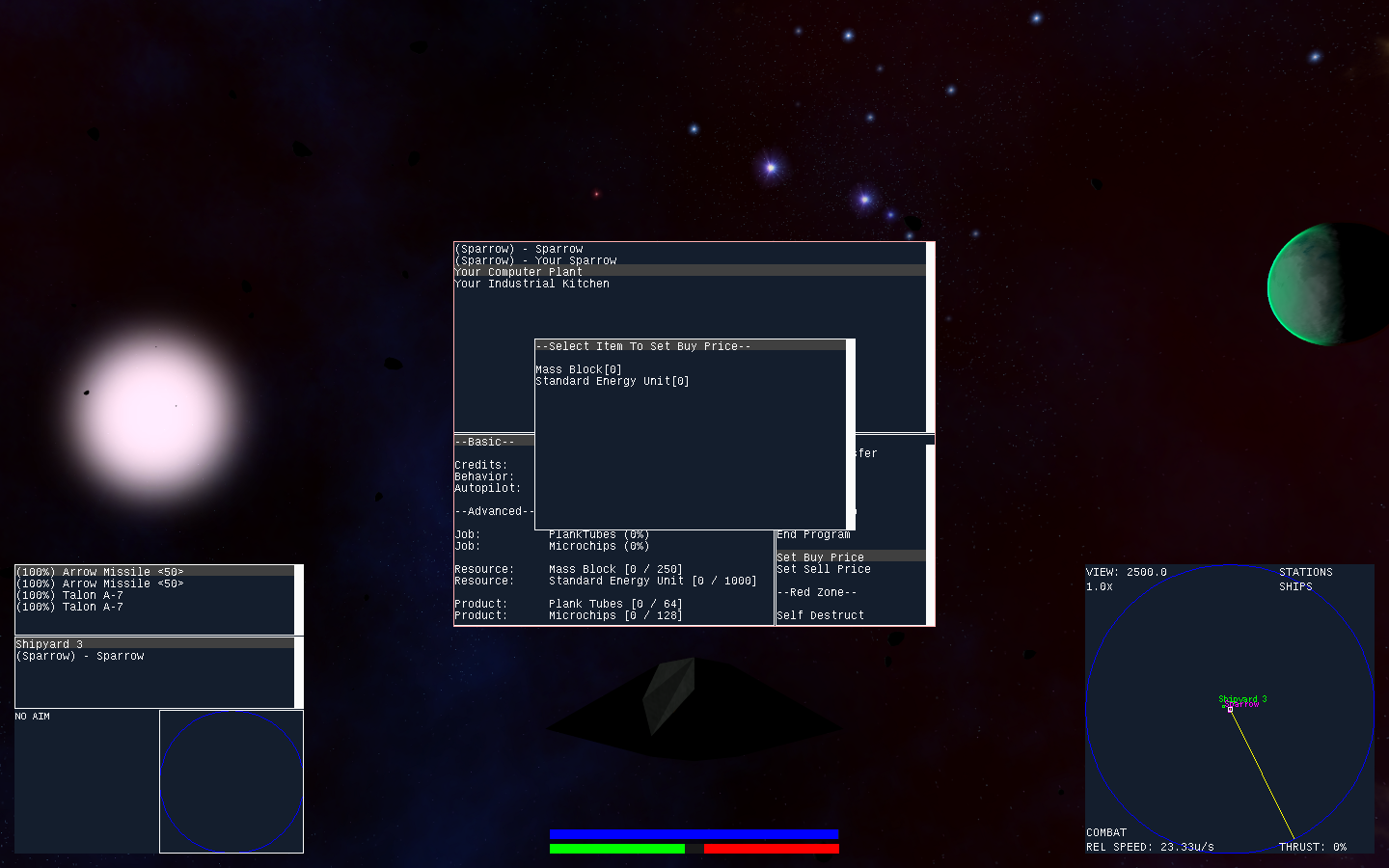 Prices can be set for each commodity the station deals in. Setting to -1 will return to auto calculation. This change helps bring station management closer to what has been realized in X3 and will help a creative player be more competitive in the market.

Previously, star color was always white. Now star color is variable between systems! A similar change has been made for asteroid fields. Asteroids now have variable sizes which makes fields much more interesting to look at and navigate. 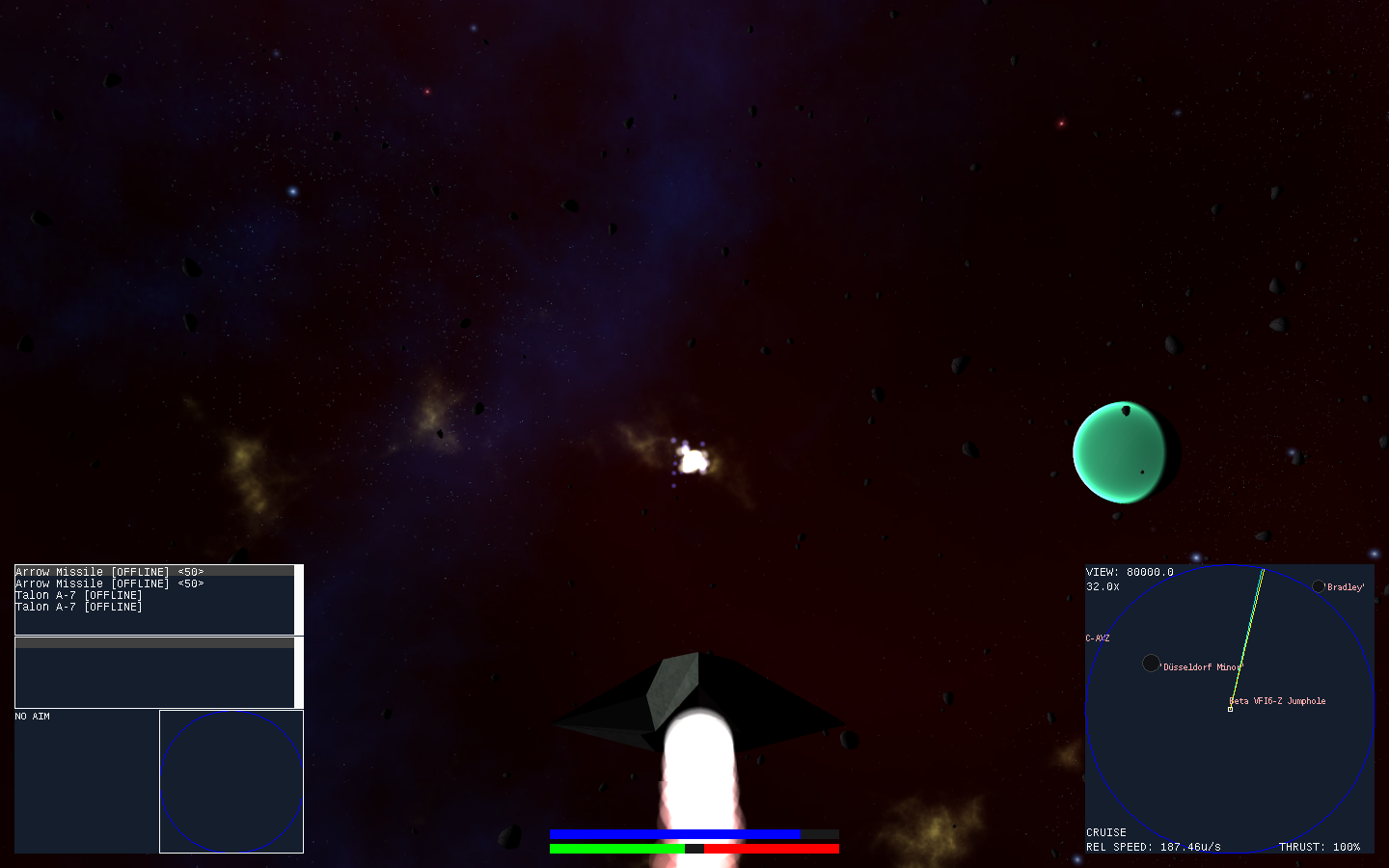 We've made some other small tweaks to the way the universe gets rendered, which you may or may not notice as you play. We've also changed the algorithm used to procedurally generate planet names to generate unique names from a long list of real world locations and modifiers!

Yes, you can actually fly to planet surfaces now. The missing piece was how to do collision testing with the procedural planets, and we've figured that out. Now you can enjoy skimming the surfaces of planets (slowly, or you'll burn up)! 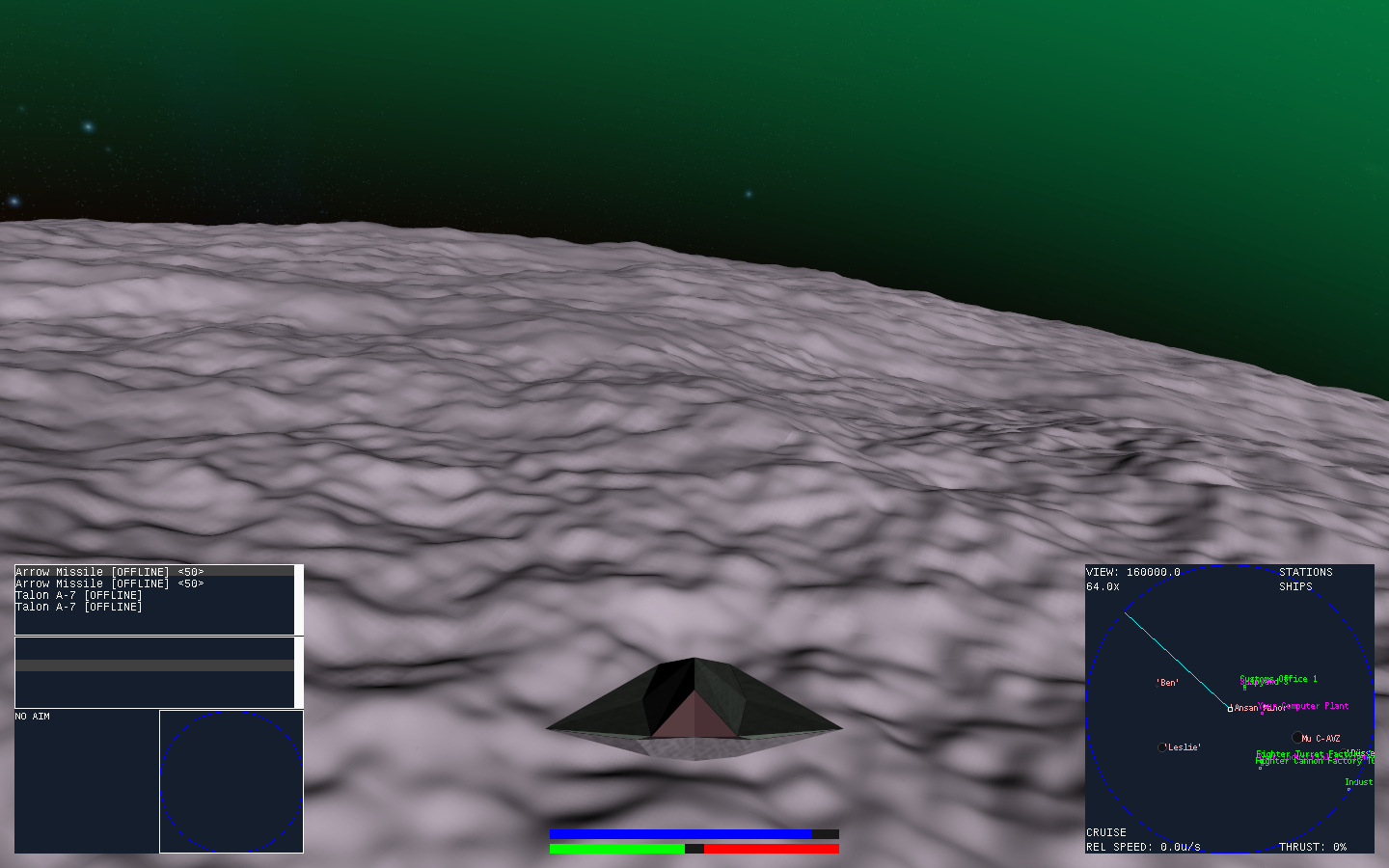 Honestly, there isn't much to do right now with planets. In the future we want to add bases you can land on, and the ability to construct your own factories / mines on their surfaces. But we're not there yet.

For a while now you've been able to assign a ship to a station as a home base. That ship would then use the wallet of the station it was connected to. However, that was the end of the home base mechanic. In High Albedo however you were able to tell ships assigned to a station to buy and sell on behalf of that station. This mechanic is now in Outlier!

Now you can assign trade ships to stations to buy what they need and sell what they produce using the supply and represent commands, respectively. Those of you who've played X3 know how useful such a mechanic is!

You'll notice that the autopilot moves faster now. This is because of a change to the way the autopilot calculated drag (read: it now calculates it correctly) to determine its maximum velocity in a given flight mode. As a result, the autopilot will get you (and NPCs) around the universe faster by not selling itself short on velocity to save a little fuel. 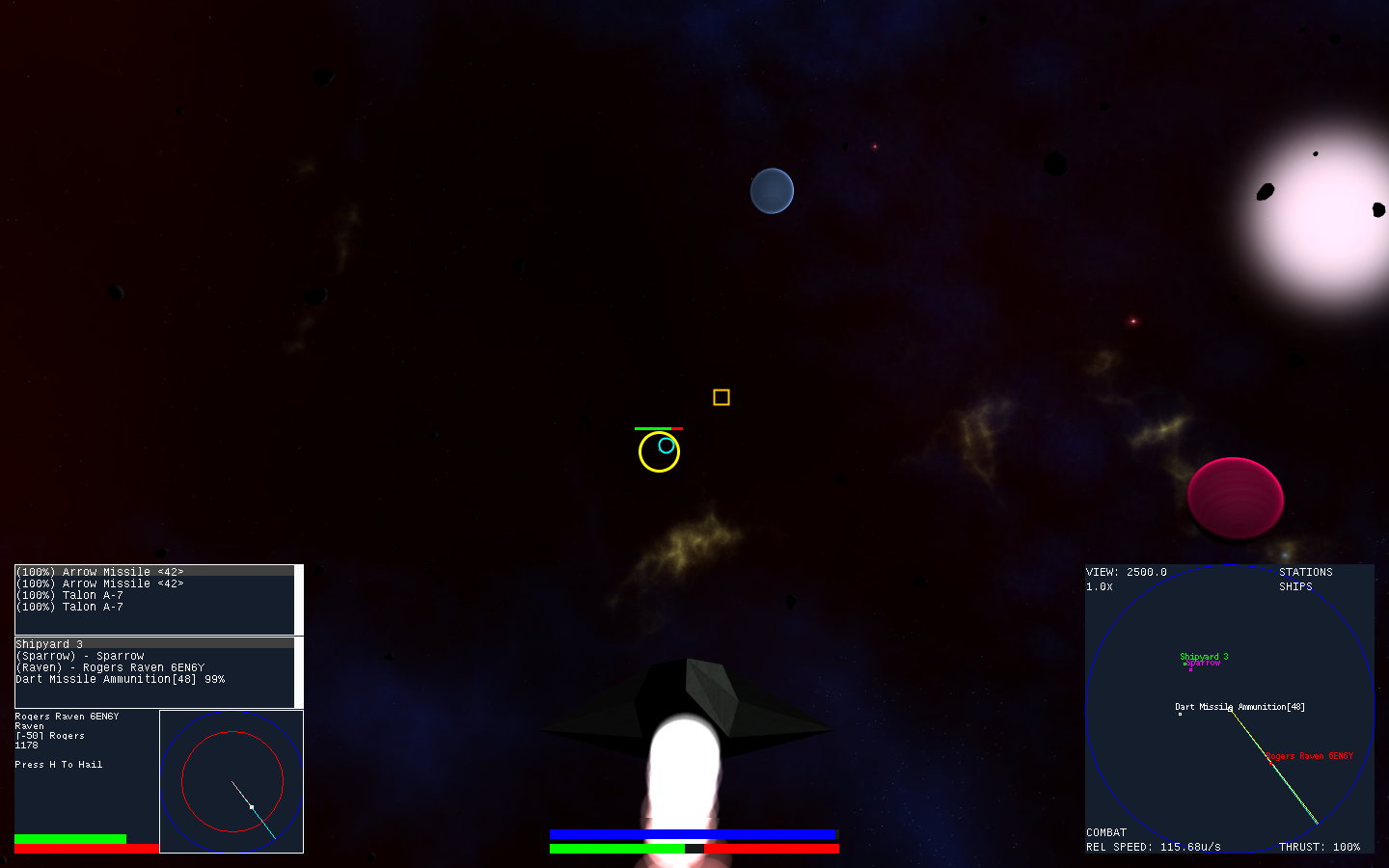 There were some memory leaks in previous versions related to a failure to unload skybox textures when moving between solar systems. Eventually, the game would crash. This has been fixed, along with some other potential memory leaks related to the HUD.

There have been many other assorted bug fixes, especially to the UI, and hopefully (cross fingers) this is the most stable version of Outlier yet (assuming the new camera bugs are all gone of course - please report any issues you find).

I was able to figure out how to pipe the output from System.out and System.err into log files in addition to prepending a timestamp. Now, everything the game writes to the console is logged in text files! This makes it easier to record diagnostic output from game sessions to analyze balance or fix bugs. 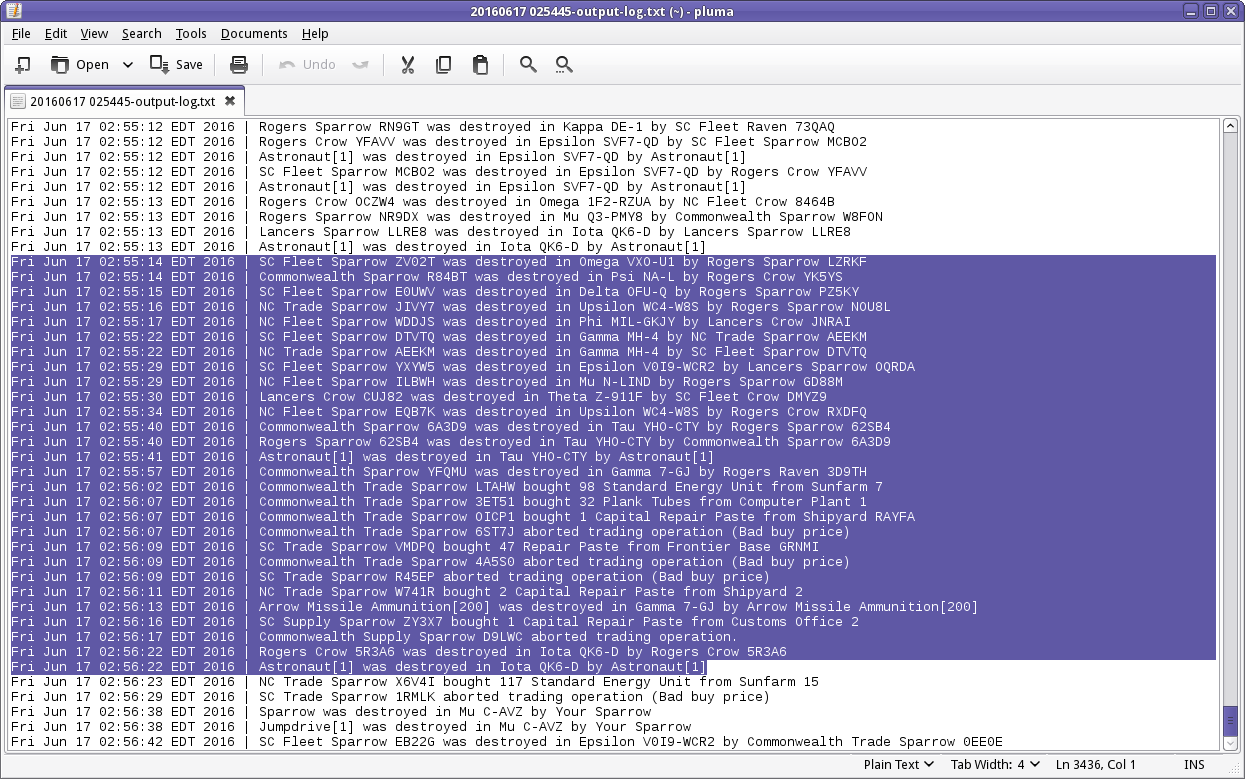 It also makes it easy to see just how active the Outlier universe is. NPC encounters are less common than Freelancer or the X series, but they're out there!

I'm not completely sure what will be implemented next, but I want to implement carriers and bases on planets next. I also want to add more models / textures, and expand the number of ships / weapons in the game. I also want to do some world building to add more factions and make the universe more varied like High Albedo was. 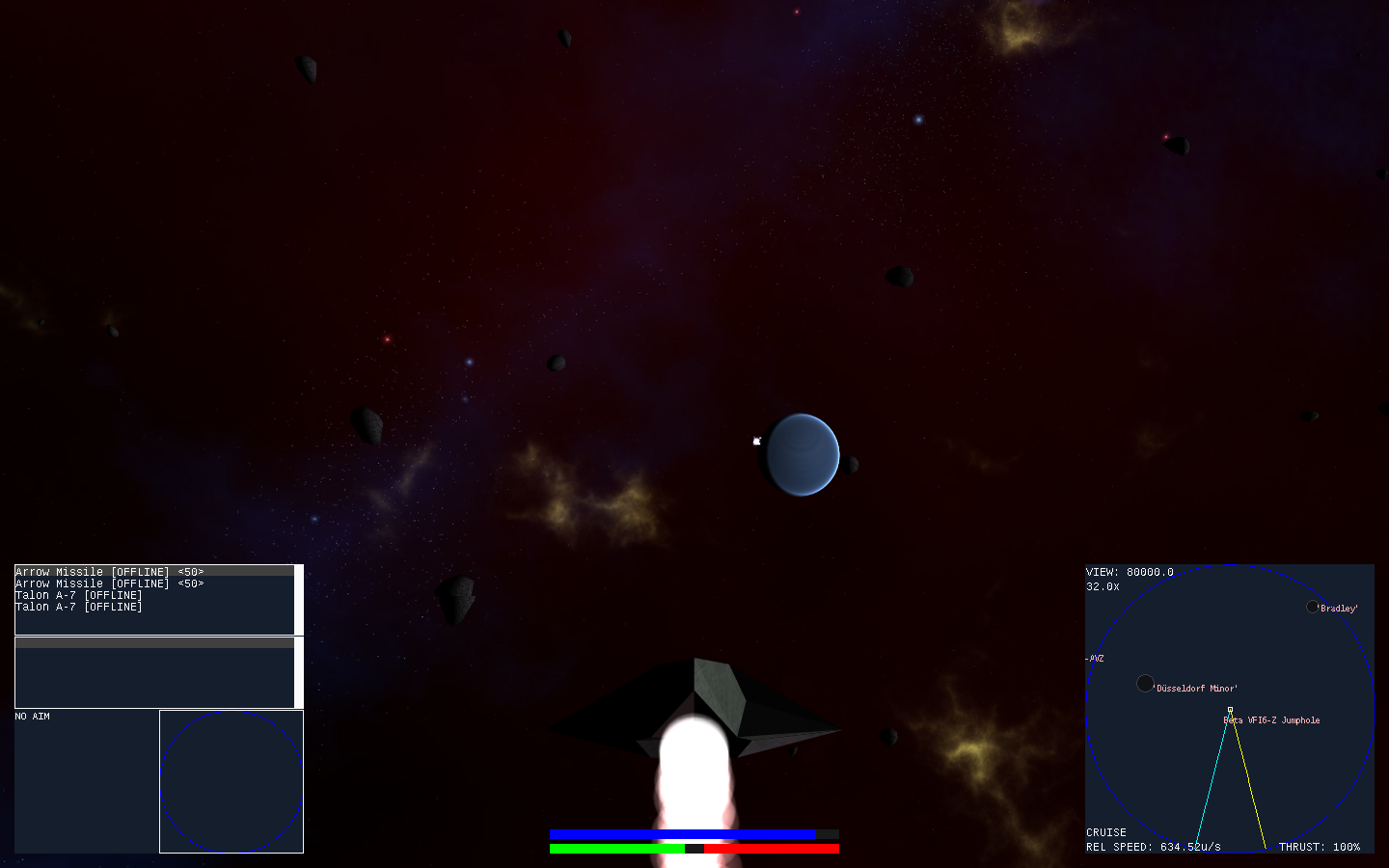 I'm always open to suggestions! Let me know if there's anything you don't like or want to see added. Remember, this game is MIT licensed. You can always fork it if you want to make your own space combat and trading game!

coool, i test it now!