Posted by EleonGameStudios on Aug 11th, 2016 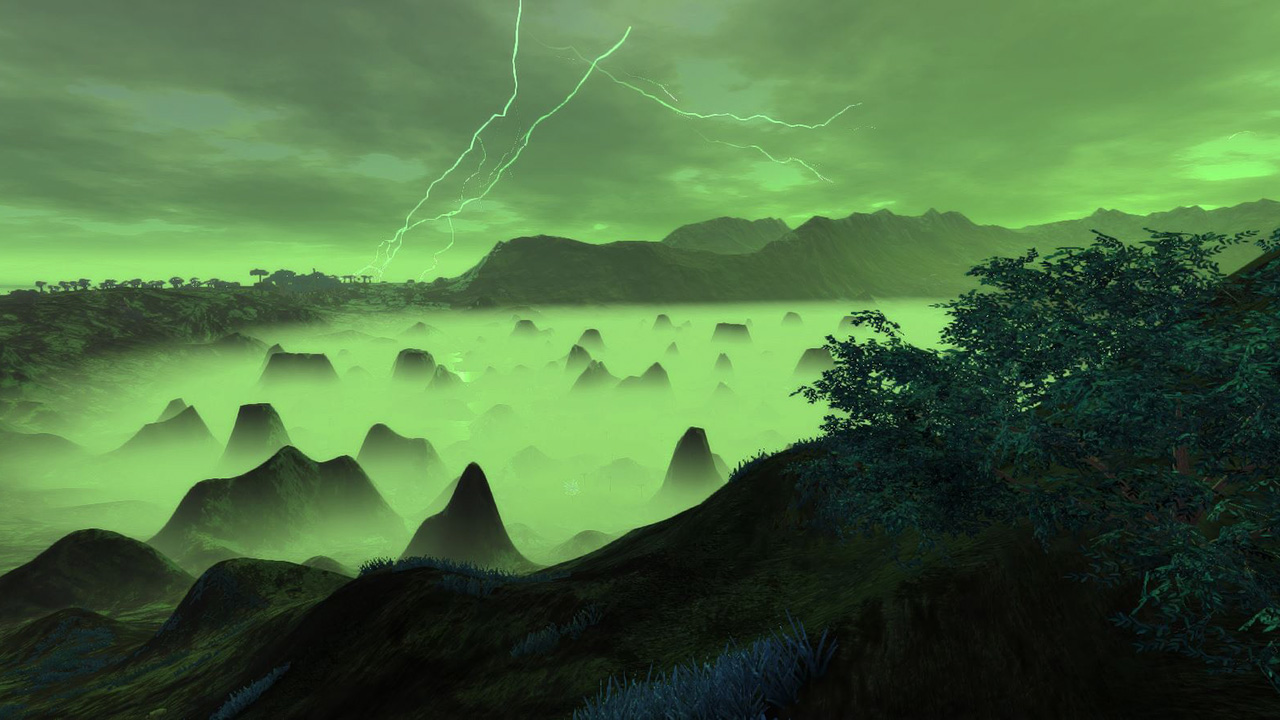 A few days ago, we celebrated with you the first anniversary of “Empyrion - Galactic Survival” and released a first test candidate of the Anniversary Update on our Experimental Branch. After having hunted down bugs and added a few other refinements and effects, Alpha 3.0 will go public right now!

As you might already know, this update is about beautification and adding new elements to improve and create more authentic worlds, including increased density of forests, more deco effects and trees, ambient airborne lifeforms, individual ground textures for different biomes, NPCs and animals wandering around in herds, thunderstorms and meteor rain as new distant effects on some planets...and much more. Read through the whole list of features and have a look at the screenshots below or just load the update and take your new Motorbike for a ride and explore!

Tip: If you want to known how far we already got in terms of creating living worlds, just have a look at our 1-year comparison screenshots in the Anniversary Update Blog:Empyriononline.com

The Anniversary Update also introduces an improved version of the PDA, adding a first iteration of a Mission-Reward mechanic to the game. We have prepared several missions for you to try out. More missions are about to follow and we are currently working on a documentation on how to create your own missions. We have also created a new topic in our feedback forum to discuss this new feature: Empyriononline.com

As a closing comment, we want to make an announcement for everyone who plans to visit Cologne, Germany next week: “Empyrion - Galactic Survival” will be at Gamescom 2016!

Have another look at the short preview video of Alpha 3.0:

P.S: As always, and because we added a lot of new stuff to some of the playfields, please run the Performance Survey so we can gather direct feedback about your current FPS:Survey.empyriongame.com 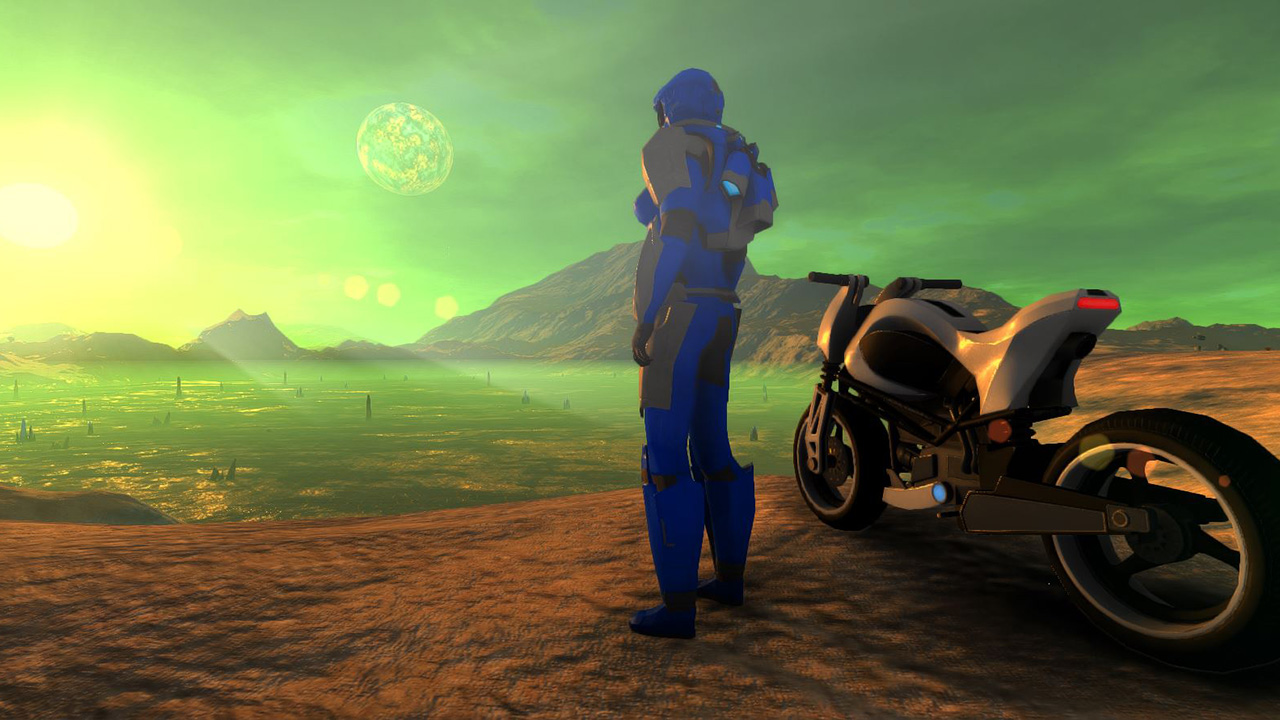 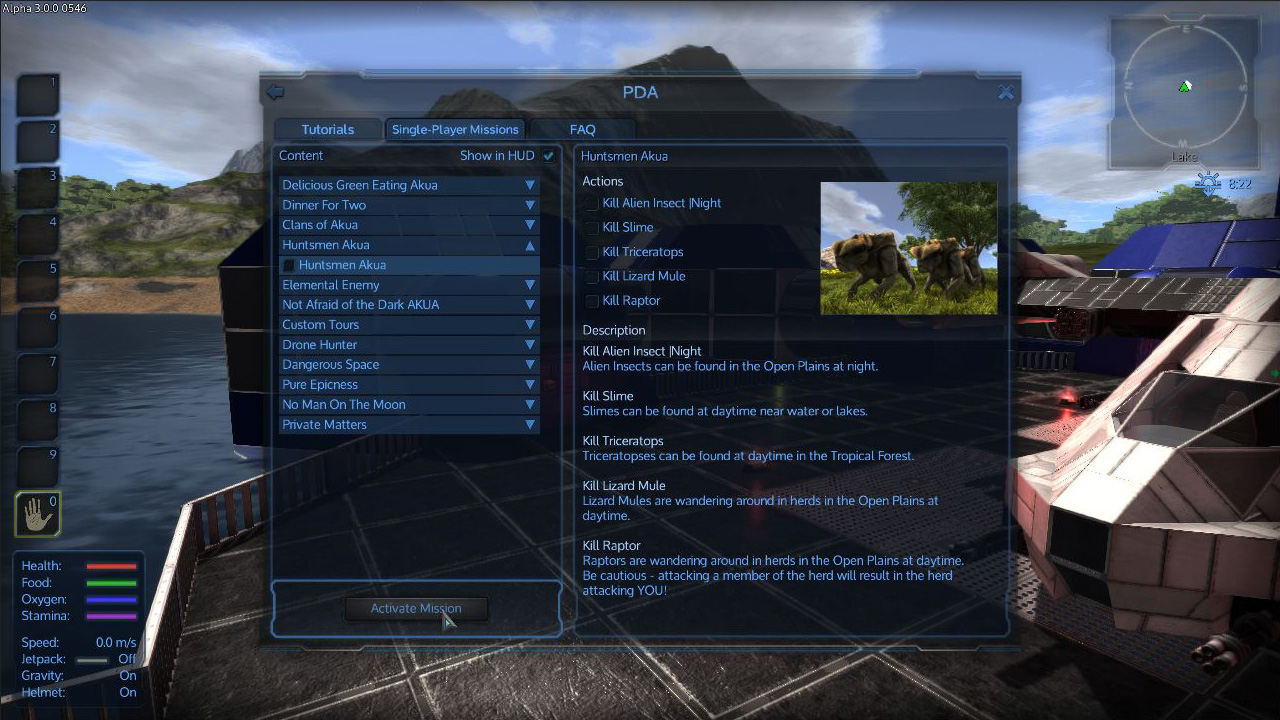 Notice for players: Faction Missions are still heavy work in progress, but we did not want to hold them back. Please read the READ FIRST that is included in the Faction Missions PDA tab. This includes a Howto and the known issues.

Notice for creators: If you are using your own PDA.yaml, please do not use "StructuresSpawned" and "CheckWhat" anymore (see new format in PDA.yaml) 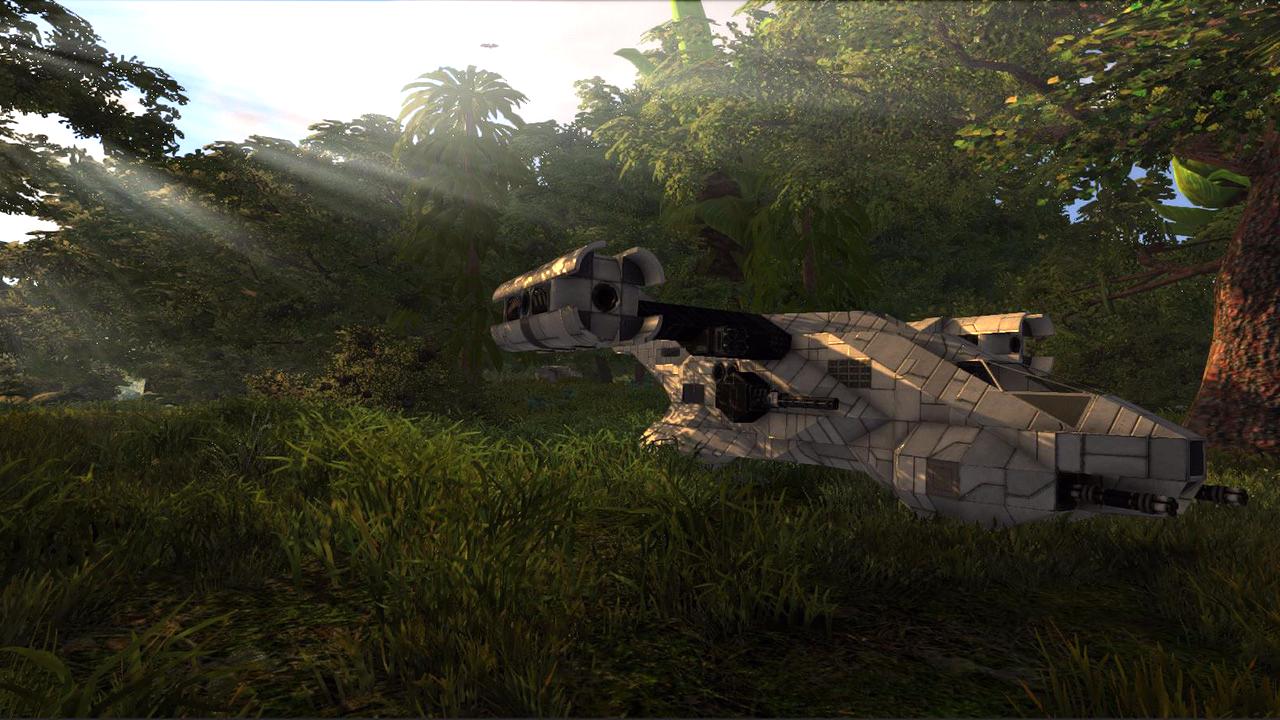 Here you see 3 biomes coming together (open plains, forest and rocky area), each with its own terrain texture: 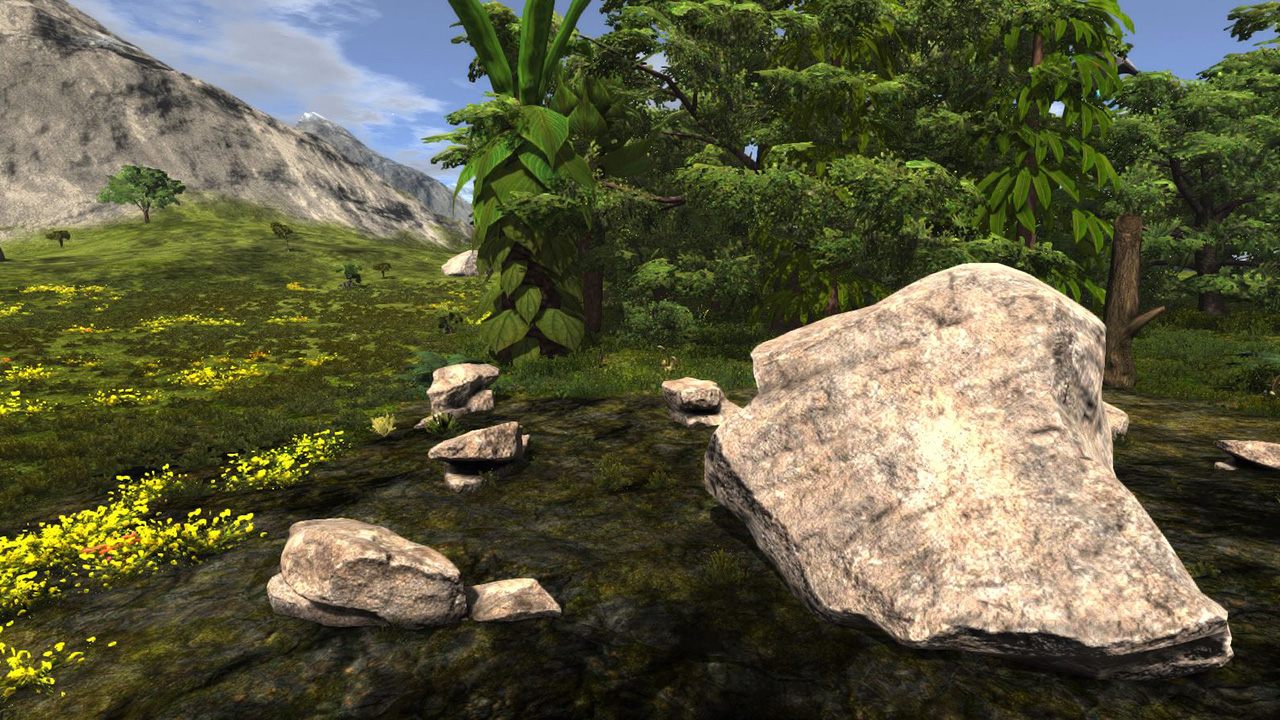 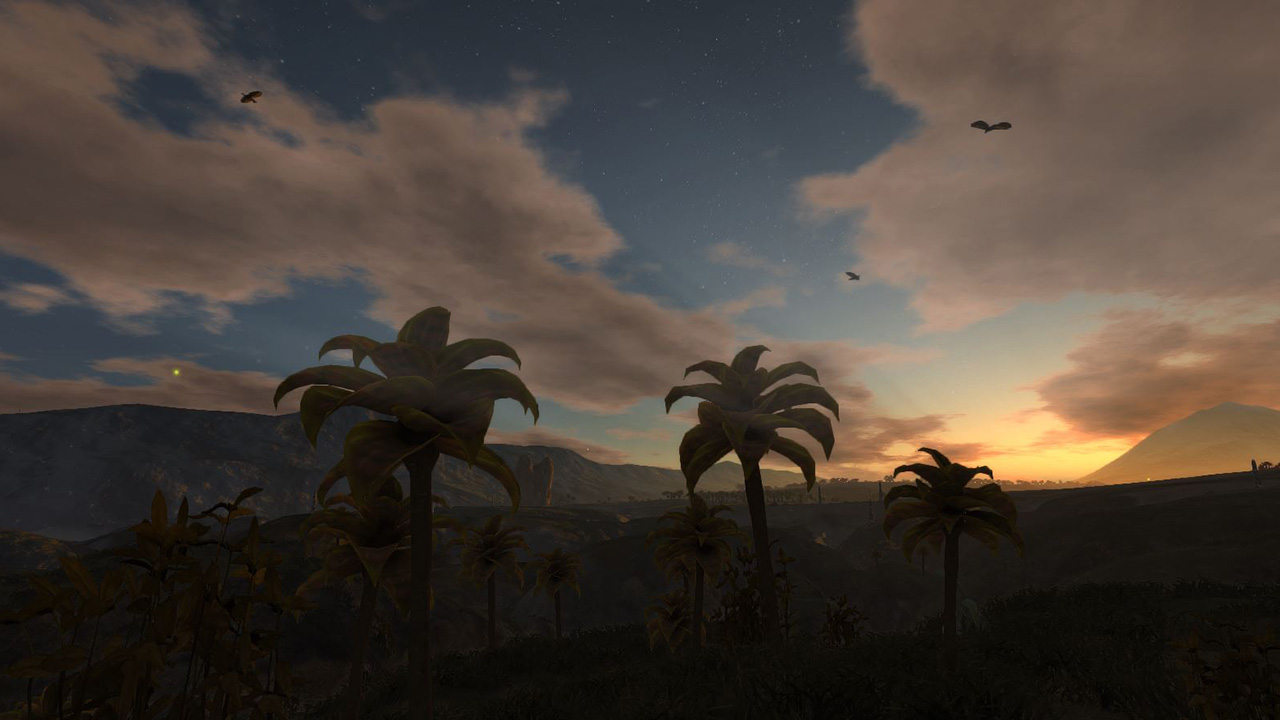 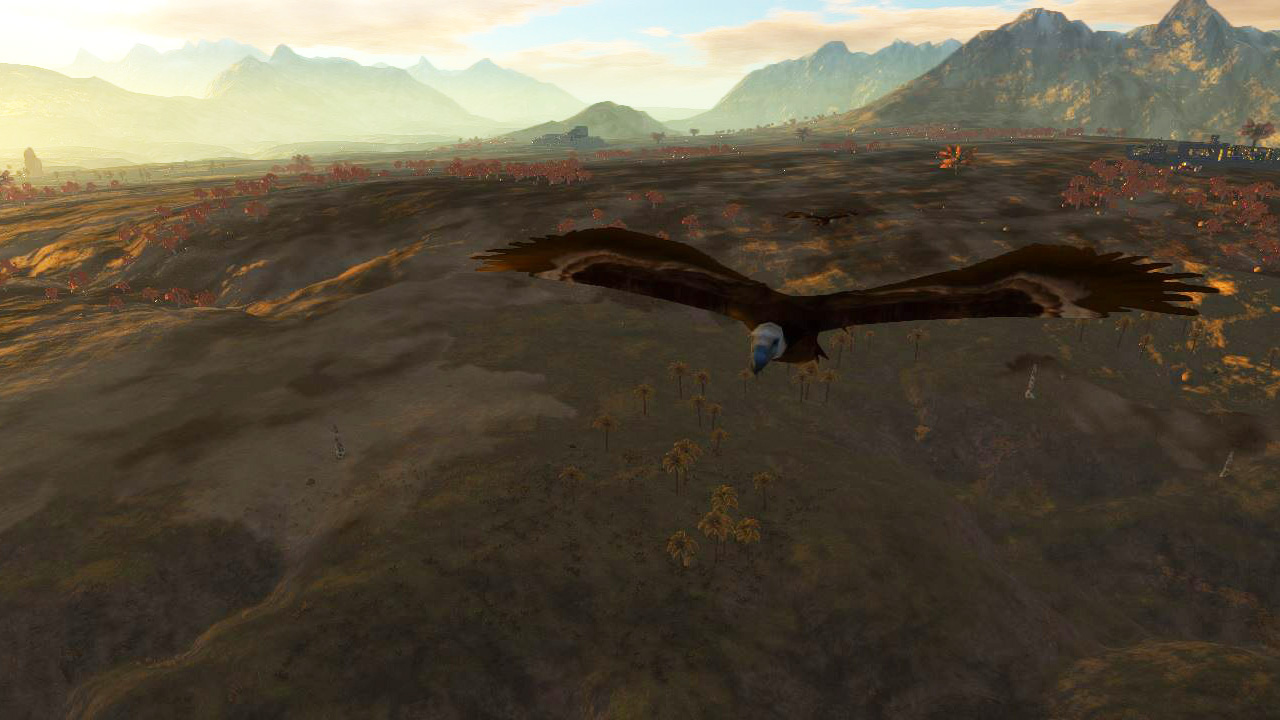 3.3 Improved NPC behavior and overall visuals:
- Added herd behavior for many NPCs
- Smoother overall movement for NPCs (walking and turning)
- Improved pathing of NPCs on terrain: they should get stuck less often and don't walk on steep mountains any more (e.g. Akua)
- Lizard Mule is now on Akua. Added own texture for Lizard Mule Baby. Lizard Mules flee now when being attacked.
- Triceraptos does not drop milk anymore.
- Added Parasaur to Ningues.
- Improved shader on many NPCs
- Improved terrain shader
- First version of 'round' cutout box to integrate POIs better into terrain (will be improved)

Some NPCs are now walking around in groups / herds: 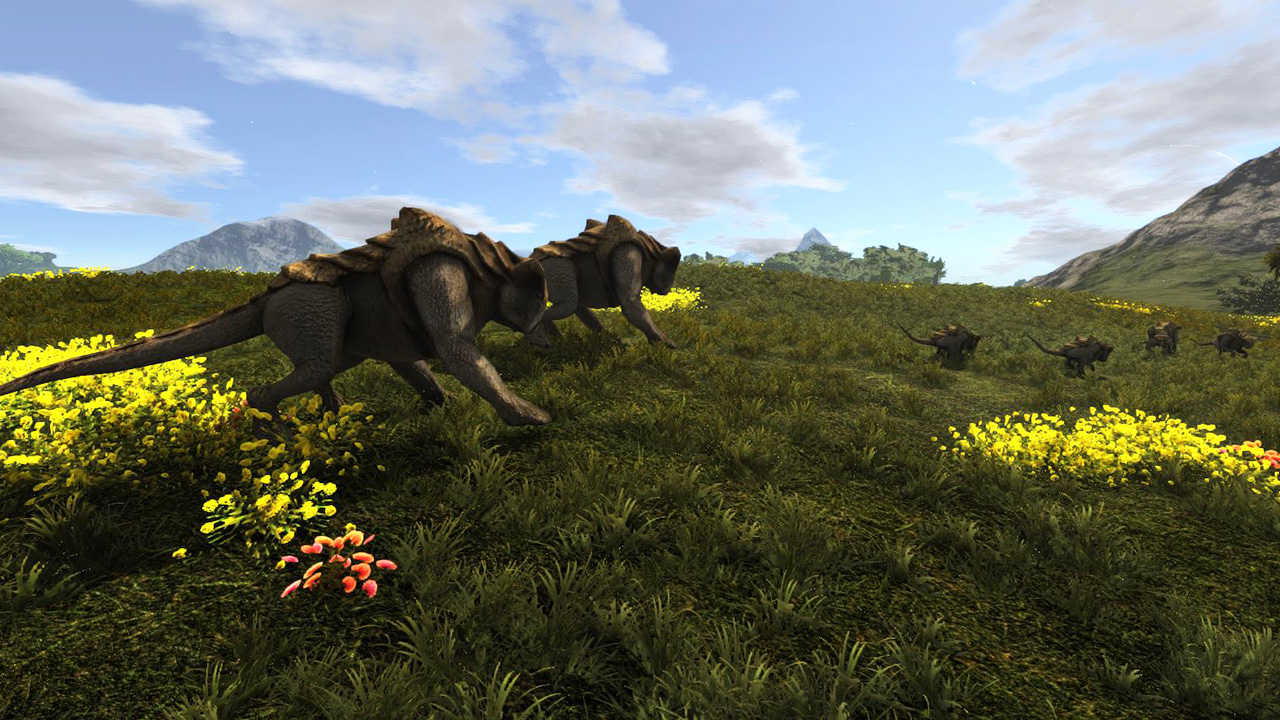 Improved placement of POIs on the terrain (smoother cutout). Here as an example with the new Transporation Hub: 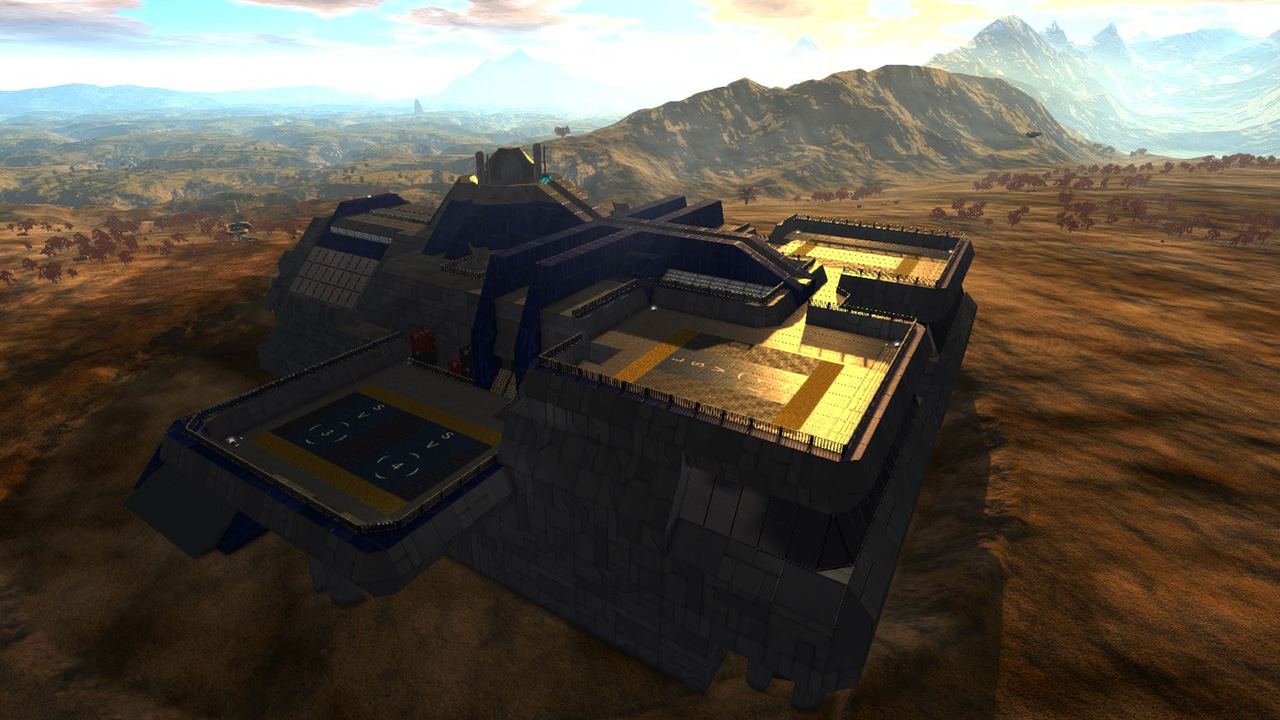 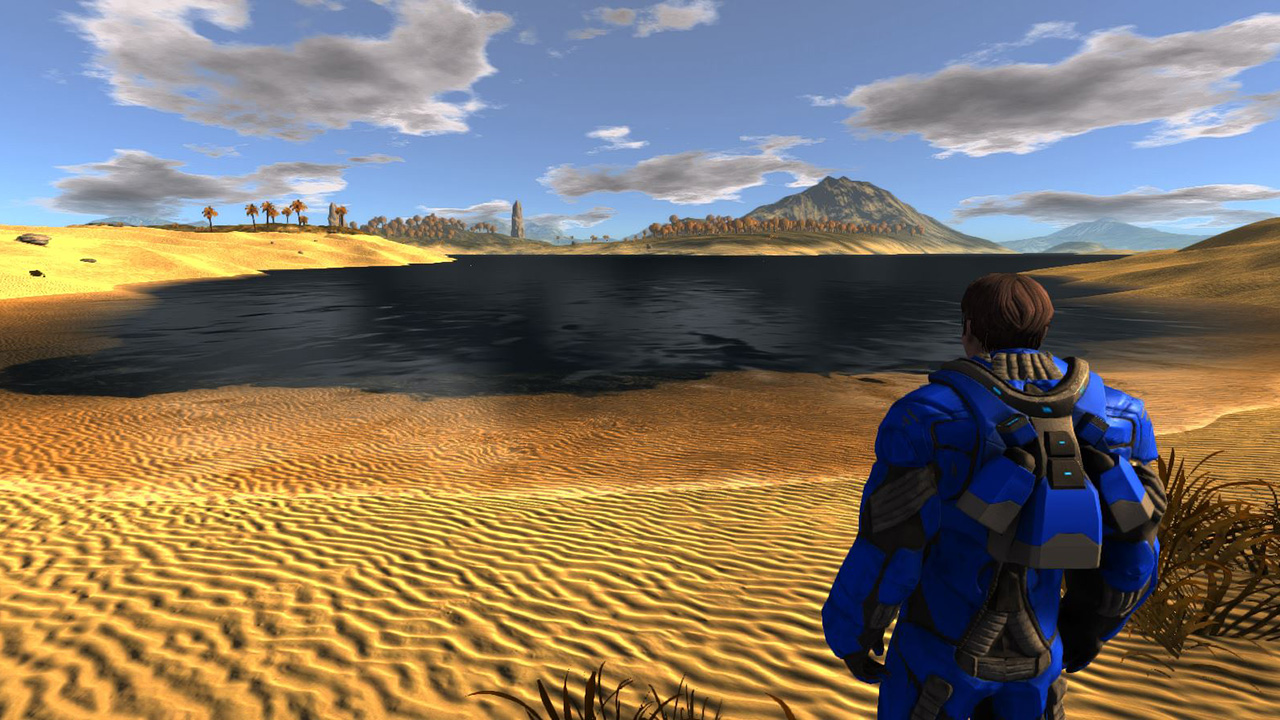 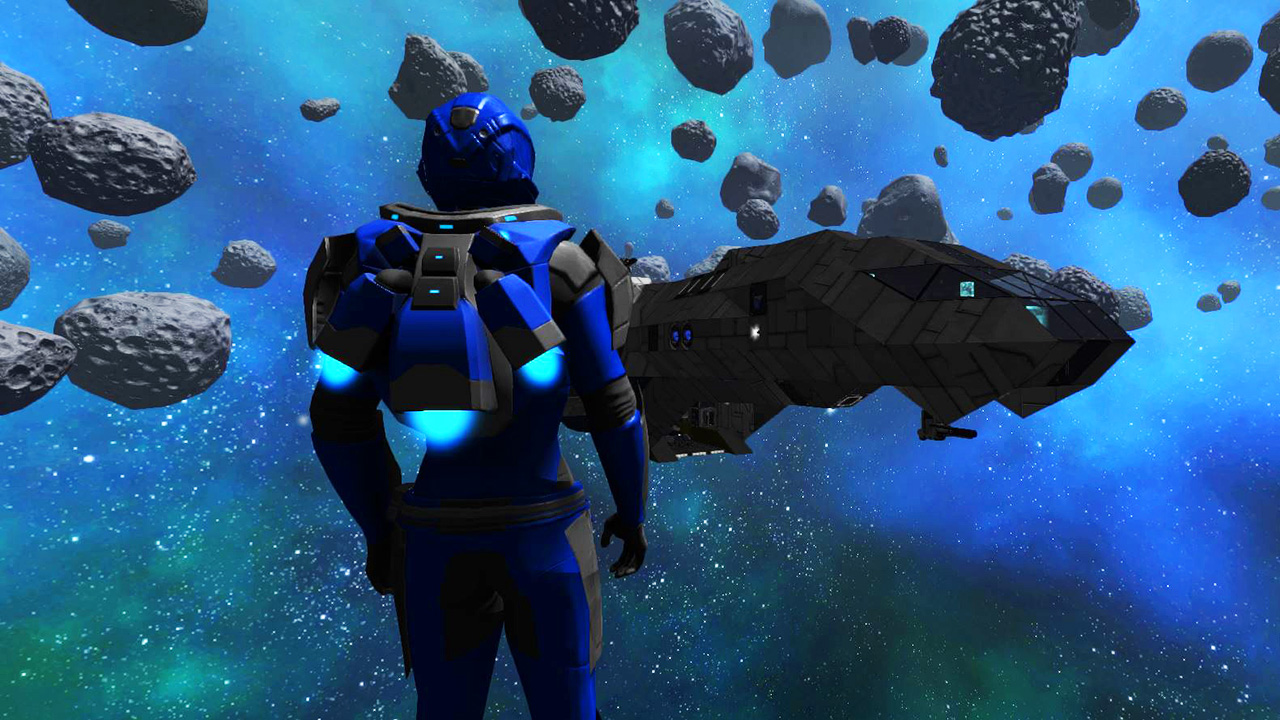 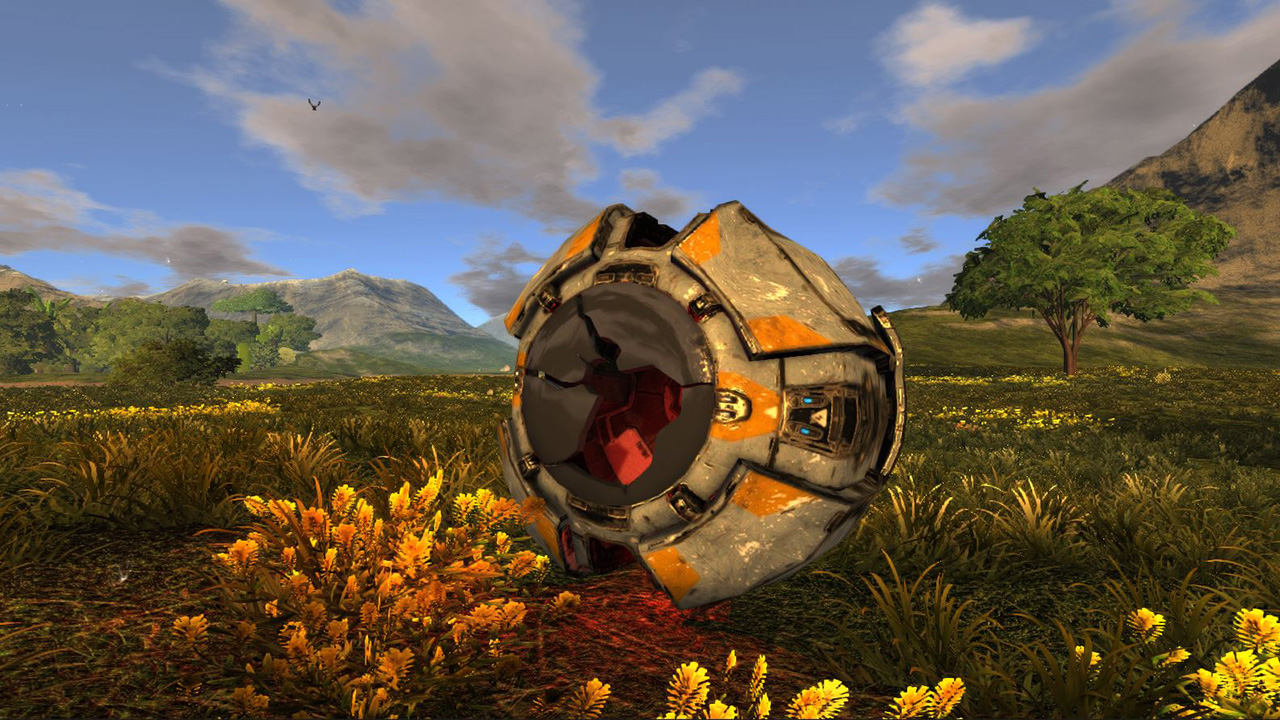 Bug Fixes:
- Fixed problem in Resume Game menu that made it impossible to resume any game if only one of the savegames had a problem
- Fixed: Ground/terrain rebuilding like an invisible layer with drone wrecks nearby
- Fixed: Deco sometimes not removed from POI
- Fixed: Player Avatar Movement issues in Multiplayer
- Fixed: Rocks sometimes create holes next to or below themselves
- Fixed billboards and LODs on Alienpalm tree Omicron
- Fixed: Multitool T1 & T2 imbalance: HP removal per hit inconsistent
- Fixed: Creative Menu Fresh Start leads to error
- Fixed grass shader: grass is overbright when sun is low (i.e., morning or evening)
- Fixed problem when leaving cockpit -> player remained in sitting animation for 0.5sec
- Fixed: light of player drone and flashlight shining through walls (you must turn on shadows for this change to take effect)
- Fixed: Hangardoor 13*7 and 14*7 has invisible gap between frame and blocks
- Fixed: Rocks and Trees sometimes vanish when plants are picked up nearby

I like it! Will there be underwater worlds as well?