Posted by EleonGameStudios on Jun 21st, 2016

Only 2 months ago we made our big step from Pre-Alpha to Alpha 1.0. Today, we are releasing Alpha 2.0 to the public, adding much asked features like Difficulty Settings for Single- and Multiplayer, a first set of Hangardoors, an Upgrade Tool and even a first draft of a Player-2-Player Marketplace (Player-2-NPC Trade will follow in future updates).

We also upgraded the Game Engine itself and moved to Unity 5.3, which we hope will lead to a more stable server environment and will resolve some persisting kinks and quirks, that were a direct result of the older Unity version.

Said that, please keep in mind that, although everyone on the internal QA team and the external public and experimental testers have done their best to track down bugs, this is still an ALPHA. Please keep on reporting bugs and issues to our forums and always be as detailed as possible and add any info you remember. Bugs that can be reproduced always have a good chance of getting fixed quickly

What about the promised roadmap?

Back when we released the Alpha 1.0, we promised you, that development of features will proceed and your feedback will be heard. We are collecting tons of feedback every day, so none of your suggestions is overlooked. In the meantime, we also started to offer you a way, to try out the new additions ahead of the public release and help shaping the game even more with the Experimental Branch version.

In the near future, we’ll go even further and issue a big ‘upcoming-features’ survey, which is not only a way for you to tell us what YOU want to see next in an upcoming big patch. The Survey is also a compendium of the features we have currently evaluated and which have a realistic chance of being implemented in the months to come.

This is not a fixed roadmap, because we do not want to promise fixed dates or sequences of features we might need to break sooner than later and make everybody unhappy. This is more like showing you a road atlas of the streets we want to take sooner or later - together with you!.

Tell us what you think about this approach - but first and foremost, enjoy the Alpha 2.0! 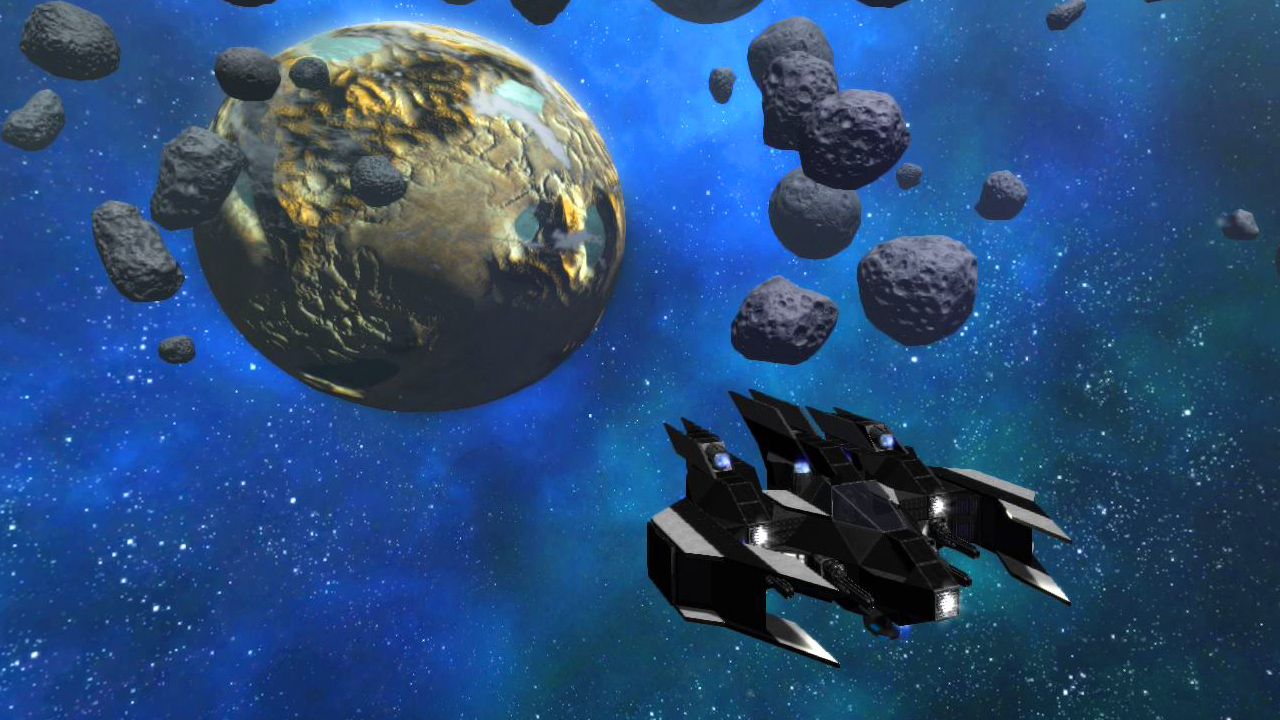 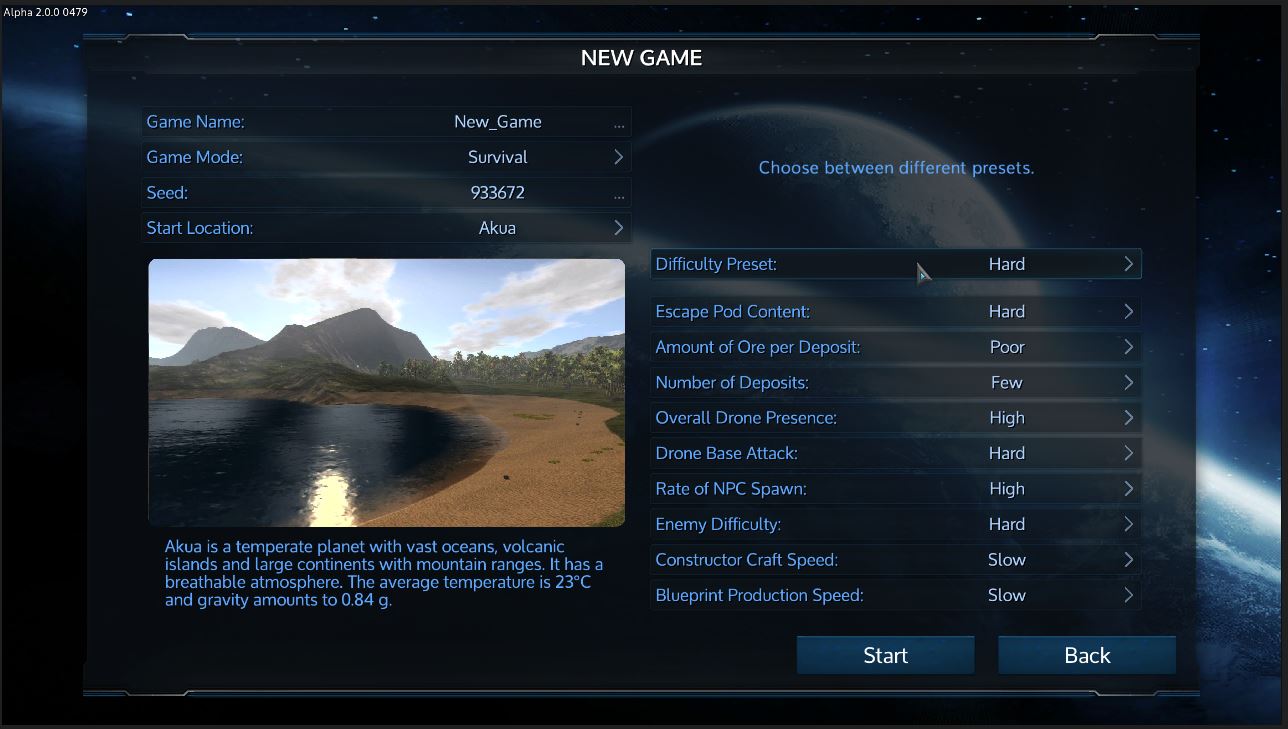 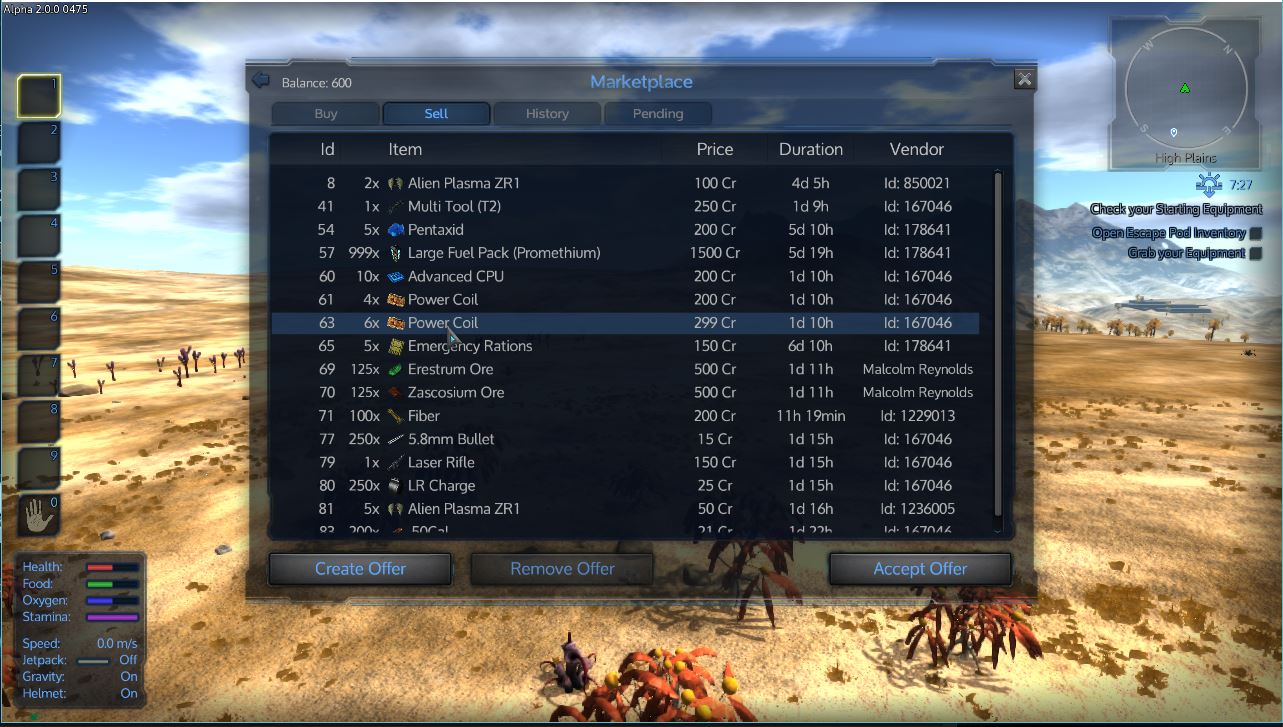 4. Decoration Refactoring
- Better placement of grass and decorations. In particular, grass should be placed more reliably (no empty patches anymore)
- Tweaked deco on all playfields 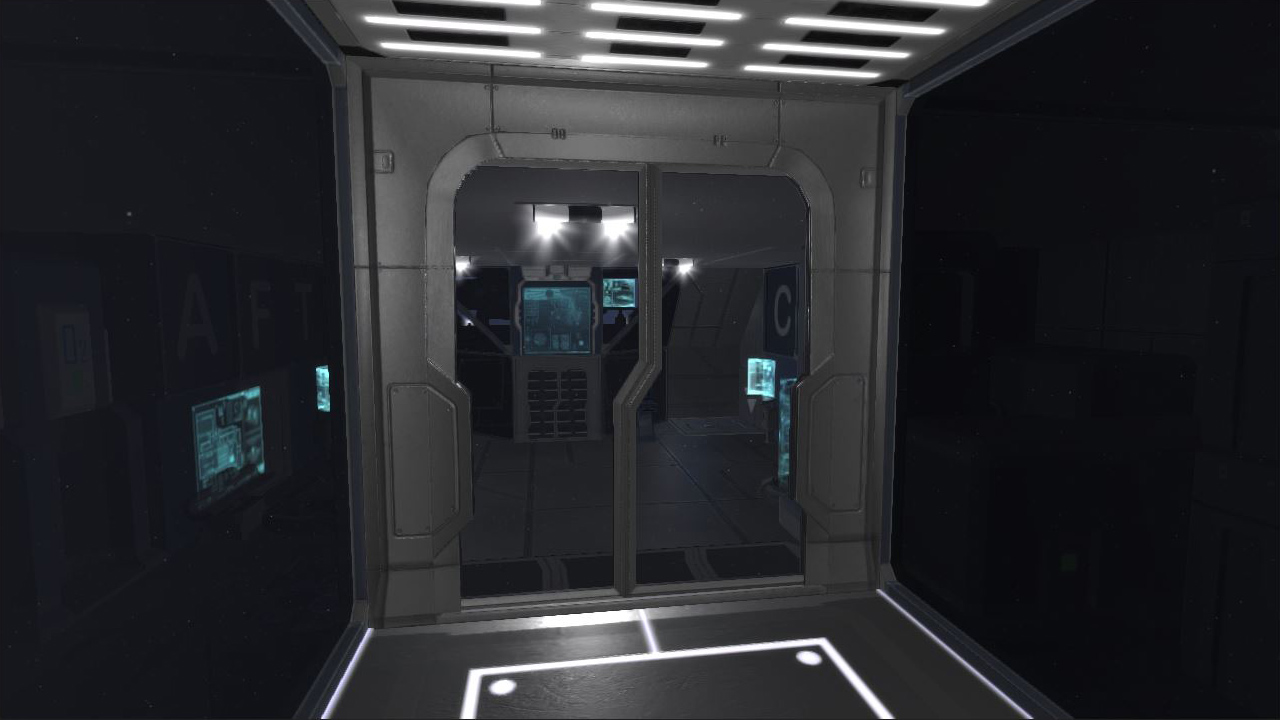 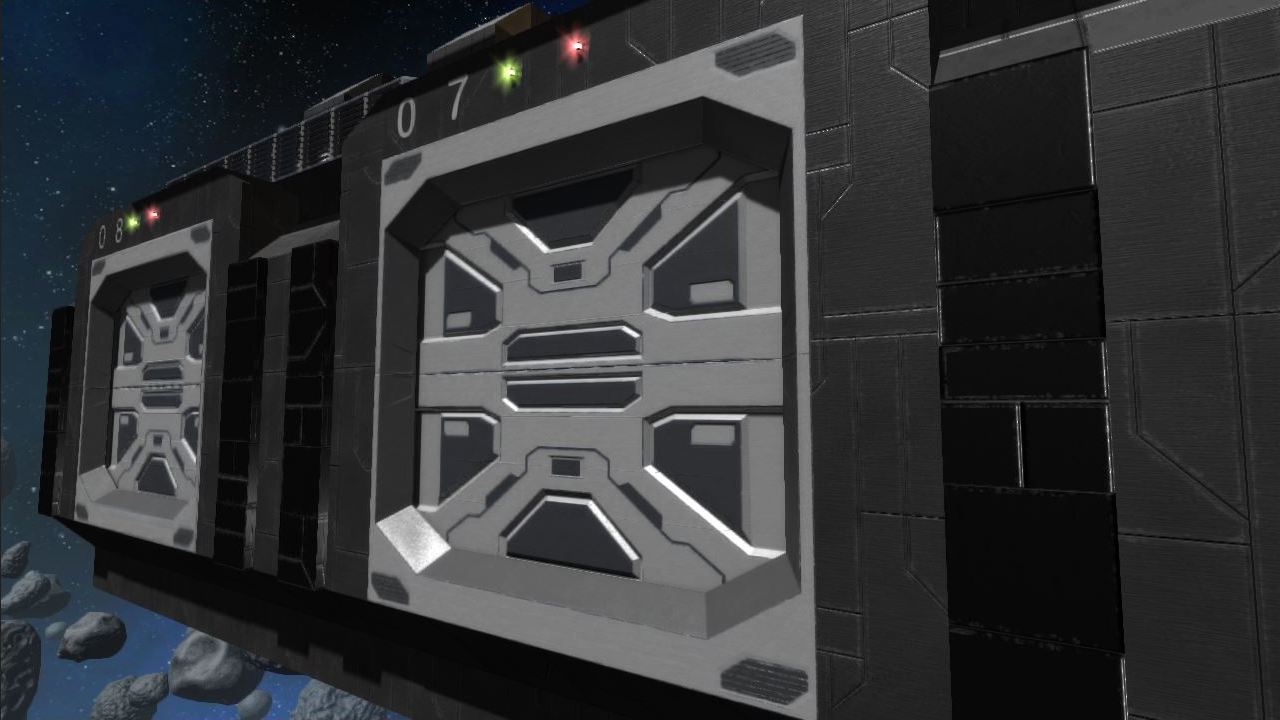 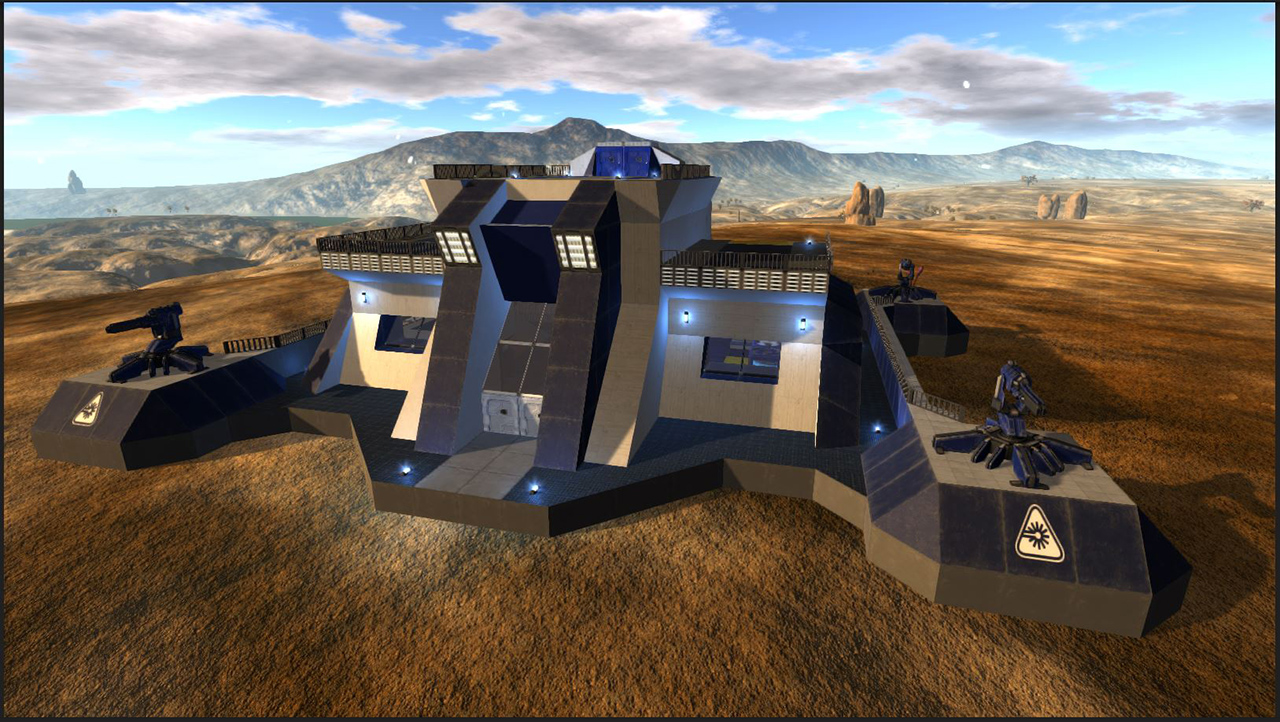 Bug Fixes:
- Fixed Exploit: Endless Ammo for handheld weapons
- Possible fix for picking up deco (e.g. crystals) infinitely
- Fixed: Survival Constructor Icon does not vanish when picked up
- Fixed: Map icon of Survival Constructor is not removed when destroyed
- Fixed: Letters are not properly centered on blocks
- Fixed: Turrets and other blocks can be used on vessels not providing those normally
- Fixed: FOV Resetting when Game is exited and restarted
- Fixed: The planet-bound drones did only attack players but not SV and HV anymore
- Fixed: Alien POI Turrets firing as long as no Player turrets are placed (PvP and PvE)
- Fixed: Duplication bug: Duplicate components with Large and Adv. Constructor
- Fixed: Player Turrets on POI did not work (SP/MP)

Save Game Compatibility:
Due to our new decoration placement algorithm, we recommend starting a new game in Alpha 2.0. However, you can continue your old save games but you might encounter strange deco placements (e.g. deco on the slopes of mountains etc). To ensure full compatibility you must copy all new playfield.yamls into your save game folder.

Step-by-step guide:
- Suppose your Save Game is called "New_Game"
- Go into the "Templates" folder of your save game, located here: C:\Program Files\Steam\SteamApps\common\Empyrion - Galactic Survival\Saves\Games\New_Game\Templates
- In this folder you will find the templates of all playfields you are currently using in your save game (Temperate, Desert etc). You have to update the playfield.yaml to the new version
- E.g., for the temperate planet Akua you have to replace the old playfield.yaml in Temperate folder with the new version. In particular, copy playfield.yaml from C:\Program Files\Steam\SteamApps\common\Empyrion - Galactic Survival\Content\Playfields\Temperate to C:\Program Files\Steam\SteamApps\common\Empyrion - Galactic Survival\Saves\Games\New_Game\Templates\Temperate