All new screenshots from the pending alpha release.

The Ghostship game has come along way in recent weeks.

Check out the new screenshots! 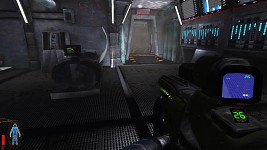 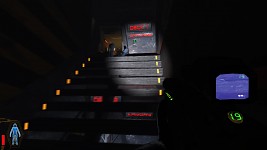 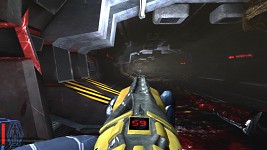 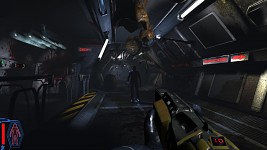 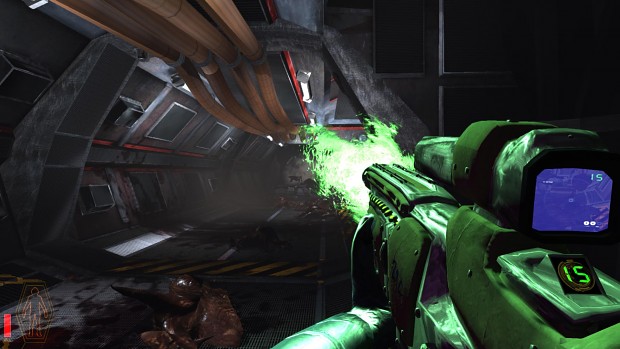 In the last week I have added an excellent programmer to the project who has achieved great things within just a week. The overall plans for ghostship are now getting bigger and better. As I am preparing a polished alpha version for release on the 26th April 2013 there is lots of polish that has now been added to make sure you alpha funder`s will have hours of fun.

If you have not signed up to the alpha fund then you only have 3 weeks left!

Overhaul on lighting and some extra visual work
Polished Weapons with ammo display on weapons
6 weapons will feature in the alpha (see weapons page on ghostship Website - www.cdfghostship.com)
Plasma Pistol fully operational
Save Game feature
New alien animation
All new AI - I now have an amazing lead programmer who is taking the ai to another level!
Medical deck finished and will be included in alpha
New Hud - new minimal hud system

Overall there have been many changes and more screenshots will be posted soon.

Allready looks better then Aliens:CM.
Now if you're able to develop an interresting gameplay this game will be 10 times better.
I'd say less action oriented and more classical survival horror would be a good direction.

From what i see in your screenshots, there is a lot of heavy gun action going on.
I think it would be better if you'd have to use small low power hand guns or even melee weapons most of the time.

To be fair, that's not much of an accomplishment :)

I did not understand the text on your website. If I do Alpha fund, do I get the full game when it is released?

The alpha fund will grant you the full alpha release (4 decks in story mode and 1 map in onslaught mode. The full beta on Halloween (full ship) and you get the full release for half price. Full release eta - Between Xmas and New Year 2013 and will include full ship and the rest of the story mode carrying on to the Icarus 3 orbital station or the Icarus 3 colony. The full release will also feature an arcade mode.

Looks good fellow Lone wolf. Making a realistic graphics 3D game is much harder than a cartoon one.

Yeah its hard work work but i have 20 years experience in 3d so it really helps. Just had a great programmer join the project which will give me more time to work on the other aspects of development :)