During this week I've made a lot of stuff in my game, added new mechanic and made several big and small fixes. 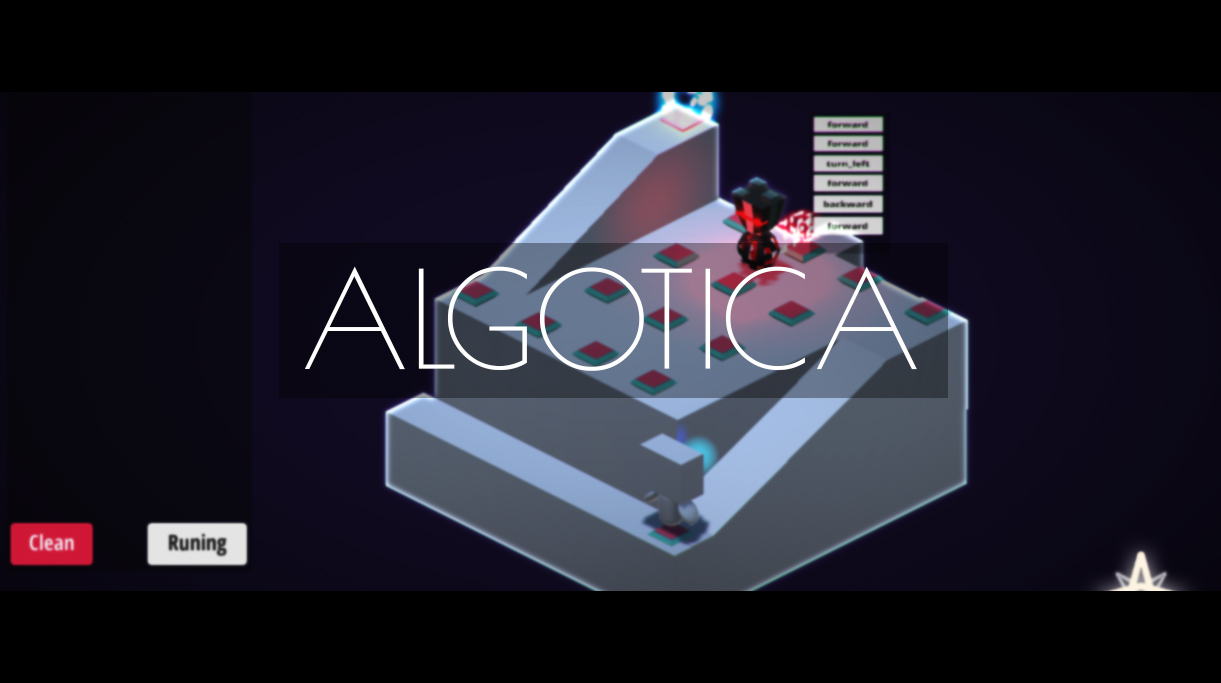 Hello again! During this week I've made a lot of stuff in my game, added new mechanic and made several big and small fixes.
Let's start!

I've got this idea in my head for a long time. The idea is to make enemies controlled by their unique programms too. And the essence about it - is that you can see these programs. Take a look at this video:

I think you've understood the idea. The black bot is an enemy and you can see his program near him. Thus you need not just to write straight commands in order to get to the end-point but you need write program and keep in mind(and understand) all moves of enemies. So...in some way, it is like chess somehow. Just imagine that you have several enemies on a level all of them controlled by different programs. It becomes challenging to solve such puzzle.

#2 About this particular enemy bot.

I made the model of an enemy patrol bot (later there will be several types of enemies, each type with his own pattern of behaviour) in Blender. I tried to keep it as simple and clean as possible but still I wanted it to look not like a fast-made rubbish, and I hope that it is not. I add patricles effects to it, so this bot has something like a energy core inside him. I also tried to made intetersting animations for this model. Like the animation of "Lony deleting".

3.1 Now, it is possible to delete individual blocks of code rather than cleaning the whole code panel. 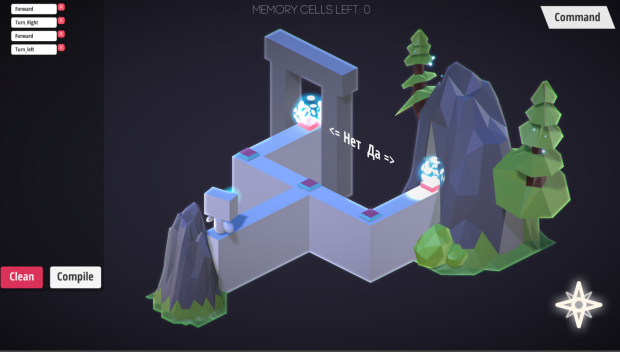 3.2 Parsing improved: Now all errors appear before running the program. 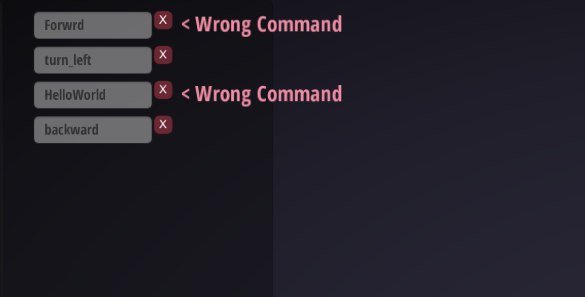 3.3 Now it is possible to skip monologues with "space" button. Classic.
3.4 New algorithm for monologues - the time it stays on the screen depends on the amount of letters in it.
3.5 Added a Hot Key - "ctrl"+"q" combination creates blank command block.
P.S All this updates will NOT be added to the alfa demo of Algotica, which you can find there

This demo was made to show the main idea of this project. When I create enough content for the game I will probably release a full-demo.

P.P.S If you know russian - here is the VK group: Vk.com