For a better coding understanding, instead of having to create everything from the start, why not starting with what you have and learn from that?

For a better coding understanding, instead of having to create everything from the start, why not starting with what you have and learn from that?

The V8ORS - Flying Rat project, the coders gave me the source code (a request previously made by me to them), with that I was able to see and try to understand it. After that it's time to put on paper the story behind the game.
The first thing done were some questions. Where it takes place? What I'm pretending to do? What features I want to include? What I want to learn? 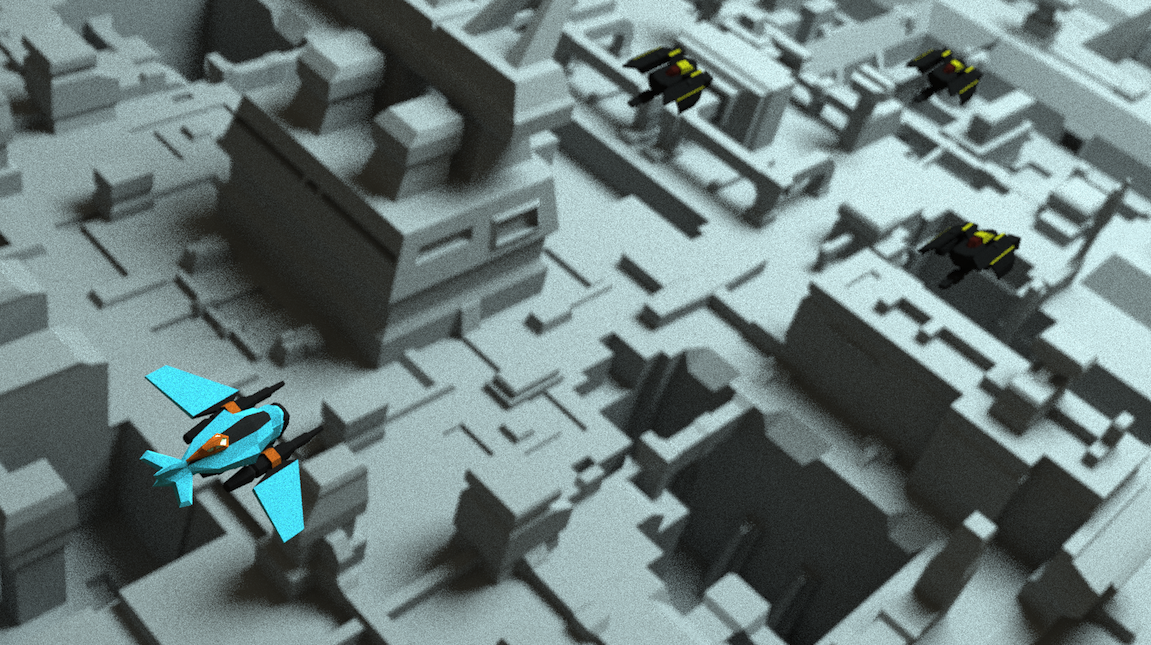 What I'm pretending to do:
- New assets for the game (2d, 3d, UI, Brand Design)
- Learning how to code, not only C# but really understanding the code fundamentals, how to solve a problem, what path and tool to use for a specific task.
- Create a social network from the development, increasing the visibility and prepare it better when launched.
- Avoid repeating the mistake I've made in the V8ORS - Flying Rat and learn from that. 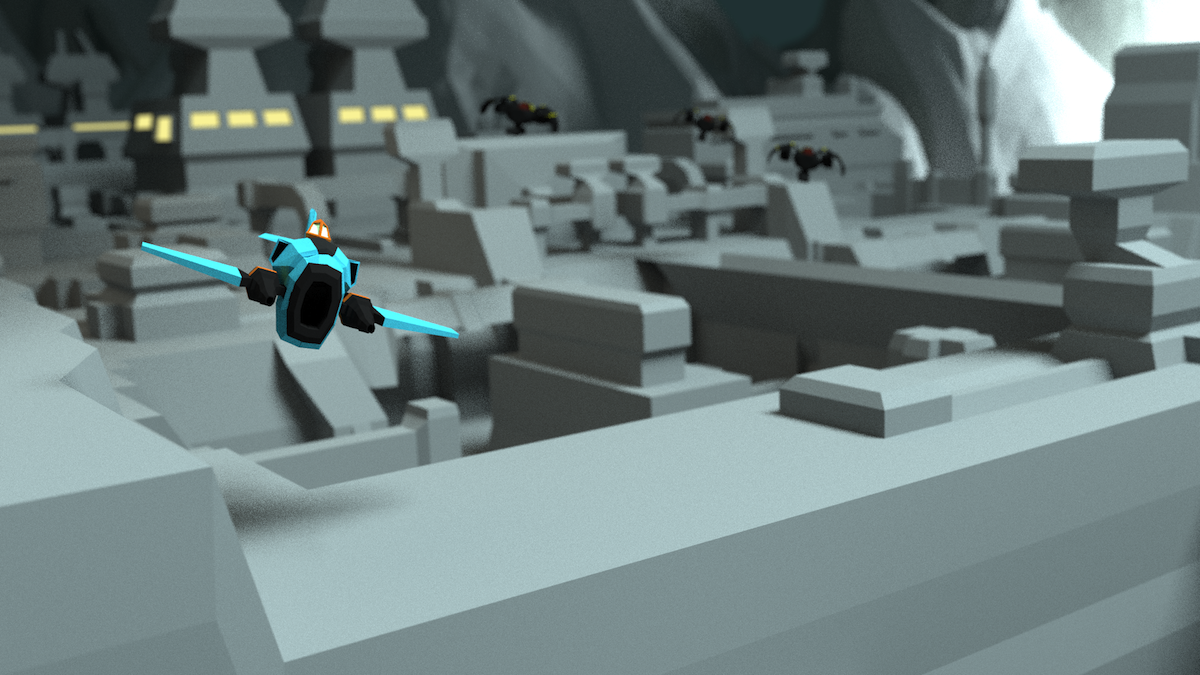 What features I want to include?
With the V8ORS - Flying Rat source code, I'm using some of the base features, improving them and adding more.

ALREADY ADDED:
- More flight patterns from the Enemies.
- Adding a Health Manager for the Player.
- Adding a Game Object to pick up to gain Health.
- Adding a Bomb for the Player - after launched it will be ready to fire after some points.
- New art assets.
- New Sounds.
- New levels gameplay.
- Levels completed by Points.
- Level Menu, with locked and unlocked levels. The levels are unlocked by Points.
- Create a new Alpha demo in the Google Play.
- Create a new demo app in the ChartBoost.

TO ADD:
- Enemy Boss.
- Side Ship Destroyers.
- New home UI with "New Game", "Continue Game", instead of only "New Game".
- More BackGrounds to random between them. 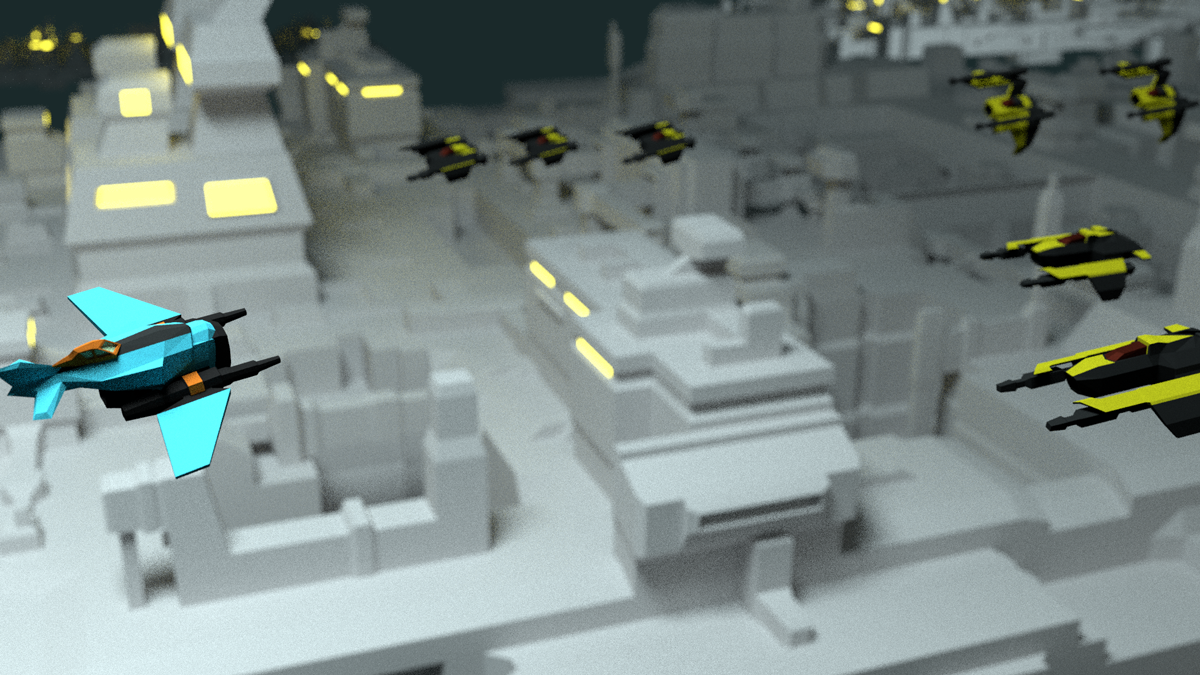 What I want to learn?

- I want to learn how to code, what to use, how to use, breaking the problems into small ones, in the end see the problems like a coder.
- Manage to take the game and get more installers for the game.
- A better promoting on the Socials Networks. Working on this since the Development time, showing the updates and progress.

Where's a gif from the Game, the UI is not the final.

The name for the game is ACE of SPACE.

There's already a logo for it and all the UI is being updated with the new "Brand" game.
The main idea for the logo was to make it like a Squadron Patch used by the Pilots. It's clean, strong and the general shape look's like a badge. 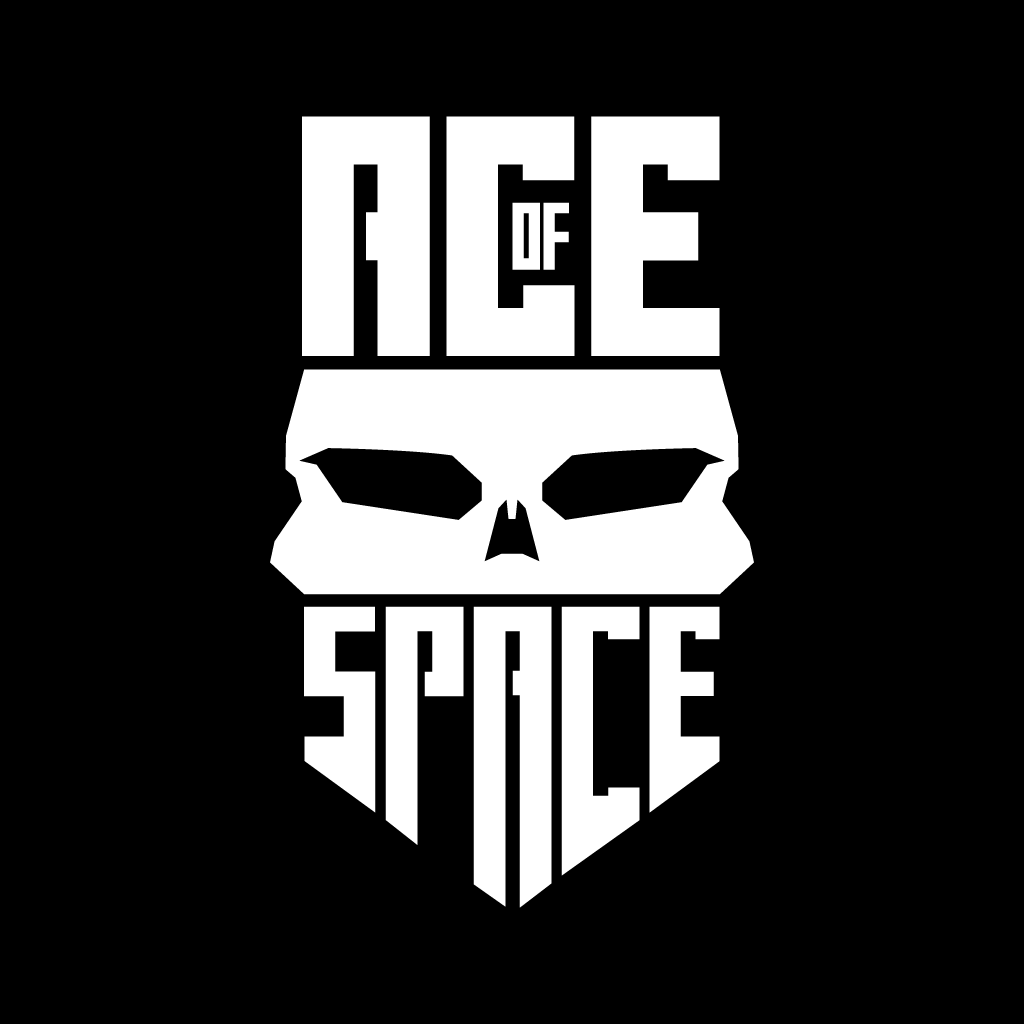 With the logo complete, it was time to go to the UI, start to shake things up. First the Home Menu, Levels Menu, Credits and Instructions (probably this one will disappear).
Here's some screenshots from the game Menus. 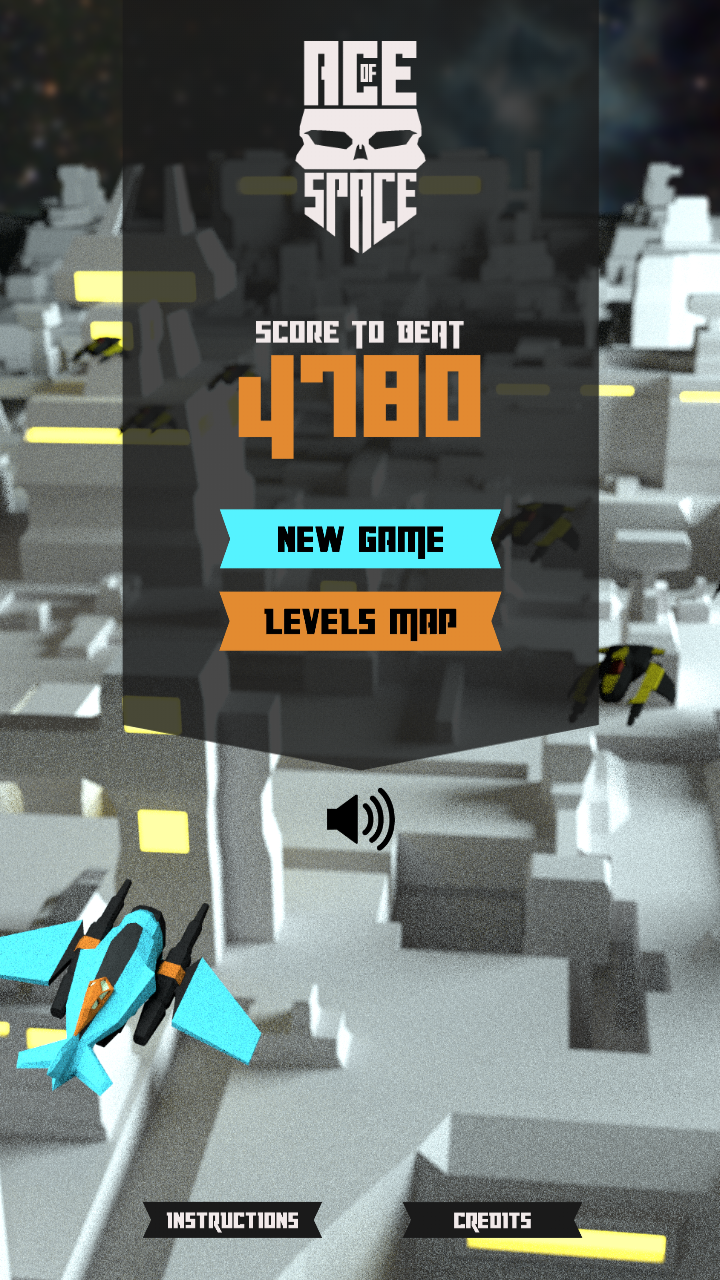 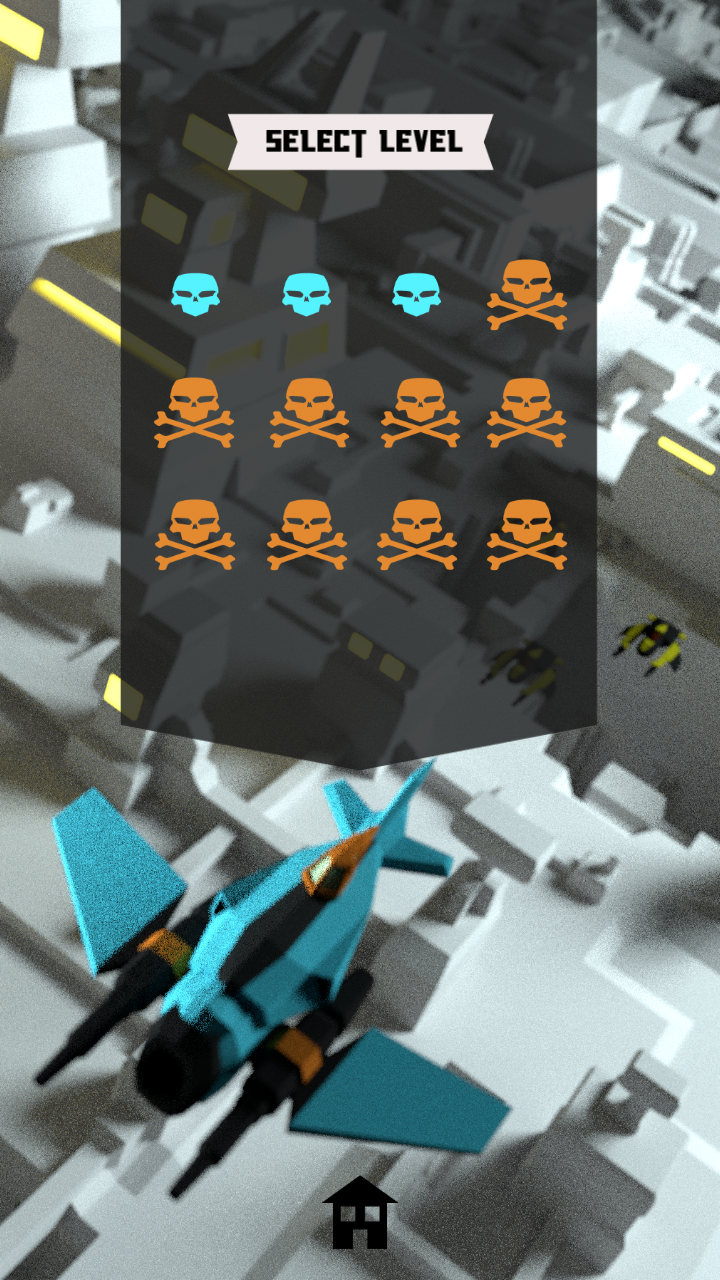 In the past few weeks I wasn't able to work as long as I wish on the game, some Design works to be done, and in this moment it's what puts food on the table, but it's making games that makes me happy!

Hope you like the game, stay alert for more news!!

ACE of SPACE by In Pixel We Trust Arcade
Related Engines