And here we are, finally ready to talk about Settlement Governors. Although Sgt. Heimer is perfectly capable of doing so, let’s just say he can’t be in more than one places at a time now, can he?

If we ever hoped to get something through your thick skull, it’d be just how important managing your Settlements really is in Empires in Ruins. With today’s post, we also hope to make you understand that managing a Settlement’s resources and dealing with occasional rebel uprisings, could be a full-time job on its own. When Sgt. Heimer is present in a Settlement, you have full control over everything through him. For the rest of your Settlements, however, well... assigned Governors will have to safeguard them against both political unruliness and poverty in your stead. 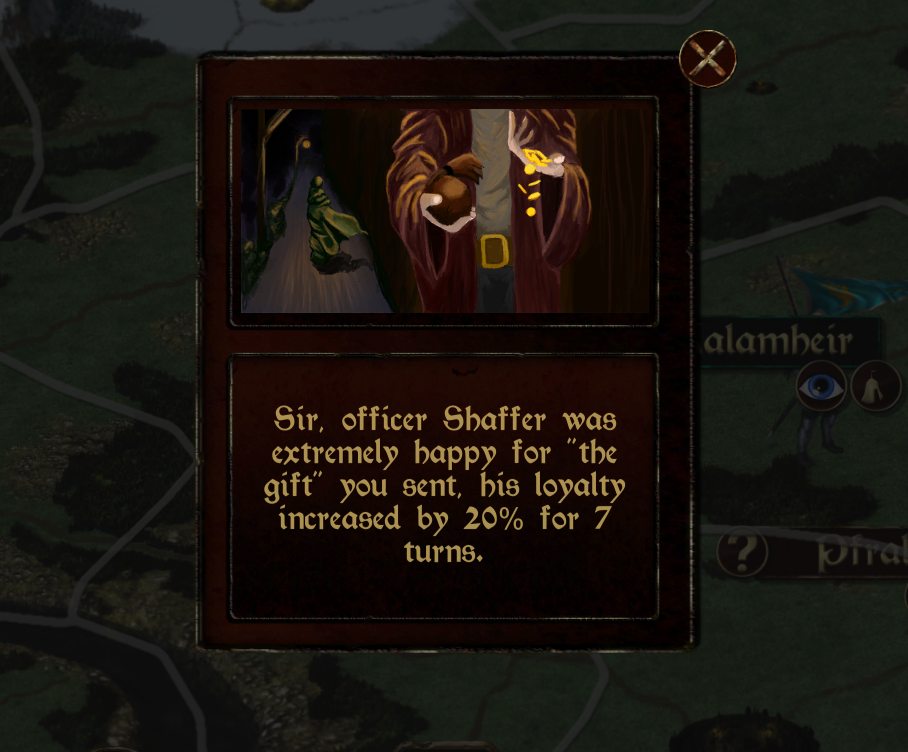 Generally, as soon as you gain a footing on a Settlement, you’ll be given the option to assign a Governor to manage it. You will be able to recruit from a bunch of hopefuls whose stats (i.e. Loyalty) will be randomly generated, as will any skills that can affect their battle prowess or administrative potential - if any. We do contemplate with the idea of creating few exceptions, whose availability and recruitment will depend on your actions. The plan is for these rare/hero Governors to come with predetermined skills and stats according to their character, but we’ll let you know more about these “special” Governors later in development. 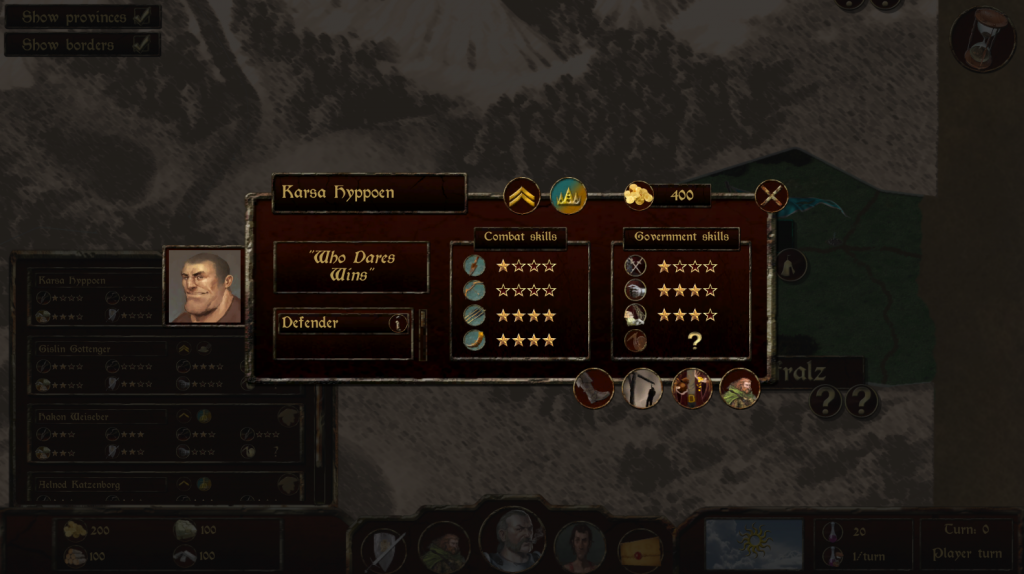 Each governor is characterized by 4 governor and 4 battle skills, each expressed in stars, ranging from 0 to a maximum of 5 for the veteran officers.
The battle skills apply in the combat TD/RTS maps for the officers that are part of your fighting team and will be manning your towers. They modify the Damage, Fire rate, Range and Moral of the tower they are in control of.

The governor skills are instead intended for those officers that will be put in charge as governors of the provinces, and they will influence the province statistics (Military, Economy and Social). Last but not least the officer's loyalty, a determining factor for the stability of your campaign. Investigate about your man, use your innate empathy, do whatever it takes, but if you don't wanna find yourself with a knife in your back, it's better to discover where the loyalty of each officer lies before it's too late. 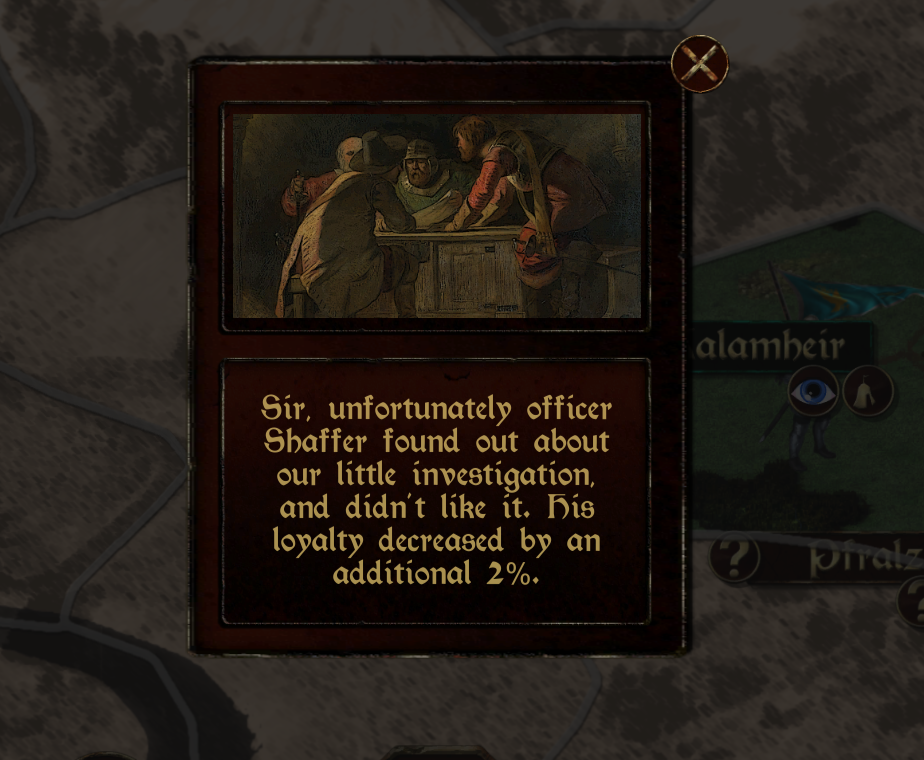 There’s another “thing” about Governors... they are Kothians. Not the ones to shy away from drama, subterfuge, or tax skimming, the only thing you can trust about Kothians is that they can rarely be left to their own devices. Along with their stats, Governors will come with quirks and flaws. You might be losing some of your hard-earned gold to their delectable tastes, or even have to face constant rebel activity because they can’t put their shit together. Don’t you worry, if you decide to keep an eye on them (your spies can work miracles when you don’t get drunk with them), you will also have your chances to deal with their incompetence accordingly... 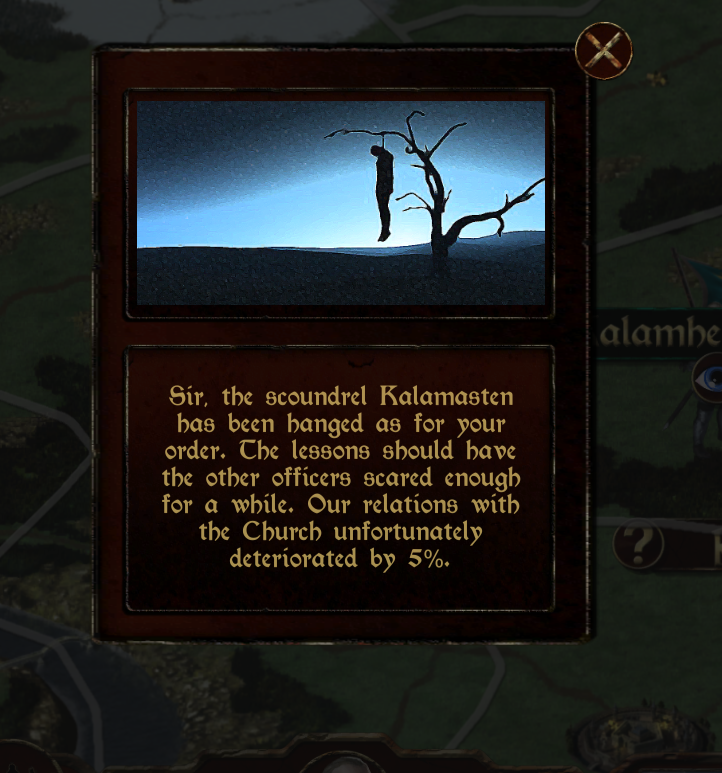 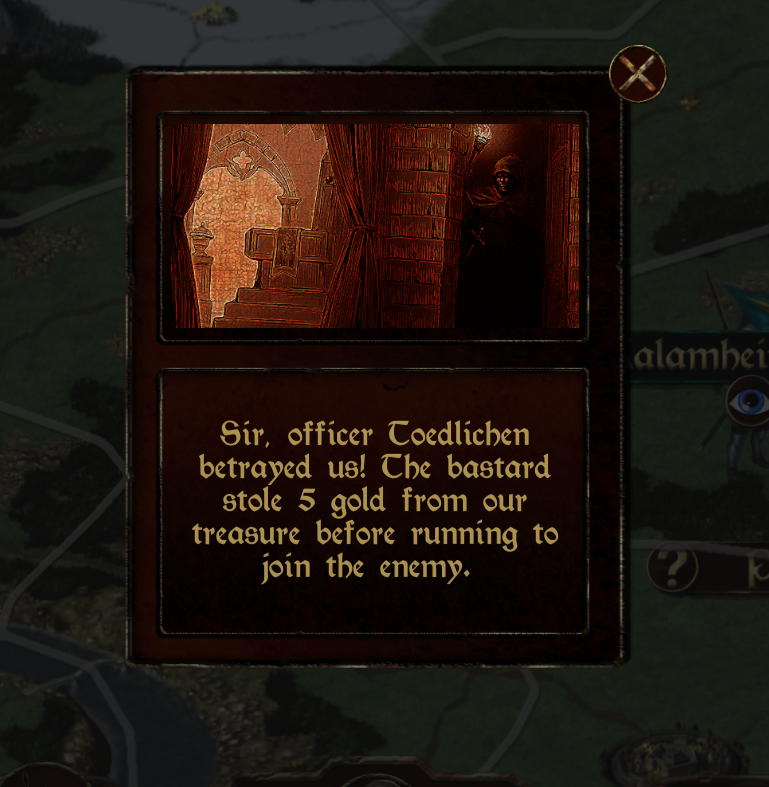