Steam February Festival was a blast. It’s been an incredibly exciting 2 months for Jupiter Moons: Mecha.

It’s been an incredibly exciting 2 months for Jupiter Moons: Mecha. As many of you know, we featured as part of the Steam Festival back at the beginning of February, which offered players the first public opportunity to buckle into the mech action of Jupiter Moons: Mecha. This update will be sharing some of the key numbers from the demo, as well as introducing you to the first ‘group’ of mechs you’ll be fighting against, Taka Constructions.

The Steam Festival was out of this world!

Being part of the recent Steam Festival was no easy feat. I spent a lot of long days getting the demo ready for public use, and going into the festival, I was a little worried with the depth and gameplay it offered. So, it’s fair to say I was blown away by the incredibly positive response the demo received.

On a feature basis, some leading content creators from the deck building genre played the game, and enjoyed the game. The most notable piece of content created was from Wanderbot, which can be found here.

On a more (dry) statistics level, featuring of the demo in the Steam Festival really helped give Jupiter Moons: Mecha’s Steam numbers a hefty boost. The festival saw over 1,800 players play the demo, with an average play time of 49 minutes. There were also 1,690 wishlists during the festival period, which, broken down equals an average of 241 wishlists a day throughout the festival. I can’t lie, these numbers are amazing. We’re still a way off release, but the platform we now have from this boost means the daily average is up by a respectable amount.

I owe everyone who played the demo, wishlisted the game, joined the Discord or reading this a huge thank you, so thank you. 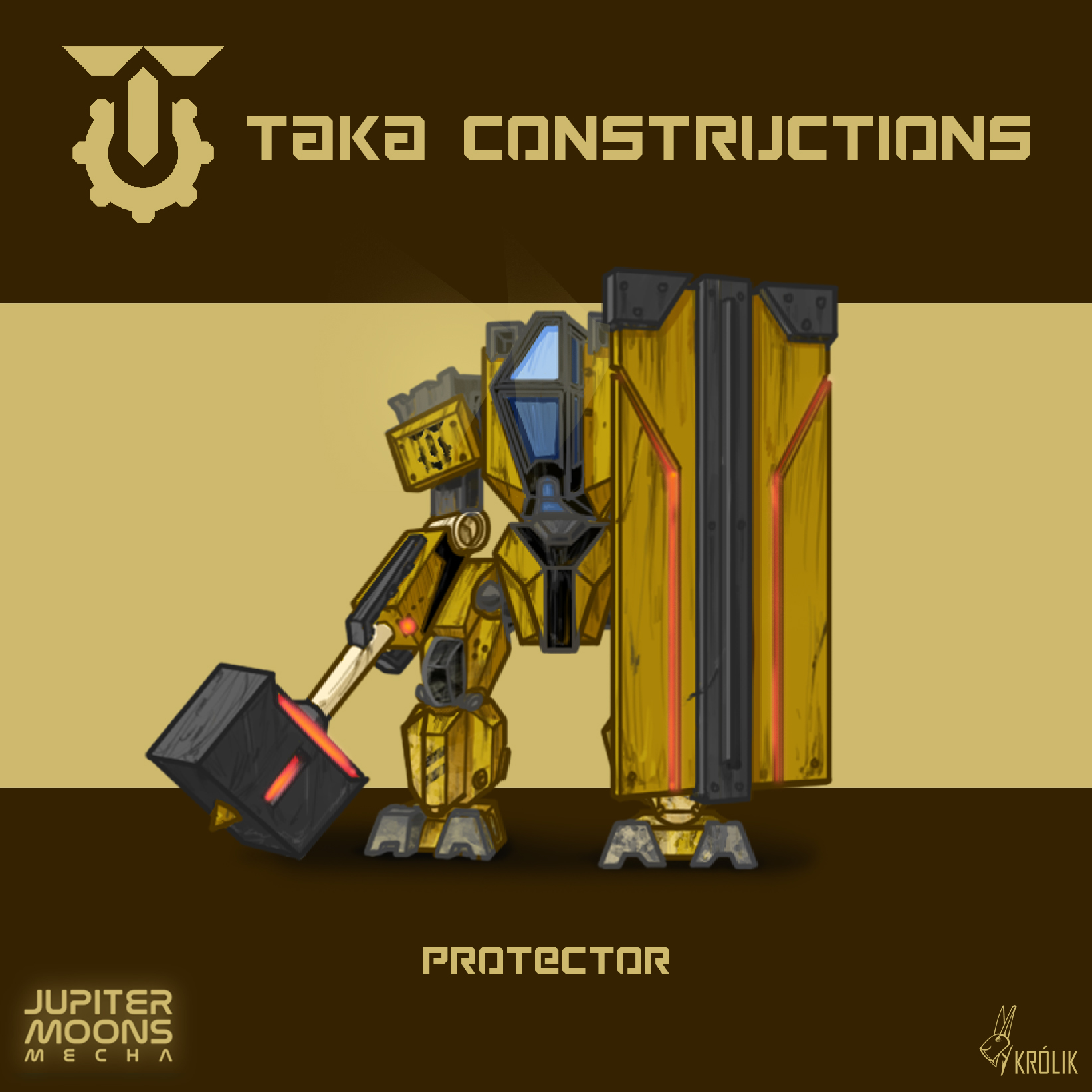 I’m really excited to introduce you to the first (finished) group of mechs for Jupiter Moons: Mecha, Taka Constructions.

In the final version of the game there will be a variety of mech groups/identities, all of which will be contrasting from each other, in both a visual and gameplay aspect. I’m not ready to share any of the other factions yet, but they are currently in the works - more info soon.

Lot’s too look forward too

The demo provided a lot of feedback for me to work on. Currently, I’m playing with different updates to the tutorial, mainly with thematic tool tips to help with in-game interactions for new players.

I’m also working on getting the entire Taka Construction army in the game, as well as the design for the other mechs. With the design and development of the different mechs, the lore of Jupiter Moons: Mecha is growing and I look forward to sharing more of this with you in the coming months.

Once again, a huge thank you to everyone for their support with Jupiter Moons: Mecha.