Background art, theory and more. The hows and whys of the art in Boss 101. Plus a look at our latest Dev Article!

Posted by DonleyTimeFoundation on Nov 9th, 2015

Let’s talk about some of the things you will see happening in the backgrounds in Boss 101. Each level represents a section of a city and many are on different planets. During the course of the game you fly from planet to planet and see a lot of the Boss 101 galaxy.

So, how do we make things interesting? GOOD QUESTION! We started with the story, which has you cross the universe through a series of warp gates looking for Boss 101 and his home planet. Once we knew that bit of lore we had a reason and a design for a lot of the planets in the game. The idea is they progressively get more strange as you go along. For instance, you will see moons with holes punched out of them and strange Dyson Sphere like systems.

Below are some of the creations to give the player a sense of the alien places he is visiting. Make no mistake a LOT of this is a tongue and cheek takes on alien life. Of course, we have a ton of fun creating the look of the worlds to texture to the planets.

Check it out and see what you think! 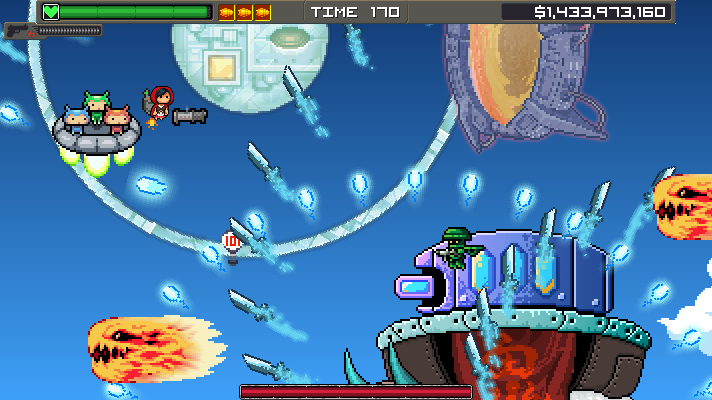 How much is enough?

When we sat down to make Boss 101 a lot of the impetus was to have fun flying around in a jetpack. As the game development progressed we began to add in things we felt created value for people playing. It is an organic process we believe is making Boss 101 more ‘real’ than just a collection of backgrounds and sprites. The best part is we are giving you that story as part of the experience.

You get to fly around exploring with Steve and Max and discover places right along with them. You also will find out why there are warp gates and how YOU can control them. We originally planned to make this a souped up remake of the web version of Boss 101 but it has grown into something a lot bigger and more fun. If you look at the prior updates you will see we have been adding in things like the Endless Boss mode and a huge Command Center. This is all part of the total world experience we are making for you.

You will have tons to do and ideally you will find many little things to do between battles. Shop, upgrade your weapons and yourself, fly kites, consult the gophers, plan your next moves and more! You can play arcade games too!

It’s all there for you to do and part of the giant universe of Boss 101. 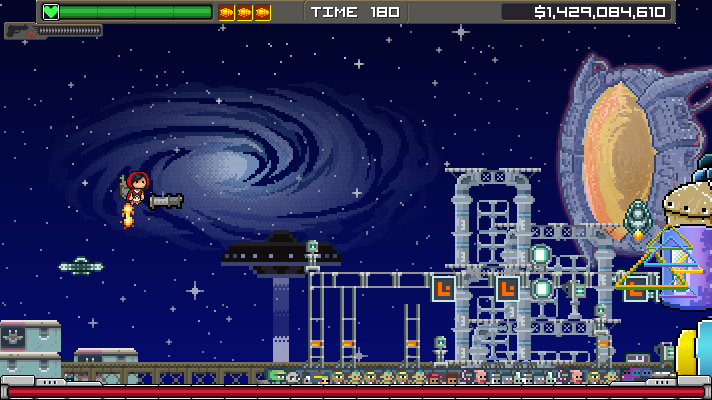 Ctrl500.com latest Dev Article is up!

Our latest article on the hats in Boss 101 is up at Ctrl500 here: What a Difference a Hat Makes in Boss 101

A little backstory – hats in Boss 101 are just one way for us to give players a neat customized look for their characters. It’s relatively low cost for us but the payoff is really high when you see it in game. Today we are talking about character dress up – specifically HATS! Who doesn’t want cool lids to go into battle with? Valve sure thinks you want them in Team Fortress 2 and we are giving them to you in Boss 101.

For a long time we had hats in the game as buffs to your powers. Extra health, extra firepower, etc. Some hats were especially good against certain types of bosses and others gave you money bonuses depending on what you were attacking. All good things. What was missing though was that last little touch to make the hat special. Well, along came an idea while we were working on another system to add abilities for hats, ammunition and bosses. We call it the “alt” system and what it does is allow us to replace one thing for another on the fly.

As always, remember to live your dreams. No one else will. Talk with you soon!