12 orbits is the only game for up to 12 players at once, no matter what you play on. All you need is a single keyboard, tablet, gamepad, or even smartphone.

12 orbits is a local multiplayer game for big and small groups. It is easy to setup, can be taught quickly and be played everywhere.

What does it offer over other games from this genre? First of all, more players of course. Also, four varied modes for versus and team play, so you don’t have to stick to one play style. And these modes are suited just as well for a quick round as for competitive players. But the most important part is that it actually works!

Keyboards and touchscreens are no longer overwhelmed by too many inputs at once, since 12 orbits requires only one button per player. You don’t even have to keep it pressed. Also, no workarounds, like cycling through different input modes, or pressing the button different lengths of time for certain actions. Just intuitive one button controls that work well for competitive multiplayer. 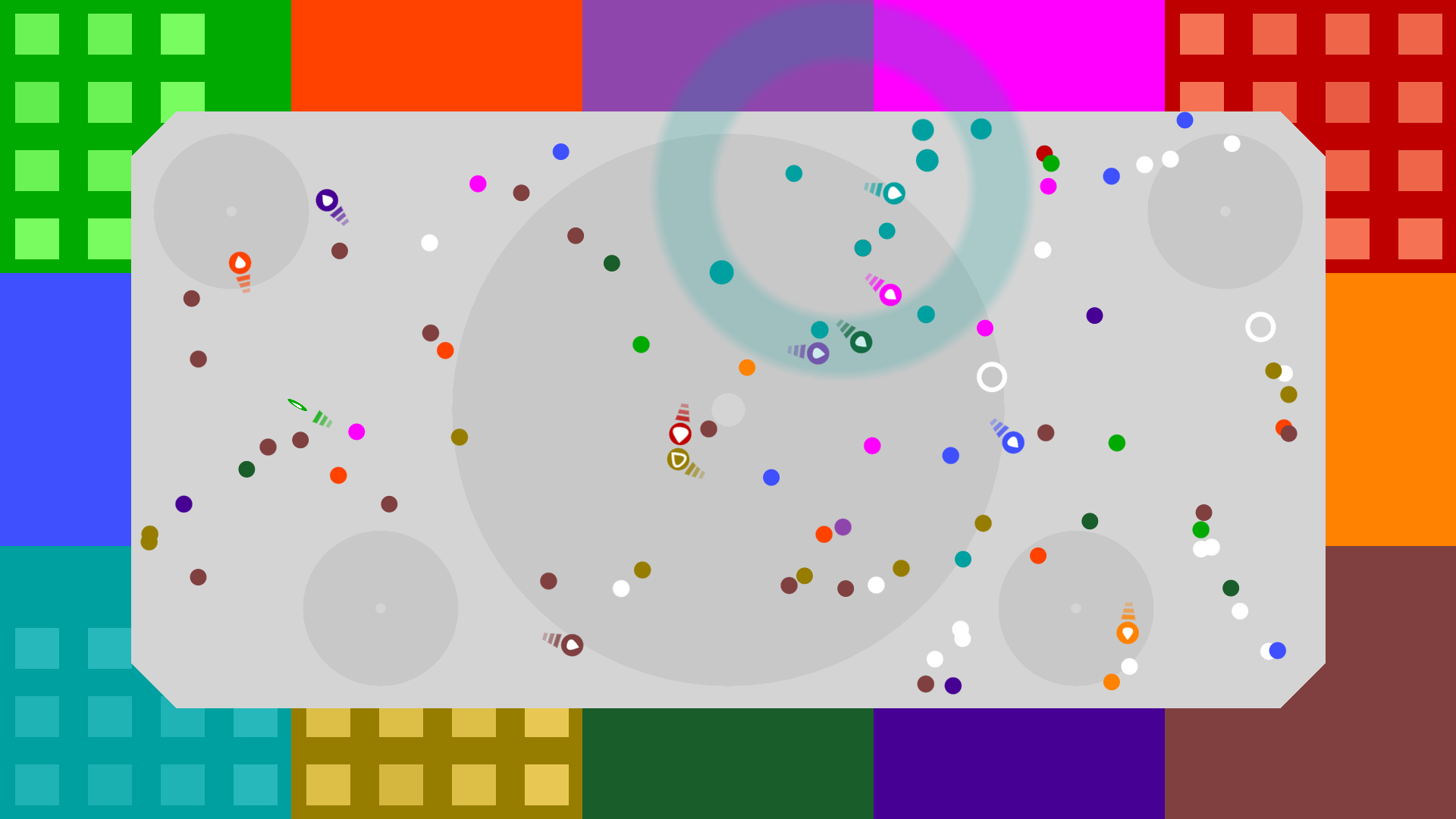 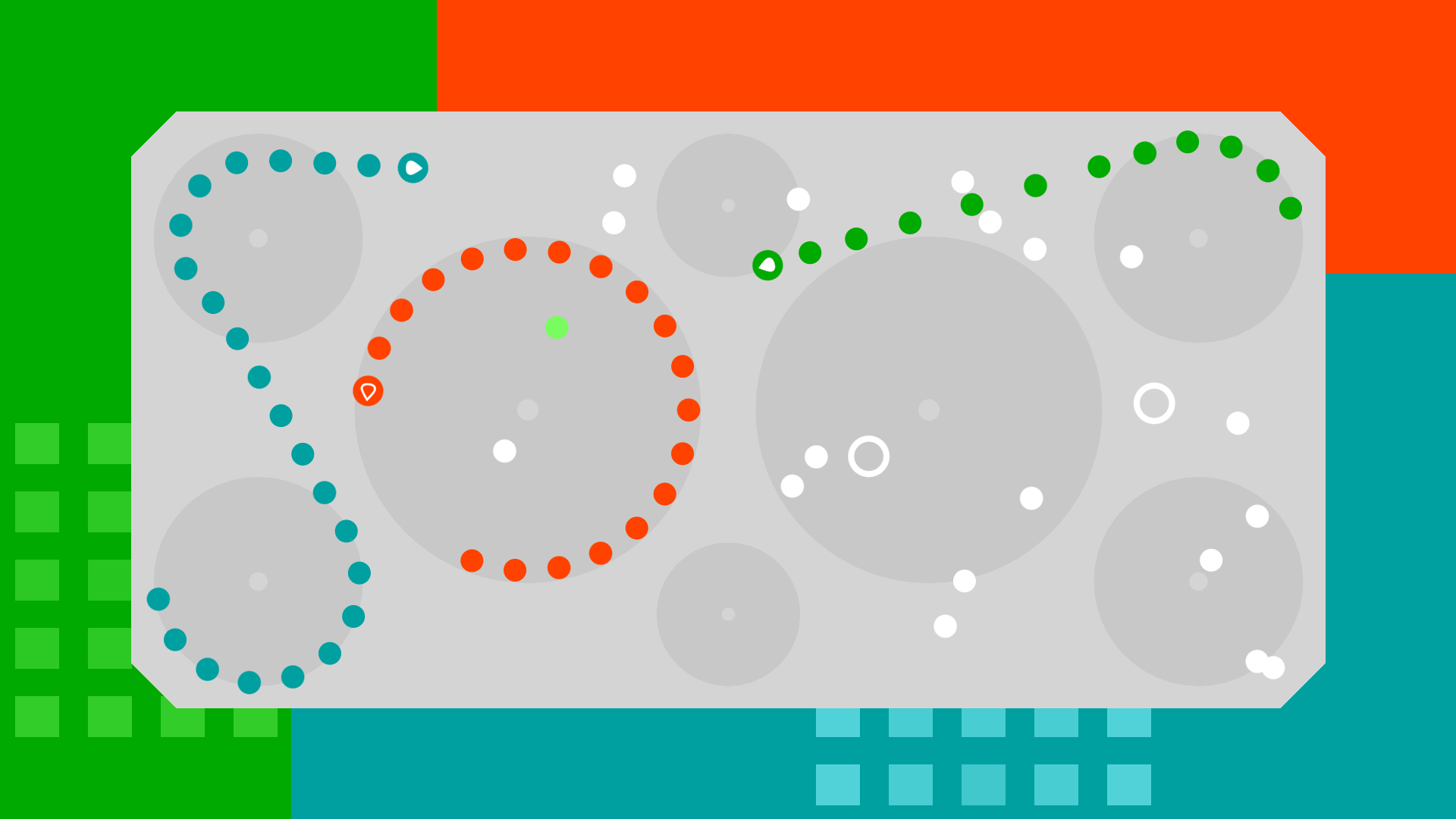 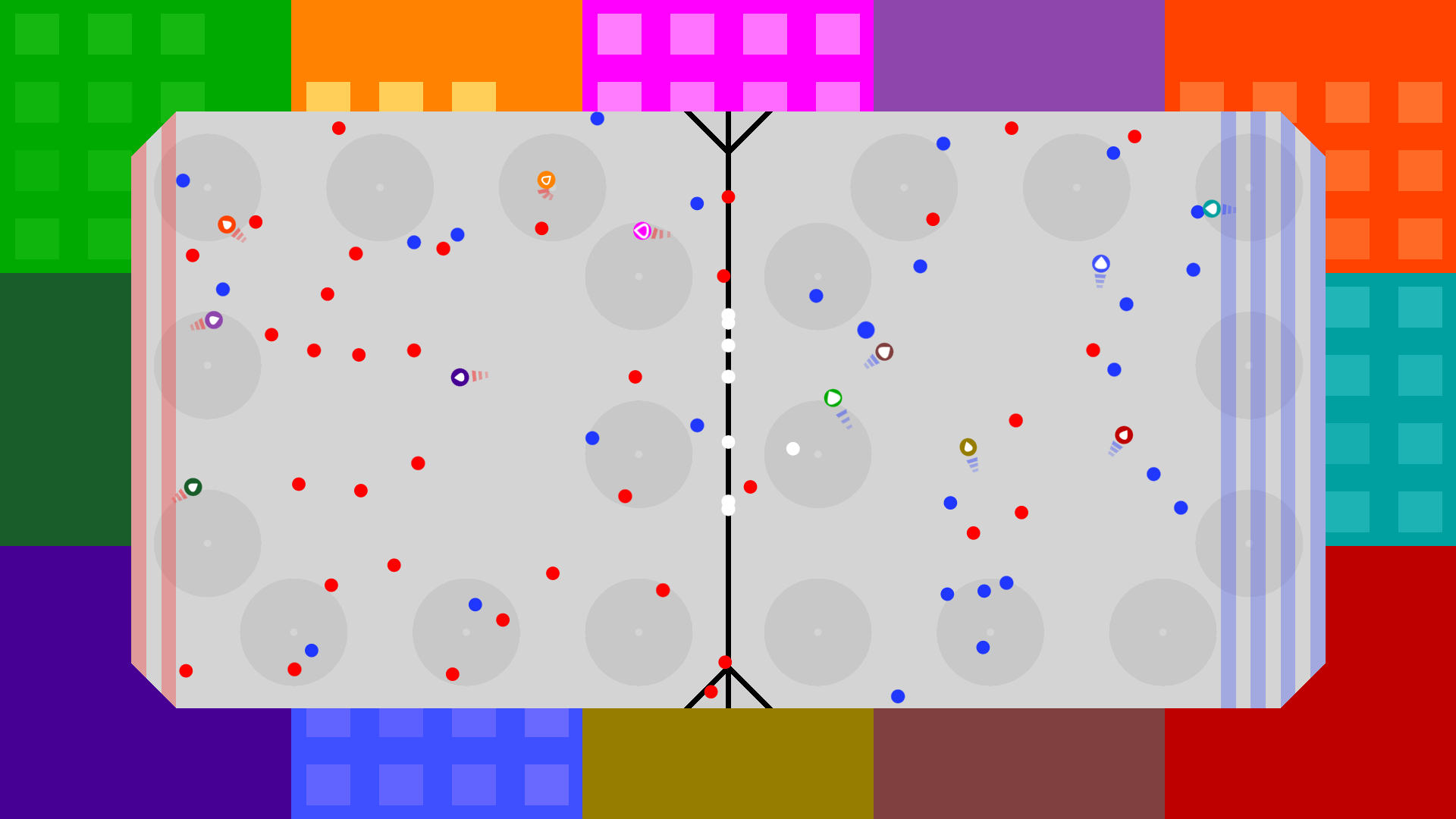 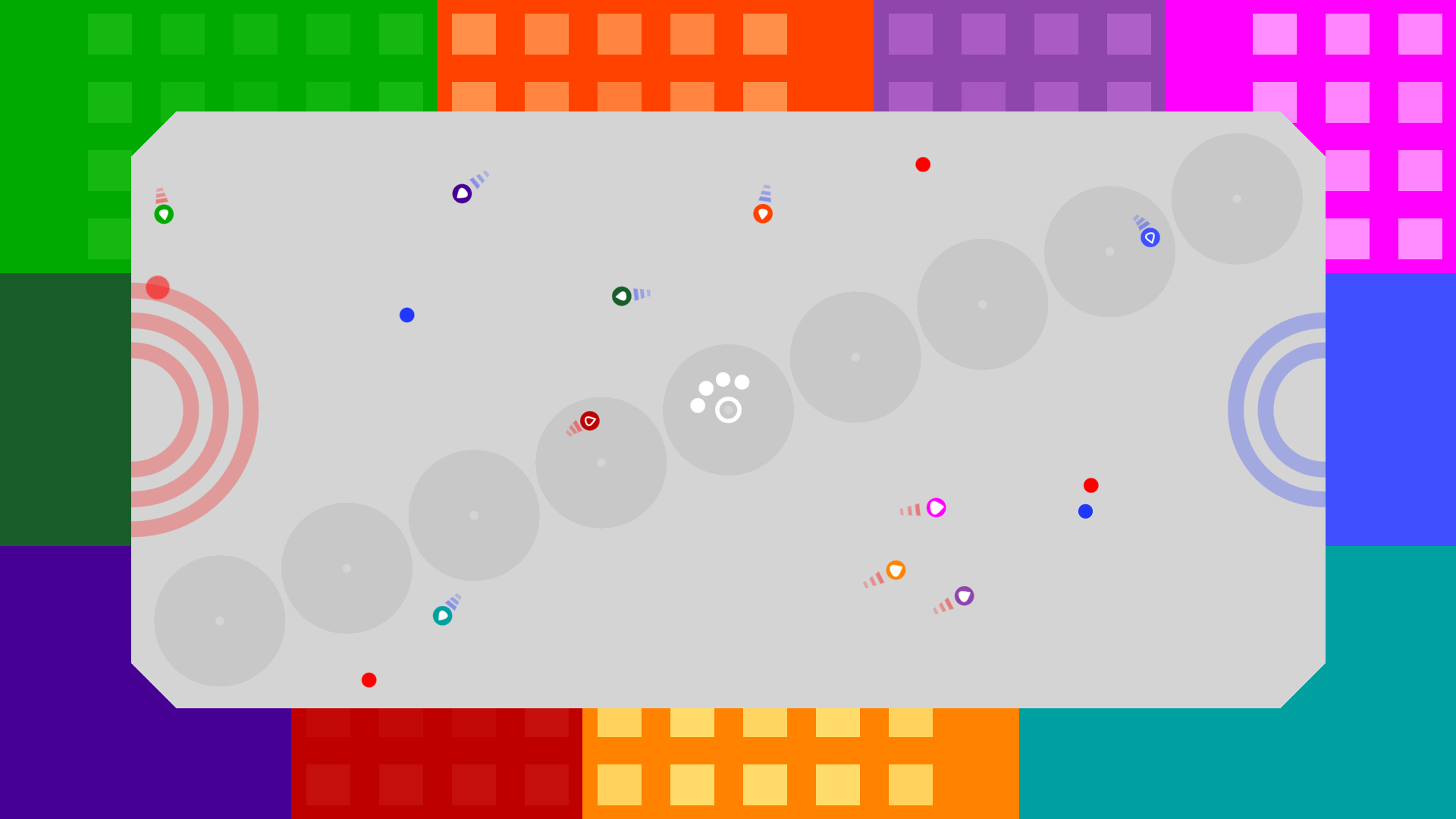 12 orbits is finished. It took long enough, more than three years in the end. The next step is releasing the game. Every statement by me about the release date should be taken with a grain of salt though. This is my first time trying this, and I have no idea what I’m doing.

If you want to try 12 orbits right away, just message me. Until the actual release, I will generously throw around evaluation copies upon request.