Hello everyone! Version 1.2 of Interstellar Space: Genesis is a huge free! update and is now available for public testing on Steam's unstable Beta branch! 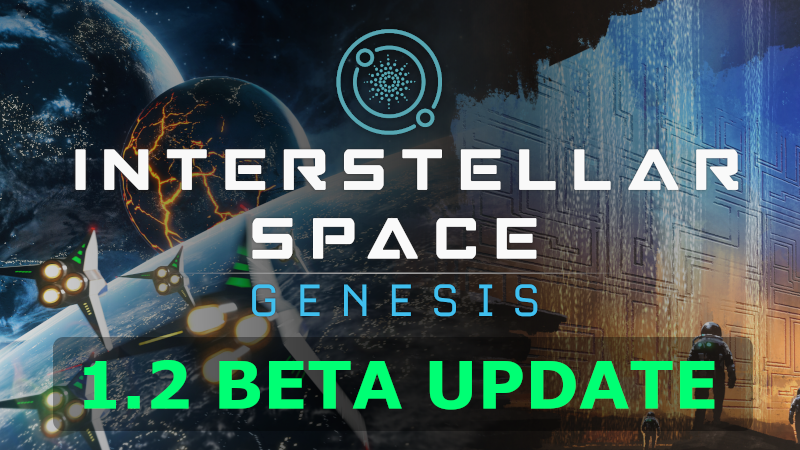 Version 1.2 of Interstellar Space: Genesis is a huge free! update and is now available for public testing on Steam's unstable Beta branch!

Please note that 1.2 unstable is an optional beta update. So, if you want to help test it alongside us you have to manually opt in to get access. In your Steam library, right click on Interstellar Space: Genesis -> Properties -> Betas tab -> Select the "unstable - Unstable Beta Branch for Testing" branch. The game will update and off you go!

1.2 adds a lot of new features, important QoL improvements, balance changes and bug fixes, many of which in response to player feedback. The highlights include a new tactical auto-combat feature, faster tactical combat animation options, improved auto-resolve calculations, the option to hide future technologies when going with random tech trees, rally points, and much more! See below in the full release note for the details.

We will be monitoring your reports for major bugs and fixing them. Please report them in our official forums, on the Steam forums, on our Discord server or if you prefer just send an email to contact@praxis-games.com with a save and the Player and Player-prev log files you can find in this folder: C:Users\<your_username>\AppData\Local\Low\Praxis Games\ISG

Compatibility note: Saves from previous versions are not compatible with 1.2 unstable.