I'm a college student and indie developer bent on gaining the skills I need to make my dream games a reality. School was not doing much for me so I decided to teach myself, and so far I'm learning a lot more this way. Check out everything I do at www.yotesgames.com

DevLog #192 (Missed the Train, So Up the Standard) 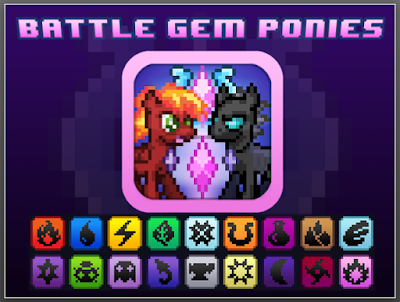 Tiny bits of progress get done week-by-week and right now I'm one step closer to getting those YouTube videos ready to fill in the gaps. With scripts written, it's a matter of recording all of them and splicing a few videos together.nI can hope it takes a weekend, but I'll just take this one day at a time. You know how I am with deadlines.

Get this week's GameDev news and introspection on yotesgames.com 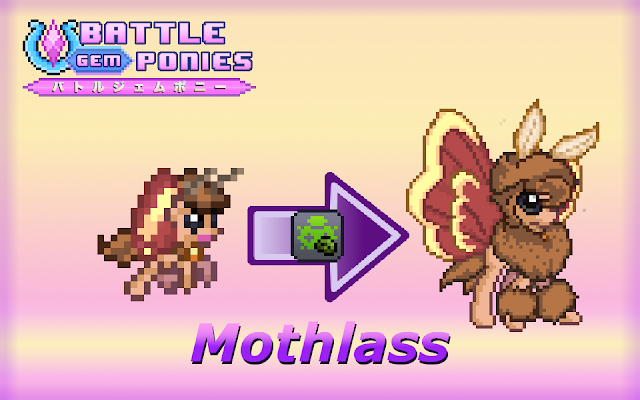 Here's my attempt to associate with the moth meme. Just wanna make a public PSA, the Battle Gem Ponies project is NOT dead. It's just kinda on life support. It's hospitalized. Yeah. Progress is still going, but at a snail's pace. Which (believe it or not) is a lot worse than usual.

Gotta throw that out there because dev time took a massive hit while I'm trying to get a work/life balance going while also living an hour away from the office and ALSO trying to get back in shape after months of little exercise and ALSO, also fussing over finances. It's a mess, and I'm trying to get back on track. Time really flies when there's two endless mountains of work to handle and spend a third of the day sleeping.

Come see what I managed to squeeze out of the last 7 days at yotesgames.com 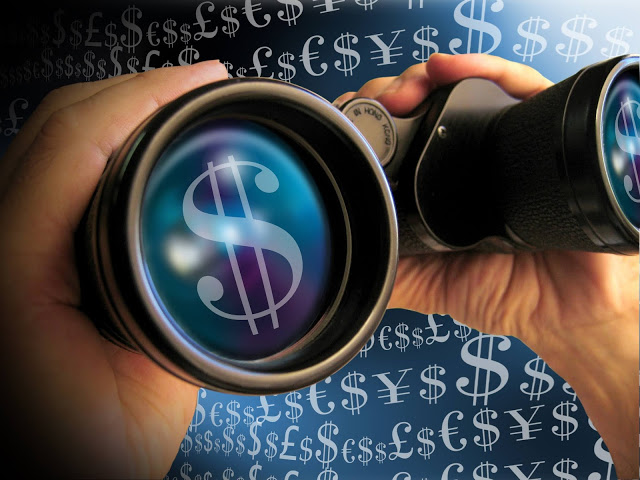 It's as official as it gets. And it'll make contracts and legal protection a lot less risky for me and a lot more straightforward for anyone I strike a deal with. I made a list of compatible publisher options and I'm pitching the game to them one-by-one. Someone says no, too bad, next in line. I figure out of the 20 of em I narrowed the list down to, one will agree I'm a perfect fit and give Battle Gem Ponies the budget needed to carry on to Launch Day!

Get yourself a whole buncha hoopla and gamedev news now! 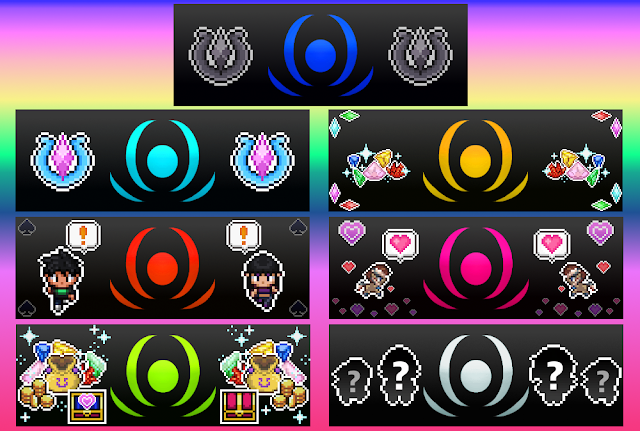 I got an itchy twitch finger and put up the new Patreon ideas immediately. Still eager for feedback and willing to add any new ideas or mix things around, but I really felt like kicking off August with the new revamp and just having that ready to go as soon as my first couple YouTube videos go up.

And new videos will be popping up twice a week at least for the next little while, just to build some momentum. It's all really exciting stuff and I can't wait to see how it grows.

Now then... Onto to the devlog! 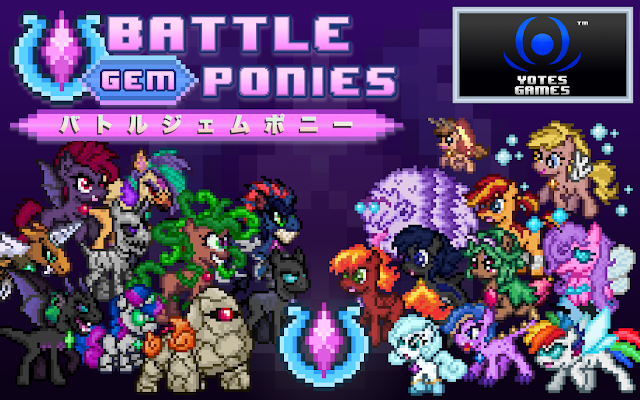 A key problem with Battle Gem Ponies right now is that nobody knows it exists. How do I let people who'd probably like it know it exists? Well, sitting here and talking about it on my website nobody's heard of isn't getting the job done. And an occasional mention here and there on high traffic blogs isn't working either.

How about I take it to the hypest place on the information highway? The place people specifically go to look to see interesting things they'll probably like...

YouTube. I'm talking about YouTube. I need to take my channel seriously and start pumping out videos that show what the game is all about, what I'm all about as a dev, and for the love of all things holy get my Patreon numbers up before my debts swallow me whole (this game is officially years too late and things I've been putting off won't stay at bay forever).

See all the different ways I plan to save my butt financially by pushing Battle Gem Ponies under a much bigger spotlight in this week's development log! 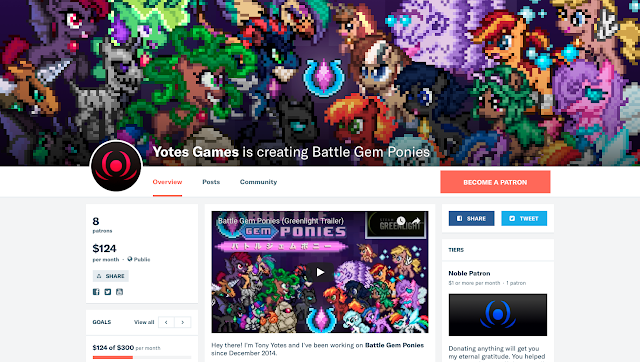 I'm brainstorming some new plans for making the Yotes Games Patreon a much bigger deal. My general idea is that I need to put more effort into my YouTube channel due to the level of engagement that gets out of people.

But I'd like to hear some feedback from you! It'd be super great to hear someone else's take on where I should take this crazy train next. Or hear exactly why you personally wouldn't donate to my Patreon but would to another. What rewards would you like to see? Should the project be more polished? I wanna know how to get strangers completely HYPED about this game!

Trying to emulate the success of ALBDifferent, Exiled, & YandereDev here, and a solid YouTube effort is the key ingredient I'm neglecting. Even just read an article today about how Fighting is Magic might not've exploded if that demonstration trailer didn't get shared left and right earning 900,000 views. Nerds like me read development blogs, but everybody watches videos. I outta make some videos.

Check out the huge list of ideas about how I'ma to do just that on the official development blog!

Hope rises as pieces of the overworld are coming together.

Weighed down by post-delay sad vibes all week and only just now getting back into the swing of things as I write this at 3:30am on a Wednesday. This week was code fever and I wore a programmer cap tight while sprucing up BGP's bones.

Lots of things are working better than ever, and lots more are sure to come. The real issue right now is seeing how much can get up and running before BronyCon. The panel is going to be a slideshow about game development in general, some Q&A between slides, how I came up with and created BGP, and what features I have left to create and how I plan to implement them.

And all that will be sandwiched between a Trailer to show off the game and a gameplay demo of the battle system and overworld. Then I'd like to have some sort of teaser finale to send everyone off with and encourage them to download the demo to their phones on the way out so they can remember the game later.

But how much I can show depends on how far I get in the next 6 days, so fingers crossed, I won't hit any more road blocks. Every precious minute counts right now, and I think I might just barely make it. So let's see what's been done in the past few days. 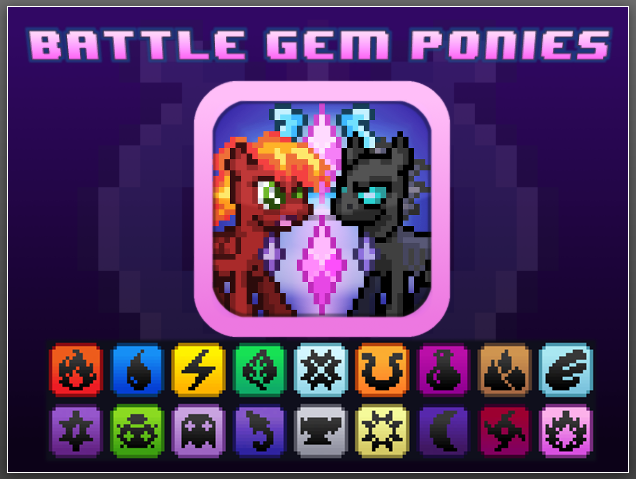 Pretty slow work week if I'm being honest. Life got in the way and the game's delayed yet another week. You know, going in you always assume you can handle the workload but only expect it to be a certain amount of time. Then you get so far into it you can't justify changing course because the end just has to be near by now...

I really wonder exactly how long it'll take for this game to be completed and how long the people supporting me or waiting for me to finish will tolerate this crazy passion project of mine. You can imagine how many times I hear "get a real job" on a regular basis.

Feeling all kinds of negative things right now, but I need to carry on anyway. This game needs to be made, and I need to do it. If I can just make this super polished Alpha go even just a little viral, I'll finally know if it's all worth it. 25 thousand players is all I'm asking the cosmos for.

More of this week in gamedev here. 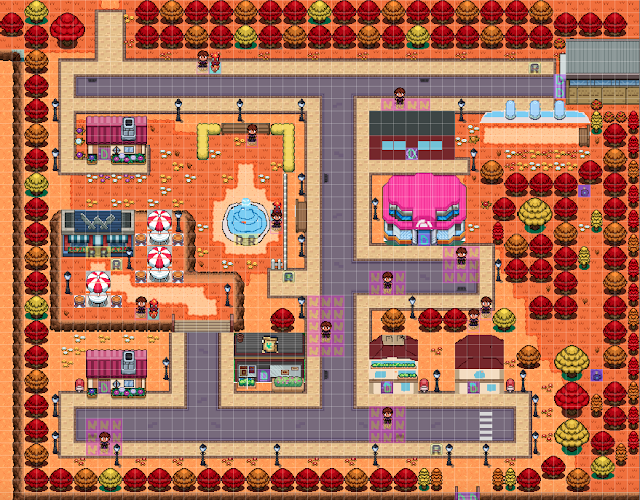 Starting to build out all the actual tile maps to be used in the beginning segment of the game, up to the first badge and a little beyond, just to get players hooked and hungry for more.

Now, while the completed Alpha won't be a thing until the entire game is playable start to finish, I do believe I can get the first part of the game out within the month of July. While everyone is enjoying the new story, learning the mechanics, interacting with the world, and getting that first badge, I'll be working on getting the demo in as many Let's Player's hands as possible by day and implementing the rest of the design notes by night.

Time to put everything I've got into a super-polished build that'll make people go nuts when they try it. Time to make sure every 30 seconds of the game gives players a Ben & Jerry's sized chunk of fun to chew on. Time to get Battle Gem Ponies on the map! 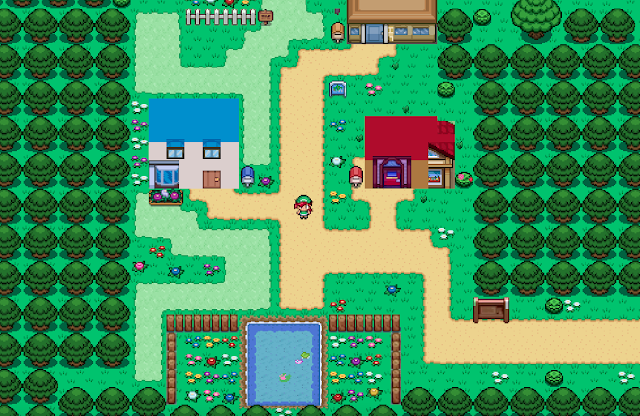 It's finally happening! Converting the maps from graph paper notes and doodles into working sandboxes that I can actually roam around in the Unity engine! Every single map in Battle Gem Ponies is coming to life AS. 👏 WE.👏 SPEAK.👏

Getting all the different tiles, placeholders, and animations setup took days longer than I expected, but I finally have the process down and can get to work! I'll be using mostly borrowed and temporary tile sprites to have a basic but functional version of the entire game world up and running. This is one of the Top 5 remaining extremely tedious tasks of the game's development I'll be glad to have off my back. (Read to the end to see the other 4.)

So I hope to emerge next week with another monumental task behind me. To see what hills have already been climbed in the last 7 days, why don't cha take a look on the official blog?

Gushing About: Godzilla - Destroy All Monsters Melee by TonyYotes Jan 22 2014

Web Versions of My Unity Games by TonyYotes Sep 21 2014

DragCore is Available on Google Play and Amazon Apps! by TonyYotes Feb 21 2014