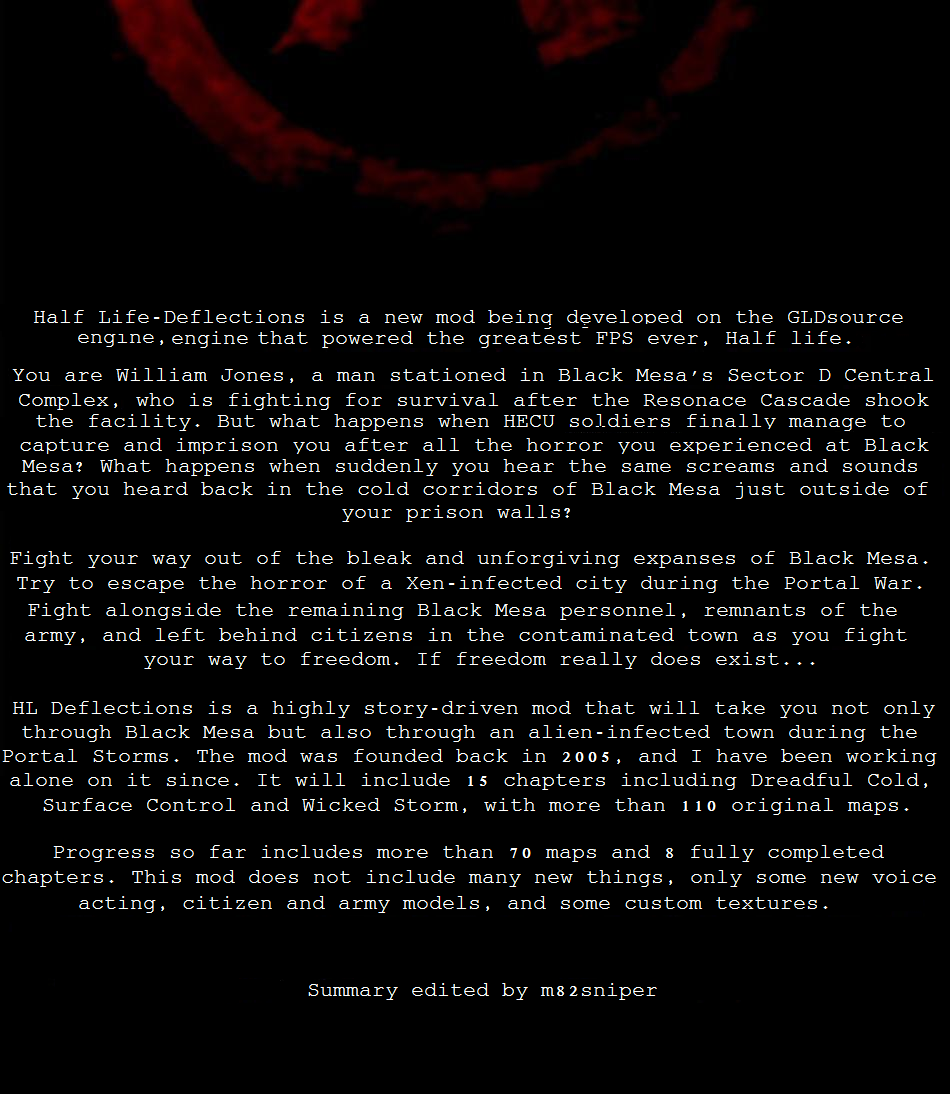 Current status: Still working on it

InDeFi status: InDeFi has been dissolved

Neclipse: Released HL: The Infected. The first release that InDeFi has seen. Worked on and released by himself.

Hey every Half Life series fan!

I've played HL1 and all of it's modifications thousands of times and i thought 'why not creating my own?'.So i've made a modification named as 'HL-Deflections'.The story simple.You are Mr.Jones, a simple employee in black mesa.You arrive at sector C before Freeman and your job is to open the ventilation system, to start the main Sector D generator and such stuff.You also take an HEV suit from sector D.Ater a while, when you activate the main D Sector generator the incident happens and the game begins.Save your ass and get the hell out of there!So i hope you like it..HL4Ev3R!