Since the mod is set during the Galactic Civil War rather than towards the end of it, I made a decision to create a version of Jakku without the Graveyard of Giants. 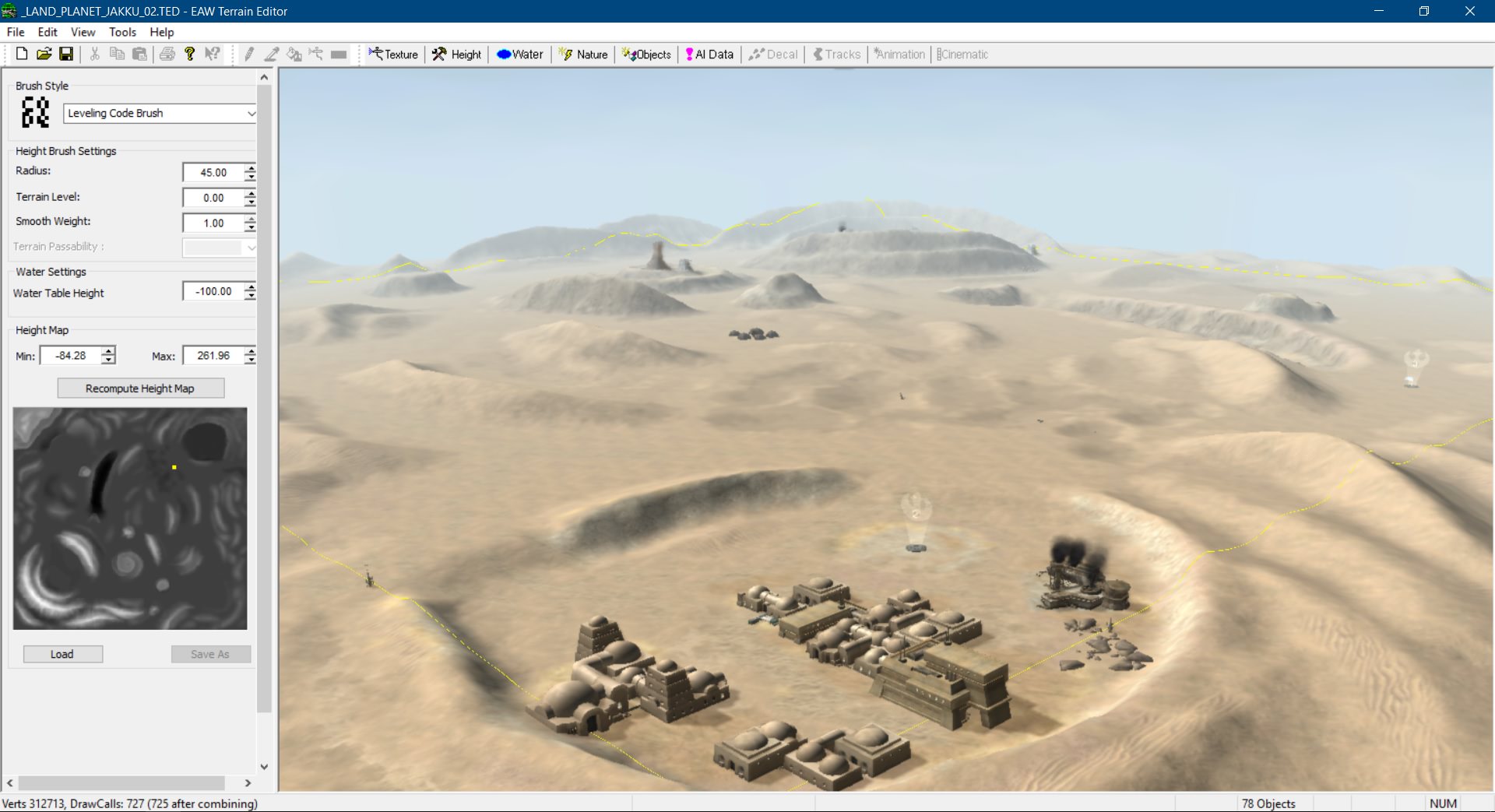 To create the map, I've been using samples from the book, Star Wars: Galactic Maps – An Illustrated Atlas of the Star Wars Universe because it illustrates where all of the landmarks are on planets like Jakku, Naboo, and Tatooine. 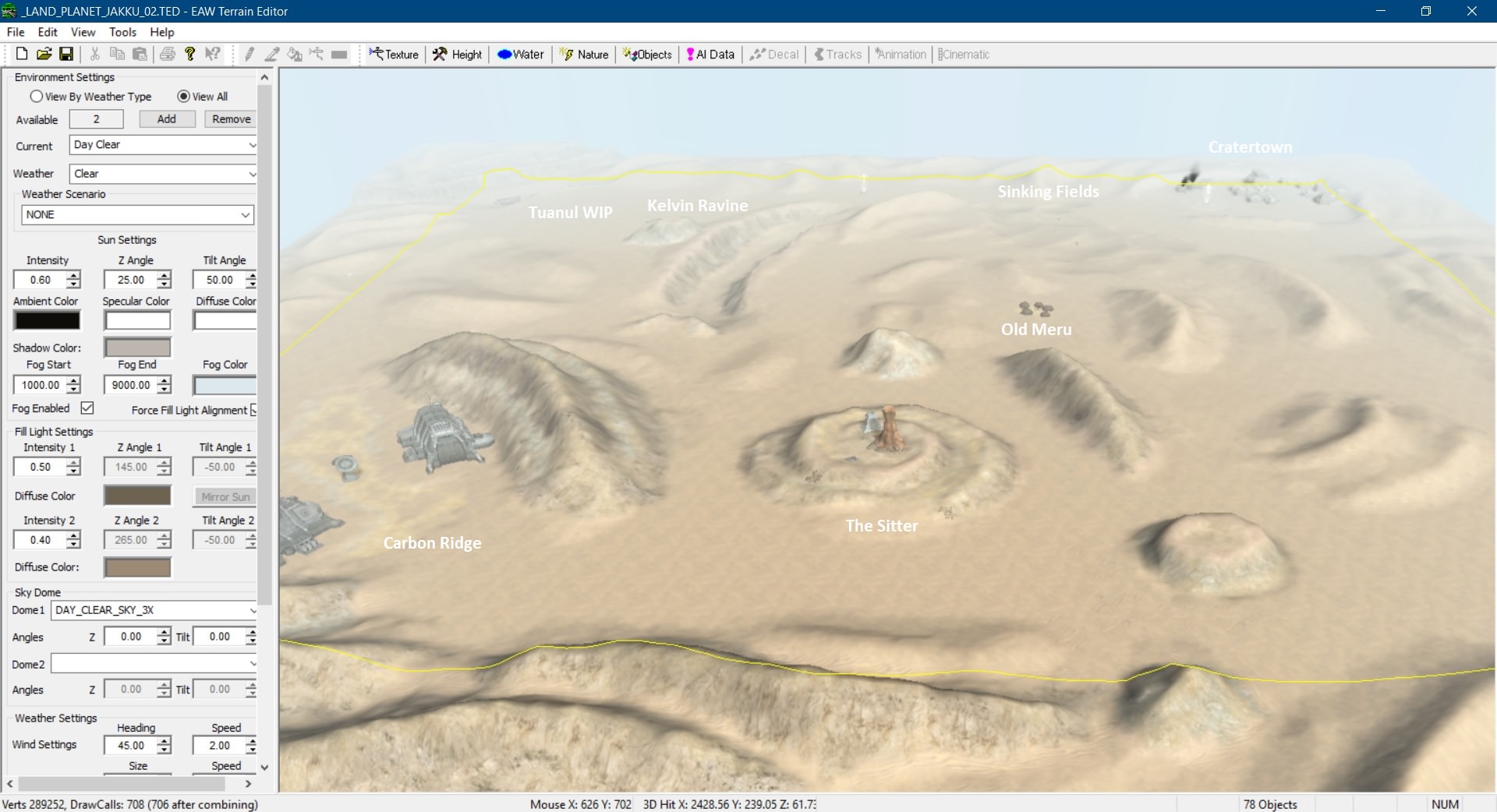 In relation to Jakku pre-Battle of Jakku, the only location left for me to create is Tuanul (the village from the beginning of Force Awakens). Niima Outpost wasn't actually founded until after the Battle of Jakku because it was a Hutt established that intended on mining the ruins of the battle for scrap metal.

I'm also working on creating a new inhabitants graphic for the map's loading screen. I already made one for Takodana but, Jakku's is still a work-in-progress. 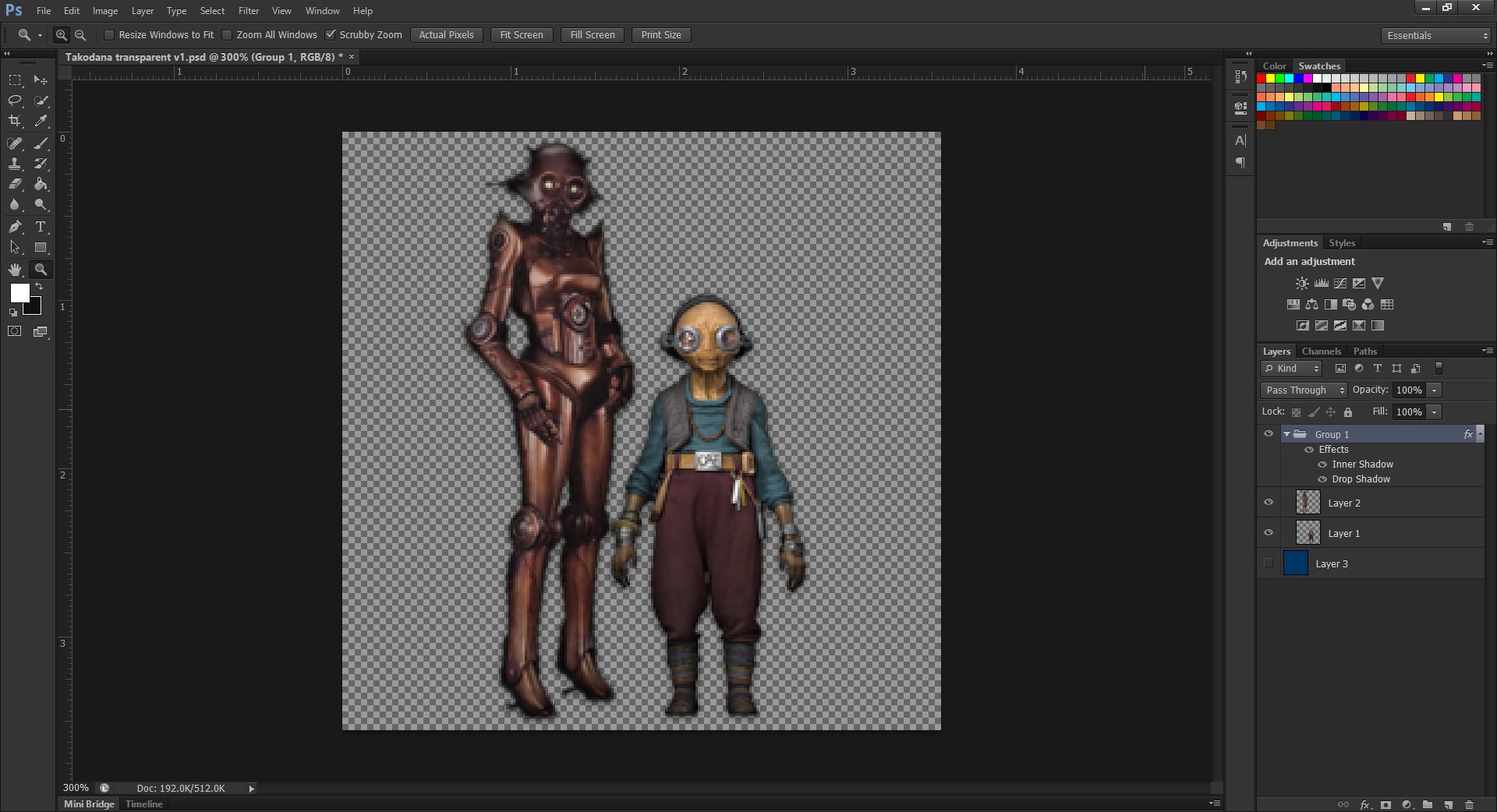 Being the sucker for old-school video game music that I am, my jam while working on Jakku has been "North Africa" from the Medal of Honor: Allied Assault OST.

I don't normally post here but, I've been working as a level designer for the Star Wars: Empire at War: Forces of Corruption mod, Ultimate Galactic Conquest (Custom Edition), on Steam Workshop.

The mod features over 130 new planets but, a good portion of them (prior to my involvement) were asset flips of existing planets as placeholders. Since I joined the mod's development back in October, I've designed around 40 new maps that can played in the mod right now!

The maps I worked on (as of this post) include:

I also have a bunch of maps that I'm still working on including: 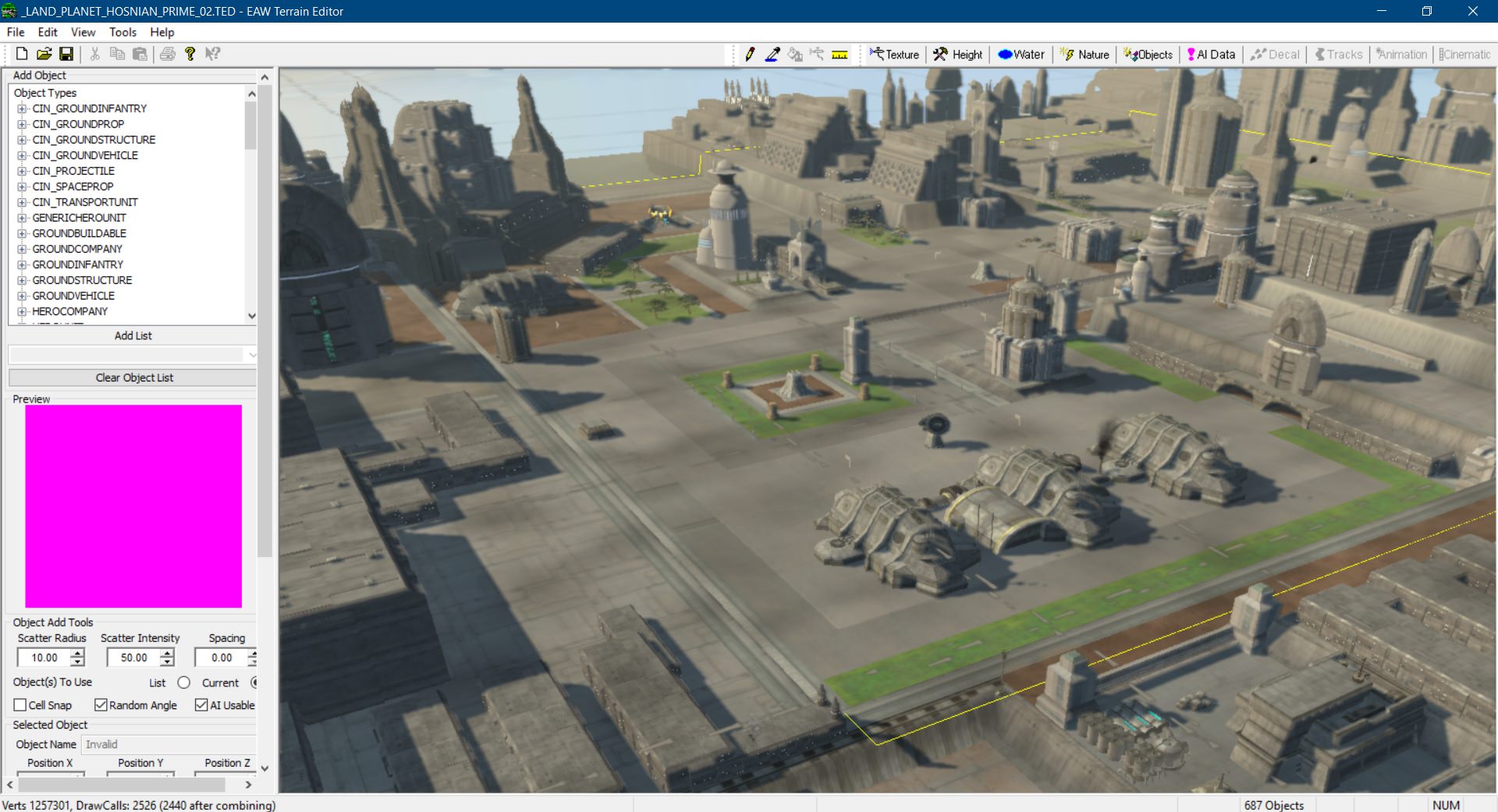 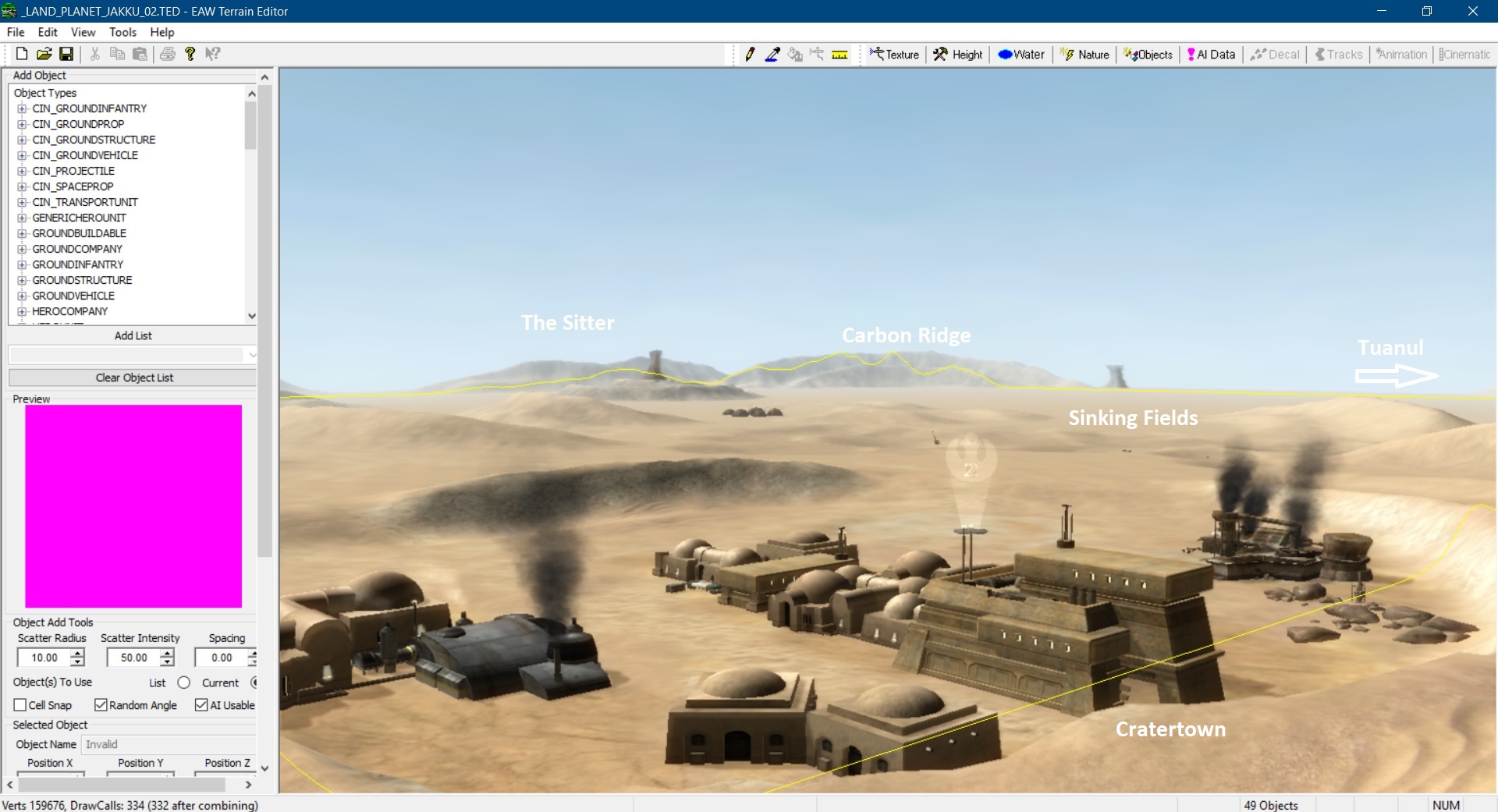 ...and Onderon, Raxus Prime, Vardos (because I figured out where it is), Crait, Cantonica, Dorin, Scarif, and Takodana (sort of).

If anyone wants to keep up with updates on planets featured in the mod, you can follow this link.

You can also find my other work on my personal art page.