Hey there. If you're looking for a videogame nerd and someone who's got tons of fictional pets on their wishlist, I'm your guy!

I'm also a part-time YouTube content creator and streamer, mainly uploading videogame content. Mario and Pokemon are my all time favorite franchises, but I also enjoy many others like Assassin's Creed, Minecraft, Sonic and Elder Scrolls!

This week was more exciting comparing to last one, as I designed more graphic elements for Plank. I finished designing the banner art, as well as the page icon both our Facebook and Twitter social media pages. Here’s how to the process went down: 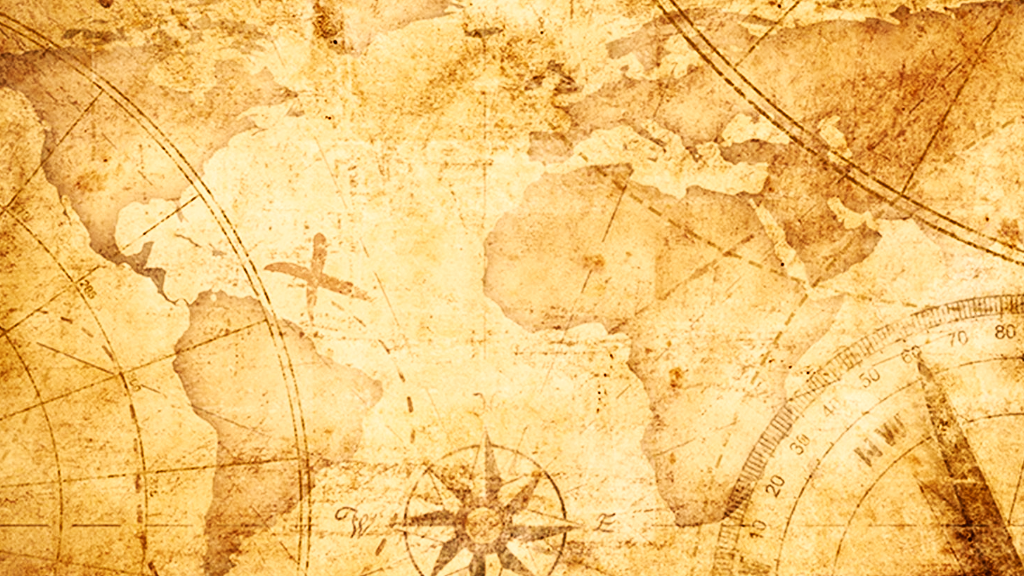 Finding the best background for the banner was actually the most challenging part of my task, because there were so many choices, yet I couldn’t quite figure which image or setting would give a better vibe to the game. It was ultimately decided that an old ragged map was a pretty nice choice for our desired effect.

Work on the banner art began! We have the background and the logo but how would we lay out every critical info on the canvas? For starters, it’s very important to let people know when we’re going to release the first version of Plank (Q4 2020), as well as which platform will it be available to download and play (Steam). For consistency purposes, I worked a bit with the font for the release date and even the Steam logo, to match the mood and vibe of the logo.

The same principles were applied for the page icon, both for Facebook and Twitter. Comparing to the banner, a similar background was used, though the color scheme is pretty much the same, again, for consistency. The only bigger difference in this image was the addition of a subtle surface blur to the game logo, with the purpose of looking like more worn out and faded into the paper. 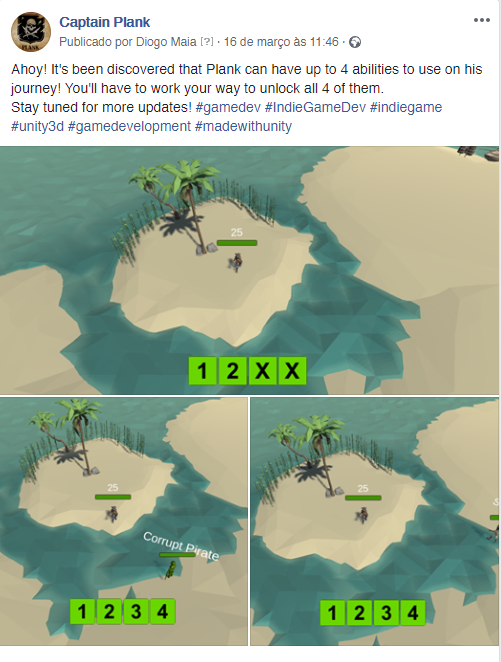 The first social media page that was created was Facebook. It’s already flying the icon and the banner as I’m typing this! So far, the page has 25 total likes, thanks to our invites to our Facebook friends for liking the page.

We also published our first post there, featuring three game screenshots that are lready showcasing the setting, the abilies’ UI and the perspective. The post got quite decent reach (182 people as of the date of this blog) but only 1 like from our invited Facebook friends.
All there’s left to do is to keep working and show our progress! 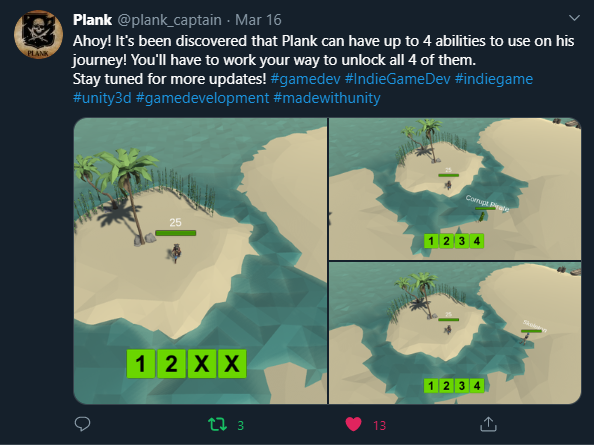 Following Facebook, we published a similar post on Twitter, with the same three images. What changed here is the number of followers and post interactions. While the Facebook page has a decent amount of followers, the Twitter page only has two. Although it got a lot more reach than on Facebook, as it reached over 500 people and the post itself got 13 likes, including three retweets from other pages. This was all thanks to the use of theme related hashtags, which work much more in your favor on Twitter rather than on Facebook.
Like I said regarding our Facebook page, we can only do so much as keep on working and making the gamer bigger, better and prettier!

My first tasks in Captain Plank