Why do many people want to play tanks, but current versions are not so popular?

Probably, this question is rhetorical, and therefore does not require an answer. But it is one thing to immediately define a point of view on all possible topics, and another thing to develop a personal opinion in the course of discussion and reflection. Accordingly, in today's analysis, we would like to raise, review and reflect on the question: "Why do classical tanks become less interesting, and new ones are not so interesting and not achieving success. 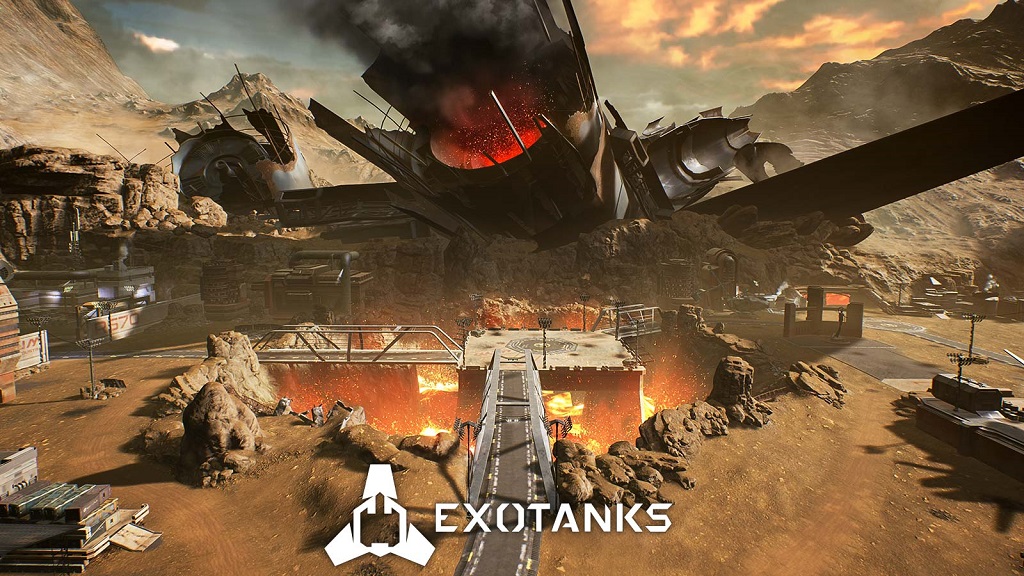 First let's deal with the concept of "Classic Tanks". We consider the market pioneers, the ancestors of the genre, who somehow set the rules of the game to be classical. Their history has already passed the mark of the decade, so we will divide this category into 2 equal parts: the first and the second five-year plan. Classical are considered to be released the first 5 years of the genre's existence, everything else automatically passes to the rank of new.

Now we should characterize a standard portrait of such a project. Most likely, this is an arcade action or hardcore simulator, under the control of the player is a technique of the 20 and early 21 centuries, the creators support sessional gameplay format, as well as rely on the creation of an extensive vehicles park, its information field and maintain already created mechanics.

In the context of this approach, many developers are trying to introduce the less new mechanics and entities the possible that would become a deterrent to the already formed audience. The absolute minority, on the contrary, approaches the issue on the other hand, keeping and attracting players with more and more new features.

Unfortunately, this minority doesn’t enjoy much popularity with a wide audience, while causing rave reviews from loyal fans. Looking at the success of more popular competitors, I would like to note at once that the lion's share of veterans sucess is that they were simply the first. 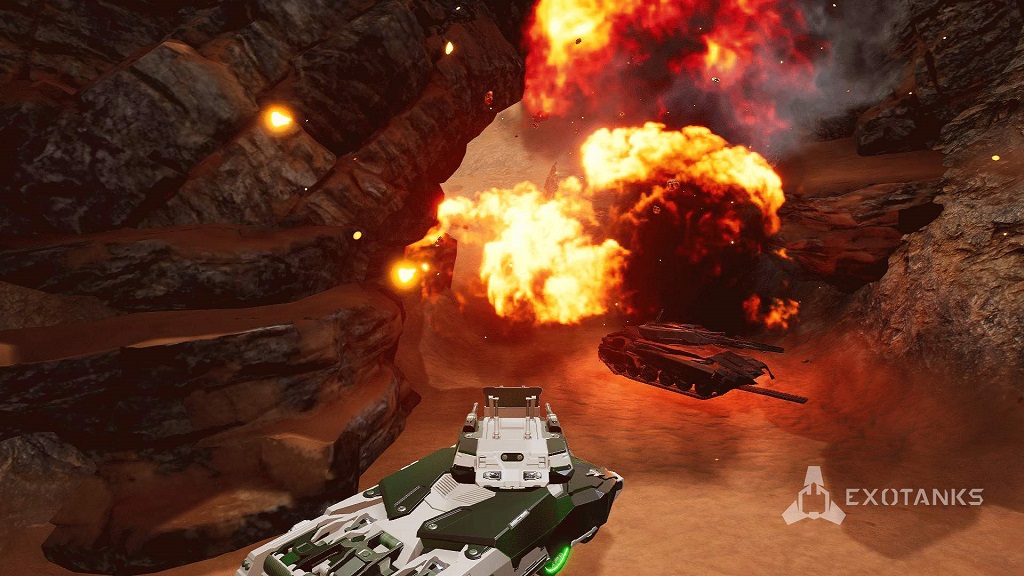 Maybe everything isn’t so unambiguous?

But the reason of their triumph may become their end. Early success, huge earnings affect the way creators interpret and understand their project. Logic: "If the game was successful, it will continue to work" most often it applies only to something truly centuries-old, but not to the gaming industry, which requires constant development.

Due to the lack of innovations, the hype around the veterans of the market is beginning to decline, but in their place there is no replacement among the analogues. Why is that?

People are fed up with tank arcades, simulators, rpg, in general, call it whatever you want. Most part of the audience simply doesn’t want to play something related to tanks, and the new one has not yet grown up and it is time to think about some shifting of priorities, but no.

The tank projects creators are trying hard to bend their line by developing clones in different settings. Neither the marketing staff nor a horde of analysts help in this situation. The audience simply willn’t react to a novice, because "tank" background has long since died out .It is necessary to introduce something new.

But the target audience of iron monsters fans is quite old, which only aggravates the situation with the innovations, they are already hooked on the old set of games and have invested too much effort and money to boost their accounts. 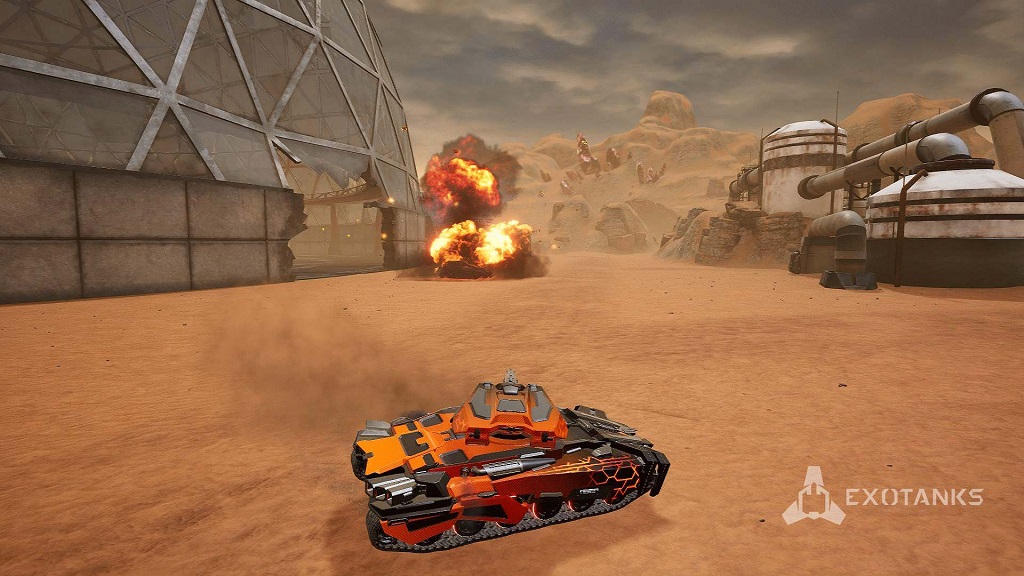 There is a way out.

What should we do? We think the answer to this question was found by the Digital Universe team. Guys have been developing ExoTanks tank action for some time, which breaks the laws of the genre. The project is in closed beta testing, but is already actively developing and preparing to move to the next stage. These are still the same tanks, only put on the rails of modern industry trends.

The team is proud of the fact that all players are in equal conditions and fight without any pay-2- win mechanic. In the project the only thing that has significance - is skill, both in terms of teamwork and in terms of personal skill. Let's take a closer look at this point.

The whole gameplay is built on the interaction of 3 classes: Stormtroopers, Defenders and Technicians. Each machine interacts with others in the format of a hybrid Rock, Paper and Scissors Playing for the Stormtrooper you perfectly destroy Technicians, but somewhat suffer from Defenders. Playing for Defenders you are able to sustain significant damage, but do not have the ability to destroy enemies on your own. The Technician, on the other hand, is rather a support, leveling out the disadvantages of other team members. In other words, a small amount of HP and vulnerability of Stormtroopers or Low damage to Defenders is no longer perceived as a problem. But it's important to remember that the Technician himself is not harmless, so that in addition to the support function, he can also perform damage control tasks. 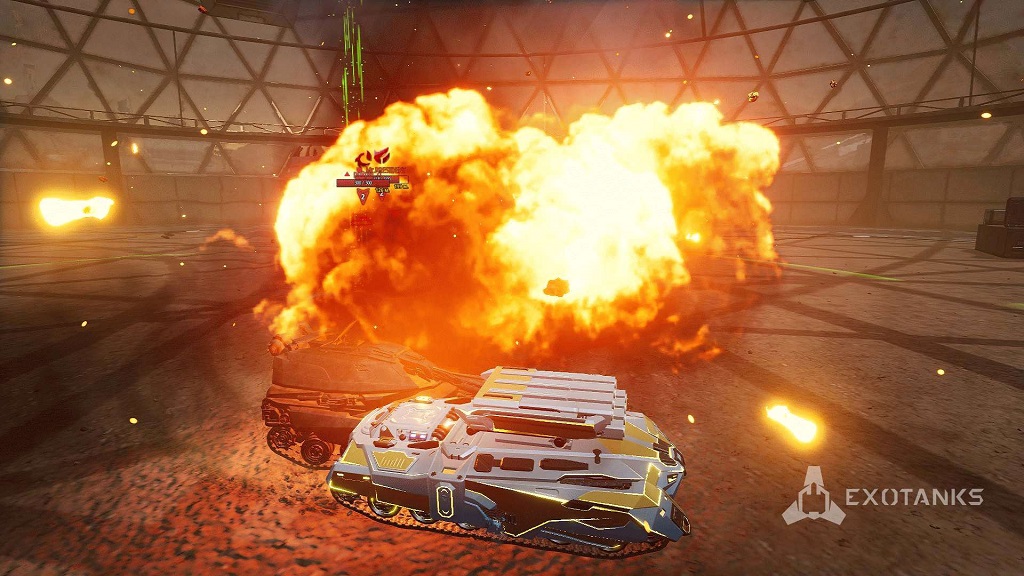 If we talk about keypoints, then one of the main ones is the transience of battles and the fact that users have the opportunity to immediately acquire competitive vehicles on which they can go into battle. You do not need to obtain a huge amount of xp for three months, because the is no level system implemented in the game. Each machine is purchased exclusively for in-game currency. But how can you forget about the abilities of each tanks, making them truly unique combat units.

Let's take the Guardian class as an example. This giant may seem like a harmless big guy, but don't be fooled. The strengths of the tank reveal not only its skills, which allow you to rise up a shield, set up a turret and reduce incoming damage to zero, but also unique features. Due to competent buildup, this Defender-class vehicle becomes simply unkillable

Tesla is another great example of skillful entity balancing. Depending on your play style, you can either rise the volume of a one-time Charge Accumulation or increase the Grounding damage area. It depends on what style of fighting you prefer and what you want to achieve. Due to this pleasant addition that each gaming session becomes unique and unlike others. With the increase in the number of cars in the project, the number of game situations will also increase. This will lead to a multiple increase in possible scenarios. Yes, it will be more difficult to balance the entire vehicle fleet, but it will only make it more interesting.

In addition to all of the above, the team is actively introducing a non-linear gameplay format on maps. So far, we cannot talk about the multiplicity of gaming spaces, but, apparently, this should change in the near future. In general, the philosophy of interaction between the player and the space in ExoTanks is more inherent in shooter projects. This is due to the speed of the gameplay, the constancy of in-game skirmishes, as well as the level design itself, pushing to take action, but not to sit in shelters. 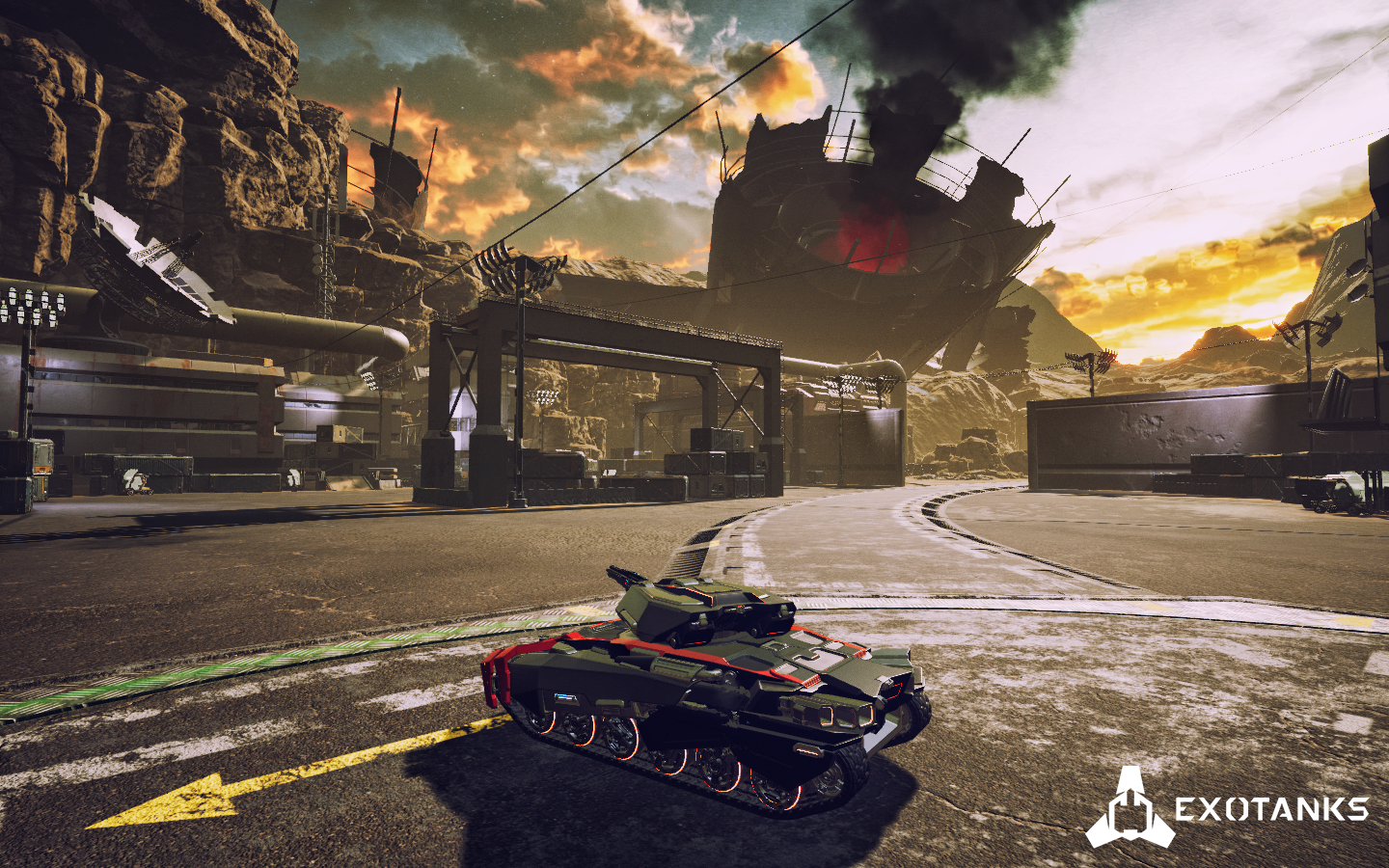 If we talk about the future of the project, the team plans to create even more tanks, new maps and modes. We will not say that 5 maps and 10 new vehicles will be issued in the next year, because although this is realistic, it is not a fact that it is realizable. The developers will definitely report the work done and the upcoming changes through patch notes, announcements and diaries, and the community managers will definitely tell you on social networks.

The ExoTanks example clearly demonstrates the philosophy of what the successors of the tank genre should be like. The mixing of styles and mechanics in the snake industry has long been considered something normal and should not be afraid. After all, it is those who keep up with the times, somewhere playing along, and somewhere going against the rules of the market, as a result, win in the long term.

A developer and publisher of first person shooter games including ExoTanks.