It's been a while since I wrote anything on what we're doing with BPRE. Mostly because there's been so much going on in general.

First, the second graphic novel series is written and has been handed off to Josh Taylor for illustration. It will probably take Josh some time to get the whole thing put together but we're target BPRE v5 by NY ComicCon. We'll also be preparing a limited print set for NYCC that will include between 7-10 pieces of concept art and photography for the game. Finally, we're preparing a re-release of volume 1 which has new inks/layout, updated screenplay and a glossary that will hopefully be easier for new fans of the series to get into.

Next up, the game. After establishing a baseline of assets(enemy, friend, non-combatant, buildings, barriers, etc) we have been playing with different engines and gameplay systems, slowly hashing out how the experience will work and figuring out what knobs and toggles we need to build for the designers. One thing we quickly discovered was that we needed to further differentiate the 2 player controlled units(at the scale, my original concept art wasn't distinct enough) so I revisited the look for "helmet" aka "Thorntail 2". I think we have it dialed but I'll be shooting reference pics for the artist in 2 weeks and see for sure then ^_^;

You may have heard, we're doing a BPRE "Cold Harbor" rifle. This may a first for a game/graphic novel series but our audience has been clamoring for it on Facebook for sometime now. We'll be shooting pics in a few weeks along with the new character reference for the pixel artists. It's been a fun project and is specced the same as an actual weapon used in the game - sans optics.

We are currently working on a short BPRE film. More of a flavor piece than a literal narrative, it will serve as a promotion for the upcoming BPRE series and hopefully the game if we can get a demo built in time LOL

Lastly, we will be announcing a new consultant in the BPRE series/games at NYCC. He is a former SMU member with over 40 months of combat deployments under his belt. Our initial conversations with him have opened up a whole new story arc/set of characters for us to explore. We're very excited and work will begin on a new series co-developed with him this summer.

Whew. OK, time to play some Titanfall till Watch Dogs comes out :) 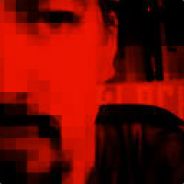 Small crew of software and design guys working out of a former WW2 Tank Factory. Our focus is gaming but we make movies, software, websites and design...