I'm a newbie Game Maker who mainly does writing when working with others(that's why my newest game is an RPG... It's ok, I'm shocked too). None of my previous games have really been anything to publish, but I hope people can enjoy the one I'm working on now when I'm done with it.

Wotm- Why is this update is taking so long?!

If you've come here, the title is probably what you've been thinking, and rightly so... Save the person or two who hoped to find angry fans beating on someone's door.(You've come to the wrong place-they don't know I'm here yet... Shhhh!) A lot has been done, but there were some planning issues. First, it was kind of a mistake to convert the project AND revamp the battle system at the same. Because of this, after not one, but TWO update periods, I'm still not done. I know, it's frustrating! But I would never release an update that looked like this- 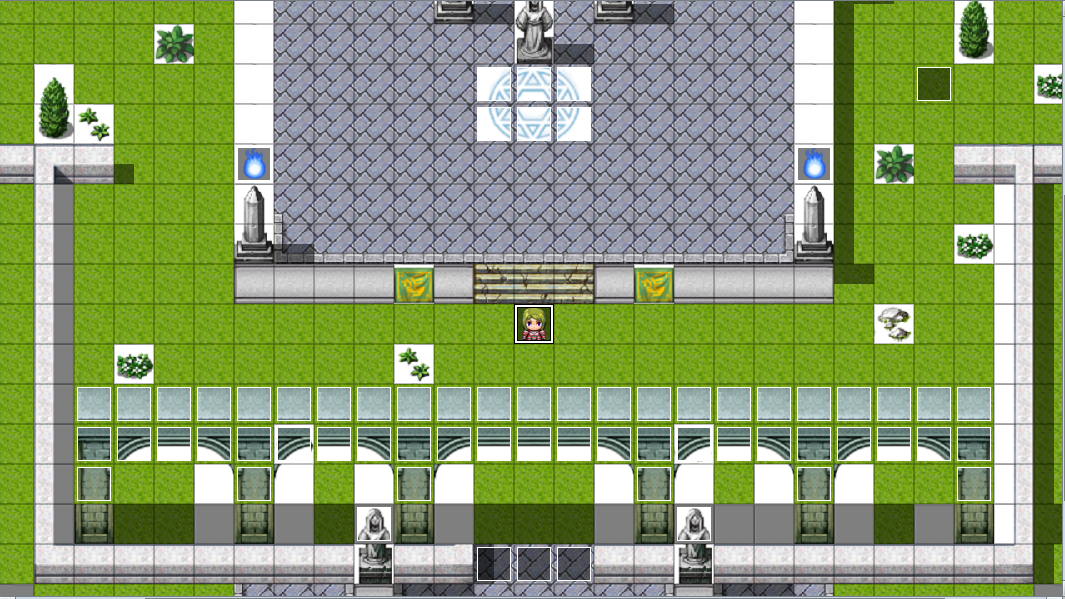 So I decided against it. But I couldn't leave you all with one quick demo after all this time, so you can still enjoy this scrambled project if you so desire by contacting me here, or on twitter @WayotMagi.

So, why exactly does it look like this? I know I've had a lot of time, I've made the grave mistake of taking of the two biggest projects in this game at a time when I couldn't devote my fullest to it. Living in my basement while I worked on this was considered, but, I tell you with great shame, my friends and family just couldn't be made to understand. In making this update, I wanted to both Convert it over to RPGMaker MV, and vastly improve the battle system. It's something I've certainly learned to avoid in the future, but the end result should be spectacular. But that still doesn't really explain the issues does it?

To avoid repeating what I said before in just a little more detail without truly explaining what the problems were... I'll give those of you still reading this a little insight into what has been going into this update. Converting the project alone was a huge step. All resources had to be converted to 1.5x their original size(You can see the result above in the times when only paint was available to do so), characters and faces had to be remade, new resources needed to be found, everything needed to have the proper names used in the original code so that the new resources could take the old's place... One moment to take a breath... previous resources had to be exported and imported into their proper places in MV, improved sounds files from MV had to be worked through for compatibility, some resources completely remade to look good in the new resolution, and the language even changed from ruby to Javascript, requiring a LOT on it's own- New scripts had to be found, every now obsolete script call had to be removed or replaced, and any script I absolutely needed required sometimes hours of digging to find one that would replace it closely... And then I tried to build the battle system up, almost from the ground up. There were plenty of enemies, but the attacks, abilities, and system itself had been worked on to only a minimal extent, so it bothered me to leave them for later. It was kind of like someone who's really hungry before a marathon realizing that he has just enough time to grab some ice-cream, but nothing else. I should've waited... But it was hard to resist.

Thanks for reading! - The few of you who got this far(And for excusing my attempt at a joke or two xD)

Way of the Magi- Back on track.

A little about Way of the Magi

A group for all you lovely indie developers out there. Succumb to your inner indie and rejoice!

To give the community an insight into the work that goes into development of Indie projects, I (Squiggers) decided to contact several indie developers...