Has developed a number of game concepts to playable prototype levels using the Unity game engine.

Thank you for supporting the little guy!

The plan is to bring all of my games* to Indie DB, releasing PC and Mac builds for Free.

Why? To give more players the chance to play my games. 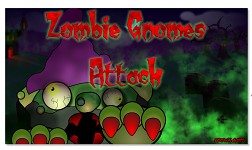 So expect PC and Mac versions of the following games soon!

Cure Em Up! - Update early PC version of Cancer Wars the precursor to Cure 'Em Up!

*most of these games are at the Alpha / Beta level and should not be viewed as a finished project.

Dedicated group, there are members"basic, intermediate and advanced" in blender 3d, for the growth and education of the Blender 3D software.

When you are tired of purely entertainment industry as the centre of your interest.

An indie games company based in the North East of England! Well a one man band really, I do the graphics and programming and buy in the sound effects...