I tend to stare into space when I'm trying to think of ideas... Me? I'm a novice indie game dev currently working on Fountain of Life, a game where you only have seconds left to live and must gather the souls of the dead to survive.

When I started working on Fountain of Life, I worked on the main character (from now on MC) design for a while. I got some results, and I was mostly satisfied with them. Little did I know I would be completely redoing it a year later.

What do I want the MC to look like?

There's mostly four things I aimed for with the MC's design. (although there are a lot of more little goals too) They are: 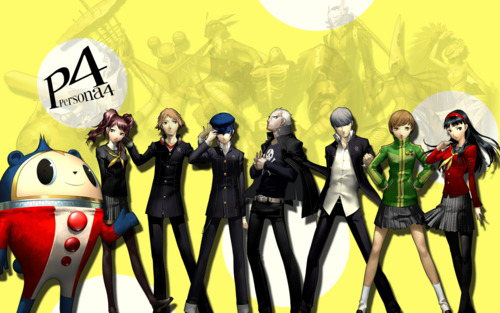 You probably guessed it's the one with gray hair (or maybe you already knew). As you can see, he isn't boring looking, but he doesn't stand out either.

A year after making the first designs I put above, I looked at it again and decided it was too boring. Not ugly, but generic. That was actually a goal of mine originally, to make the charcter seem like just another minion (there's a lot of others like him) but in the end I decided that making him look good is more important. So, I made another design, and managed to go to the other extreme; it was too flamboyant.

I made another one, trying to keep aspects I liked of the one before while trying to simplify it. Guess what? It was too simple. I still wanted to know what people thought though, so I showed it to people, getting mixed response. Some liked the first one, some liked the second. Thus, the best thing to do was to mix the two; make a design that is not too complex and not too simple. The result is this:

It's a balance of the other two. It doesn't try so hard to be asymetrical like the first, and it doesn't confuse with a redudant amount of layers, but it stays interesting by still having layers which are simple. Returning to my previous points, he's cool (at least in my opinion), he is similar to the Grim Repear due to his hoodie (which has a small point and a tight inverse u shape), he isn't too modern nor too medieval looking (mostly due to the fact I didn't inspire myself in any real clothes), and he is a mostly blank character (his clothes don't tell much about him and his eyes are mostly emotionless).

There's still some refining to do (mainly colors and details), but I'm pretty satisfied with my work here

Which games had main character designs that you liked a lot?

Do you play project zomboid?