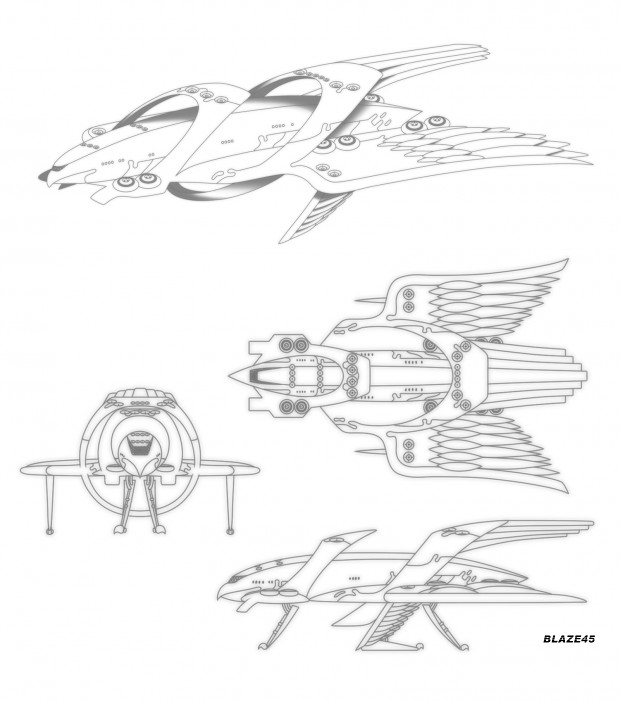 Originally drawn for an RTS/RPG blend game where you would command and manage an airborne faction roaming around a legendary/fantasy-like continent in a mixed sci-fi/fantasy setting; vast customisation, karma consequences and other features were planned. (Had to discontinue that project.)