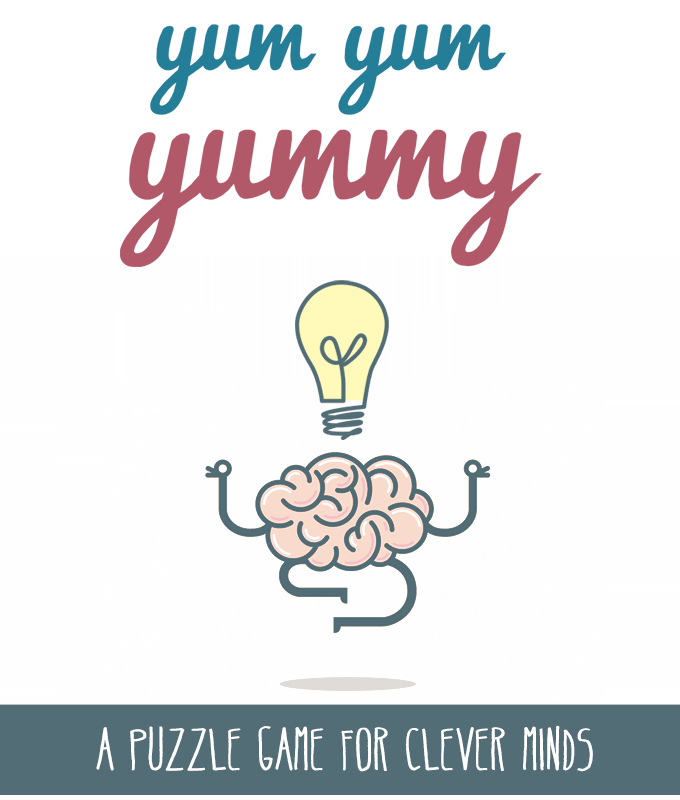 Do you like real challenges? Do not be fooled by its cartoony aesthetics, Yum Yum Yummy is a logic puzzle game in which you have to master complex chain reactions. Strategic thinking and the ability to learn from your own mistakes are keys to success. This game is only suitable for brilliant and competitive minds, particularly those who are able to lose hundreds of times and yet continue playing!

In Yum Yum Yummy, nothing is left to chance. There is no luck and all movements can be accurately predicted. We do not like randomness. We believe that a true victory is the one which can be achieved using only your mind, without any other distracting factors. Do you dare to compete against your friends in this battle of the minds? 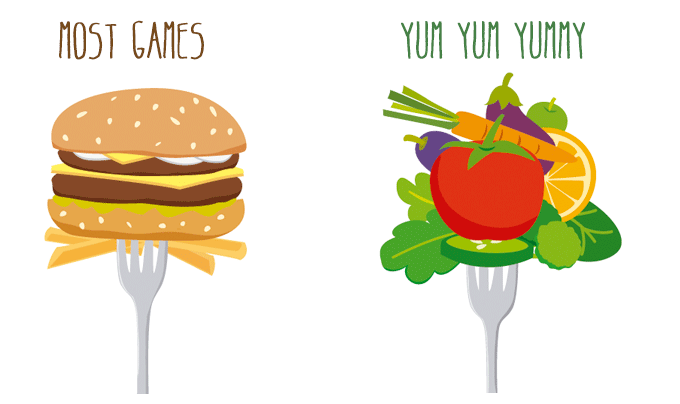 Have you noticed that nowadays there is almost no casual game that actually requires an intellectual effort? The trend of instant gratification that casual game market has imposed rewards speed and quick burst of emotions. In a world where even food is often sold pre-cooked, we have begun to get accustomed to this frantic pace, forgetting the pleasure of solving more elaborated intellectual problems. No casual game invented today rise up to the likes of Chess, Rubik's Cube, or Sudoku in which you have to chew hard to taste victory; Today, we want to win even before the battle starts, and thus, the triumph is often flavorless. Yum Yum Yummy is a game that will make you stretch your brain, it is “healthy food” for your grey matter!

Every level has a board consisting blocks of animals and their favourite food (dog eat bones, bamboo panda, etc ..). The goal is simple: empty the board. To do this, you will have to make animals eat all their food by swapping any two adjacent blocks so that at least one animal can reach its favourite food. When they do so, the animal and food are cleared. Any other blocks located above will fall by gravity.

This is where the magic happens! You will have to master the art of creating chain reactions to solve levels in the same way as a good chess player does: planning future movements and all their possible consequences.

You win if you manage to clear the board . You lose when you can no longer perform any more movements and blocks are still on the board.

Yum Yum Yummy initially is going to be released in PC, Mac and Android / IOS phones or tablets. If things go well maybe in the future we can offer it in other platforms, stay tuned for upcoming news!

The basic animals are: panda, rabbit, dog and monkey. Pandas like bamboo, rabbits like carrots, dogs like bones and monkeys like bananas. Once one of those animals find one or a stretch of their favourite food blocks, it will eat all them in a go. 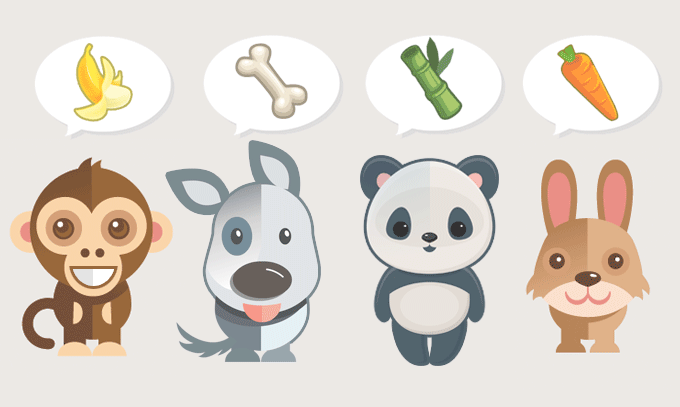 The thing gets tricky when special animals are introduced. We currently have the following but we will be adding more in the future: 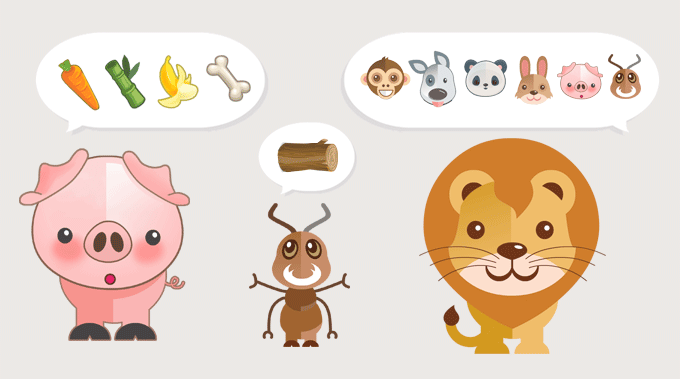 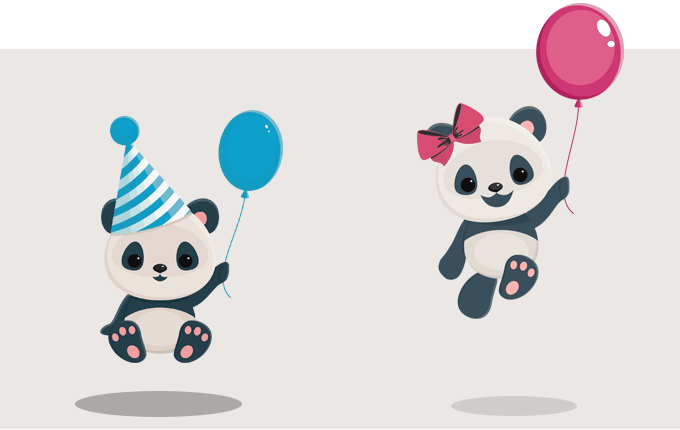 To promote Yum Yum Yummy and grow its popularity (top games), use the embed code provided on your homepage, blog, forums and elsewhere you desire. Or try our widget.

Evil Alien Eggs invaded your home- Barnyard Planet. Your mission is to rescue your animal friends. That's the brief story behind the fast-paced match3...

All-in-One Solitaire 2 is a sequel to most popular solitaire game with 18+ new card games, lots of new features, nice graphics and pleasant music.

Monkey vs Robots is a casual, old-style pixelart puzzle. Your objective, to wipe robots out of your jungle; the less shoots you use, the better reward...

Trap Defense is a TD like puzzle game. In each level, you need to place the traps at a correct position to prevent the balls reach the finish point. In...