Hello, I'm Eduardo, programmer in Formula Wincars. This is a very special post, because I'll be leaving soon DragonJam Studios and will move abroad. I've been in this project for a year and a half, and boy, it made me grow a lot as a professional and as a person.

People here in DragonJam are the best. They are very passionate and serious about their job, but also very humane and friendly. Everything is decided by everyone, we enjoy successes and discuss problems together. I'm going to miss you a lot, guys!

We actually receive a lot of visits from people interested in starting to make games, sometimes entire teams. Usually on the novice side of the indie spectrum, they are very passionate individuals that really could get a hand or find some help in articles like these. With the accumulated knowledge of everyone here at DragonJam, we will give you some key points to have in mind. There's not enough time for everything, of course (and one never stops learning!) but remember that in the internet you will find a lot more info. Sites like Gamasutra, Polygon, and thousands of forums and communities are there for you to learn. Just take it piece by piece!

Actually, this is only an approximation. Many, many times, this is not entirely true. We just think it is useful to learn from this perspective until you work in bigger projects, where you will learn other ways of doing things.

It is the previous phase before creating a game. You can think of it from the moment you decide to make a game from an idea, until the moment you actually start making the product. It is critical, but also, the most easily overlooked. Don't make that mistake.

Usually in Preproduction you have to consolidate what actualy will you be doing in this project. That means: 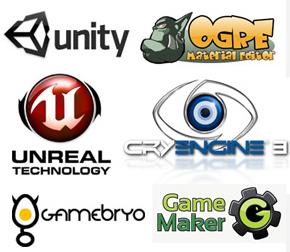 Introduction video to the famed SCRUM . Although it's very good, it is no panacea. Use whatever works for you, but remember to be systematic.

Battle's not over. Congratulations on make it here! Once you have a product, you have to show it to the world. Don't lose time blaming the media, the AAA companies, or youtubers: Exposure is half of the battle and you have many tools to show your game to the world. Show the game to many people, as much as possible. Likely the more exposure it has, the more polished it will become until you have an amazing game. There are many websites, gaming events and other sites where they are expecting to play good games. When you are an indie, niche games are a very good route also, because your passion will be undoubtly into the game and it will make it better. The games industry is accostumed to find little gems from the most humble origins. Many times it later becomes a full-fledged AAA game.
The thing is: don't stop fighting for your game. Keep showing it to people. Keep receiving feedback. Keep having fun!

So, these are our considerations on how you can make a game. For some of us, this was from the start our biggest dream. It is hard, of course, but infinitely rewarding. Good luck!

I'll leave now, my friends from DragonJam will be here for you working in this great project that is Formula Wincars. Please treat them well and give a try to the game. I'm sure you will like it!

Nice post. I was actually having trouble with my game yesterday as I was lost on what to do next. It wasn't until the end of the day when I realized I need more planning, and that is what I will do today, so this post really spoke to me.

Thank you! In my early days I also started making games without paying much attention to planning... usually ended in half baked games which grew too much for me. Plan, and stick to it!

If you are makign your game by yourself, try to make a full guide/Walkthrough/GDD to your own game. You will discover that, some goals are too ambitious and can be cut.

Then, divide your document into important, desirable, and extra tasks. Complete the important ones first before moving onto the next ones.

hehe, I think you meant the method SCRUM and not SCUM, right?^^ :)

Oooops!! That was a funny typo indeed!

I editted it and wrote it properly, dunno, maybe I was thinking of SCUMM while I wrote it....