Larry Lotter and the Test of Time

It is time for the final exams at Warthogs Magic School, and notorious slacker Larry Lotter is about to flunk all of them because he spent less time studying and more time drinking beer. But there is yet hope! Using a spell to travel back in time, he gets the chance to do his day over again and pull some tricks to pass the exams anyway! And he has to, because it's his Destiny. Join Rob Greasley, Calliope DeRanger and Professor Mumblemore in this short Harry Potter parody, loosely based on the greatly admired books by J.K. Rowling. Watch the other characters act and interact of their own accord, and spin time back and forth to interfere.

Help us Greenlight three short adventure games - Quest for Yrolg, Starship Quasar and Larry Lotter and the Test of Time!

Deep within his dungeon, Yrolg the Necromancer is summoning a mighty demon to conquer the World. Three brave adventurers, a warrior, a rogue and a sorceress, come to his lair to disrupt this dark ritual. Your job is to stop them! Play a minion of darkness, using your wit and guile to lead the heroes into traps and to a nasty demise, in Quest for Yrolg. 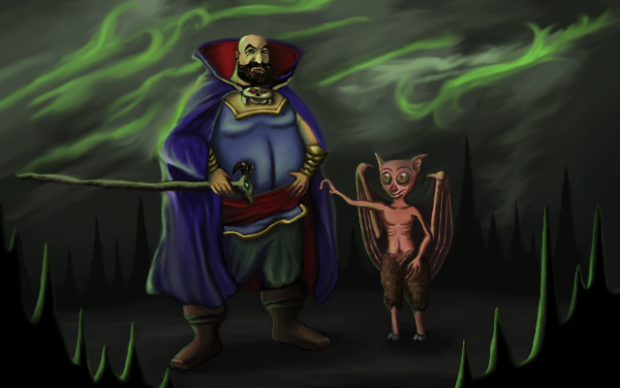 On the spaceship Quasar, the lack of shore time causes tension to run high. The latest argument has proved too much, with each of the crew stalking off to different parts of the ship. To the medical officer, bringing these warring characters back together will be no easy task. Control four different characters as they explore the ship; instead of on puzzle solving, the game Starship Quasar focuses on the personalities of the characters and their interactions. 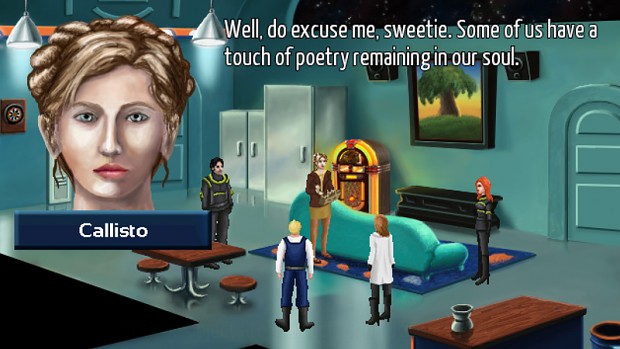 It is time for final exams at the Magic University, and notorious slacker Larry Lotter is about to flunk all of them because he spent less time studying and more time drinking beer. His last hope is to cheat like there's no tomorrow! Using a spell to reverse time, he gets the chance to do his day over again until he passes. His Destiny has spoken! In the parody Larry Lotter and the Test of Time, watch the students and staff interact in real time, and spin time back and forth to interfere. We have started a Greenlight campaign to get three of our adventure games published there: Starship Quasar, Larry Lotter, and Quest for Yrolg. For anyone who's played these before, these are the 'deluxe' versions with updated and higher-resolution graphics, new soundtrack, and professional voice acting. Please lend us your support at Steamcommunity.com

Larry Lotter and the Test of Time Point and Click