Spending too much time on a spaceship can make anybody edgy. Can the crew of the Quasar nevertheless learn to cooperate?

A high-resolution adventure game in six rooms, the main point of the game is to explore the possibilities of having multiple characters. You can switch between four of the crew members that each have their own skill set, and their own reactions to hotspots and to other characters. Well, you can't switch characters at the beginning, because the characters are angry at one another and you need to figure out how to make them not angry any more. Once you've done that, you can switch. The puzzles in here shouldn't be too hard, it's mostly about exploring the different reactions.

The Crystal Shard Adventure Bundle is 30% off in Steam's Summer Sale! The bundle contains Larry Lotter and the Test of Time, Quest for Yrolg, and Starship Quasar. Available in several languages including French, Russian, Italian, German and Spanish. Ends 6th July. If you wish to support us with our other games, please consider making a purchase. Store.steampowered.com

On the starship Quasar, the lack of shore time causes tension to run high. The latest argument has proved too much; bringing these warring characters back together will be no easy task. Control four different characters to explore the ship; instead of on puzzle solving, the game Starship Quasar focuses on their personalities and interactions. 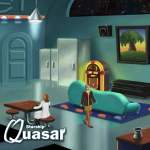 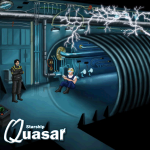 Deep within his dungeon, Yrolg the Necromancer is summoning a mighty demon to conquer the World. Three brave adventurers, a warrior, a rogue and a sorceress, come to his lair to disrupt this dark ritual. Your job is to stop them! Lead the heroes into traps and to a nasty demise, in Quest for Yrolg. 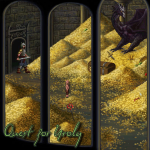 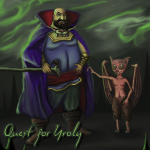 It is time for final exams at the Magic University, and notorious slacker Larry Lotter is about to flunk all of them because he spent less time studying and more time drinking beer. His last hope is to cheat like there's no tomorrow! Using a spell to reverse time, he gets the chance to do his day over again until he passes, in the parody Larry Lotter and the Test of Time. 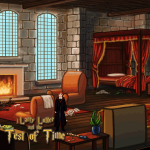 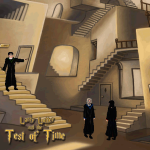 Crystal Shard Adventure Bundle - on sale on Steam for 30% off!

The Crystal Shard Adventure Bundle is on sale on Steam for 30% off until 28th February!

The Crystal Shard Adventure Bundle - featuring Quest for Yrolg, Starship Quasar, and Larry Lotter and the Test of Time - is now available on Steam!

Help us Greenlight three short adventure games - Quest for Yrolg, Starship Quasar and Larry Lotter and the Test of Time!

Monkeys to the Moon Puzzle

Heroine's Quest: The Herald of Ragnarok Point and Click