VHEL is a 2-D, story based, stealth focused, real-time tactics game set in a science fiction world known as Nor Prime. It follows the exploits of a young Bhacrio girl named Khana Faust, a courier in the southern region of Ivara, who undergoes strange metaphysical changes from a parasite known as VHEL, originally used as a means to power a destructive anomaly known as Skull over 13 years ago and also a parasitic commodity amongst mammoth-like hydrozoans known as Ragnic. As Khana, the player will explore the continent of Ivara in a rudimentary day to day simulation of her life as a courier while also engaging in confrontations with Ragnic -- usually within an evasive fashion -- in heart-stopping confrontations periodically, using alien tactics and strategies unique to this world alone. 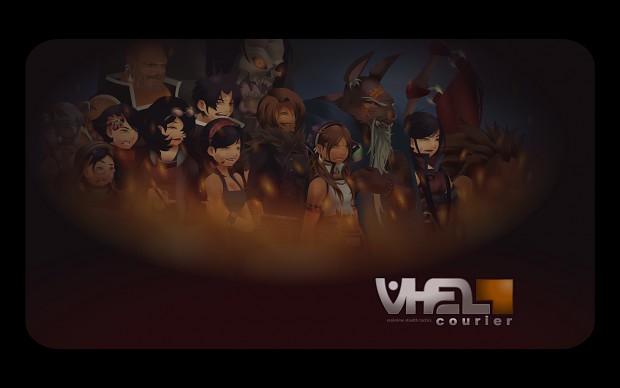 They look like a pretty interesting selection of characters there :) Personal favourites are the woman on the left with dark hair covering her right eye, and the fluffy shadow thing at the front of the group.

looks good. however, you might try to make the style of the eyes vary from character to character a little more.

Thanks! There is a bit of hesitation on my behalf to diversify the design to the eyes and many other parts to the characters (weight and age being a factor I'm still trying to interpret with variation). Facial animations are still fairly earlier on, so I'll take note of this and really try to expand upon the aspects that carry on too much repetition.

Cool. It really comforts me to know that you actually take suggestions seriously.

I know what you mean. Though I try not to let input dictate my heartfelt feelings for a character, perhaps, I do let the opinions of others shape my work down to the last shrapnel of code. Community support is what I really enjoy and take to heart because it gives a voice to everyone and I can make a better game as an end result of that.

It's a good thing that you don't give in to the community's every last request, but it's nice to know that someone at least pays attention. Don't let me or anyone else manipulate your gut instinct and feelings about your own game, but constructive criticism is most of the time a good thing.

This is a full showing of the currently completed characters in VHEL. Though there are 40 plus characters in all, the process that's used to make said characters takes some time. There's just about every type of personality you can think of here, so hopefully, everyone will be able to find a favorite. =D