Verde Station is a an exploration and discovery game set within a space station. As you explore, the plot may or may not become clear. It’s focused on the narrative and discovery elements more than typical gameplay (i.e. there's no shooting). Your goal is to explore the station, discover why you're there and what's really happening.

Today, Verde Station was greenlit on Steam! Thanks to everyone who voted.

The game has been on Greenlight for less than 3 weeks so the news today came as a bit of a shock. I honestly wasn't expecting to get approved so quick. For some background, Valve takes into account a few things:

As far as votes, Verde Station appeared to be on a great trajectory. From the graphs that Valve shared (images below), my game was on the same path as the #20 game after 30 days. Meaning that if voting continued, Verde Station would have likely hit #20 after another 2 weeks. It's not scientific by any means but a good indicator of where it was headed.

As far as press reviews, the game got an article on Rock, Paper, Shotgun, several on VR Focus, and even a mention in a new video series called Hailing Frequency by World of Spaceships.

However, I like to think that the community around the game made the biggest impact. I was pleasantly surprised that 99% of the comments on the Greenlight were positive. The few that were negative were from people that don't like this type of game and that's perfectly fine. So thanks for all the great comments! Now some stats: 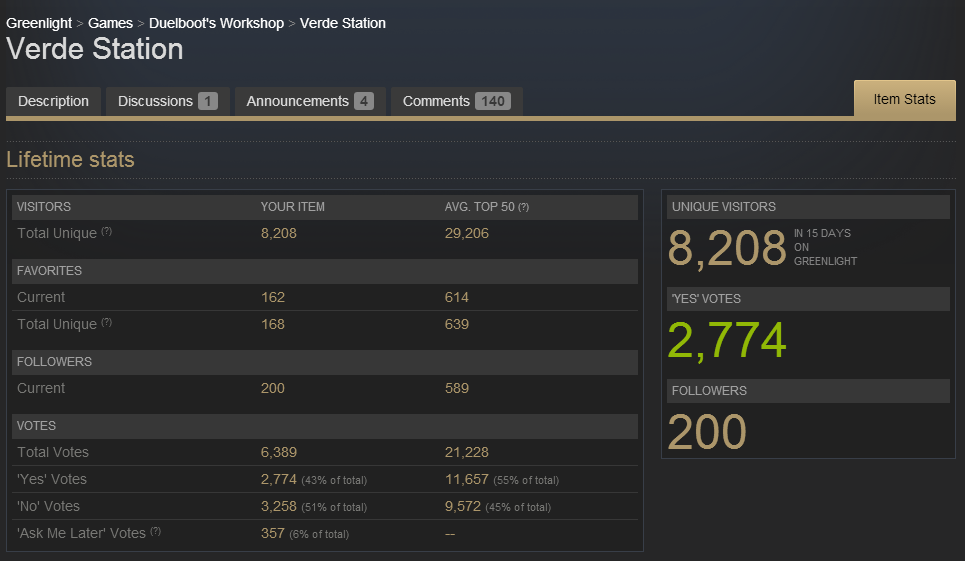 Yes vs No Votes
The No votes don't worry me too much. Verde Station is not your typical game. I expected about 50% of people to not be interested so this lines right up. 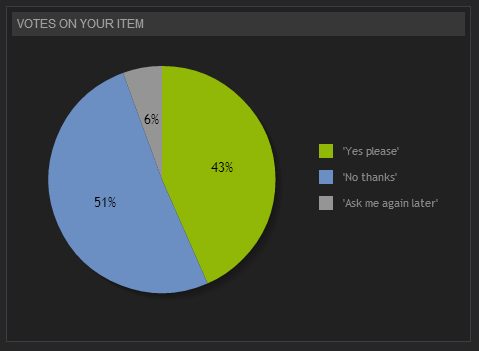 Yes Votes compared to other Greenlights
This was the most difficult graph to interpret. Verde Station is the green line (haha). Notice it's right in line with both the current #20 and #100 games. That makes no sense to me. It's also above the #5 game but below the #10 and #15. Not really sure what that means. 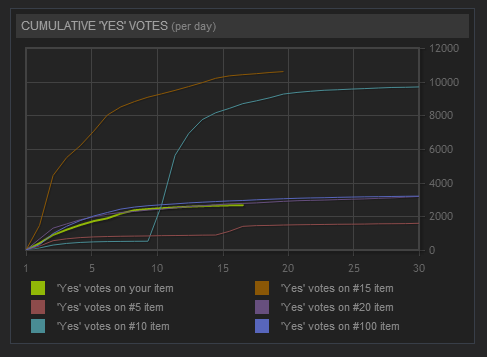 Also, be sure to check out the full list of games in this batch. Two of my personal favorites are Darknet (another great VR game) and Deep Space Settlement (really intense space based real-time strategy game).

Hey man congratulations :D And thanks for the shout-out!

Thanks! Congrats to you and your team too. DSS looks amazing so far. Really can't wait to play it.