The World War has begun! You are the only one left to fight. One life, one chance to prove to yourself and to the world that you are THE CHOSEN ONE, the HIGH SCORE keeper. 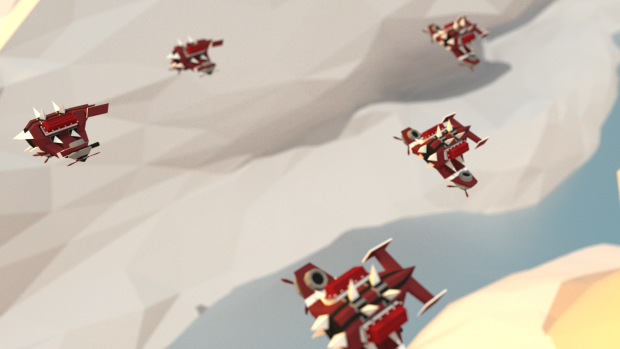 The "SPIKEY"
The only purpose of them is to block our fire. Heavy armored is very difficult to destroy.

The World War has begun! You are the only one left to fight. One life, one chance to prove to yourself and to the world that you are THE CHOSEN ONE, the HIGH SCORE keeper.

V8ORS - Flying Rat is a Endless Top Shooter game for the mobile devices, Android and IOS. The main goal is to survive and beat your own High Score, you can share it to your Social Networks and be the CHOSEN ONE.
The difficulty increases as you gain more Points. The helps you have is to catch a POWER-UP to increase more fire power and an armor for an extra damage point, evasive maneuvers like a Tailspin and a Loop, allows you to escape enemy fire, The rest is just skills. Like they said “Easy to learn, hard to master”.

A game designed to be played without having the need to go every day and fight to Upgrade or make any kind of Quests, a simple top shooter for the old arcade gamer who like to shoot planes, but in a LowPoly 3D style to catch the eye.

Simple, clean and deadly, it’s not a game for the quitters, you have to train to become an Ace Pilot, and keep on raising your High Score, if you want, share to Social Networks for your buddies to see “Who’s the CHAMPION”, if not, show to your biggest opponent, YOURSELF!

The Gameplay was designed to be different every time you played. Start with few enemy’s and then fight for your life.
The main concept of design for the Planes was to think first in a V8 Motor and then, filled up with the rest, wings, guns and a cockpit.