Unleash Otherworldly Nightmares Upon Your Enemies

At its core, Unleash is about building rows of towers and spawning monsters to battle your adversaries. The more hordes of beasts you release upon your enemies, the better the income you’ll gain. Coordinate spawns and constructions properly to enhance their combined potential. Evolve and upgrade your forces at the right time to gain an edge over your enemy, both in offense and defense. Experience intense competitive action and find out what kind of tactician you are. Outsmart your opponent by unleashing a vast selection of monsters and towers on the battlefield.

In the not so distant future, voices from the darkness reach out through the dreams of gifted children and start feeding on mankind’s negative emotions. These children are known as Dreamers. They have the ability to materialize the monsters haunting their nightmares.
Opportunists see value in controlling Dreamers and their power to draw monsters into our world. Underground tournaments are created where fighters battle each other with summoned monsters.

Unleash establishes the player as a competitor in life and death tournaments where the goals are to build up defenses for your base and to spawn hordes of abominable monsters to attack and destroy everything in their way through the enemies’ bases.
That is where you come in. As a new fighter you must make your mark. Are you brave enough to face the monsters spawned by mankind?

DeSync Studios was born out of a passion for AI, Monsters and Line Tower Wars mods. We are driven by our fascination for the Warcraft 3 modding community, producing mods such as the Line Tower Wars mod, and other variations such as Wintermaul Wars and many more. We are making Unleash for the fans of the genre, for the nostalgic gamers, as well as for players who love Tower Defense in general. Our ambition is to add to the genre, and ideally to create the ultimate Tower Defense experience, both for single- and multiplayer. However, our ambition also goes beyond this. We appreciate the modding heritage, and in time, we want to give back to the modders, the indies and the newcomers to the genre.

UNLEASH Otherworldly Nightmares Upon Your Enemies

Players will challenge each other on a journey full of monsters and massive weaponry. Unleash establishes the player as a competitor in life and death tournaments where the goals are to build up defenses for your base and to spawn hordes of abominable monsters to attack and destroy everything in their way through the enemies’ bases.

Published and developed by DeSync Studios, Unleash redefines the tower defense experience for both seasoned players as well as newcomers. The game seeks to revitalize the core mechanic of Warcraft 3’s and Starcraft’s custom mod called Line Tower Wars. We envision Unleash to stand as the spiritual successor to those community driven games. We plan to give the players the freedom to contribute to the longevity of the genre through in-game editors.

The title is published and developed by DeSync Studios. For the latest updates and information, check out Unleash on Steam and our website, or follow Unleash on Twitter, Facebook, Twitch and on Imgur. Unleash is scheduled to release in Q1 2018, for Steam Early Access on PC. For additional information and questions, contact us at info@unleashgame.com or join our Discord channel.

DeSync Studios are a group of young and passionate indie developers, based in Copenhagen, Denmark. People of vastly different backgrounds have joined together to pursue a common dream. Unleash takes an established genre and evolves it into a captivating experience full of surprises, running at a tooth-grinding intensity which will require players to make split-second strategic decisions. They will have to manage actively between reinforcing their defensive capabilities and besieging the enemy. 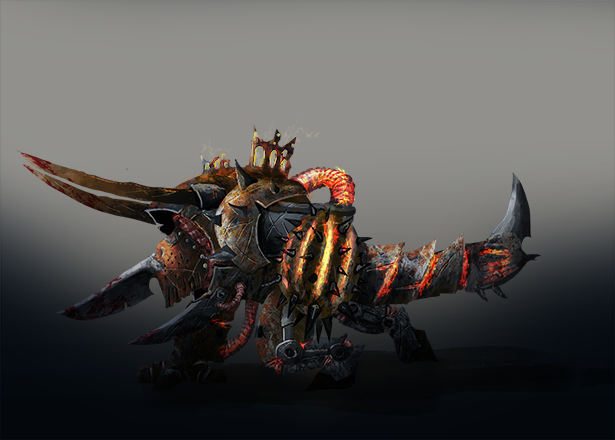 The TD Scenario Editor has now reached a state where we are testing it for bugs and usability, thus it will very soon be released so that our community...

Are Hybrid AIs the Answer to Better Gaming AI?

With the hybrid approach, the utility-based AI that encapsulates the specialized deep learning networks resembles the hierarchical architecture. This...

This week saw a large amount of bug fixing and stability improvements, including a solution to the identified AI desynchronization. Additionally, we are...

This week saw a substantial amount of new content added to the game, including a new wall, new monster, new tower, new TD scenarios and much more. Remember...