UFHO: Space Academy, is a game part of the UFHO universe. In short, it is a turn-based competitive puzzle game. The game is set inside an hexagonal ufo made of hexagonal rooms. Each player, controlling a jelly alien, must take the blue gems that appear inside the ufo. To do this, he must spend the moves he is granted to rotate rooms to create a walkable path to the gem. More than that, he also has to slow down his opponent by disrupting his path. All of this is spiced up by some powerups.

We decided to release a very early demo of the game, with a lot of missing modes but with full functionality within a single match, so you can all try the game. Play it with a friend, and you'll get why we say it's great fun.

WARNING: This is only a demo of the early Flash version. UFHO2 is being rebuilt completely (see screenshots) and a demo of the new version is not yet available.

In the meantime, this Flash version will give you an idea of the gameplay. 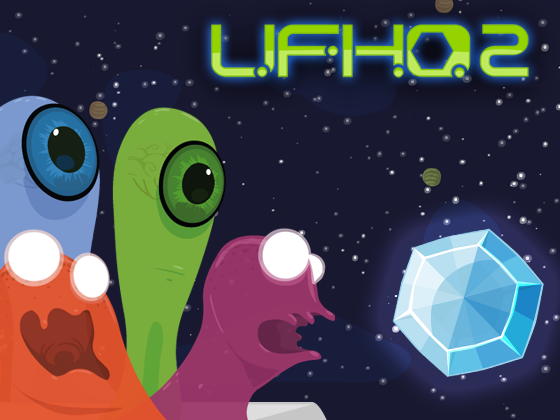