The Saints of Redemption

The Saints of Redemption is an old school RPG inspired by classics (like Suikoden and Final Fantasy) but with modern gameplay mechanics, an epic story based on the human condition, and a good dose of humor.

It is known that in the RPG genre, story tends to have a significant weight, so we put a lot of effort to create an interesting plot.

The story of The Saints of Redemption is characterized as mature and emotional, but without losing the action or sense of humor. You can expect unique and hilarious characters, secrets to discover and plot twists.

For the OST we count with Bruno Valenti, a talented composer who will help us to reinforce the emotions that we want to convey.

As players, we have a lot of references and inspirations, but the most important could be summarized in the following list:

For more information about our game or anything else, you can find us at:

[Devblog] The Saints of Redemption: Combat system I

In The Saints of Redemption combat has a great weight, and we’re constantly working on it to be able to make it understandable, deep and have a lot of possibilities. That’s why this is the first post of a series of many... :)

From the beginning I had in mind that I didn’t want to stay with a basic turn battle system, I wanted to go a bit further… And I marked as a goal the following specifications:

The first Fallouts (one of my favorite games) had an Action Points system; every action you take requires X points, and its good administration would let you make many movements on the same turn.

In Final Fantasy X, the turn order is established depending on the action you make. Your turn will come faster if you only use an item, or slower if you use a powerful skill.

These are two mechanics that I like a lot because they give depth to the system and versatility to the player. With those in mind I took a pen, a notebook and started sketching... 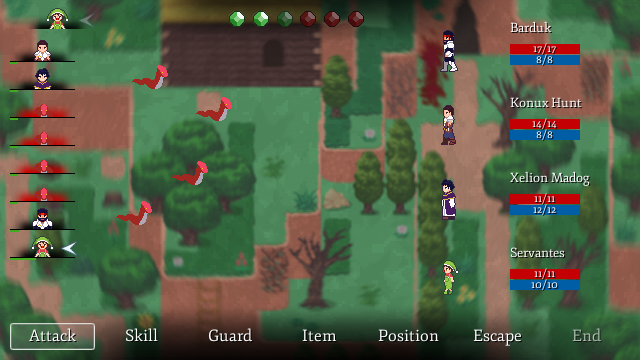 I worked hard to implement it. You can download the 1.2 prototype to test it.

The result is you have 6 Action Points (AP) to spend like you want. You can repeat actions as long as you don’t exceed 6 AP. For example a normal attack spends 2 AP, an ability 3 or 4 AP, using an item 1 AP… etc.

The turn order is heavily related to the amount of spent AP, so if you use your 6 AP you will have to wait a lot for your turn to arrive… But if the enemy is weak, you can use all your AP and kill him before he even gets the chance to act.

The result was a disaster, chaos and destruction. Well, not that much, but in a few words only a couple of people really understood it, and as a rookie game designer my first reaction was… 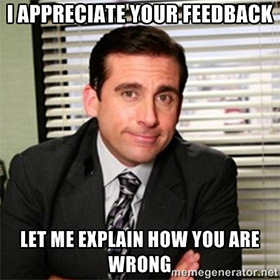 Yes… There were cases in which I tried to explain how the system worked and how badly they were using it, with the moto “You’re going to die” as a banner.

Most of the players ALWAYS used every AP they had, without caring of the enemy. The turn bar didn’t help to assimilate the turn delay with that amount of actions done. They died without being able to act again, and they didn’t know why.

It was hard for me... but I eventually understood: I did it the wrong way :’(

With the devastating feedback in mind and trying to be loyal to my original idea, I grabbed my pen and notebook again and established new objectives:

The results were these mockup (in process of implementation and refinement, open to opinions): 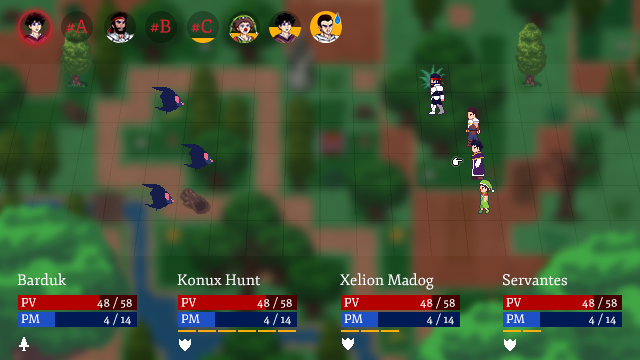 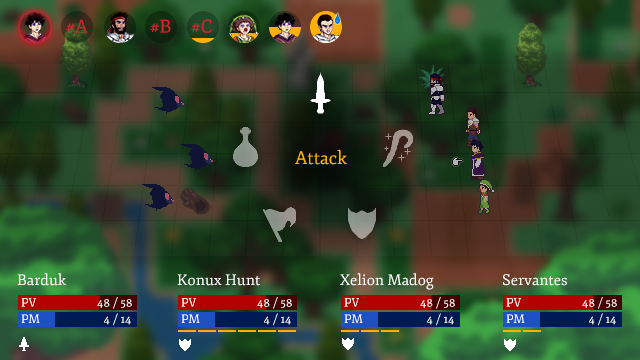 The “Action Points” were replaced by “Fatigue”. Every action applies X fatigue to a character, and the turn order is ruled mainly by fatigue (the more fatigue, the more delay) being 1 the minimum and 6 the maximum fatigue.

Until now everything sound very similar… But the most significative change is that now you can only act once by turn.

To prevent from sacrificing its depth I added a new basic attack (shared by all the characters) called “Strong attack” and/or “Triple attack”. This attack inflicts a great amount of damage but also generates a higher fatigue. It would be like making three times a normal attack but spending only one action… The premise is the same, you can use it whenever you want, but if you don’t give it a smart use… “You’re going to die”.

When the system gets implemented and is functional there will be a new prototype to see how it works, so stay tuned... we want your feedback! :)

In the next days we’ll talk a bit about the new skill system. Thanks for your time!

This is a small preview of two fundamental systems in The Saints of Redemption. We plan to dedicate a full article to each system, so stay tuned!

The Saints of Redemption: Prototype Alpha 1.2

This small prototype was created for players who are interested in helping by giving us any feedback (graphics, interface, gameplay, or whatever). It...

looking forward to this :D

Thanks! We hope to bring you more news soon :)

Indie
Tags
Embed Buttons
Link to The Saints of Redemption by selecting a button and using the embed code provided more...