We are very excited to give you this months update, as it also includes a patch date for the game update. We have gone through several iterations of tests, each one bringing us closer to being able to push a Normal Update for The Repopulation. We are finally there! The past weeks’ tests were excellent, and we are comfortable to give you this long awaited game update! 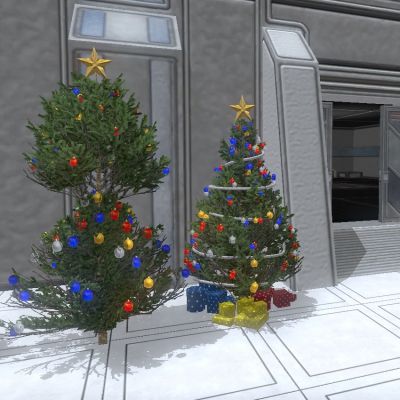 We are very excited to give you this months update, as it also includes a patch date for the game update. We have gone through several iterations of tests, each one bringing us closer to being able to push a Normal Update for The Repopulation. We are finally there! The past weeks’ tests were excellent, and we are comfortable to give you this long awaited game update!

If you are wondering why our first official full update is 00.01.12 it is because we have moved ahead of just the initial combat update that was planned, 00.00.01. While part of the team was working on cleanup to be able to have a successful push, the rest of the team continued our regular development at the same time.

Each game iteration moves the version number up. This work included but was not limited to Combat, Combat updates, New Ghetti Gorge, Art clean up and Plymouth Control Center. For more information on how we do our patch versions you can visit this news update here: Therepopulation.com 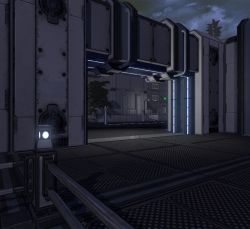 What has been done so far:

As you can imagine we've covered so much since our last patch. Here is a brief look at some of the highlights of that work.

Combat: The combat system has seen some upgrades. we've added an auto facing option toward the enemy and changed how the camera direction changes with engagements in combat. The code for the Ability Bar has seen an overhaul which should resolve many issues relating to the activation of abilities. The Line of Sight (LOS) code has been altered to correct the issue where NPC’s or players block LOS. Our Programmers also corrected the issue which left players in the combat stance after combat was over.

Performance: We were able to review high problem areas and learned how and why performance issues affected gameplay.

We also disabled the siege system. This system will remain offline until a later date when it has been revamped as well as a number of other key systems which support it and other aspects of the game. These systems include but are not limited too: PVP system, Vehicles, Cities/Nations, and the astronomy system (our Timing system).

The weather system which currently ties into the astronomy system continues to be a topic of concern. We've made several changes to the system overall with the enhancement of FPS performance. Players should find that by default the weather system visuals have been disabled. The visual portion of the system was causing havoc for some players. No worries for crafters the mushroom timers are still working and will produce as before.

Players should find that the Auto Config for video will now work as intended which means you can have the game set your graphics for performance. Other changes have been put in place to help performance issues. One such change was to disable the engagement located in the Contested region of Mt. Ash, Fort Pharynx. This was due to the numerous issues it was causing in the areas around the engagement.

Area Rebuilds: We have rebuilt two areas in-game this year. The first being OWON area of Ghetti Gorge. this area was rebuilt from scratch to include new terrain landscapes, flora, and trees. We've noted a positive FPS performance in the area and those adjoining since the removal of a cave which led to nowhere, and the addition of new trees and flora.

Most recently we rebuilt the OWON area of Plymouth Control Center (PCC), This included implementing a new floor-plan for the area, and asset improvements. This area has greatly been enhanced in terms of performance. We still have some work to do to finish the area which includes small detail however, we believe it has come along nicely.

A brief overview of some of the work done this year:

This past year has been quite busy and productive. Along side the development cleanup and optimizations to be able to make this push, we have also focused on other aspects as a team and in our individual departments. To give you an idea what our small team does, here is a brief rundown (honest, it really is brief): 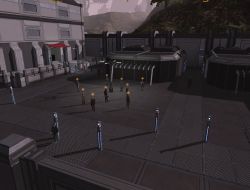 Though we have gotten the bulk of the revamp done in Plymouth Control Center, it is not complete yet. This is still a work in progress. We have put a lot of work into this to give the players a taste of what is to come in the next year. However there are some things that have not been completed due to other systems needing to be fixed up, adjusted or revamped first. Below is a list of some of the unfinished build tasks for PCC. 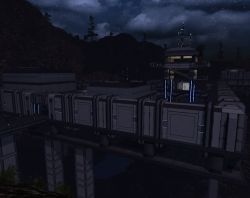 What is planned for first quarter 2019:

The first Quarter of 2019 will be a busy time for us. Our first priority will be fixing issues from this patch. This will also enable us to plan system revamps by having a fresh look into what is broken. Then determine what order to proceed with fixes and revamps. We are looking forward to seeing what you as players find in the world as you continue to test.

We'll progress from there with ongoing projects such as coding, art cleanup, GUI changes, in addition to any issues that crop up during development.

This year has allowed us insight into how ABT built their systems, and how they relate to one another. This reverse engineering and documentation will allow us to optimize how some of these systems perform. During the review of these systems we realized there are some that are out of date and will require changes so they integrate properly with systems built since them. This process helps us to plan and build systems for the best possible outcome the first time. Which saves time by preventing the need to rebuild them later in development.

The art clean up is another large-scale ongoing process. We've had the opportunity to feature some of the modified assets such as the rocks, flora, and buildings in our monthly update articles. We did not receive the raw files for all of the art during transfer. As a result, we will need to rebuild some from scratch as well as create new models that fit our needs.

Another important project for the first quarter will be the GUI cleanup. It is during this time we will begin the groundwork for a complete revamp of the GUI. This is partially due to the fact we have encountered a number of problems relating to the GUI to include how it ties into other things. Work on this system will include cleaning up scripts, files, and what code that we can without breaking everything. We'll continue to gather information concerning the depth of all the systems the GUI effects. This information will determine how we alter our current plan for the revamp. This revamp will take place later this year. 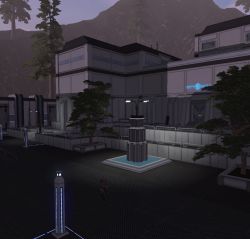 What is planned for spring and summer:

Our proverbial plates will continue to be full as the year progresses towards the Fall quarter. During this time updates will still be spaced apart until we've reduced overhead enough to allow for clean, and regular updates.

We'll use this time to progress with two of our projects we've discussed in previous update articles. These being the Inventory system and the construction of the New Starter island. We are delighted to be moving forward. The construction of the Island is a process we look forward to sharing with the community. Information gathered during this build coupled with your feedback will help future builds move along more smoothly.