The Man Came Around

Committed and unforgiving, The Man Came Around is a survival game filled with though choices in a time of crisis. A political fable about exile, hardships and the collapse of democracy. Occida, one of the most powerful nation of the world, is shaken by mass protests met by brutal repression. As the fight between The Many -an activist organisation- and the government intensifies, the country is rapidly falling into dictatorship. ​Play five citizens trying to leave this mess. ​Your only hope is to cross the Northern Border, a heavily guarded fence lost in the middle of the mountains. ​You’ll face grave dangers during your trip, between the deadly elements and the corrupt cops. Manage your scarce resources, take tough decisions and make the best of your group abilities to escape this lethal maze. ​But remember: sometimes staying alive is not the same as doing the right thing… Will you sacrifice your principles in order to survive?

Thanks for voting and helping The Man Came Around on it's quest to become the 2022 Indie of the Year. You are now in with a chance to score some free games. Help this game secure more votes by embedding the widget (or link) we have included below on your favorite sites.

A short geopolitical guide to The Man Came Around

A Short Geopolitical Guide to The Man Came Around

Let's take a look of the nations and factions of The Man Came Around, a survival game about exile, choices and the end of democracy now on Kickstarter : Kickstarter.com

Occida is one of the most powerful nation in the world, thanks to some strategic alliances during the last 40 years. It is also the head of the International Economic Council, a free-trade alliance including 30 other countries.

The country is a representative democracy where the President is both head of state and head of government. The parliament is comprised of four main different political parties/coalitions, for historical reasons.

Occida is currently in the middle of a social crisis of vast proportions… You already know our heroes are trying to leave it and you’ll discover more about their personal motivations and the country’s situation during the game. 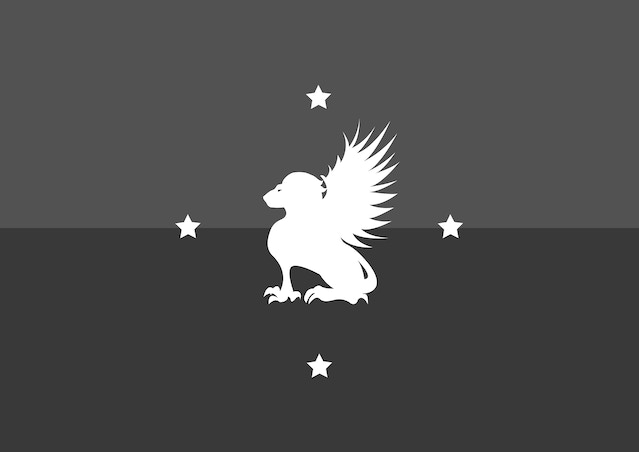 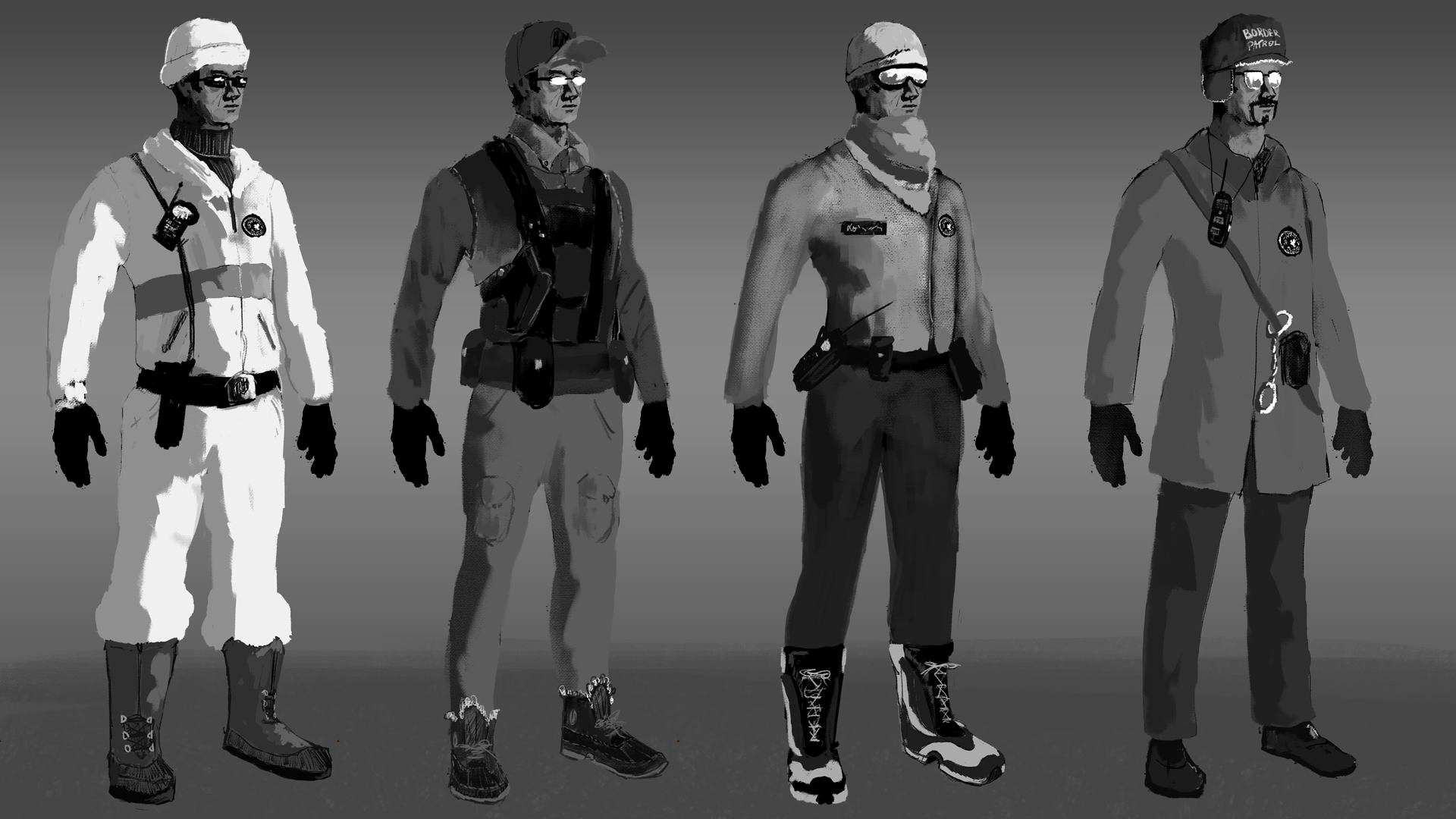 But… Where are they going? What’s on the other side of the Northern Border? Amaï! It’s the kingdom of Manekia, a constitutional monarchy full of snow, abandoned factories and rich traditions.

Once a proud and powerful nation on par with Occida, Manekia felled into a brutal civil war thirty years before the story of The Man Came Around.

Sparked by the decision of the Amelak province to declare its independence from the rest of the Kingdom, the conflict went on for years. A simple skirmish at first, the conflict became a proxy war between multiples nations -Occida included- and went on for fifteen years.

Ultimately, Amelak obtained its independence from Manekia in a one-sided treaty, leaving the latest economically crippled. The kingdom became a constitutional monarchy, and the King doesn’t yield any executive powers anymore.

The land of the Manek is a shadow of its former self where people drink to forget the war, an off-the-chart unemployment rate and their former industrial glory...And also by tradition.

A lot of them left the country to find a better life in Occida or elsewhere. The story don’t say if they found it.

But if the Kingdom was Occida former mortal enemy, who took the mantle after its fall? 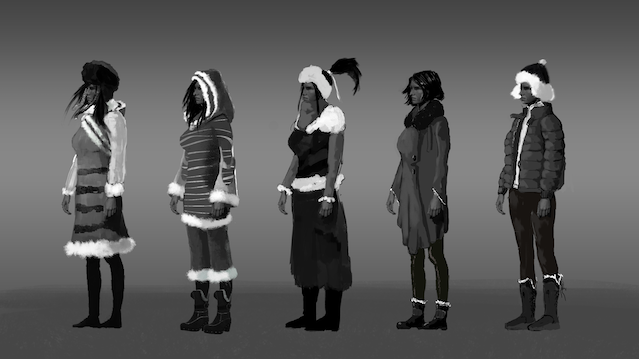 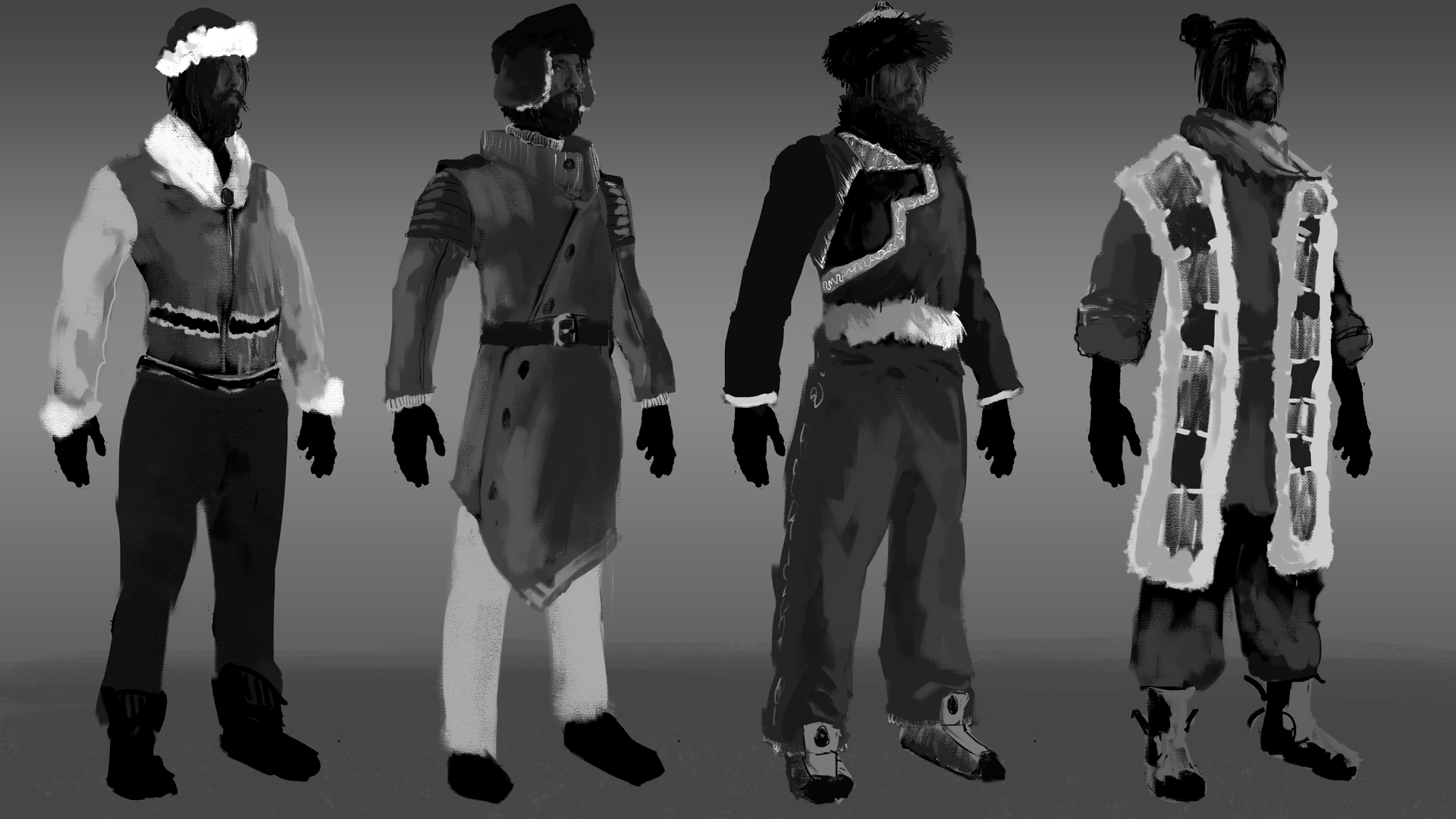 Enter Occojia, home of the Ecosystemic Revolution. The revolution took place 20 years ago and put the Eco-egalitarist Party firmly in power.

The principle that guides the Occojian philosophy is that human should create a sustainable society using science, optimization and politics. In order to do so, Occojia began a full transition to renewable energies and became self-sufficient after several years of radical transformations. The structure of society also changed. Occojian basics needs are taken care of by the government to ensure the self-sufficiency of society.

The Occojian Republic wants to expand its model to the rest of the world and to establish the Democratic Republic of the Earth, a unique nation system guided by the principles of the revolution.

It operates under a one-party system, with a prime minister as head of the government and an elected parliament. 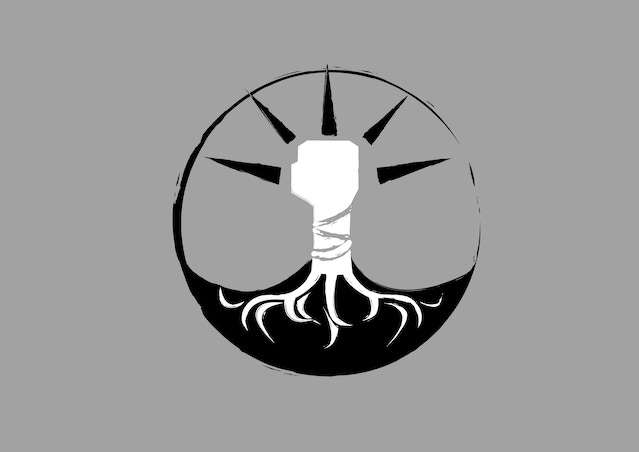 The Many is a coalition of activists in Occida. It’s the last remnant of the social justice movement in the country. The Many’s structure is hard to grasp and a lot of different groups operates under that banner, from unionists to antiracist and antisexist organizations to hardcore anarchists.

The Occidan government monitors them closely, and the movement has been heavily criticized for being a “nest of Occojian sympathizers”. 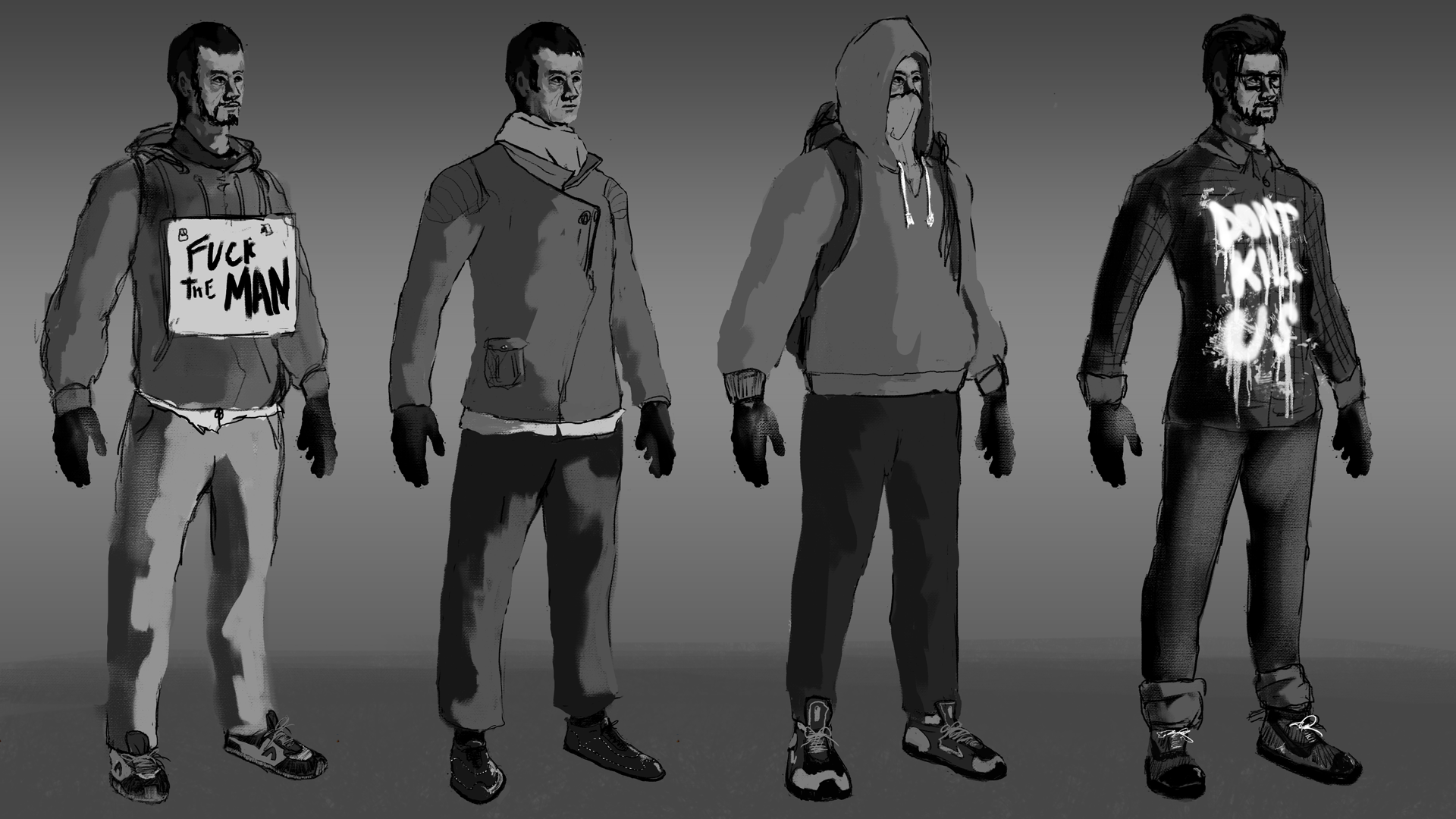 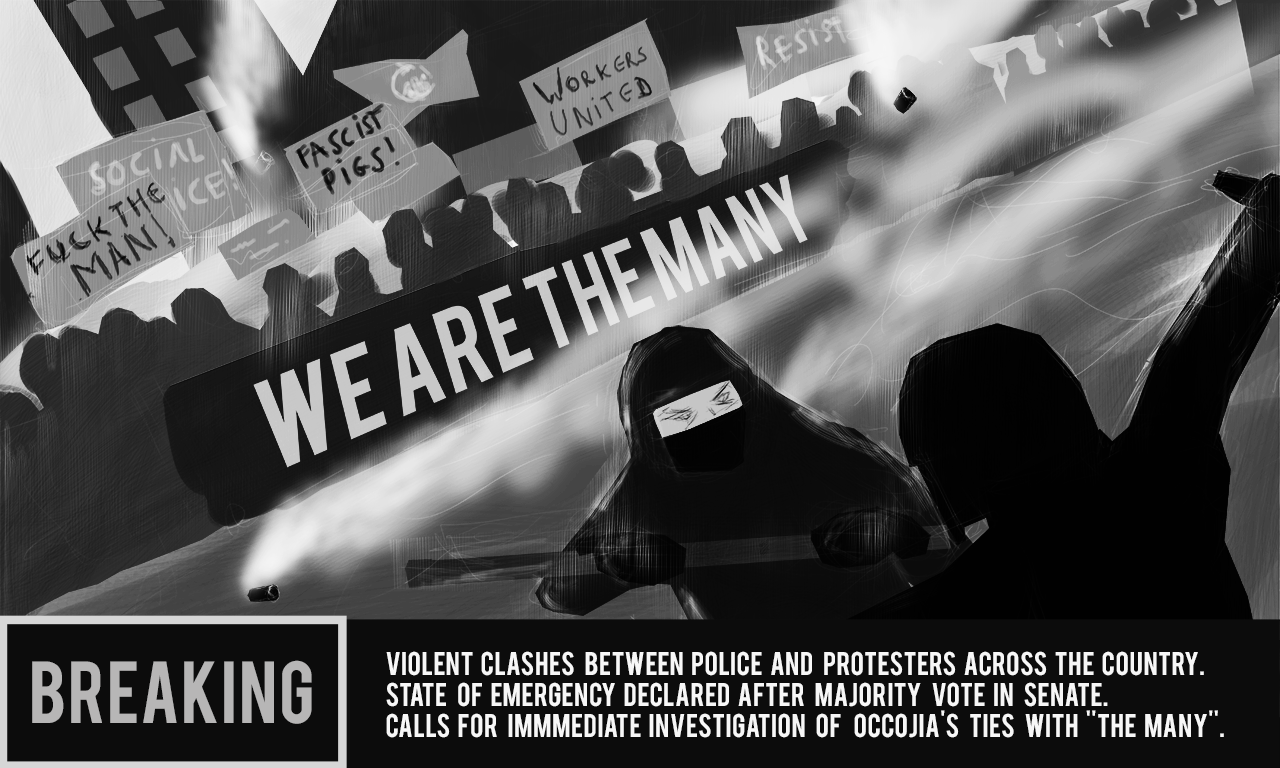 The Man Came Around : graphical evolution and workflow

A look at the graphical evolution and workflow of The Man Came Around, a survival game filled with moral dilemmas now on Kickstarter.

The Man Came Around - A thought-provoking survival adventure now on Kickstarter!

The Man Came Around, a survival game about moral dilemmas, hardships and the failure of democracy, is live on Kickstarter. Will you sacrifice your principles...

Committed and unforgiving, The Man Came Around is a survival game filled with though choices in a time of crisis. A political fable about exile, hardships...

Indie
Twitter
Tags
Embed Buttons
Link to The Man Came Around by selecting a button and using the embed code provided more...