The Inner Sea is an open world game with RPG elements, set in the XVII century in a mysterious archipelago. You'll build up your fleet from a single damaged ship, hire crew, engage in naval battles with both the islanders & the creatures from the deep, perform missions & much more!

After being sent on a mission your ship was suddenly caught in a storm unlike any other your crew had seen before. After days of facing violent winds, incessant rains and monstrous waves, with your ship heavily damaged, your crew wounded and demoralized, when all hope seemed lost, you make it to the eye of the storm, where you make the startling discovery that the storm surrounds a calm and navigable body of water.

Sail the Inner Sea, alliance yourself with it’s castaway and island born inhabitants or pillage and raid throughout the archipelago, the choice is yours!

We're basically two guys working on this project, Ivo & Antoine, with sporadic work coming from freelancers which complement our skills. We'd love to hear from you, be it feedback or thoughts and questions you might have! So go ahead and leave a comment, we'll be reading them all, and more importantly you'll be helping us shape The Inner Sea.

Characters of The Inner Sea

At the moment, we have three civilizations in The Inner Sea, some more of them will come later, actually the fourth civilization is currently being done. This character and all his accessories were the first set I made for the game. We wanted to have randomly generated characters, which meant a lot of accessories to be done. My approach was to imagine a single character through different paths of life, a version of him became a pirate, another a innkeeper and another an island governor, etc... Of course some more characters will be done for each civilization. This set took me around three weeks to complete.

At the time I am writing this text she is the last character I have made, also my favorite so far. I imagined her as The Caliphate Queen who fought her way to the throne of one of the island. 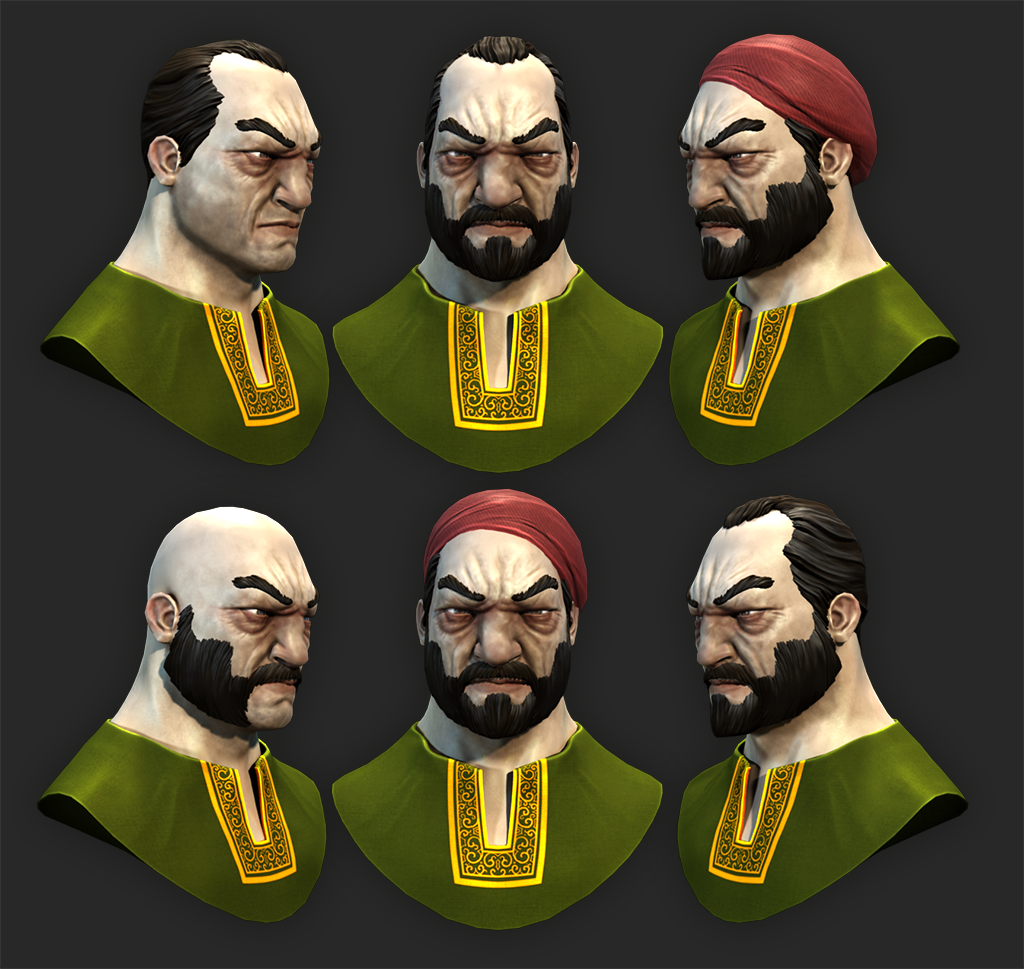 I like this one a lot, a rough Norman fellow who like rum a lot. I imagined him as a physically strong character who happen to speak with a lot of confidence and just because of this ended up ruling a full city. To me he is a true Drunken Sailor on a golden throne. 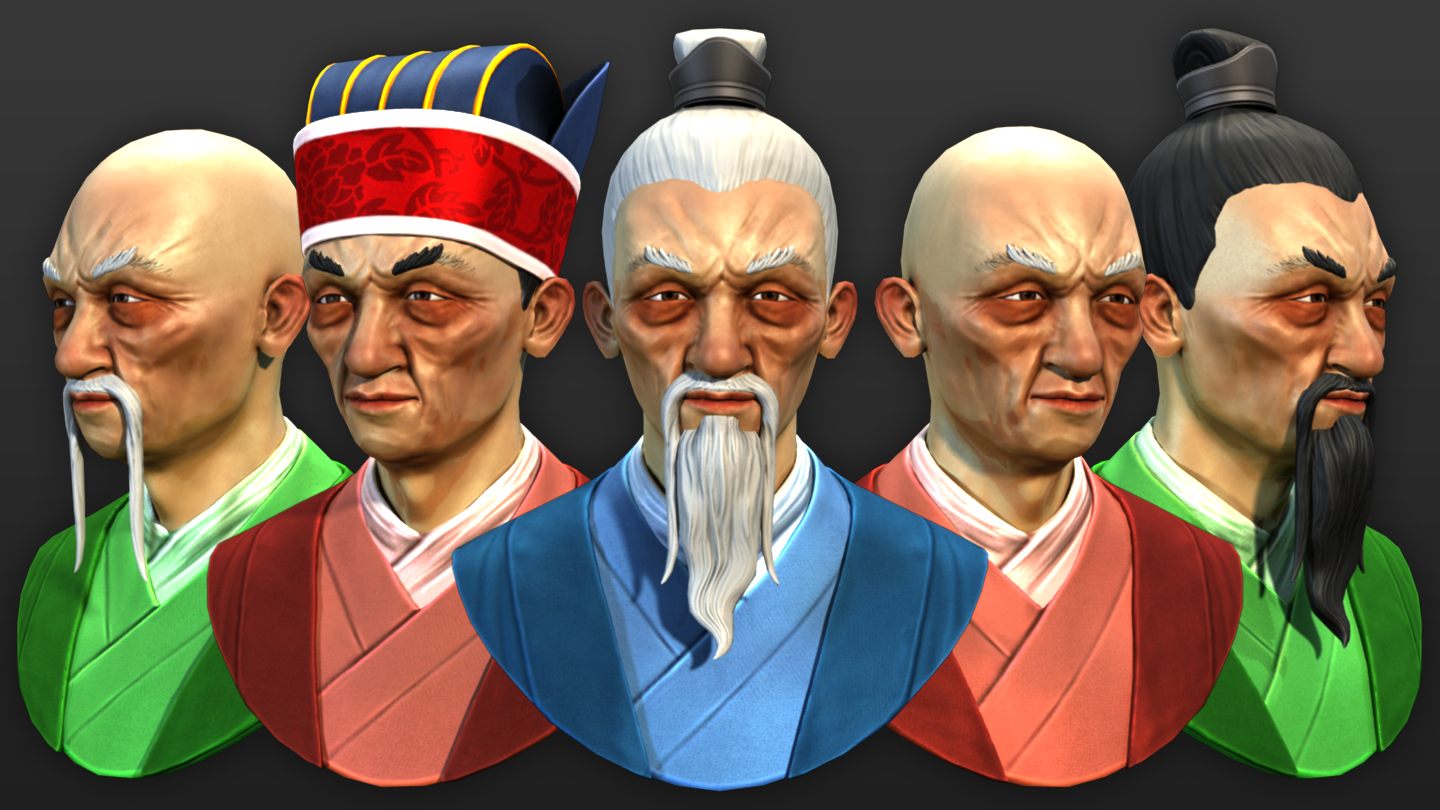 The Qins were the first to arrive in The Inner Sea.I wanted to make a mentally strong character, a traditional noble man but still a sailor battered by the sea.

If you are interested in the back story of The Inner Sea civilizations, on how they all ended up in the archipelago, you can find a full description on our website.

If anyone is interested in the process of creation or anything else about the art of the game feel free to contact me in PM, I will be really happy to answer your questions.

Also I am going to make one of our Facebook followers the next character of the game, in the same style as the one you see here, and I will send him or her a 3D printed version of the result. If you want more details about it, feel free to have a look on our Facebook page

Art of The Inner Sea

Our main artist Antoine Dekerle made a series of comments, on the art he made for The Inner Sea.

Ahoy Buccaneers and welcome to our first build update and bug fixing report. We want say thanks for all your awesome feedback. If you find any issue with...

We are making a game ! - The Inner Sea

Almost a year has passed since Ivo started developing the game. This is one the first game presentations done.

this is cool, is it still being worked on?

Twitter
Tags
Embed Buttons
Link to The Inner Sea by selecting a button and using the embed code provided more...