Your worst fear is the audience’s indifference. Your best weapon is a dazzling amusement. Your artists are your army. Behold, the circus came to town!

Roll up! Roll up! Come and take charge of your very own run-down circus and navigate a uniquely American form of entertainment, full of bizarre folklore, brutal crime, and social inequality as you battle to establish yourself amongst industry giants Ringling Bros., P.T. Barnum and Buffalo Bill:
Build your troupe, manage your circus camp, explore Gilded Age America, and amaze your audience to become the tycoon of an entertainment empire the likes of which the world has never seen!

Dive into a story set during the dying days of the Wild West where history mingles with magical realism and ethnic folklore. Listen to an atmospheric soundtrack inspired by classic circus music and American country & folk as you travel to 90 cities and towns across 4 vast regions of the continental US. Encounter mythical creatures from such as the Wendigo and Bigfoot alongside historical figures including Susan B. Anthony, Nikola Tesla, and Queen Victoria. Play your cards right and you might be able seize the crown of greatest showman from P.T. Barnum himself!

Deliver a perfect show in a special card duel between you and the audience. Beat their boredom with an arsenal of performances and tricks presented on over 200 beautifully hand-illustrated cards. Strategize carefully and gauge the mood of the crowd before playing your hand; what provokes cheers in the deep South might provoke jeers in the industrialised North!

As the budding tycoon of a travelling circus your success depends on the variety of weird and wonderful acts you can get into the ring and the range of spectacular feats they can perform! With over 15 unique performers to recruit, and 32 audience types from across gilded age America to amaze, you’ve got your work cut out as you try to create the greatest show on earth!

As a showman you will have to travel light and fast, managing your resources and building the camp that supports your show as it grows, enabling you to drop jaws from coast to coast. With 8 different circus wagons, 18 unique upgrades available between them and over 100 modifications for the circus caravan as a whole, there’s a range of options to keep the show on the rails as diverse and varied as the performers in it!

What The Amazing American Circus has to offer?:

The Amazing American Circus in numbers:

Klabater, a developer of Crossroads Inn, and Juggler Games - studio behind My Memory of Us, have announced their new collaborative production - The Amazing American Circus. The game is set to be released on PC and consoles in 2021. 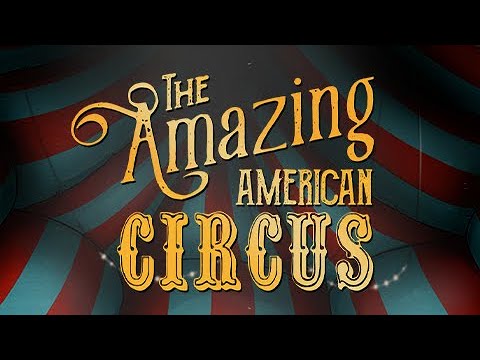 The Amazing American Circus is a unique blend of a card game, tycoon, and an adventure game. Build a wandering circus, collect a strong deck of cards, gather a fantastic troupe of artists and performers, and travel across the 19th century United States! Dare to challenge the legendary P.T. Barnum and make your enterprise the most incredible show of America!

At Klabater, we are fascinated by history. We develop and publish narrative-driven games that depict vital and thought-provoking moments in life. We are currently focusing on the turbulent times of the late 19th and early 20th centuries. The Amazing American Circus marks a bold third chapter in our ambitious project of games that combine captivating narratives from that era with eye-catching art and compelling gameplay. The best-selling games We. The Revolution and Help Will Come Tomorrow were the first two chapters.

Your worst fear is the audience's indifference. Your best weapon is a dazzling amusement. Your artists are your army. Behold, the circus came to town! 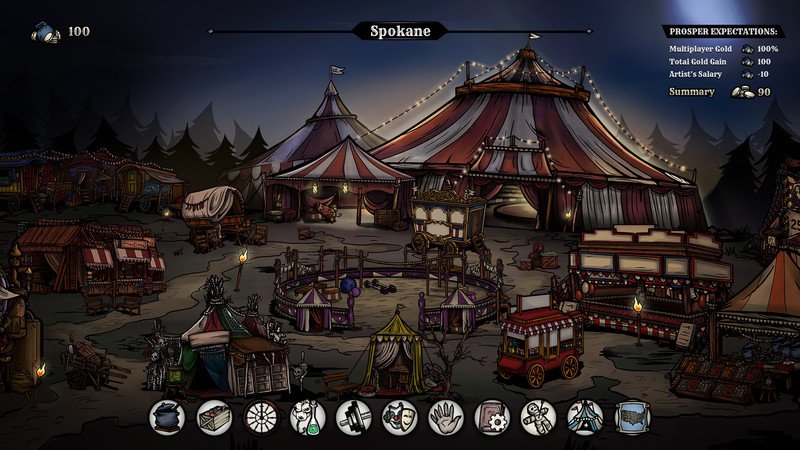 The Amazing American Circus tells the story of the most iconic entertainment in American history. The USA, during the Gilded Age, is a turbulent place with serious social problems and rapid economic growth with railroads and industrialization leading the way. On the East Coast, a modern metropolis springs up, while in the west, cowboys and robber barons and farmers battle for a piece of the new American dream… A new era is coming, and it may be the right moment for a traveling circus to flourish. 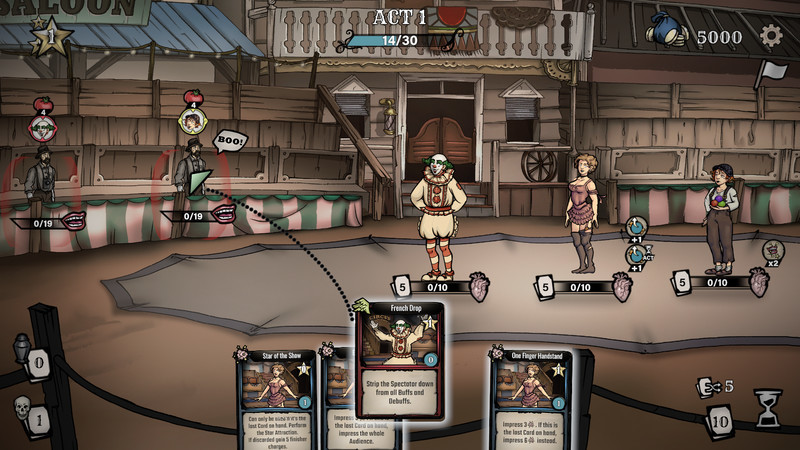 You take the role of an impoverished owner of a traveling Circus. Through your personal and multithreaded story, The Amazing American Circus reveals mysteries behind a uniquely American form of entertainment.
Deliver a perfect show in a special card duel between you and the audience. Boredom is your enemy, and your performances and tricks are your best weapons. Choose your cards wisely and try to figure out the mood of the crowd. As a traveling Circus owner, you need to look for new troupe members. During your travels, you will try to gather an exotic crew of performers, but can you deliver the best shows, win the audience’s approval, or will you fail?

A unique story filled with love affairs, hateful enemies, and magnificent shows with challenging audiences and quests, all of this wrapped up in a writing style that resembles the dime novels from the turn of the 20th century - that's what The Amazing American Circus offers.

What The Amazing American Circus has to offer?

The Amazing American Circus will be released in 2021. Please visit the Facebook page for more information.