A post about making pixelart, how to utilize it and why you would choose this style for you game.

Our game will, in order to ease the workload on the artist (me) and to follow the 80's theme, use pixelated graphics. There are quite a few good things he comes with this, like the ease of workload just mentioned, but also a few bad ones. In this post, I'll be talking about pros and cons of pixelated graphics whiles discussing on how to get the most out of this style.

The current animation for ranged attacks in TSS.

I have already spoken about the ease of workload, but I haven't really said why that it does that. First of all, pixelated graphics means that you don't need to (or rather CAN'T) draw out details, as there isn't enough space and the big pixels themselves will create a style that on its own works well without those details. For the same reason you can avoid advanced shadow and lighting effects (though there are a few games who have used awesome looking lighting effects with pixelart to great effect). Secondly, animations are easier to make as even if they have a decently low fps (around 10 -15 fps), it'll still feel right within the pixelated artstyle. Compare that to a game with high-res sprites, where low framerates in animations will be much more noticeable when the rest of the game looks so refined (look to some of Daedalic's point and click games for examples of this).

The current walkcycle for the player in TSS.
It's an example of an animated pixelated sprite at around 15-17 fps.

Another positive thing about working with pixelart is that it allows you to simplify other parts of the production, as it will work well with the retro style. For an example, instead of recording real and realistic sounds, you can use simple sound effects created with a synth (and if you really want to be lazy, you can use this). While this obviously can be done in non-pixelated productions, it can easily sound out of place in a high-res title (it really depends on a title to tile basis). Also, just because you do pixelated graphics, you're not forced to simplify other parts of the game.

Style is also a good thing about pixelated graphics. While just doing pixelated graphics has been done so much that you won't really stand out in a crowd, it's still a style of it's own, that makes you differ at least from a few games. If you then on top of the pixelated style apply your own style, you can get something that's much more noticeable in the sea of indie games. Also, because pixelated graphics (usually) goes faster to create than high-res graphics, you can spend more time on designing your own style and integrating it into the game. For an example, if you look at Sword and Sorcery's (great looking) artstyle, you can tell that it stands out in the crowd. But you can also see that while a lot of artistic talent has gone in to that game, drawing the sprites in that title would probably go much faster than drawing the sprites in stylized high-res titles like SkullGirls or Shank (Or perhaps even Don't Starve).

Now that all being said, there are quite a few cons to pixelated art as well. A part for the obvious problem that making 3D games with pixelated graphics is pretty hard to pull off (though games like Teleglitch or oldschool titles like the original Starfox proves it can clearly be done to some degree), there are also problems with details. Yeah, you know how I said that one of the pros with pixelated graphics is that you can make it look good without a ton of details? Well, it's also a problem, as not only do you not have to add details to your art, but also you can't. There just isn't enough space for minor details most of the time, meaning stuff like wieldable items (such as guns or swords) usually become pretty basic. You can't really spell out “Smith and Wesson” on a 10x5 pix gun sprite. This can off course be bypassed by “simply” upping the resolution of your artstyle a bit. However, by doing this you'll loose part of one of the biggest pros of pixelart: Ease of workload. Also, if you go too high-res the game won't really look pixelated, but rather like it lacks anti-aliasing (Like the old fighting games like Guilty Gear or King of Fighters did. So it won't look bad – just not like pixelart). What you want to do is find a good balance between ease of workload and resolution. Also, if you've gotten a good style down, you should prioritize that before upping the resolution for more details. For an example, people will after all understand that a grey L-shaped item is a gun. 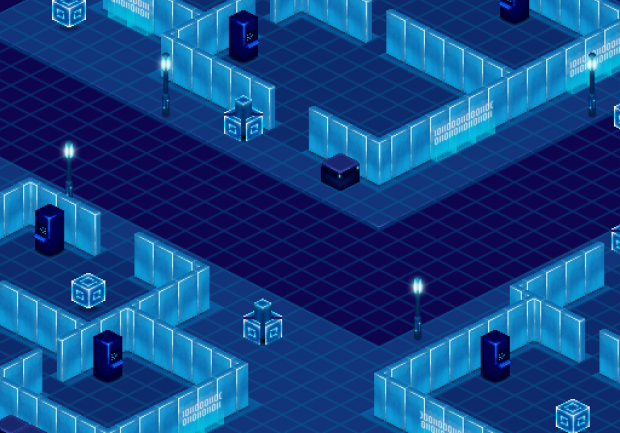 Also, while pixelart has it's own style, it's been done so much that if you don't do it well, people might look down on it. There's a pretty widespread though that (not completely incorrectly) believes that indie developers uses pixelated graphics because they are not good enough/are too lazy to use high-res art. While in some cases this is true (Our game is pretty much done in pixelart because I'm neither good nor fast enough to do it in high-res), there are a ton of great looking pixelart games that people don't look down on, because they're done so well. Games like Scott Pilgrim vs. The World and Jamestown prove that decently high-res sprites can work great, just like games like Sword and Sorcery or FEZ shows that as long as you've got style, high detail ain't an issue.

Speaking of which, when it comes to pixelart, if you want to look good you'll need to be coherent with your resolution and pixelated style. One of the most usual ways to spot a “pixelart-for-ease-of-work-load-rather-than-style”-game (which, even if your game is one of those games, you don't want the costumer to know that) is that the game isn't coherently pixelated. For an example, the UI has a different resolution than the rest of the game, the sprites slides over pixels rather than snaps to them, or my personal favorite, when a sprite rotates, and the pixels rotate with it. This is something that takes some work to fix, but in most cases, it can be done or worked around, and your game will look better for it. One of the harder issues to fix when it comes to this is having the in-game text being properly pixelated. I recommend checking out fontstruct.com, a free font tool that allows you create pixelated text pretty easily, to solve that problem (There will probably be a post in the future about this). Even this though has a few exceptions, like FEZ that manages to use 3D effects that look good even though those effects are not pixelated at all.

The "regular" cursor in TSS (for menus and alike).
Has been created so that the cursor will have the same resolution as the game.

That's about all for this time! I hope this post was of help to someone and that it was an interesting read.