It is the distant future. You are on the way back to earth from a mission to deep space. Your ship and entire crew are sucked into a rouge wormhole being sent millions of years into the past... A first person, open world, survival based in a semi realistic pre historic environment. The only UI you will see is represented by your players hologram system. This is only used to build craft and store information. It is currently the only man made item you will see in Pangea. When starting a game the main focus will be on the survival aspects like simply finding food sources and shelter. Once the player becomes self sufficient the real fun begins with an in depth crafting and large scale building system fueled by extensive resource gathering. Chop trees, mine rare minerals, plant crops or hunt the diverse wild life actively or through trapping. The player will constantly battle hunger, thirst, injury, wound infections and sickness. All while trying to survive the most dangerous period of time known to man.

Combat is fast paced and fluid. Instead of using standard animations attacks are based on body position and individual weapons using real time physics and collision detection. There are many weapons to craft in Pangea. From basic stick bows and rock axes to more advanced metal weapons if you manage to process and forge mined metals. As many of the enemies will be much larger than you there will also be large scale weaponry such as Ballistas and a few items I'm keeping under wraps.


Playable areas are seamless pre designed detailed randomly generated biomes. I chose to not use procedural generated areas (a la Minecraft) as they often have odd placements of things and tend to not look as appealing as those that are designed. And the typical one designed open world things often get boring after playing the same area over and over seeing the same landscape.

So with my design you get the best of both. A procedural map that will be different every time you play but will bring great looks and level design. This also allows for me to expand the world area at anytime by simply adding more areas per world as well as creating events and hidden areas. There will currently be 8-10 large areas for each play through of varying unique biomes, each containing specific resources and wildlife. Some areas will be inaccessible without certain items (ie. Rope to repel a ravine, a raft to cross rivers etc.). Also there are smaller random unique areas with rarer resources; tar pits, death valley, etc.


(Mostly just high quality placeholders. Although animations and models are good these will all be changed later on to a more modern approach to dinosaur looks. More colors and feathers.) 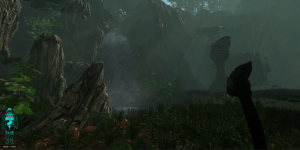 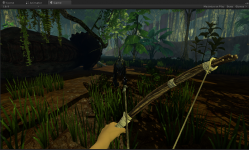 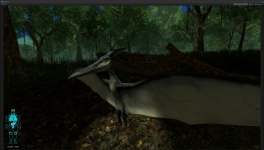 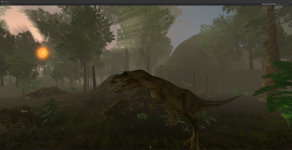 Hippie, Is this still a Thang?

Any plans on releasing a demo?

It's possible but honestly I will be releasing an early alpha version sometime in the next few months and I think it's best to spend my time working towards that than on a demo.

Well isn't a alpha the same as a demo? Will the playable alpha cost money?

Hey guys. I had to cut this video short so it wouldn't be too long but there's another one coming quick showing off basic fire mechanics as well as the inside of some caves. Thanks for all the support!

Is there any new news on the games development?

Sure is! Sorry for the long silence I had some major changes with my job back in February and had to move my family closer to work. I've had limited development time over the past few weeks because of this and I chose to work on the game itself and less on the publicity side of things. That said I am back on a regular schedule and have much to show off.

60 members
You may also like
View All Top Games