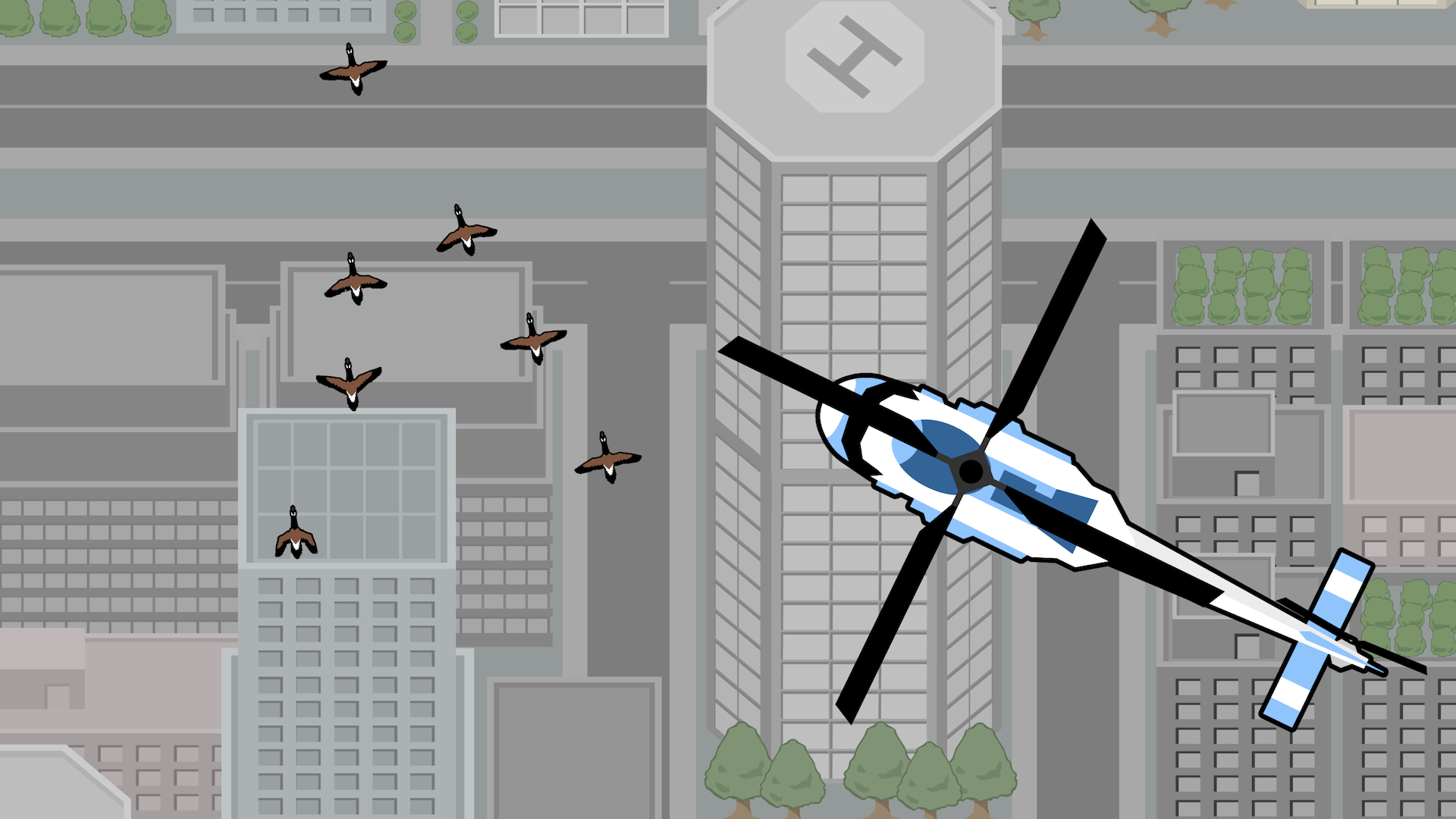 Beginning above the crowded airspace of a modern metropolis, players guide the wayward flock through a relentless maelstrom of obstacles gathering all manner of friendly birds, until suddenly the flock is caught in a wormhole and hurdled through time. Players must overcome many dangers, traveling through history, prehistory, and even the distant future, in seven unique levels spanning thousands of years of history, mythology, and fantasy. Hunted by desperate predators, tracked by futuristic drones, threatened by crashing meteors, caught in the midst of aerial combat, and even left at the mercy of ancient gods and titans, the flock must constantly adapt to new and unexpected challenges, or be lost forever.

You play as a flock of birds on the run, stuck in the midst of chaos and violence, seeking refuge on a journey that spans millennia.

A solemn ode to aerial classics like Galaga or Space Invaders, Super Endless Migration is an arcade game at its heart, albeit an unconventional one.

The complete absence of weapons in the game — at least weapons that can be used by the player — creates a unique sense of danger and thrill, while flirting with the urge to press on in the face of the insurmountable.

Super Endless Migration is a roguelike adventure with high stakes and little forgiveness. There are no extra lives, but there is a modest strength in numbers. As long as a single bird still flies, there is still hope.

Thanks for voting and helping Super Endless Migration on it's quest to become the 2021 Indie of the Year. You are now in with a chance to score some free games. Help this game secure more votes by embedding the widget (or link) we have included below on your favorite sites.

To promote Super Endless Migration and grow its popularity (top games), use the embed code provided on your homepage, blog, forums and elsewhere you desire. Or try our widget.

Si Kancil is a 2D Puzzle Platformer with interesting puzzle to solve with Good Graphics.

Pichón is a puzzle platformer where we control a character that's constantly bouncing. The player must solve puzzles and collect 5 gems to open the exit...

The Sproutlings is a roguelike platformer with procedurally generated levels. Players can explore vast world full of secrets and suprises, fight challenging...

Gomez is a 2D man on a voyage of discovery into the mysterious 3rd dimension. Change your perspective and look at the world in a different way.

A simple, yet challenging, 2D platforming game based in a world of exploration and hope. Discover a world of mythology while experiencing challenging...