Super Cane Magic ZERO is a Comedy Action RPG currently in early Access on Steam! Eat everything! Throw everything! Get Gear! Don't Die!

Imagine a subverted world, where a powerful magic cane ends in the paws of a dog, causing the most unexpected transformations and twists. Explore the world of WOTF as Coso, Cosa and many other wacky characters. Collect items, survive the reality changes and defeat enemies in three different modes, alone or with the help of up-to-three friends in local co-op!

Sio is an Italian cartoonist, popular for his comic books and his hilarious videos on YouTube. If you wish to find out more about his works, visit his official website!

Right now we are somewhere near 15% of the whole production. This means you can expect at least 7 times more content and, exponentially, much more gameplay time coming from the combination of randomized scenarios, story mode levels and local pvp arena mode levels. The following list is what we already have in-game.

Primary and secondary stats, perks and a modular inventory system have been implemented to support your adventures in the world of WOTF.

Pick up everything, throw everything, eat everything. Our arcade combat system is designed to create tons of different and hilarious gameplay possibilities.

The first of the seven main environment modules of the game is complete.

Right now you can play a first iteration of our challenge mode levels as a standalone game mode with procedurally generated levels. Survive the deadly rooms and defeat all the enemies.

Battle your friends in arena mode or play co-op up to 4 players in challenge mode!

This is a list of features we are developing right now or we plan to develop before we reach the complete 1.0 release.

In game and meta-game balancing and progression

We are impoving our loot system and enemy abilities. We are working to create better fights and more consistent rewards. We want different items to have distinctive play-styles.

We are working on new traps, secret passages, hidden items and a modular system for keys and locked doors. That’s what proper adventuring needs!

This is where the reality bending power of the magic AAAH! dog comes into play! We are in a very early design steges for this feature, we will keep you updated!

As we move towards 1.0, our game controls and GUI will get better, also thanks to your feedback!

You will be able to choose between story mode levels, challenge/survival levels and arena levels directly from the world map. This new feature will replace the current game mode selection. The game will save your campaing progress and you will be able to bring all the loot and characters you collected in any of the available game levels displayed on the map.

We are working hard with Sio to create a crazy story mode campaign. We will be releasing new levels as soon as they are available. The first chapter is scheduled for late October.

Just more game. As our mechanics and game creations tools get better, we are going to release and uptate our game content, so expect an increasing amount of bigger and better enemies, items, bosses, tilesets and levels.

Hello IndieDB! This is our first post here after a long time and we are happy to be finally part of this community again. In the last years we worked on many different projects, small and big ones, but the most important we are creating right now is for sure Super Cane Magic ZERO. 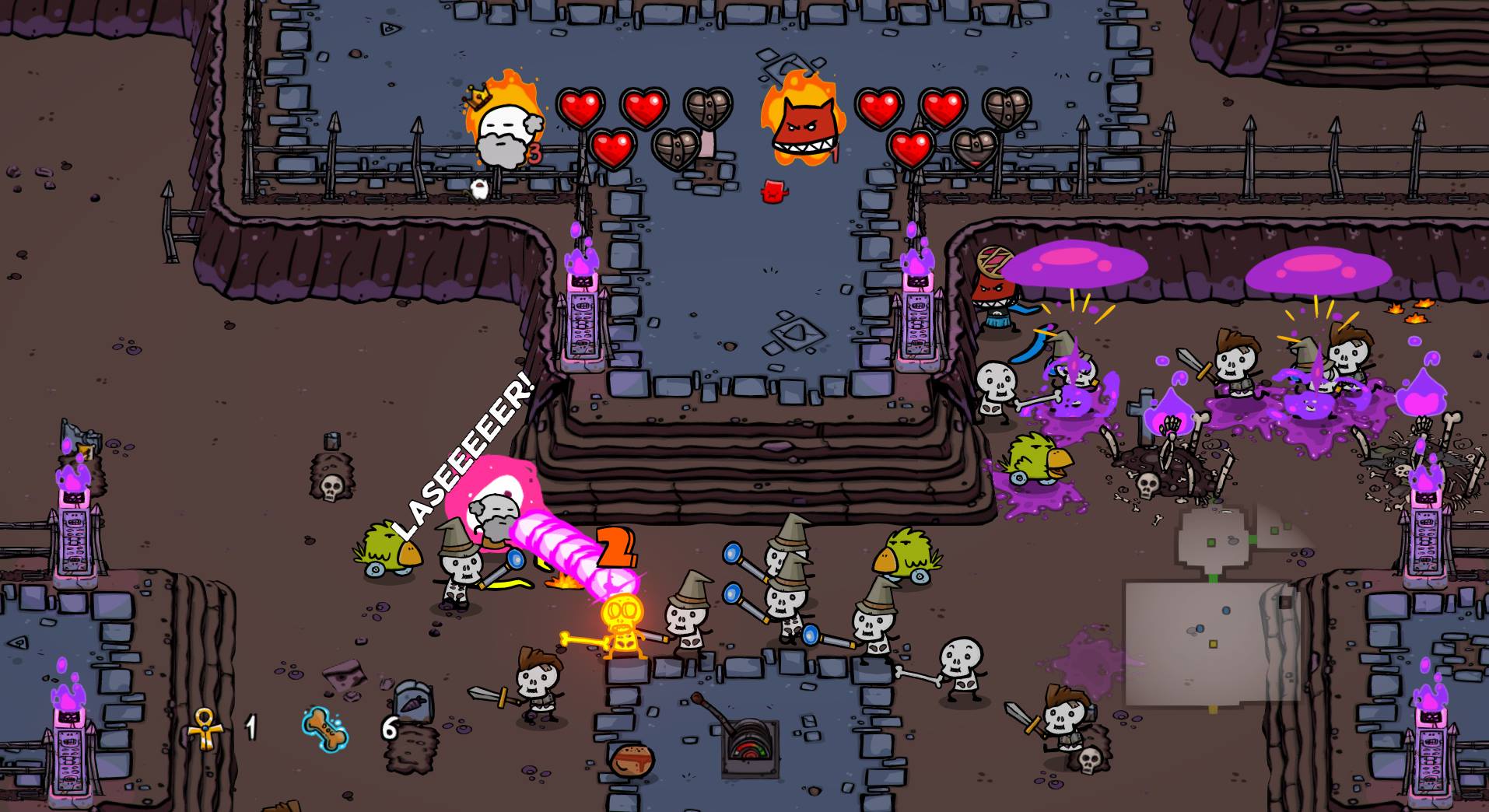 It's dangerous to go alone. Take this LASEEEEER!

We are creating this game in collaboration with Sio, a comic book artist very popular in Italy, which means that most of our current followers are Italian. However, we believe Super Cane Magic ZERO can be also appreciated by the people who doesn’t know the original comics, and that’s why we decided to use this channel to let you find out more about our game. 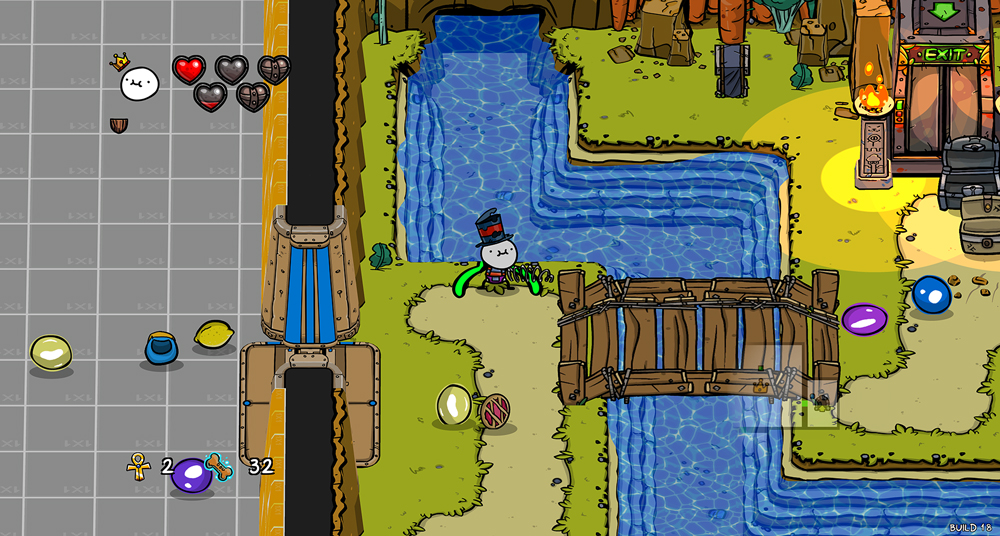 This is how a room looks like while we are still working on it!
Here you can also see the new tileset we just created!

Here, you will find all the updates about the game development (we are still in early access) and the news about the various changes and releases. Let’s start with a bunch of images that will show you what we are currently working on!

Working on a new boss: the terrible mole! 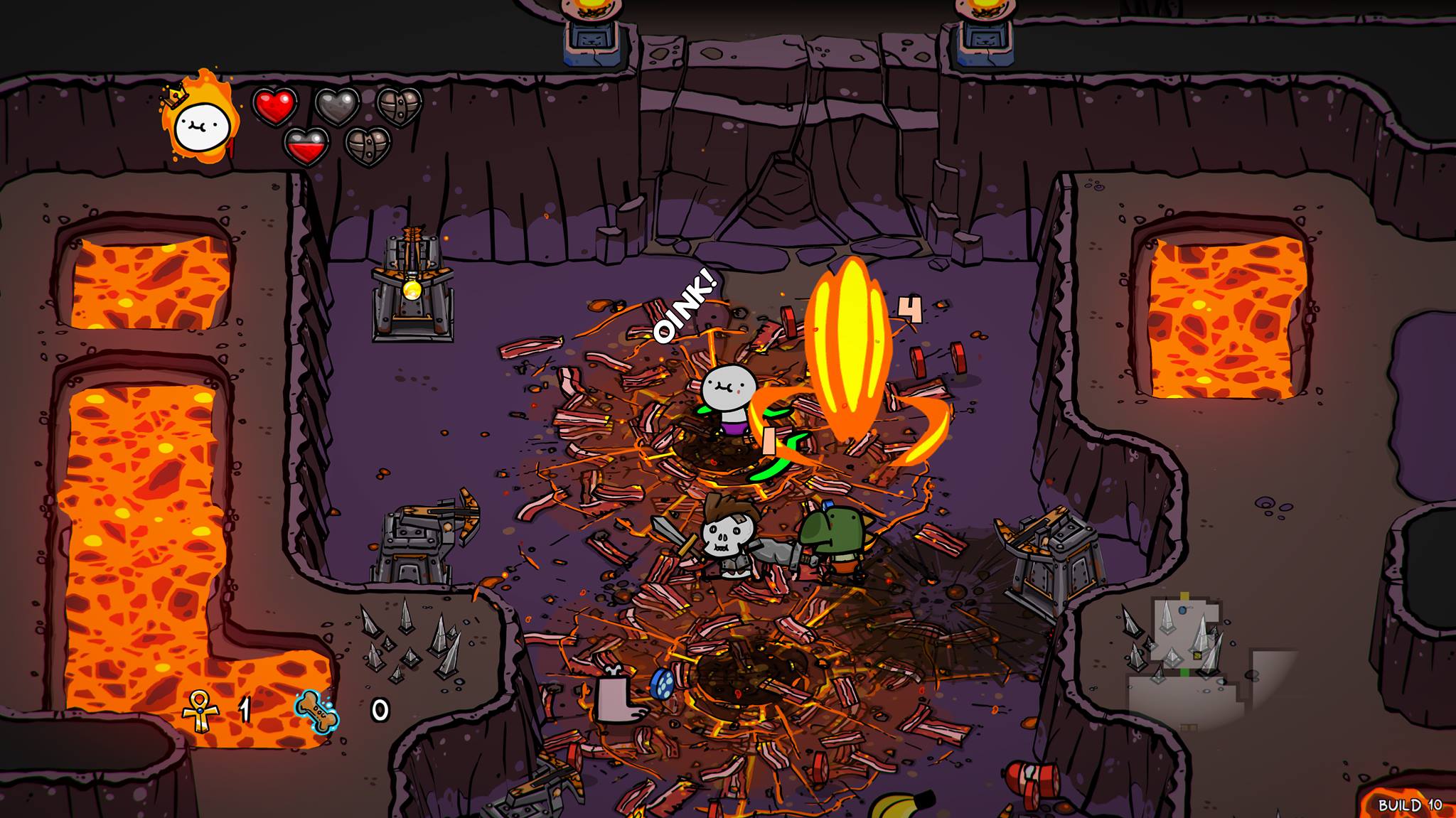 Time to kickass and chew some bacon!

Our hero and a new mysterious character

Deep Down Below Role Playing