[stranded] puts you in the work-boots of Theodore O'Hare, Cargo Officer of a military transport vessel. Stuck on an unknown planet after your ship is attacked without warning, you must activate the rescue beacons that were jettisoned into the wilderness around you, whilst fending off aliens, rogue inhabitants, and more. Be careful with your ammunition, make every shot count - you're stranded here in uncharted territory, and you'll need more than just fire-power to survive the nights....

This week: Enemies! We cover all the enemies that will be featured in [stranded], as well as the announcement of our open beta!

We've been working hard as deadlines are approaching, but we do have more to show off this week!
The enemies are, of course, your primary obstacle in [stranded]. They will hunt you at night, they will ambush you, swarm you, you'll stumble into them accidentally and be mauled to death. However, in [stranded], the enemies can be used as weapons themselves.

Last week we talked about the weapons, and the bait modification is one such weapon that allows the player to better utilise their enemies. Bandit camps can seem like impregnable fortresses when facing them on your own, but when you have a horde of aliens to rush in first and soak up the bullets, they can be overcome. But first, let's talk about enemy types. There are two basic categories for enemies, the Wildlife, and the Bandits. Today we'll talk about the Wildlife.

The Wildlife consists of the aliens you will encounter. There are three different species native to this world, and each behaves differently and has their own strengths as weaknesses. 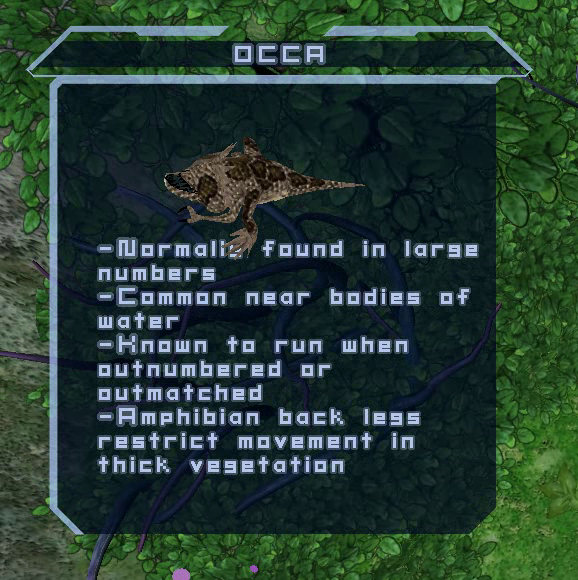 Occa are the most common aliens you'll find. They're small, but vicious, and can easily overwhelm you in numbers. Face off against one or two and they're likely to flee, but if they manage to find reinforcements, you'll be in trouble. Their main predator is the Phiax, but in a large enough group Occas can make short work of even them.

Occa's prefer wet environments. They often lurk unseen beneath murky water, ready to ambush un-suspecting passers-by. This means they are very common in swampy areas, but in arid environments they're pretty much restricted to any pools of water they can find. Because Occas are mainly amphibious, they can't traverse long grass or bushes, giving you an easy way to avoid or hide from them. 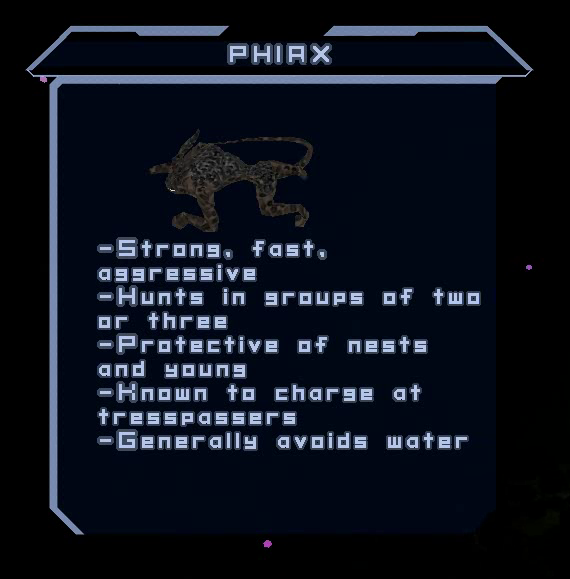 Phiax are predators that hunt in packs of two or three, but it isn't unusual to find a long Phiax stalking the night. They doze during the daytime, but are quickly alerted if anything approaches too close. They are fast, and can cause quite a bit of damage with their strong front limbs, but cannot swim and are typically afraid of water. Like the Occa, Phiax can be distracted by the alien bait mod, or by luring them into a pack of Occa (or a bandit camp). 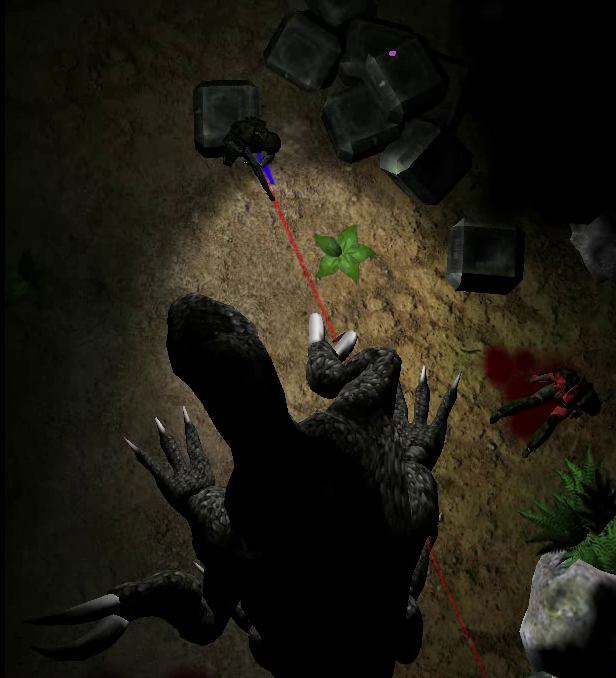 The Diathak is the most dangerous of the aliens you will encounter. Not only is it fast and dangerous, it can traverse almost any landscape and will stop at almost nothing to shred anything in it's path. We recommend you avoid these at all costs.