Hello everyone. For those who are not aware of this project, Stellar Insurgency is a fleet focused 3D top-down space game (there are never too many space games :) with rts and rpg elements that is under development since 2016 by a team of one.

I haven't posted any updates in over a year, nevertheless the development of the project is going strong especially taking into account that this is a one-person free time project. At this point I am not even considering any potential profit (although that would be very nice), rather than completing and releasing the game probably on Steam.

During this year I have been iterating the project, adding and revising features, refactoring the code, killing bugs, and generally being on a state of perpetual grinding. I have found that (at least for me) the hardest and most time consuming part in making a game such as this is not coding (although sometimes it can be hell) but rather working on the gameplay and trying to make it enjoyable and interesting at least on the creators definition of interesting.

The current version of the game is 0.66 Alpha and it will probably be ready for early access (after the demo) in Steam within 2023 (fingers crossed) at a state close to 0.75-0.77 Alpha. As many of you will notice most of the assets are from the store and that is because there is not enough time or talent to make my own (you know what they say, jack of all trades ...). but I think that they look nice and maybe in the future after release in early access there will be a chance of updating or even replacing some of them.

What is following is a compilation of features and collection of images and gifs showing selected features and current state of the game. 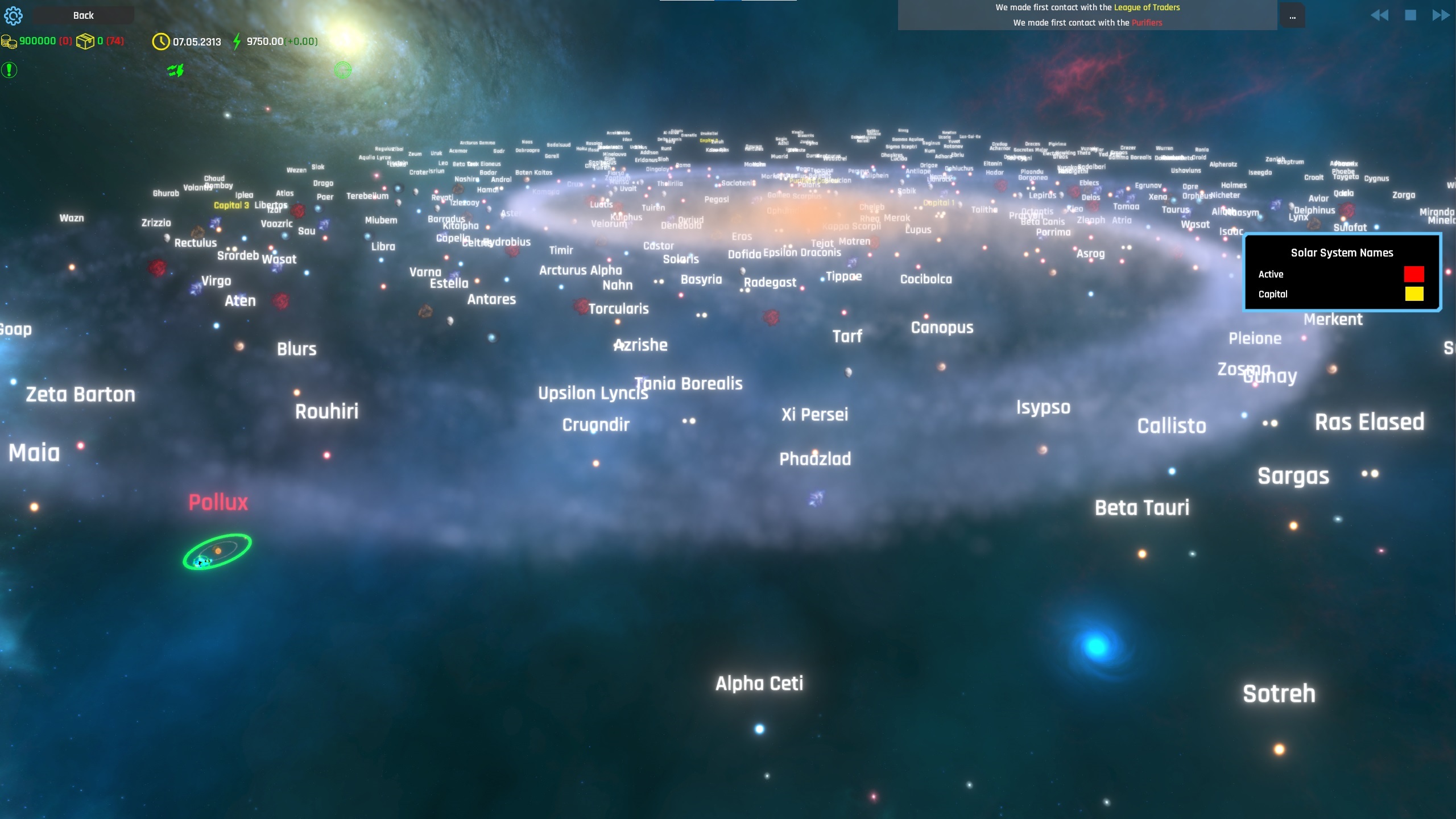 As it is mentioned in a previous post I applied the Density Wave theory (this theory explains the spiral arm structure of spiral galaxies) on a particle system to make the galaxy look more realistic. The galaxy depicted here consists of 300 reachable solar systems each one with its own characteristics interconnected via a system of star-lanes. 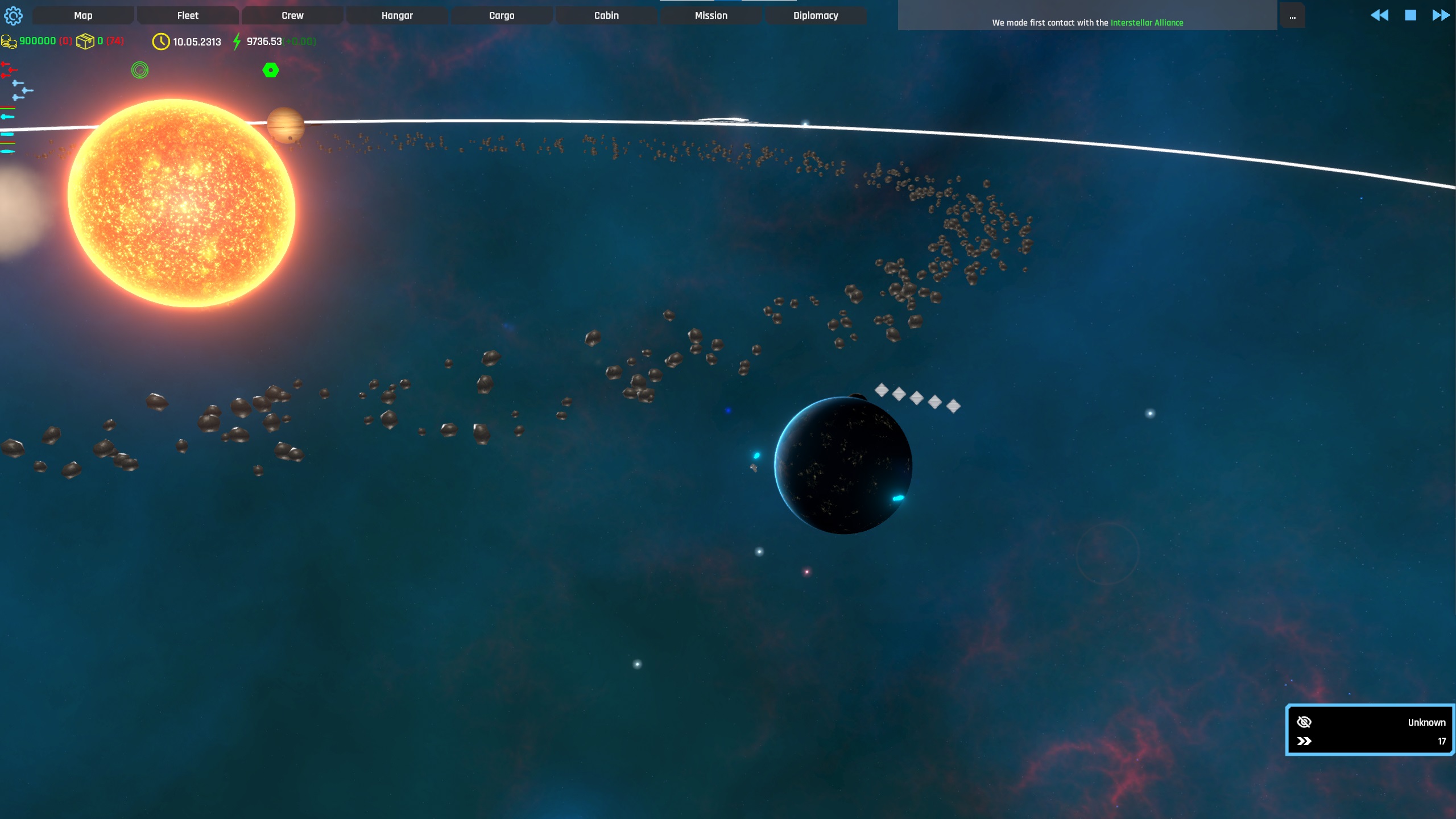 Our fleet consisting of 3 spaceships is orbiting a planet when another unknown fleet approaches. 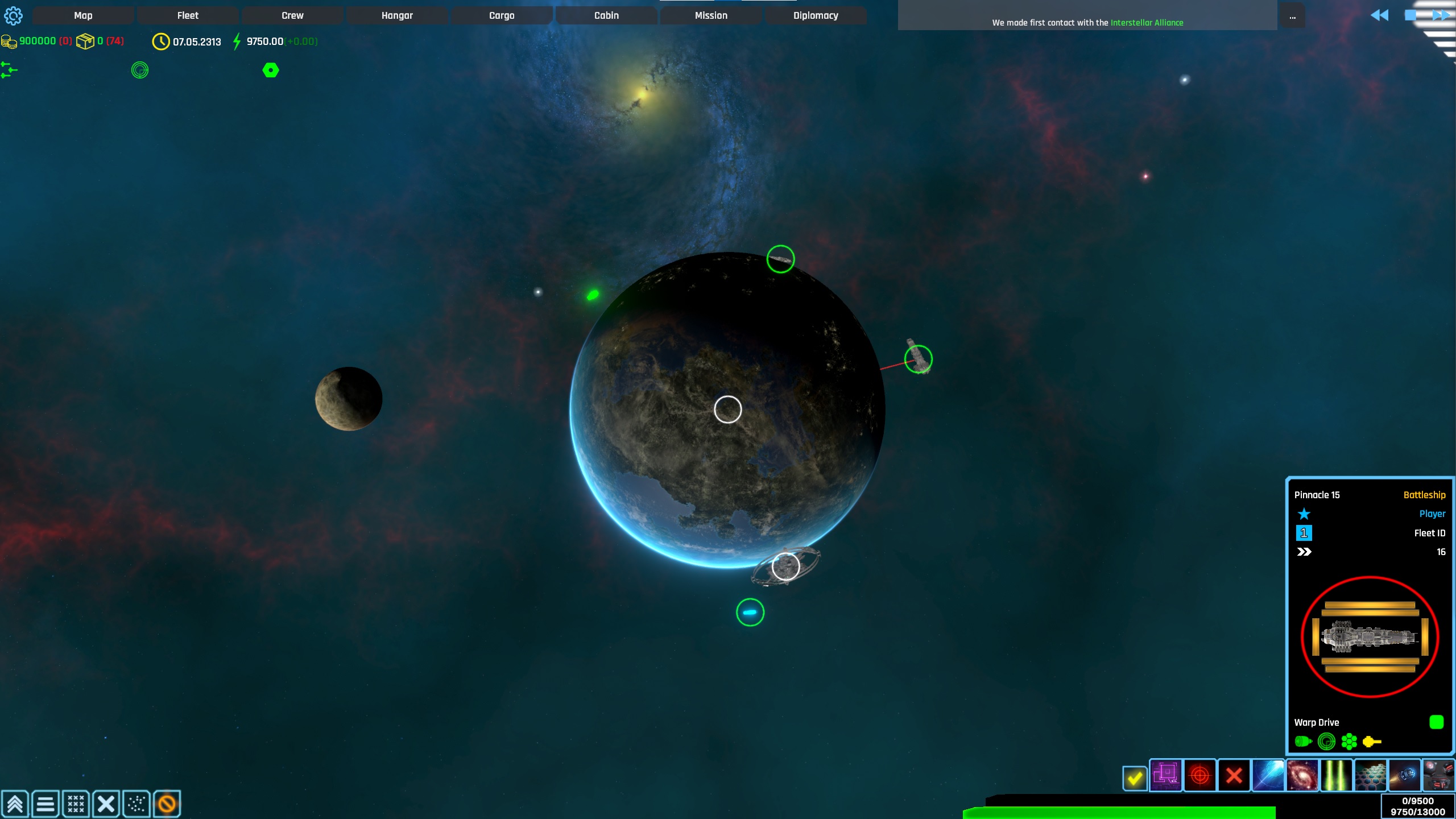 In general there are moons orbiting planets, planets orbiting stars or other massive objects and space stations and spaceships orbiting anything, all this, is done by simulating gravitational force through Newton's law of universal gravitation. 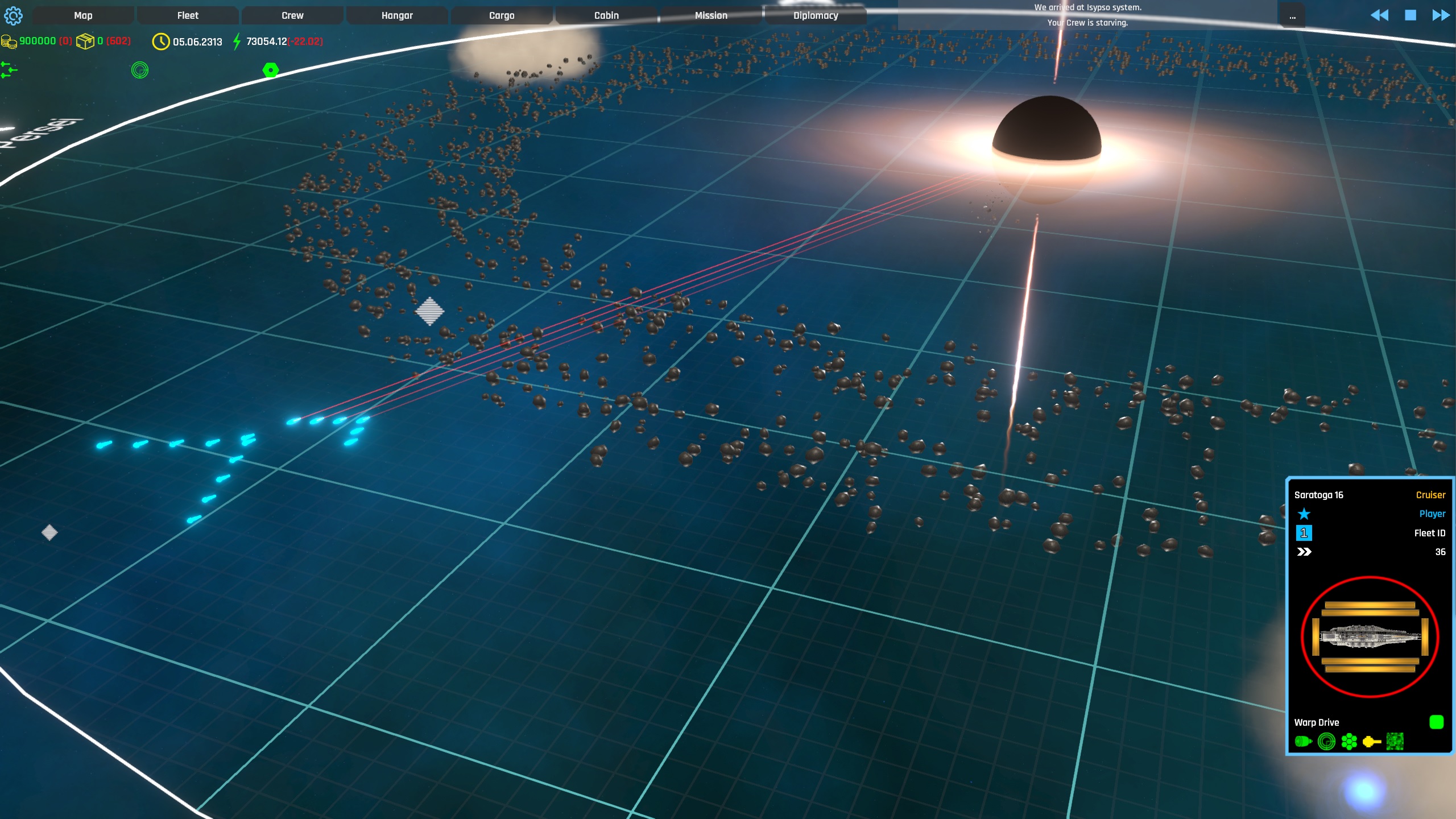 Fleet consisting of cruisers and battleships in formation. is approaching a black hole. 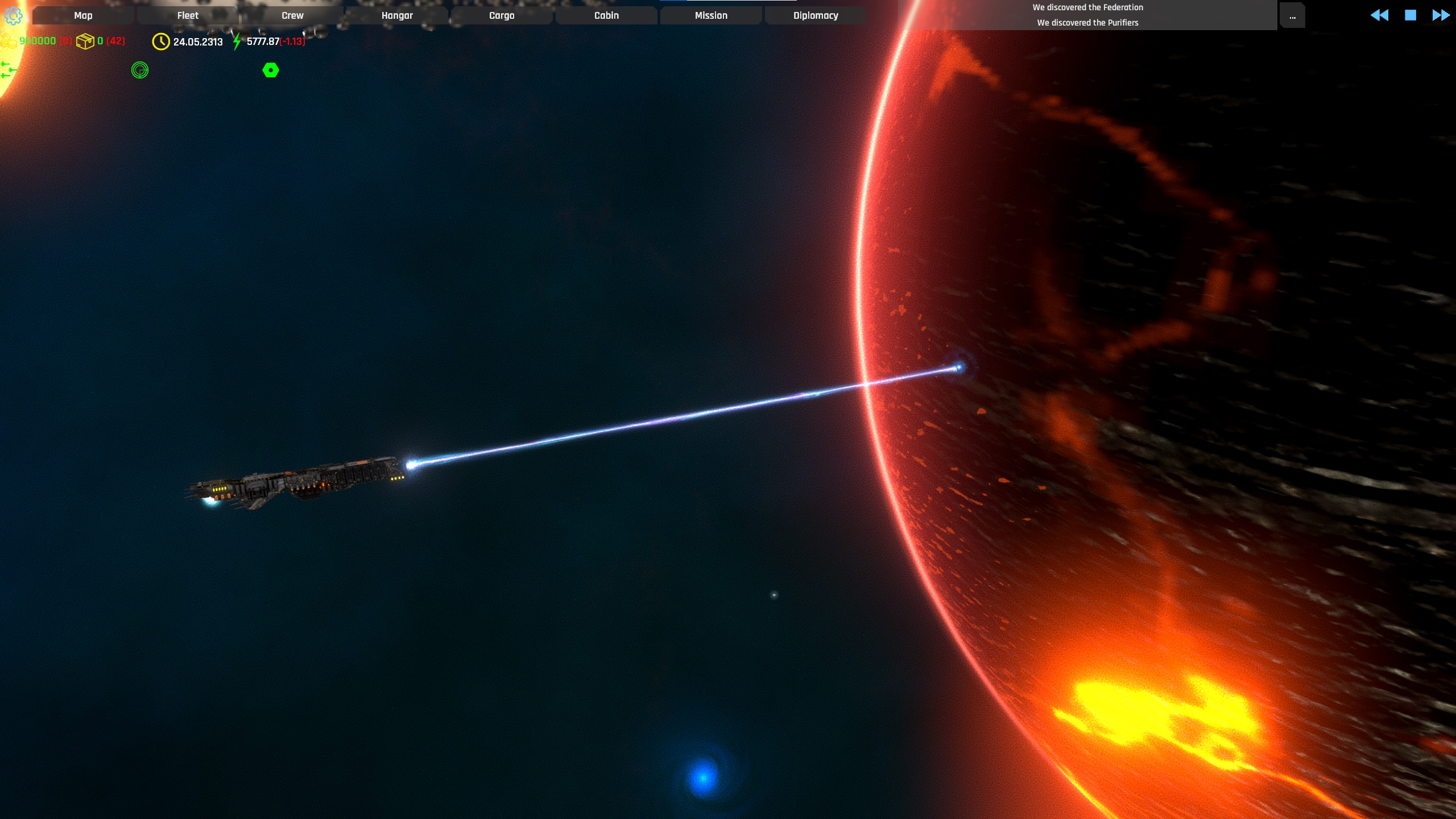 I have a added the ability to destroy colonies or entire planets. In this case, the Purifiers, finishing an act of ehm.. purification. 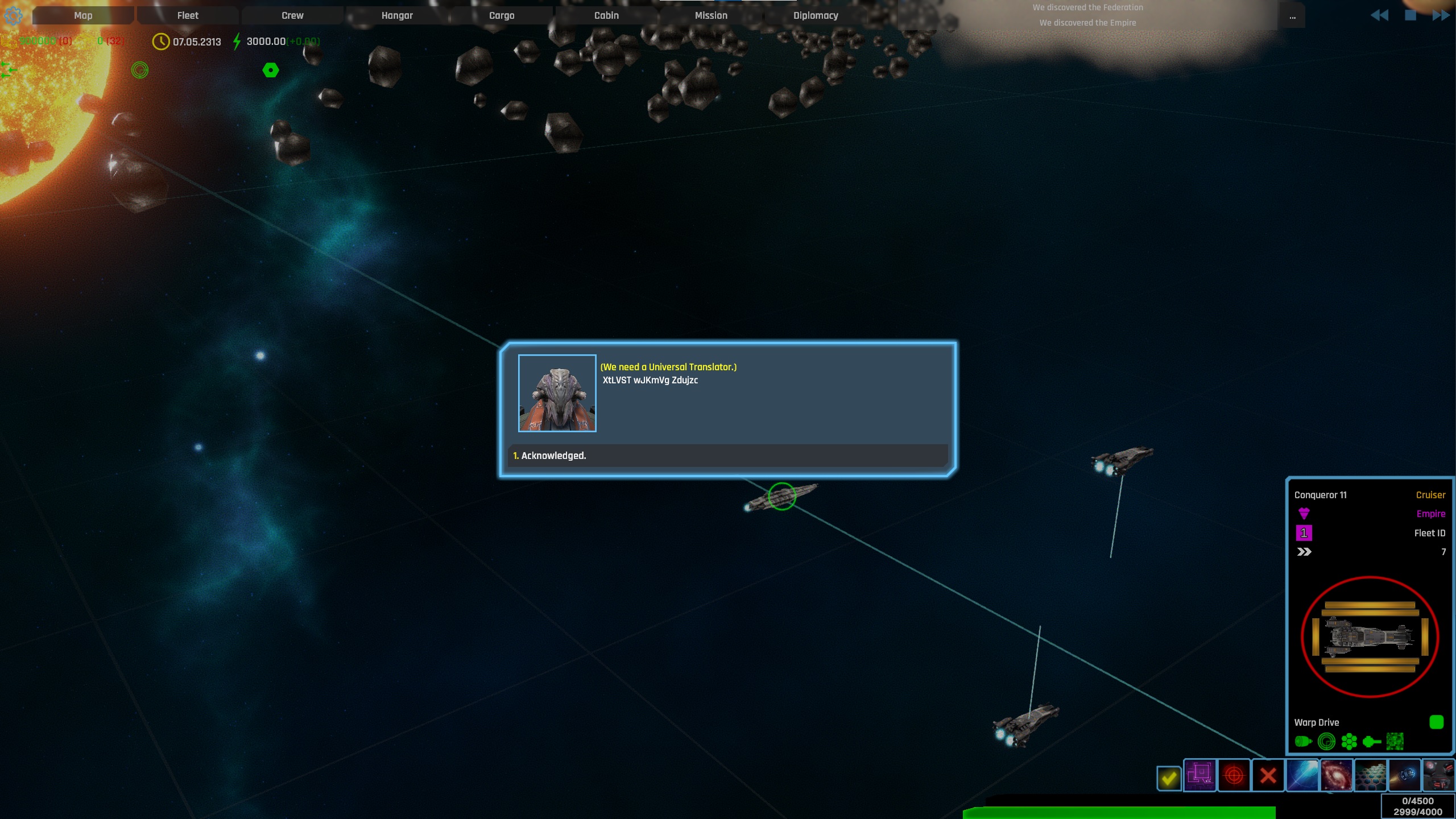 The Universal translator is a component that can be installed in one of fleet's ships and yeah, you know how it works... 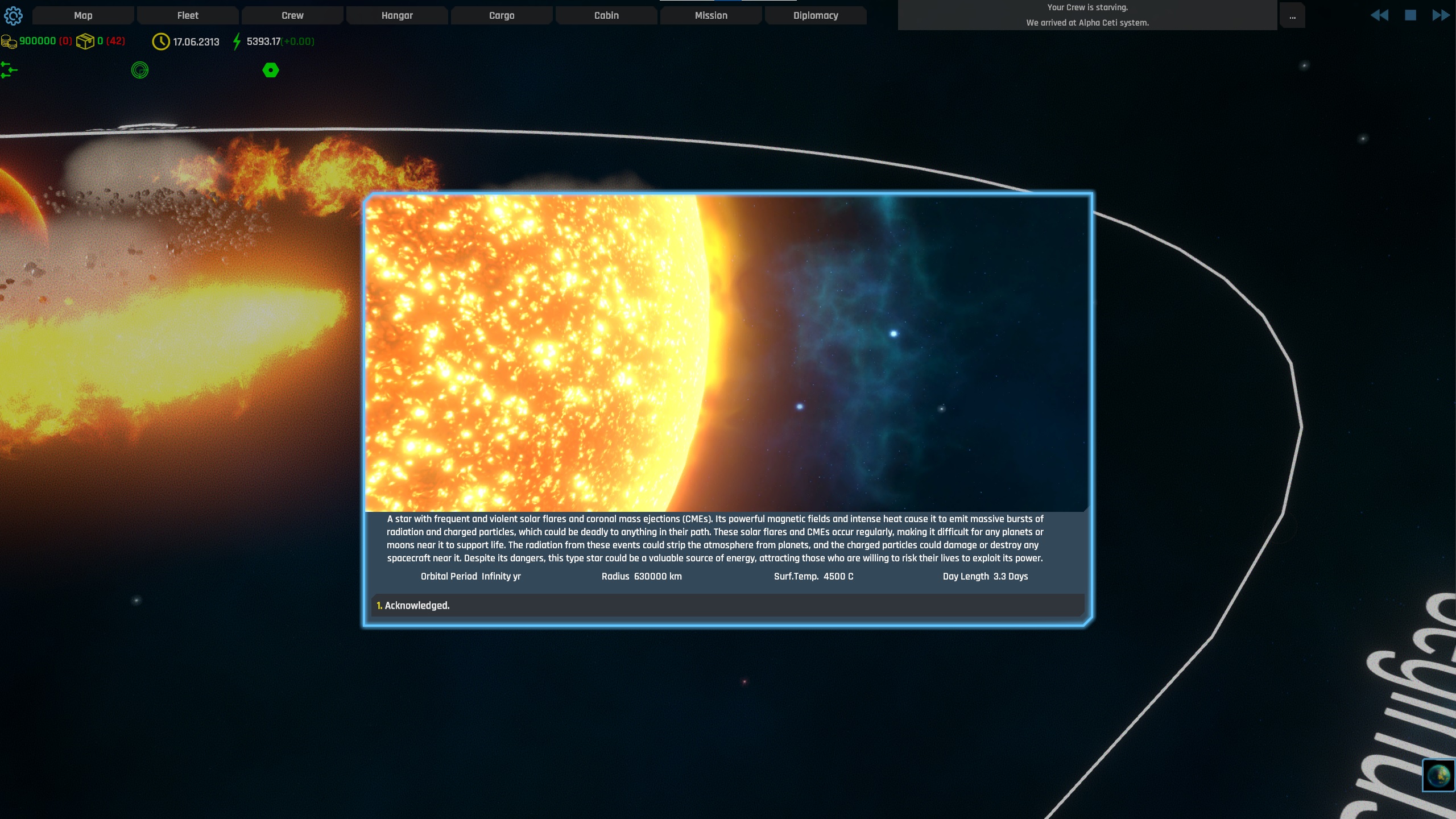 Every Star/Planet/Planetoid has its own description with valuable information for the space traveler. 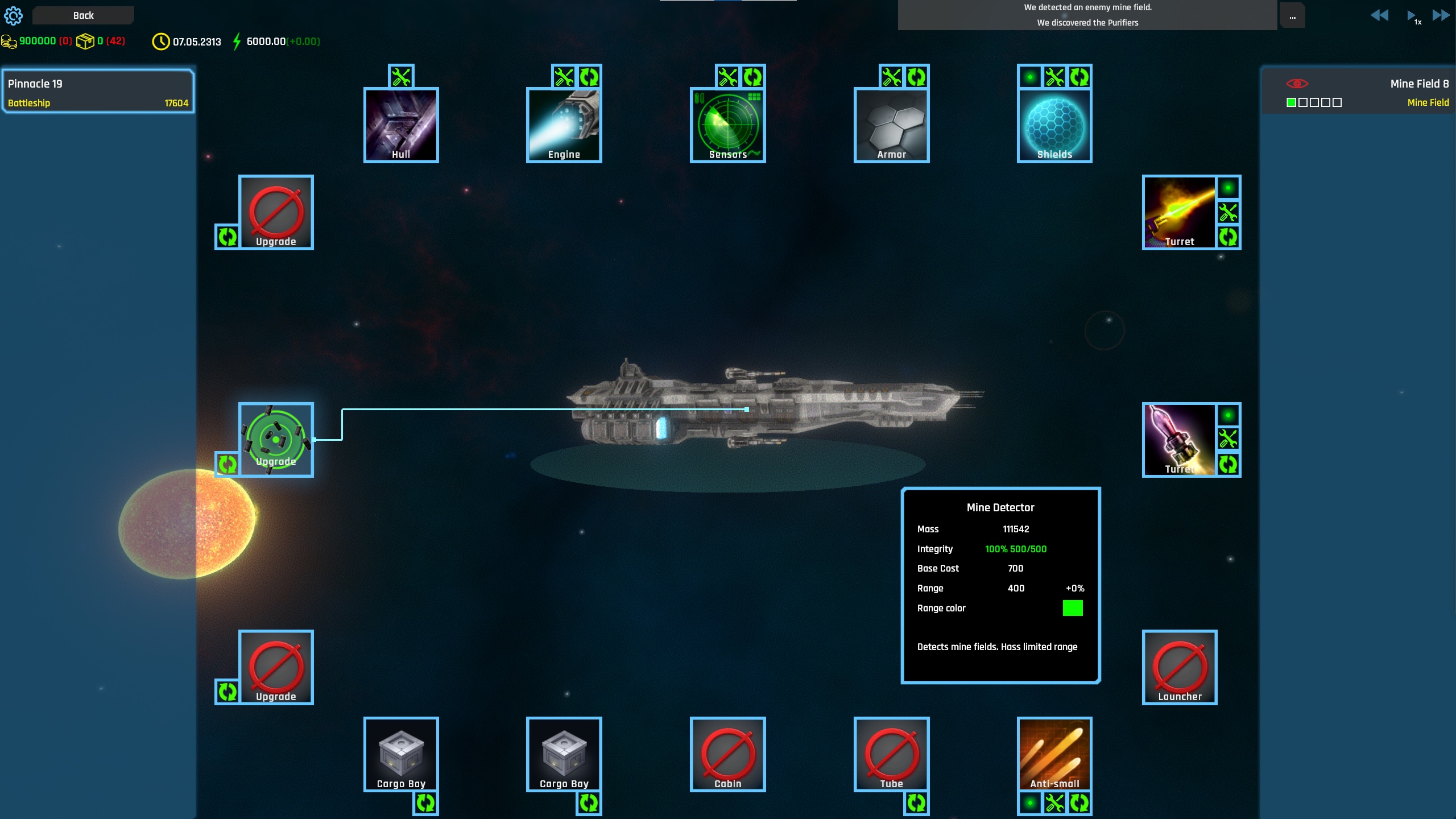 Retrofitting is the process of modifying existing systems or structures to make them more efficient or functional. There is a variety of components that can be found or bought (legally or not) across the galaxy. Each one of these components can be damaged during battle and repaired later.

That's all for now, I hope you enjoyed the reading and found something interesting.

Greetings everyone to another update of Stellar Insurgency. This is probably the last update before the release of the demo which is planned around April...

In this post I will write about the quest system, the crew screen, exploration events and orbital space stations.

Interesting... and a very elegant solution to give both a sense of scale to solar systems (a must in my book, it's the immersion thing) while also not wasting a players game time, (another must).