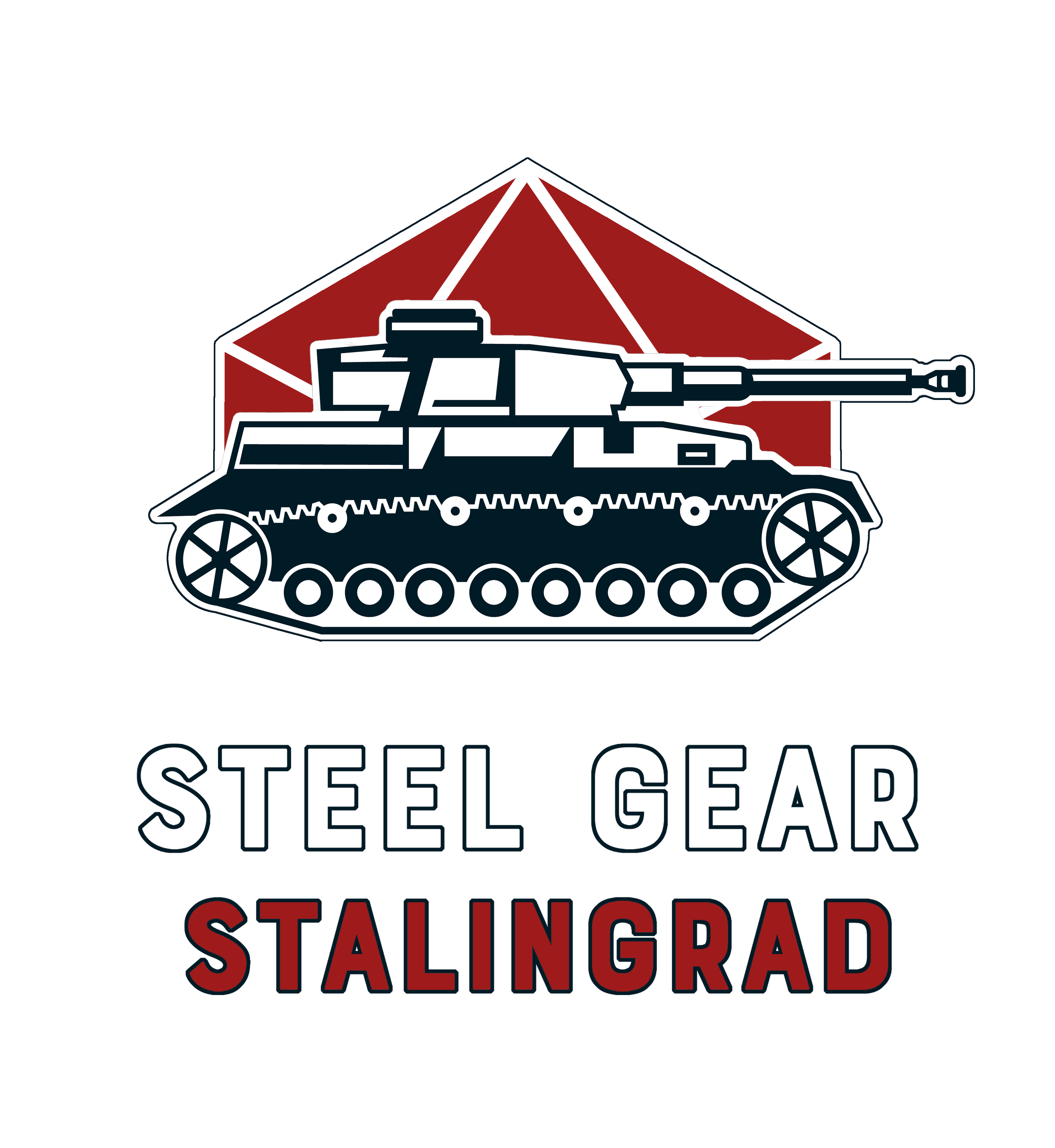 Steel Gear Simulator is an indie project to develop a multiplayer simulator about World War II. The project is designed to get a highly detailed simulation, a great immersion, and hardcore experience. The primary goal is to put together player-controlled tanks, planes, and ships in the same battles.

The project was conceived with the need to have a proper combat simulator with multiplayer tactical cooperation, in-game progression and the integration of different kind of vehicles and weapons. These features had to be made with historical perspective, and there had to be big battle maps to put all together. These battles had to be continuous and with night/day cycle. The simulation had to be very immersive, due to that, all the vehicles had to have interiors, and the game had to have a highly detailed interaction but, at the same time, had to be a fun experience.

In the market there are games that provide a few of these features but not all together and, in general, they force to the player communities to spend their time editing missions and to spend their resources to make them come alive.

Moreover, this is how Steel Gear Project was born. A simulator to put all of these together, a simulator that gives the battles to the players to let them make the simulation. 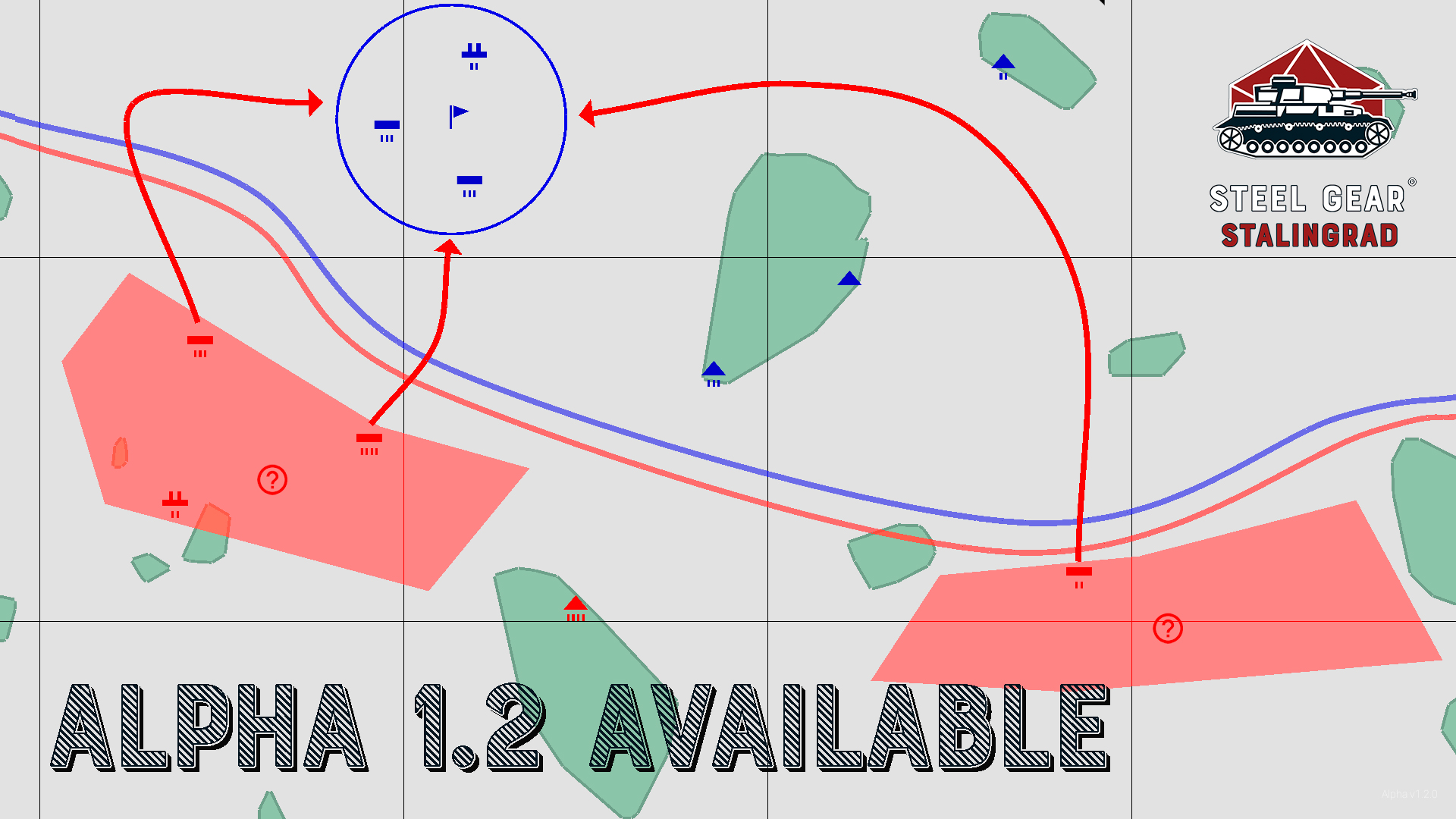 The Alpha 1.2.0 of Steel Gear: Stalingrad is available for all the owners of the game. This new version is necessary to access the game.

The main features of this major version are the new Tactical Map, the rework of the Damage System and the new Vehicle Management Window. Also, the version includes other changes that you can check in the changelog.

Check this video of two random combats in version Alpha 1.2 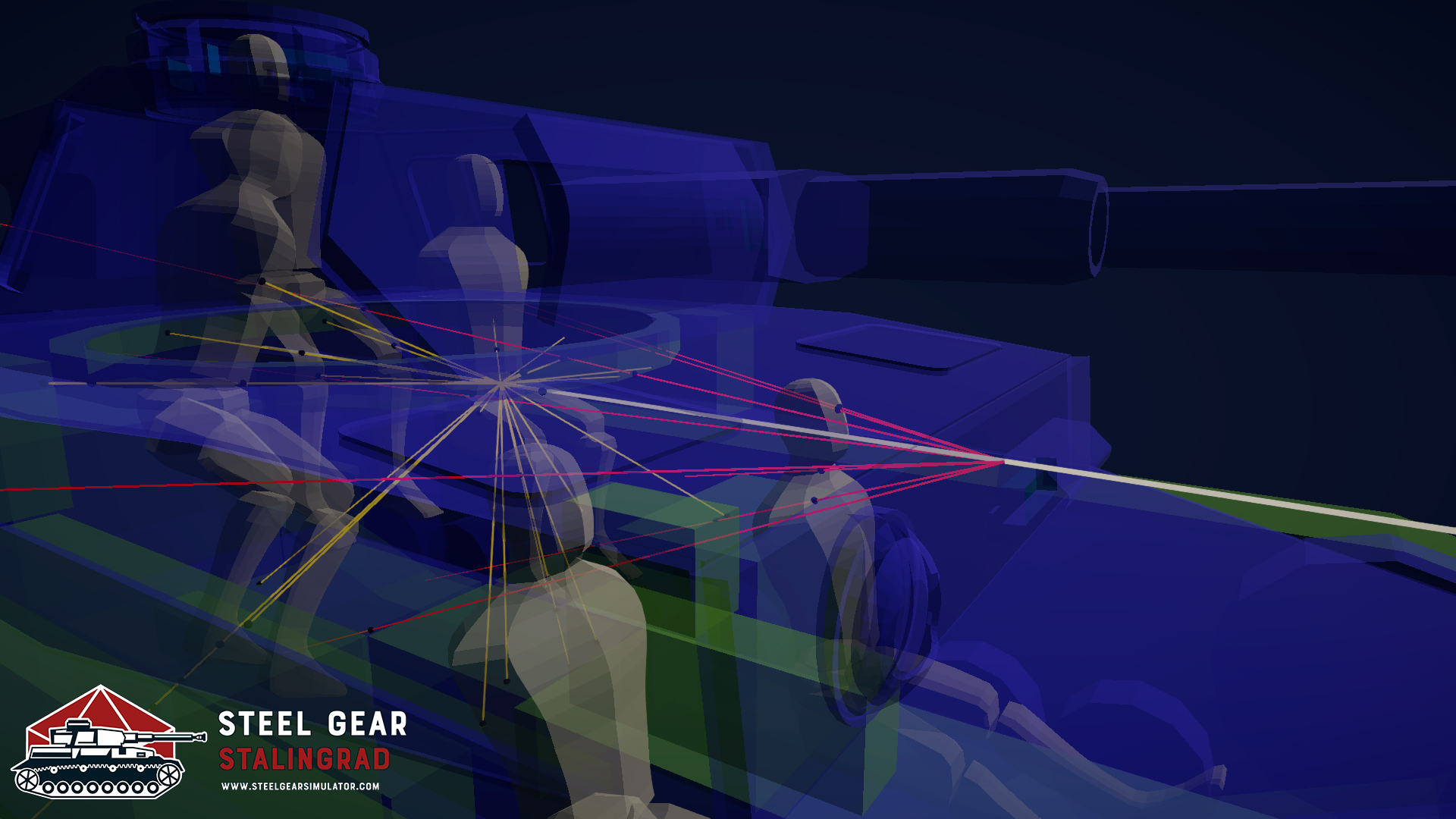 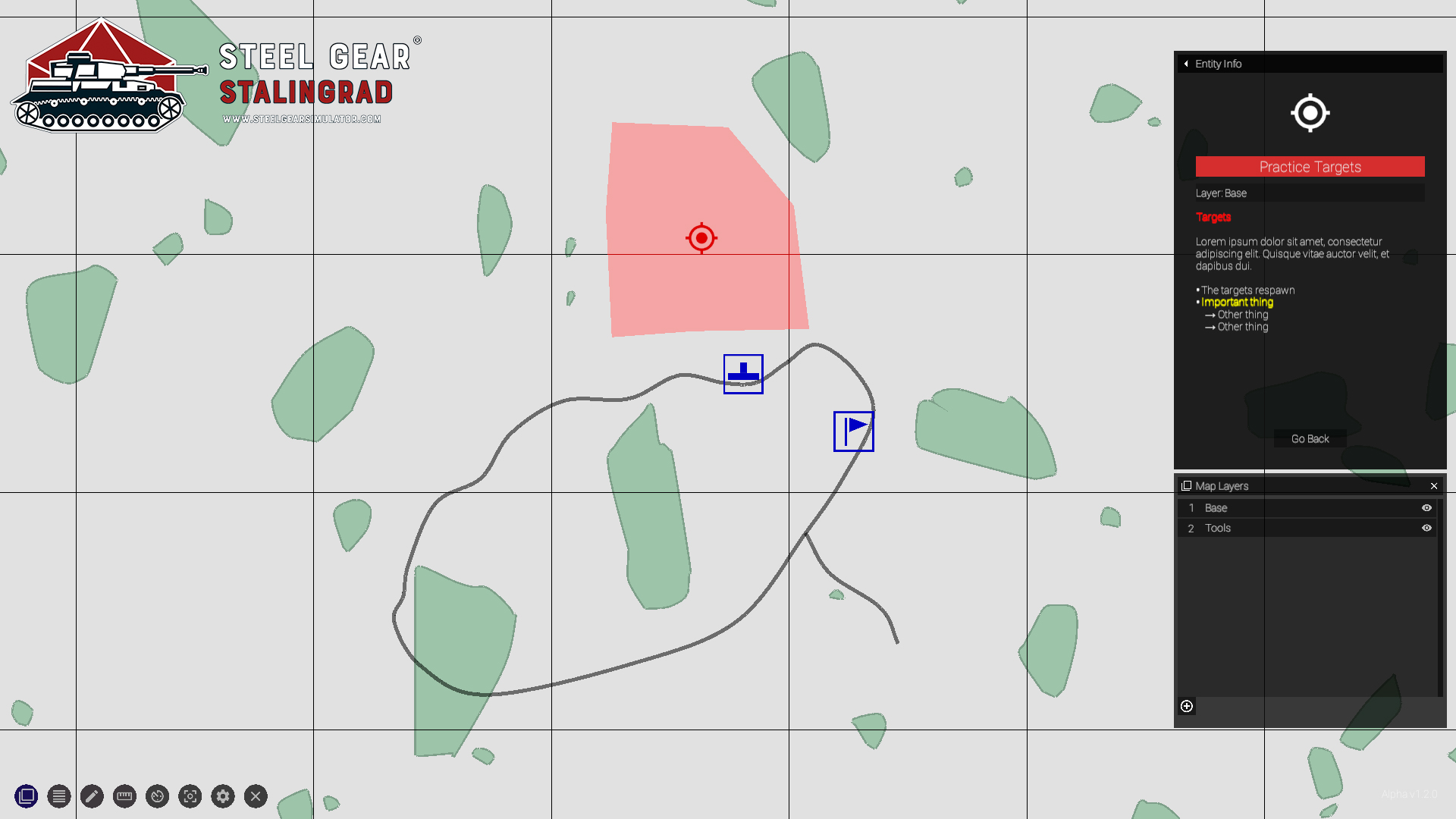 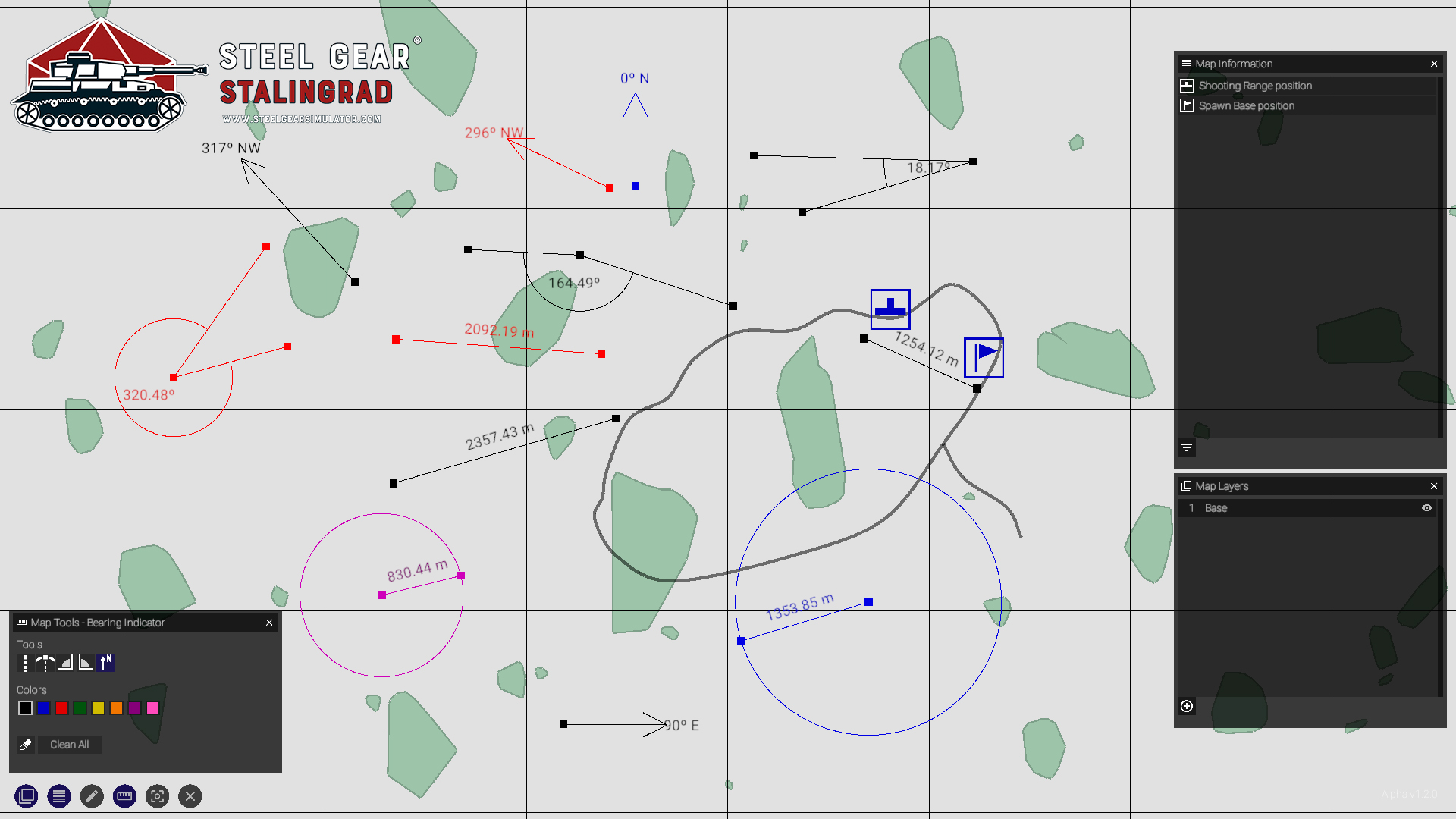 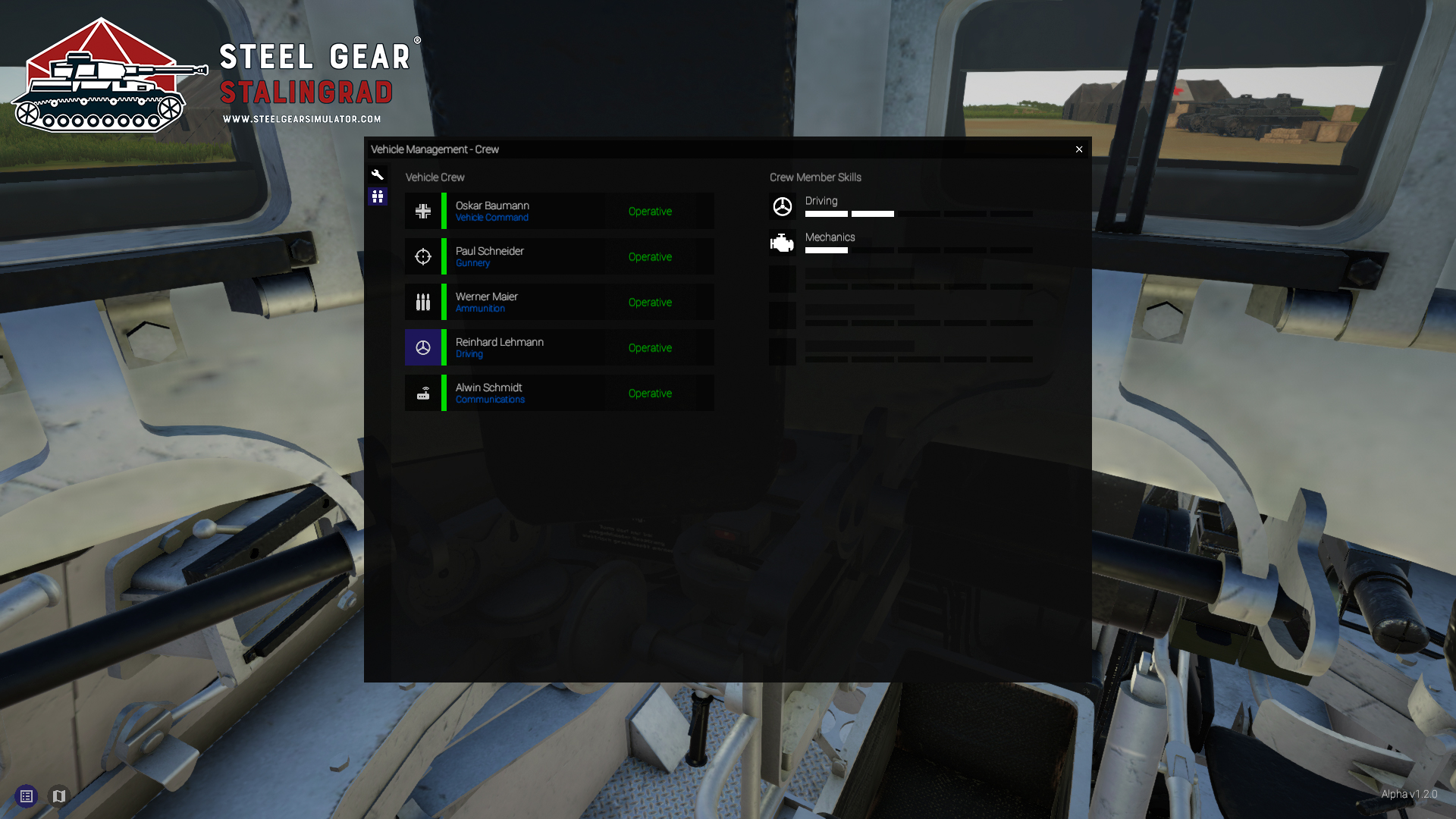 The next June 30th it will end the public access to the Alpha version, this means that it won't be possible to acquire the Alpha Early Access from the...

With the release of the early access version, a few features were released uncompleted due to the lack of time at those days. The damage system was one...

The Alpha 1.1.3 of Steel Gear: Stalingrad is available for all the owners of the game. This new version is necessary to access the game.

The patch Alpha v1.1.1 has been released. This update should fix all starting errors of the last version. The download of this version is recommended...

Looking foward to see more from this.

Shut up and take my money!

Awesome game! I'm super hyped and will definitely buy! (hope i dont get disappointed with greedy after-release stuff like many developers do these days) Anyway, I had a pretty important question! I love modding games, and this is a game that, when it comes out, I'd definitely love to mod. Will modding support be a thing?

The website for Steel Gear is down! Is everything ok?

Yes, it was maintenance.

Looks good. Definitely getting this when it comes out.

I am german, i see way to complicated stuff, i like

hopefully this time we'll get a tank mmo game that wont go downhill after a year or two.