Steam Hammer is the first hardcore sandbox RPG featuring survival elements that is set in the dark and mysterious steampunk world of Saol.

You’ll get to fight both on land and in the air, use your steam jetpack to hijack enemy airships and assault impregnable forts protected by turrets! Free PvP for 64 players with a non-target combat system.

Modify the terrain to suit your needs. Create mines, tunnels, ditches, mounds – you name it!

The game features two races: Technocrats from the Victorian Empire with all their might and steam-powered artifacts, who are at war with the Acribian rebels that keep the secret of fusing mechanisms and living flesh together. Each race has its own crafting tree, unique weapons, equipment and architecture.

There is an open class system with various skills to develop: engineer, scientist, farmer, gunsmith, stormtrooper, sharpshooter and lots more – choose your own skill set!

Stay alive on the Acribo islands, reveal all their mysteries, harvest priceless celebrium, develop your technology, fight and conquer! 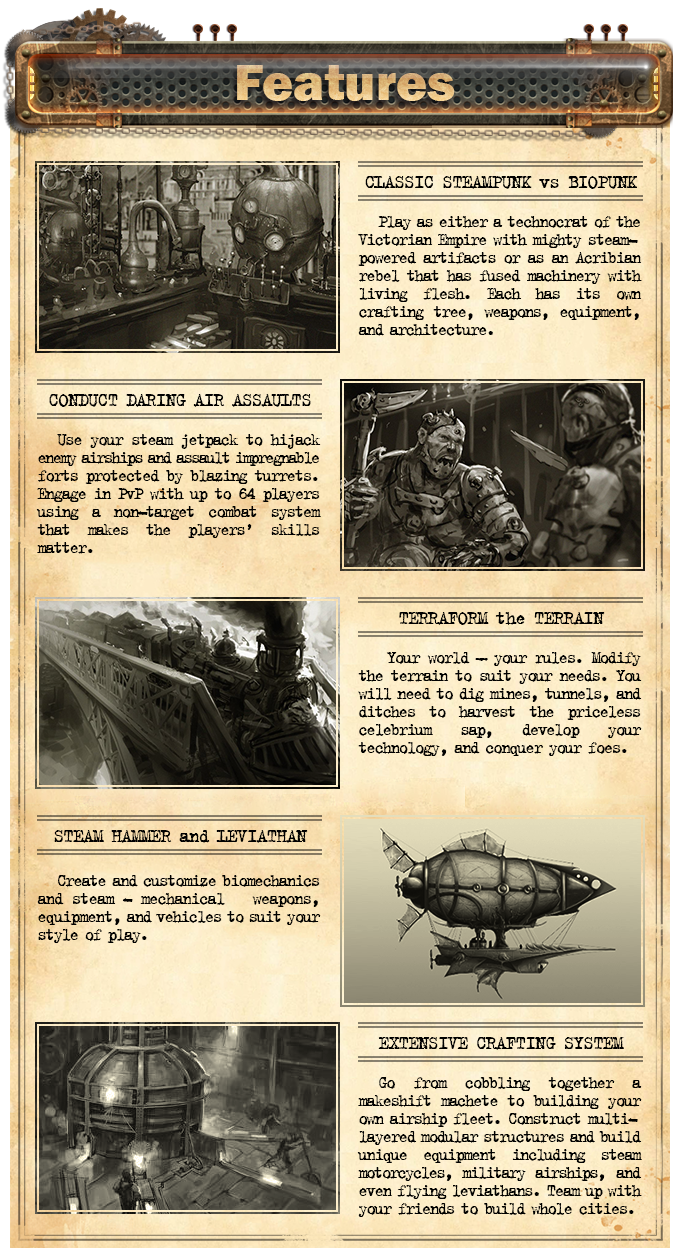 First ever steampunk sandbox RPG with a multiplayer coming soon!

​We’re the SF team behind Steam Hammer, the first sandbox-style RPG in a steampunk setting.

In August of this year we got the greenlight from Steam to start signing up alpha testers, and so far we’ve raked in over 10,000. That has been a huge indication for us of how many people really want to play Steam Hammer. And so, with that in mind, we’re launching a Kickstarter campaign that will help us wrap up development faster and add some great new elements we have in mind to make the game even better. To learn more, check out our Kickstarter page.

If you don’t have time to read anything else, just watch our promotional video.

Steam Hammer is the first hardcore sandbox-style RPG set in a dark and mysterious steampunk world. Experience the intensity as you try to survive on the mysterious Acribo Islands. Steam Hammer features:

If you have any questions, definitely let us know. We’ll do our best to answer them!

Here is a brief update on the main features of the game which will help answer some frequently asked questions. 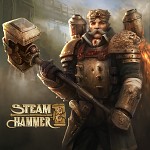